JORDAN PICKFORD faces six weeks out in a Euros scare for England.

The Everton keeper could be sidelined until May and may only make a couple of appearances before going off with the Three Lions. 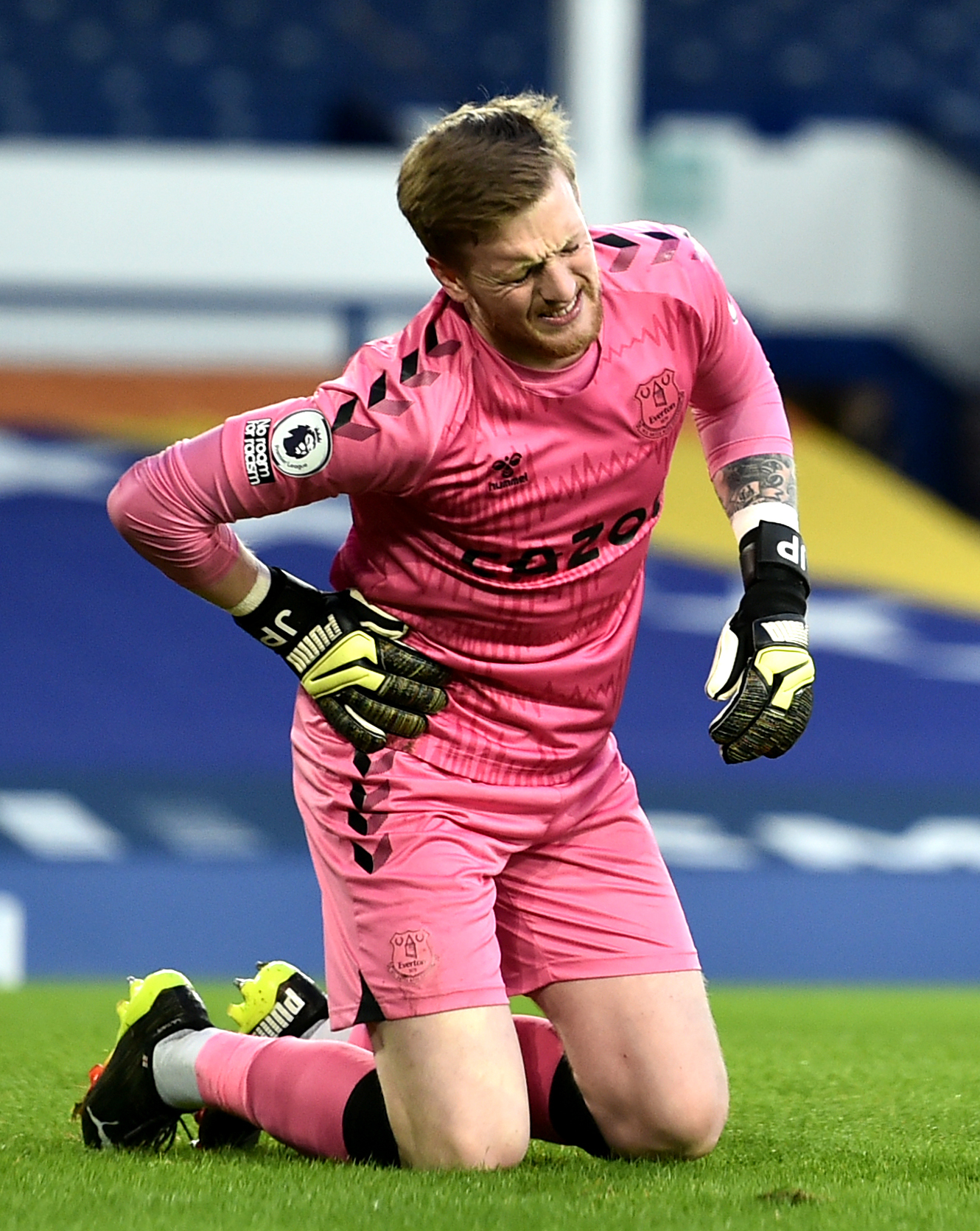 Pickford, 27, needs to rest a muscle injury in his side, having not taken enough of a break when he first did the damage earlier this season.

Everton’s medical team have found out the problem was aggravated when Pickford made a save last weekend against Burnley.

Toffees boss Carlo Ancelotti is stunned by the setback, that could hurt his team as they chase a European place.

The Italian is frustrated that Pickford has broken down a second time after Goodison staff thought he was clear of the problem.

But the bigger concern will be for Three Lions boss Gareth Southgate.

He is without his first-choice keeper for three World Cup qualifiers this month, starting with San Marino on Thursday.

And he will hope Pickford is 100 per cent fit for the summer.

Southgate called up West Brom shot-stopper Sam Johnstone for the first time in the absence of Pickford.

Burnley's Nick Pope and Manchester United's Dean Henderson are the other keepers in the mix to deputise for the England No1.

Everton were knocked out of the FA Cup by Manchester City on Saturday.