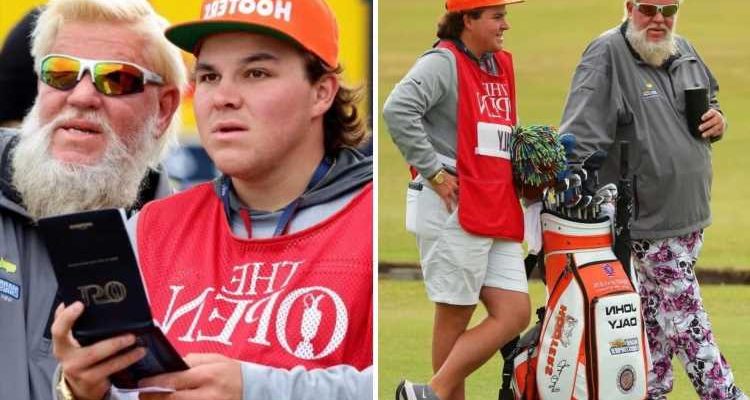 JOHN DALY showed off his love for favorite chicken-chain Hooters during his first round at The Open. 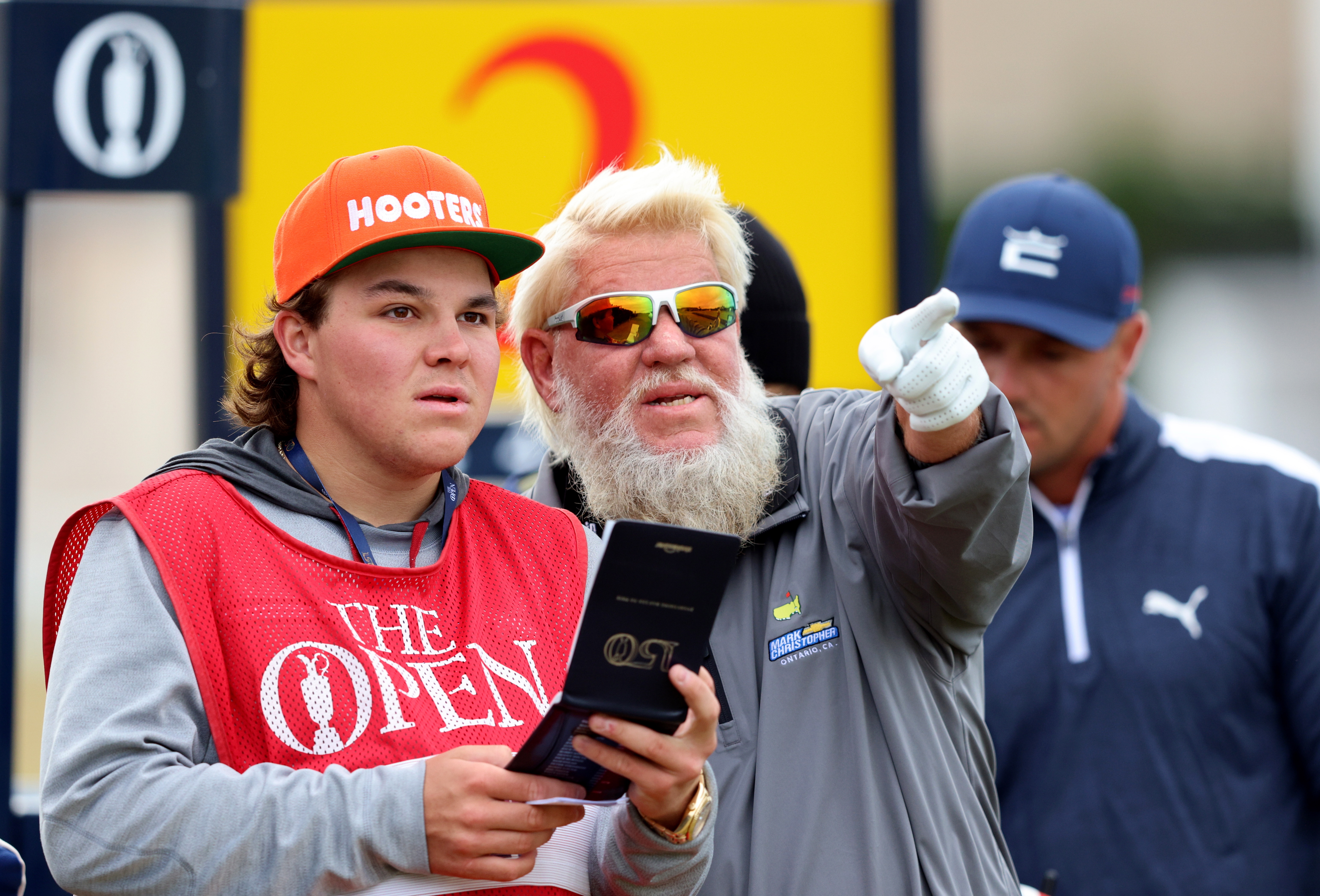 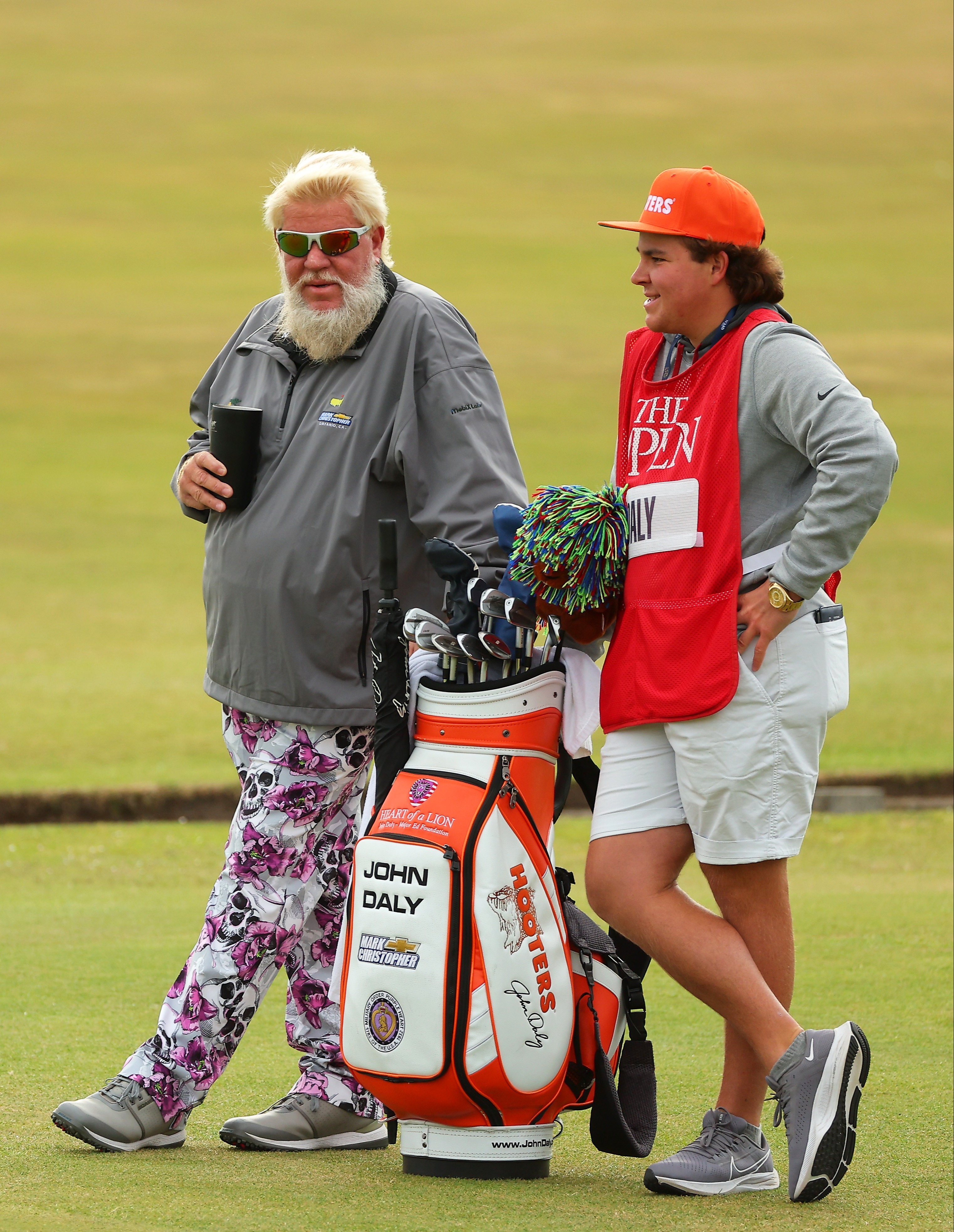 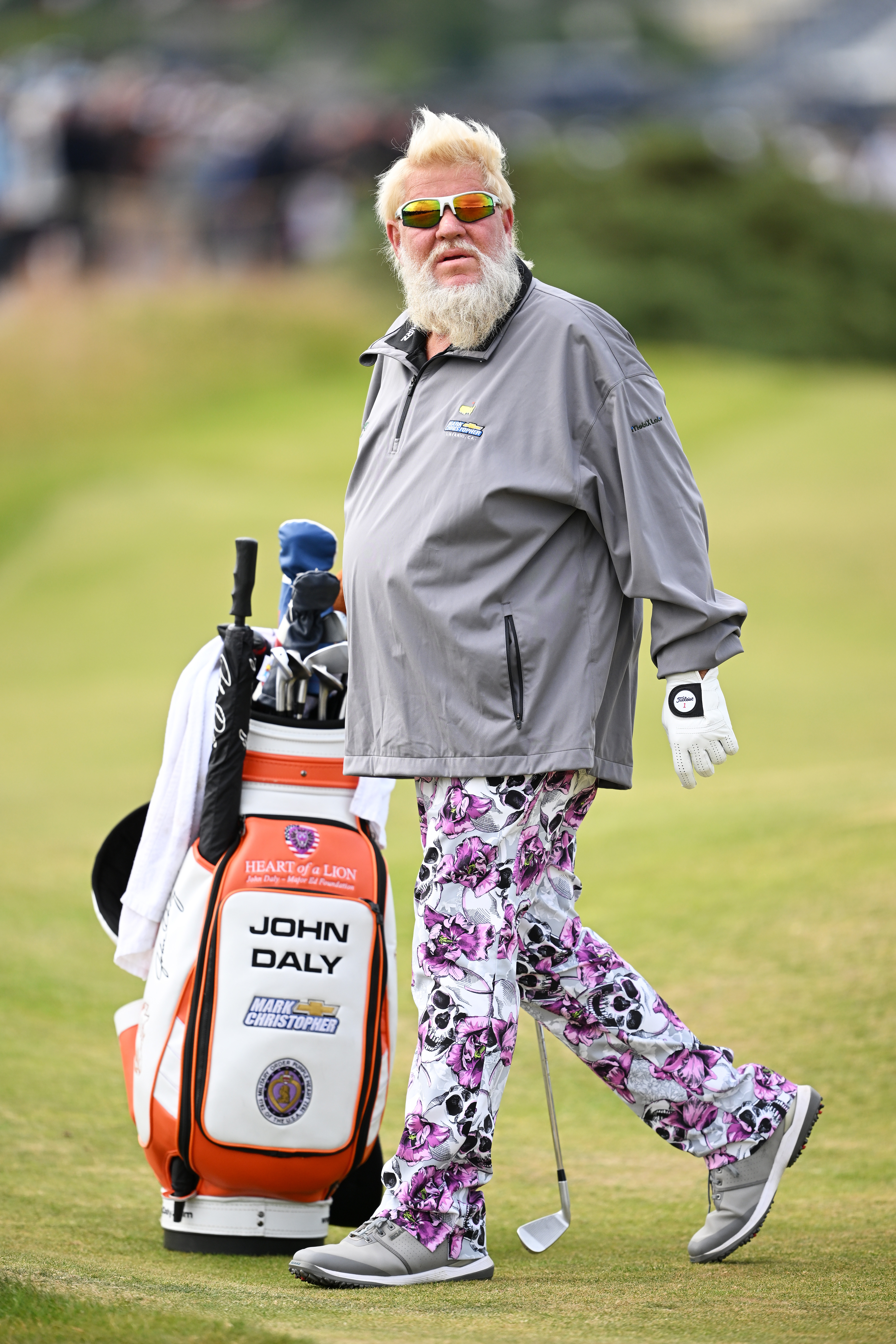 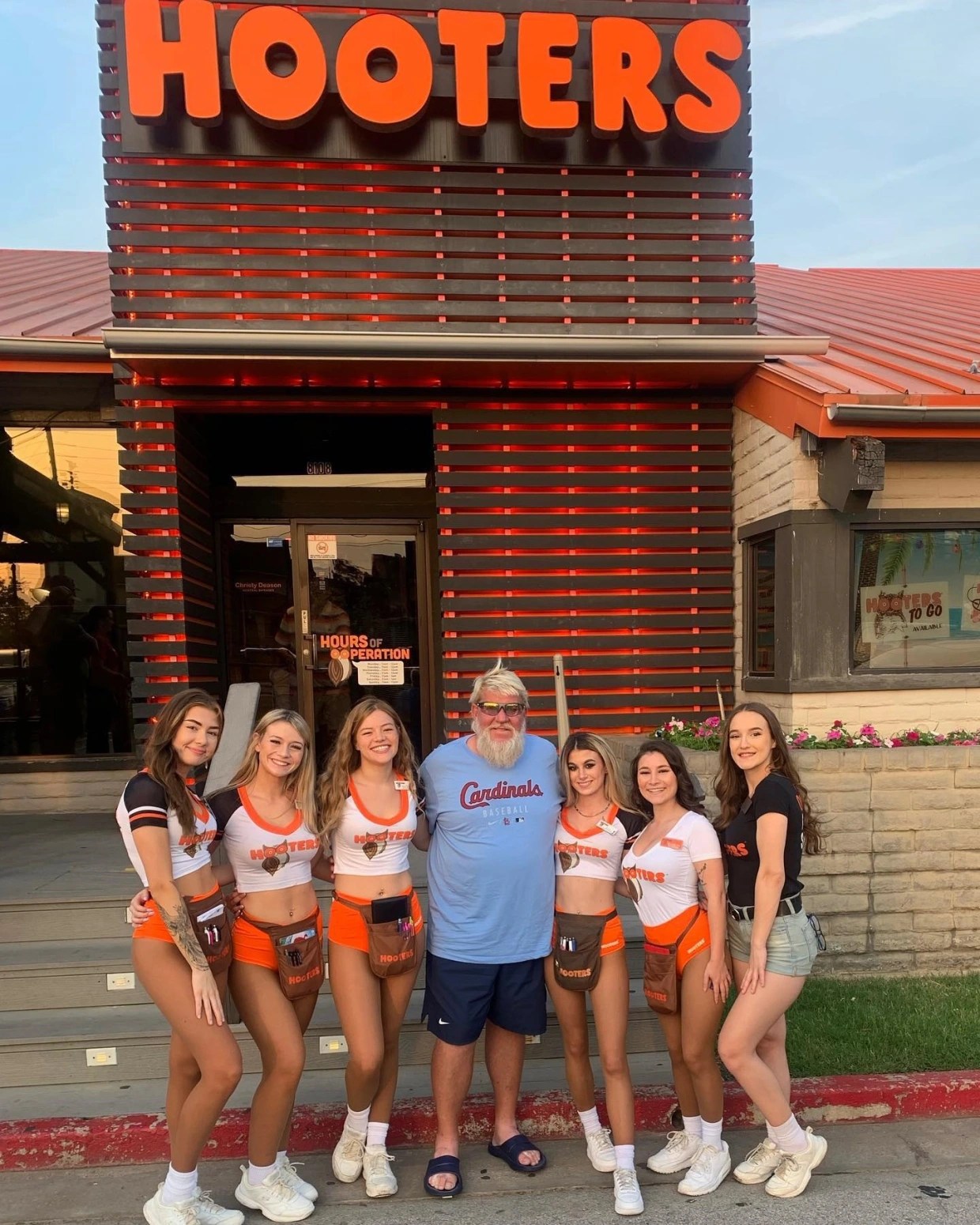 Daly has long professed his love for Hooters, whose unique blend of chicken wings, beer pitchers and crop-top-wearing waitresses have made it a global hit.

The 1996 Open champion – alongside caddy son John II – brought their love of good chicken to Scotland on day one of the 150th Open.

Daly's bag featured a large Hooters logo down the side and was also decked out in the restaurant's distinctive orange and white colors.

While Daly II sported a bright orange cap of his own with the Hooters logo in pride of place.

The American star – known as Wild Thing for his eccentric persona on and off the course – signed a sponsorship deal with Hooters back in April.

He wrote on Twitter: "Can’t express how excited I am to be back with my Hooters family & having my son beside me on the next generation!

"Couldn’t ask for a better relationship & proud to represent the world wide brand!"

The 56-year-old revealed that he has been in some way involved with the brand since 2001.

And keeping it in the family was a must – as John Jr is a huge fan of their grub.

Daly said: "It’s a great deal for me and my son, because he loves the Hooters food – so do I.

"I’ve kind of been with Hooters since 2001; some years I’ve been under contract, a lot of years I wasn’t.

"But [Hooters marketing] said ‘We want to sign you and your son. And you’d be really, truly part of the Hooters family like you are.’"

FIT FOR A KING

Daly is renowned for his incredible on-course diet, which typically consists of numerous cans of diet coke and cigarettes.

He wore an outrageous red suit to the Past Champion's Dinner earlier this week, before hitting the course for a smoke and some putting practice.

Fans were delighted to see the veteran perform so well at this year's USPGA – with Daly heading out to the local Hooters after his round.

And he was recently videoed driving a golf ball OVER a busy interstate in Ohio.

While Pat Perez shared a crazy story about how Daly once left hospital just SIX hours after having a stroke – to return to a house party and continue drinking.

Daly was on strong form on the first day of today's tournament, carding a +1 and give himself a chance of making the cut. 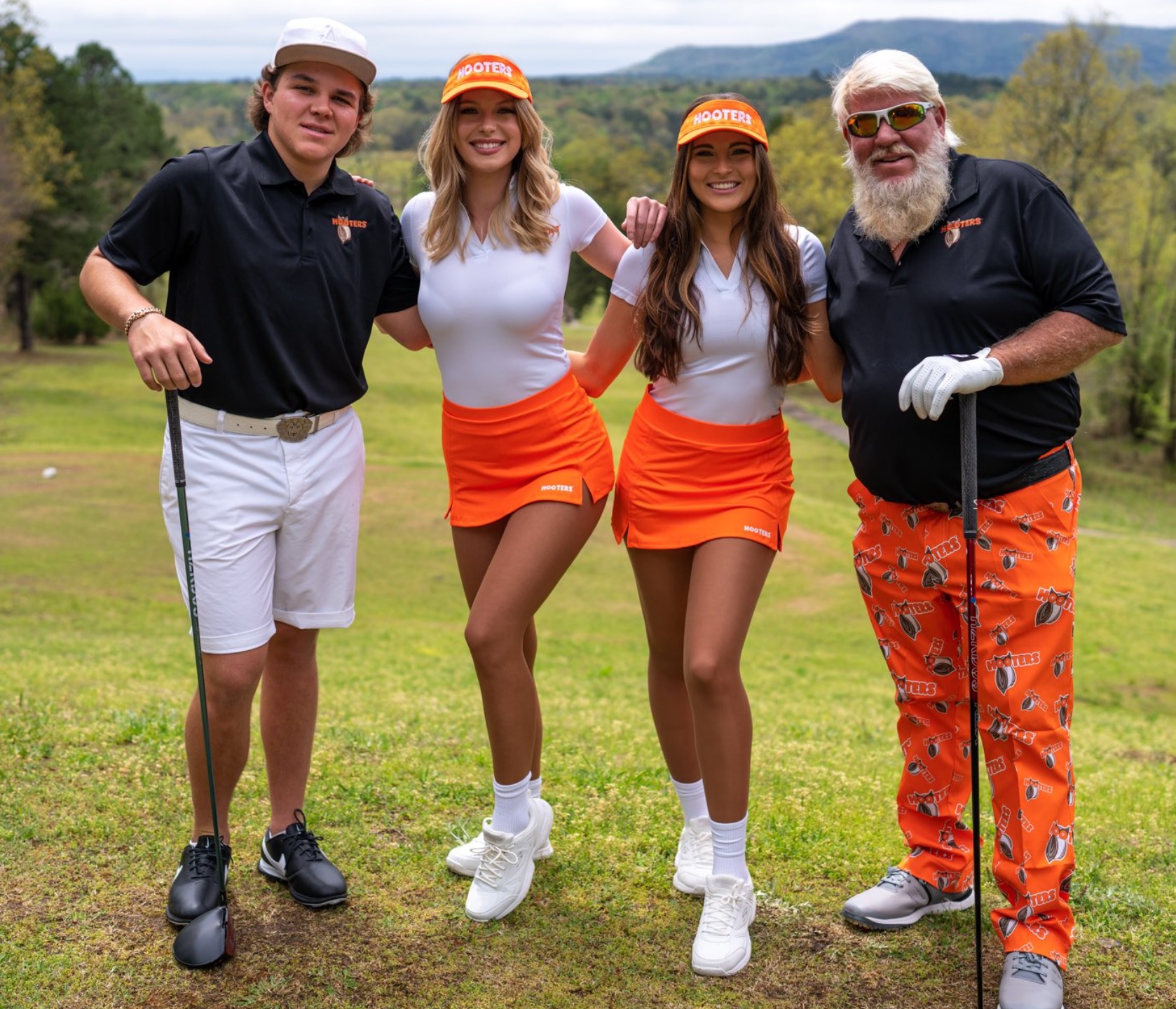