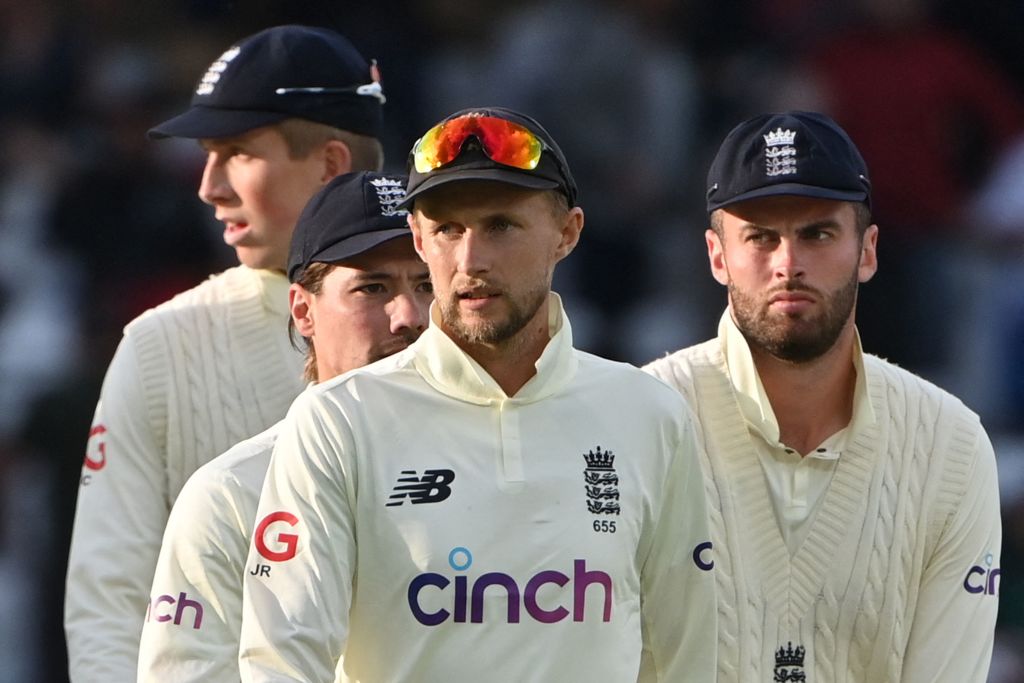 Joe Root deserved to see England escape with a draw at Trent Bridge following his excellence with the bat, but the England captain’s heroics were the only aspect of his team’s batting that appears coherent as they begin the second Test at Lord’s today.

Let’s start at the top of the order with Rory Burns and Dominic Sibley. The left-handed Burns was named England’s man of the series in the two Tests against New Zealand earlier this summer but his quirky technique, where his bat lurches around like a bulrush in a gale, has too many moving parts to be reliable.

It is a bit like Jim Furyk’s golf swing — it works when confidence is high but falters under duress, and there is plenty of that in Test cricket. That high, wavy, back lift also makes it difficult to meet the ball softly, something crucial when defending against swing or seam. Not every successful batsman has a pure technique but when five of your last 12 Test innings have been ducks something needs changing.

His opening partner, Sibley, was brought in to give England solid starts after Jason Roy, Joe Denly and Keaton Jennings had been found wanting as openers. The plan was to have a good platform from which to grind out big first-innings totals and then let England’s excellent bowling attack dictate the rest of the game.

Be careful what you wish for. Sibley’s grind is one that goes nowhere. He does have the prized attributes of patience and concentration, and he sells his wicket dear, but if the opposition bowlers probe where most in Test cricket do, in the channel just outside off-stump, he does not possess a run-scoring shot to cope. Even Nick Compton, dropped by England five years ago for overdoing the turgidity, had a Swiss Army knife of options compared to Sibley.

You don’t need many scoring strokes to be a successful batsman. Sir Alastair Cook only had two, maybe three, but you need them to work well. If bowlers err, something they don’t do often in Test cricket, you need to punish them, something Cook did well and Sibley does poorly. As Test totals decline, making the most of those few bad balls becomes increasingly important. Whether Sibley, 26 next month, can find new shots that work for him, is a question England’s head coach and selector, Chris Silverwood, must now be pondering.

Then there is Zak Crawley, who will probably be replaced in this match by Haseeb Hameed, a man who had been in fine form, at least when red-ball cricket was last played a month ago.

Hameed played his previous three Tests against India five years ago but broke his hand. His journey back to contention has been bumpy but that can often make you more resilient, a quality England’s batting lacks.

You have to feel for Crawley who, in 12 months, has felt both of Rudyard Kipling’s twin impostors: triumph and disaster. Since making 267 against Pakistan last summer he has scored just 156 runs from 14 innings at a tail-ender’s average of 11.1. Like his namesake, John, who played for England 25 years ago, Crawley is vulnerable outside off-stump, especially in his judgement of whether a ball needs to be defended, left alone or attacked. It is a simple case of shot selection, but that can become devilishly difficult when your diet is mainly short-form cricket where the batting philosophy is ‘see ball, hit ball,’ often as hard as possible.

There is much more jeopardy to batting in Tests than white-ball cricket though you wouldn’t know that watching some of England’s young batsmen, Dan Lawrence included. Like many of his generation, Lawrence is a curious mix of class and calamity when it comes to Test cricket. He appears a poor starter but even when he gets in, a modicum of pressure from the bowlers seems to bring a false shot, a response almost Pavlovian in its predictability.

He must also lose his habit of being lbw to straight balls that don’t do anything, something Jonny Bairstow suffered from, though he kept getting bowled by them. Tighten up mind and technique, ride out the periods when the bowler is on top with sturdy defence, and Lawrence could yet crack Test cricket. Given these are the qualities that Root presents time after time, it makes you wonder whether these players watch their captain bat even when they’re at the other end.

As with Crawley, Lawrence will almost certainly miss this match with all-rounder Moeen Ali, replacing him.

Moeen’s bowling against India, especially at home where he has taken 31 wickets at 22.2, has been highly effective, something Root hopes will continue despite Lord’s usually yielding its spoils to pace bowlers.

England’s captain needs as many options for wickets as possible, especially as he is without Stuart Broad, with a torn calf, and potentially also fellow veteran James Anderson, who has picked up a niggle.

As a batsman, Moeen possesses a vast array of shots and boundary-hitting intent, which makes him the opposite of Sibley. These days he is, without putting too fine a point on it, an elegant slogger, though whether that will work against a fine bowling attack like India’s, which demands patience, a sound defence as well as an opportunistic eye to take toll of anything loose, is something we shall discover soon enough.