JACK GREALISH reckons his City and England team-mate John Stones could have made a good rep in Tenerife.

But the former Everton defender was not so sure – saying he would have looked for another job in sport had he not been a footballer. 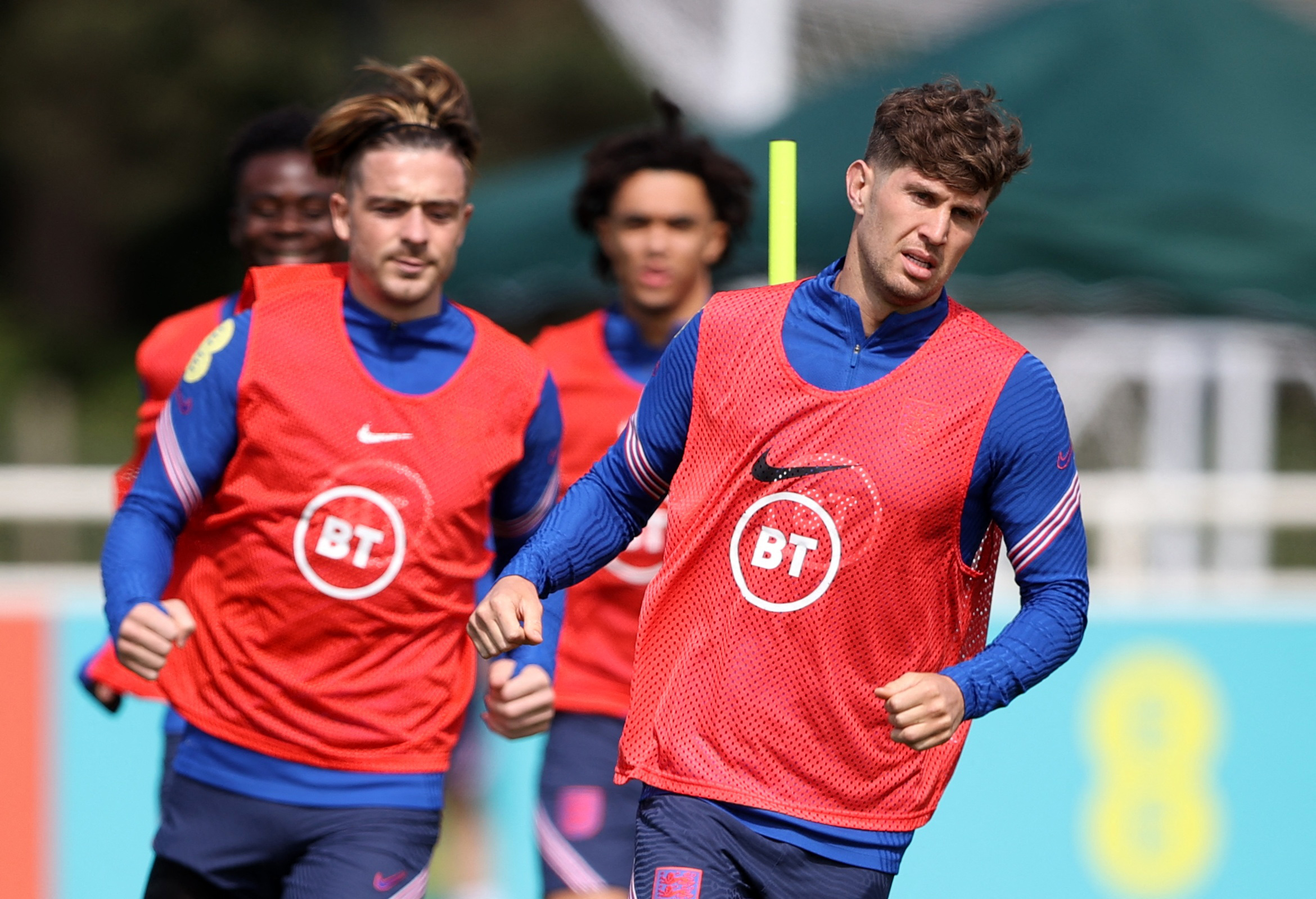 The pair – who are currently on Three Lions duty – teamed up with Belgian youngster Romeo Lavia at the launch of Sure’s new 72 Hour Nonstop protection antiperspirant.

Stones was asked what his occupation might have been if his football career had not worked out.

Grealish replied: “I could see him as a rep in Tenerife."

Former Everton defender Stones laughed and replied: “A rep?! Ah – I don’t know. I would be something in sport.”

Former Aston Villa skipper Grealish sprang a surprise when he was asked who his favourite player is.

With a nod to his days at Villa Park, he said: “Gabby Agbonlahor and Lionel Messi.”

Lavia claimed he had never heard of Agbonlahor – to which Grealish said: “Do you not remember him on FIFA? He was rapid. No?”

Grealish was also asked whether he had put a lot of work in to get his famous calves the way they are.

BACK OF THE NET

He smiled: “Never, I’ve never done it in my life. They are just natural. Au naturelle.”

Meanwhile, highly-rated youngster Lavia had his team-mates raising their eyebrows with his reply to a question about which City player he was most excited to play with.

He said: “Kevin De Bruyne – because he’s Belgian as well."

When Grealish looked surprised, the youngster said: “You weren’t there, bro.”