JOHNNY SEXTON sees a rare century is within reach — but he is only thinking of Wales and the 100 things that could stop him getting there.

Ireland captain Sexton could win his 100th cap during this Six Nations campaign as he needs just five more appearances to become the country’s seventh centurion. 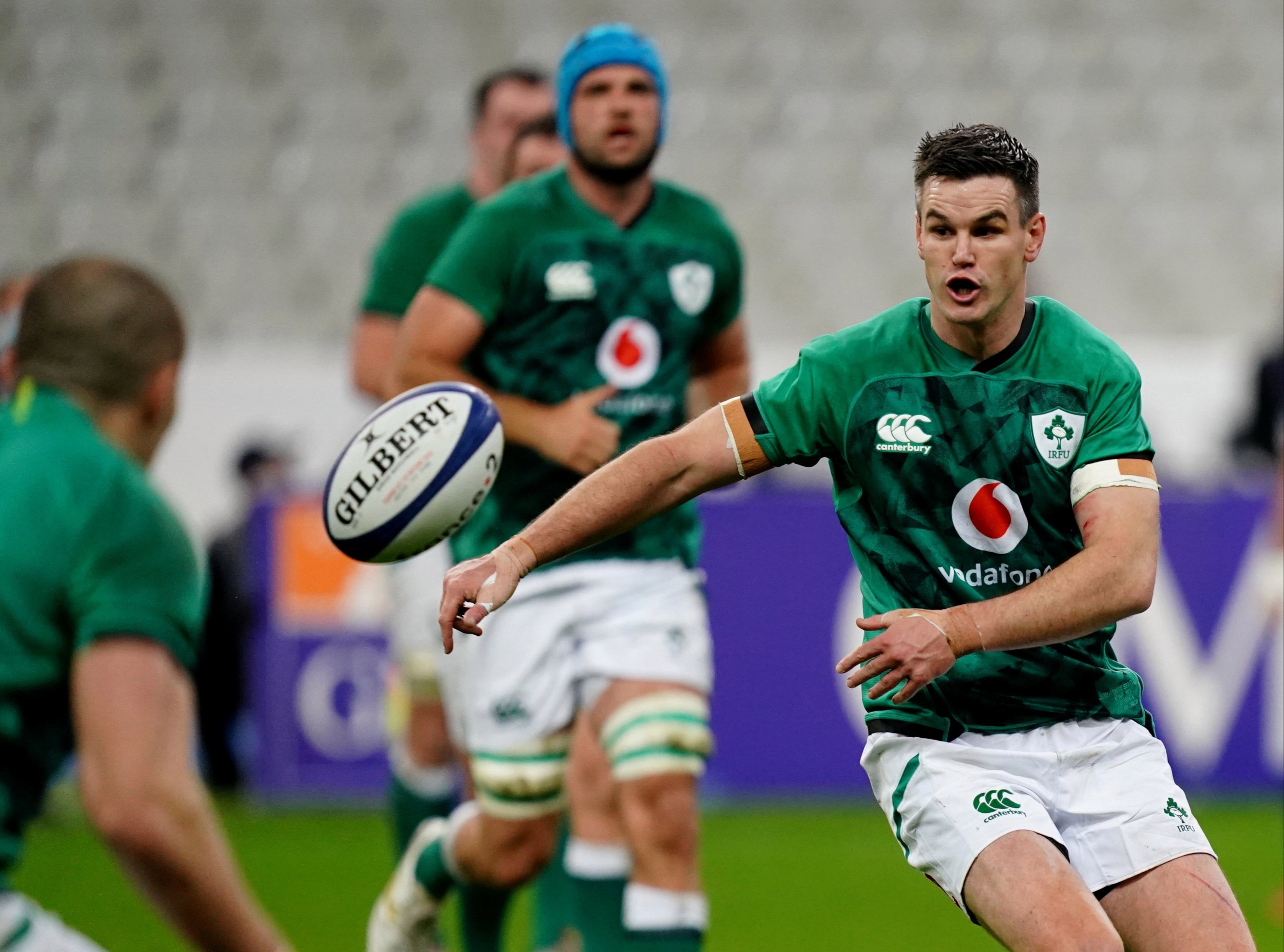 It is something that is at the back of his mind — having seen pal Cian Healy achieve it last year.

The pair were called into their first Ireland squads at the same time, for the 2008 Six Nations.

Sexton said: “It does come in the odd time, it would be a pretty special milestone to get to.

“For me, when you get your debut at 23, you never imagine 100 caps will be possible.

“It would be a special group to get into. They’re all special players in their own right. Of course I’d love to get there.”

Sexton added: “Whether it happens or not is another thing. It’s another little bit of motivation but that’s very much down the line.

“All my focus at the moment is first getting over this small little niggle I picked up and then second of all, performing well in training to get picked for the Wales game.”

A slight hamstring strain forced him off last weekend in Leinster’s PRO14 win over Munster though all bulletins from the Ireland camp suggest the 35-year-old should be OK.

Ireland will travel to Cardiff next Sunday with Wales lacking the aura they have had in recent years.

Indeed, Pivac’s reign to date has seen him earn just three Test wins from nine — beating Georgia once and Italy twice — though there were tight games with France, England and Scotland.

The PRO14 table also suggests Ireland should be well clear.

The four Irish provinces occupy the top two spots in each of the conferences.

But Sexton is all too aware of what Pivac’s teams are capable of having been turned over by Scarlets in the past, most notably the 2017 PRO12 semi-final.

He said: “I played against Scarlets a few times with Wayne as coach and they challenge you defensively.

“They have players across the pitch, they love to throw the ball around, play wide, offload.

"If you’re able to defend that well, it nullifies it a little bit.

“He has had great success with the Scarlets and he hasn’t had the start he would like with Wales but sometimes it’s small margins at international level.

“And in a few of those games, especially the game against England, they ran England unbelievably close and dominated the first half.

“There were lots of signs that they’re turning a corner — they’re are a very proud rugby nation. I’m sure they’ll bounce back well for this campaign.”

He said: “We expect nothing but Wales to be at their brilliant best come Sunday week.

“I’ve no doubt that after the autumn they were back into camp over Christmas and showing everyone that they’re up for being contenders in this Six Nations like everyone else.

“Look, they’ve got a few people back from injury that are pretty key to them like everyone has in their squad.

“Ken Owens is a big one, Josh Navidi, etc . . . they’ll be very confident come the first game, I’ve no doubt.

“They always worry you, Wales, especially over there in Cardiff.

“Look, it’s a new start for them as it is for us and they’ll have a few older heads back that will give them good experience.”