ARSENAL travel to Rapid Vienna in the Europa League on Thursday and Mikel Arteta is likely to ring the changes.

New signing Thomas Partey is expected to be handed his first Gunners start with in-form youngster Eddie Nketiah starting in an attacking role. 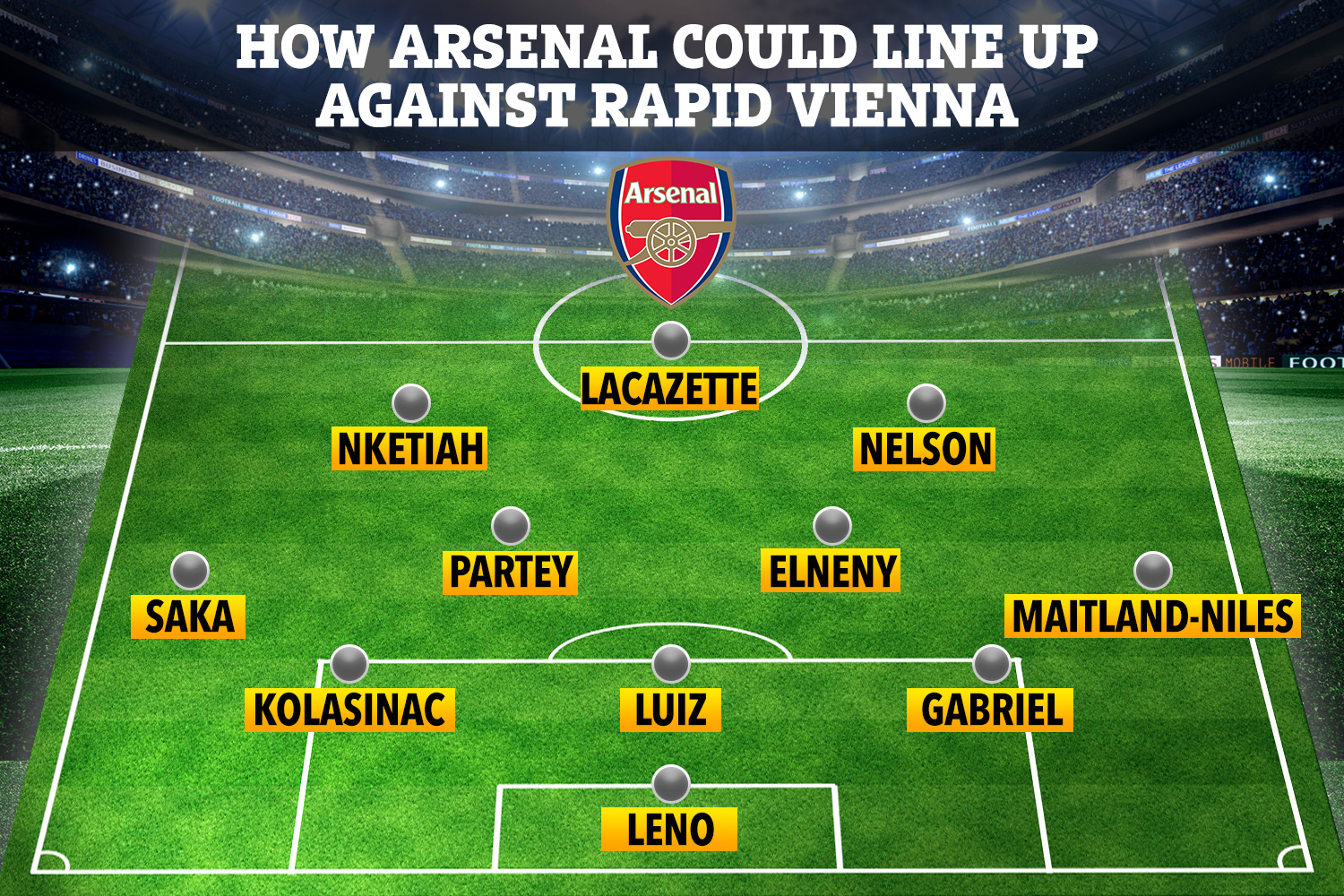 The Gunners narrowly lost 1-0 at Manchester City in the Premier League on Saturday and the Spaniard will want to freshen things up for the trip to Austria.

Bernd Leno will likely retain his place in goal as Arteta no doubt wants to kick-off his side's European campaign with a win.

But the defence could see some new faces in a 5-2-3 formation.

Sead Kolasinac is expected to slot in in place of Kieran Tierney as the left centre-back.

An injury crisis at the back means David Luiz and Gabriel will likely start again alongside the Bosnian with Bukayo Saka retaining his left wing-back spot.

On the opposite flank Ainsley Maitland-Niles could get some game time in place of Hector Bellerin who started at the Etihad.

Partey came off the bench in Manchester to make his debut but he played just seven minutes and managed to pick up a booking.

But Arsenal fans can expect to see the Ghanaian from the start in Thursday's Group B clash. 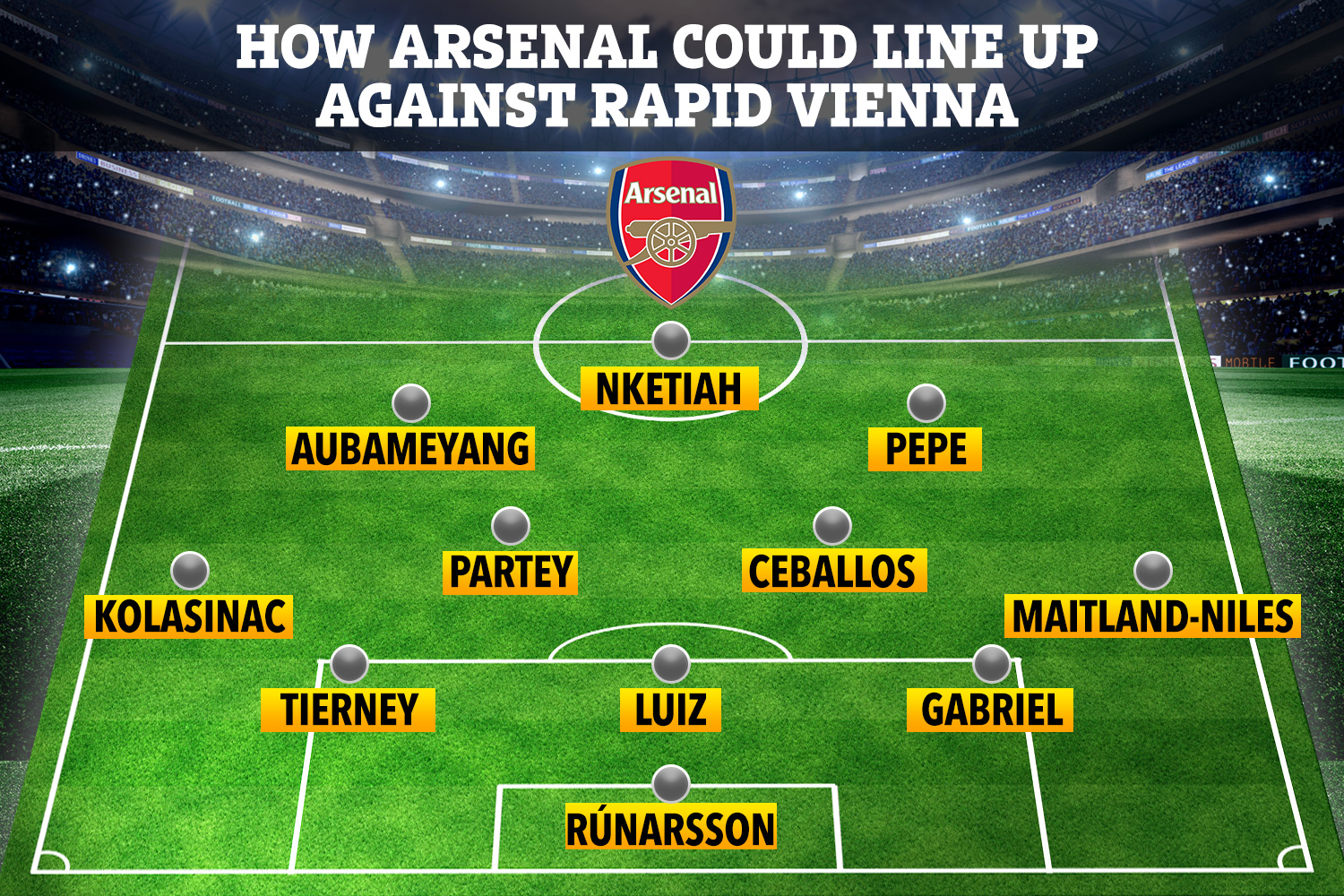 Alexandre Lacazette – who played just 21 minutes off the bench on Saturday – is set to lead the line with Nketiah replacing Pierre-Emerick Aubameyang on the left of the attacking trio.

Arteta could also look to attack the game from the off and start Aubameyang.

And there is also an outside chance sub goalie Rúnar Alex Rúnarsson could get the gloves instead of Leno.

Partey's midfield partner will depend on how attacking Arteta wants to be.

Dani Ceballos could start although the Spaniard played 90 minutes against Pep Guardiola's men which could see Mohamed Elneny come back into the team instead.

Reiss Nelson last started for Arsenal in their League Cup win at Leicester on September 23 and can expect another run out replacing Nicolas Pepe and Willian who should be on the bench.