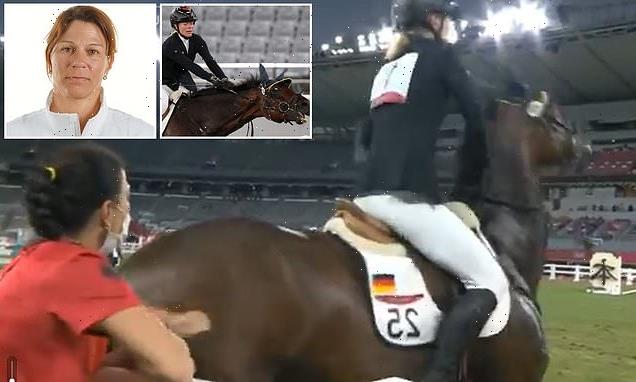 Horse riding will reportedly be replaced by cycling in the modern pentathlon in order to try to ensure the sport remains an Olympic event.

The discipline made headlines for the wrong reasons over the summer after a German coach was caught on video punching a horse in Tokyo.

And now showjumping is set to be removed from the event with cycling taking its place, according to The Guardian.

The report claims that the sport’s governing body, the Union Internationale de Pentathlon Moderne (UIPM), has taken the decision in light of the shocking incident earlier this year.

It is hoped that the change to the event, which is currently made up of fencing, freestyle swimming, showjumping and pistol shooting with cross country running, will maintain its status as an Olympic sport with Paris 2024 on the horizon.

A UIPM statement read: ‘As part of UIPM’s commitment to maintaining a strong, dynamic profile for modern pentathlon, a series of strategic meetings are being held. 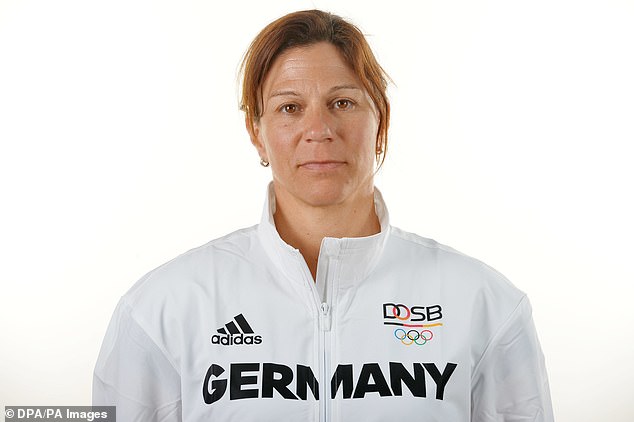 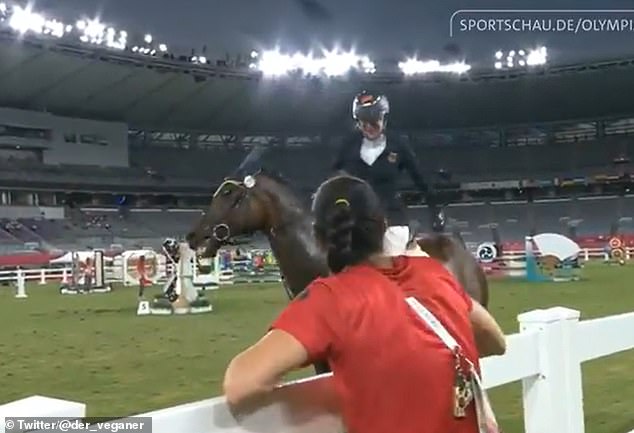 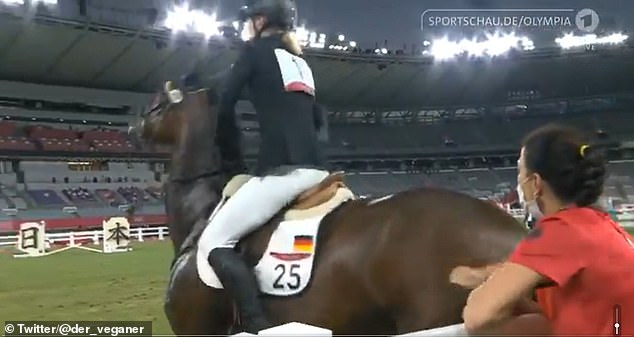 German coach Kim Raisner was thrown out of the Olympics for her actions in Japan in August.

Raisner was trying to assist German athlete Annika Schleu as she battled to control Saint Boy ahead of her showjumping round in the women’s event.

Athletes are given only 20 minutes to bond with an unfamiliar horse before their round and Schleu, who had been leading the field, was in tears as she came into the ring.

Saint Boy, who had already proven a tricky ride for his first athlete, bucked and refused to trot around the course, with a number of people on social media raising concerns about the way Schleu and Raisner were treating the horse. 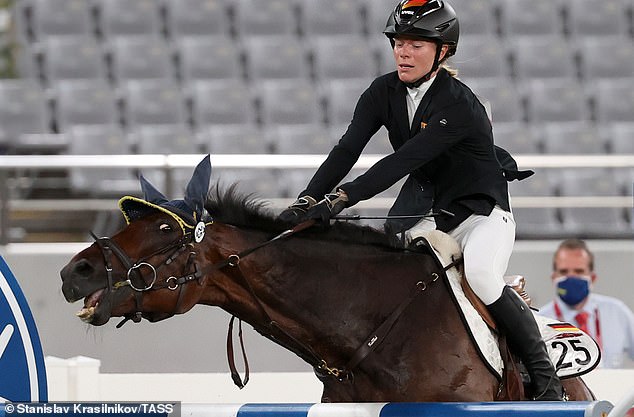 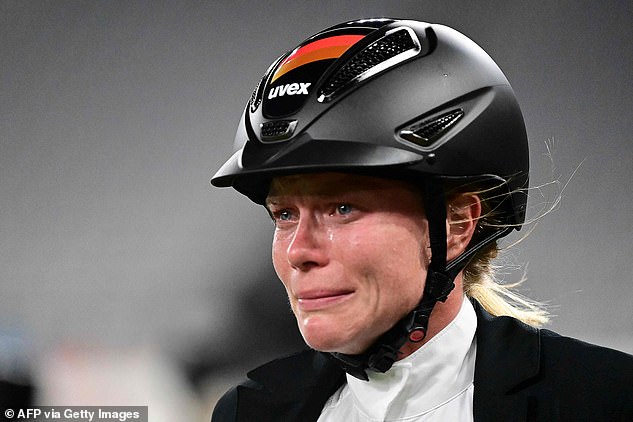 Schleu, who was leading the field, was in tears after going around the course with Saint Boy

The UIPM acknowledged those concerns ahead of the men’s event and then issued a statement revealing Raisner’s punishment.

The statement read: ‘The UIPM Executive Board (EB) has given a black card to the Germany team coach Kim Raisner, disqualifying her from the remainder of the Tokyo 2020 Olympic Games.

‘The EB reviewed video footage that showed Ms Raisner appearing to strike the horse Saint Boy, ridden by Annika Schleu, with her fist during the riding discipline of the women’s modern pentathlon competition.

‘Her actions were deemed to be in violation of the UIPM competition rules, which are applied to all recognised modern pentathlon competitions including the Olympic Games.

‘The EB decision was made today at the Tokyo Stadium before the resumption of the men’s modern pentathlon competition.’ 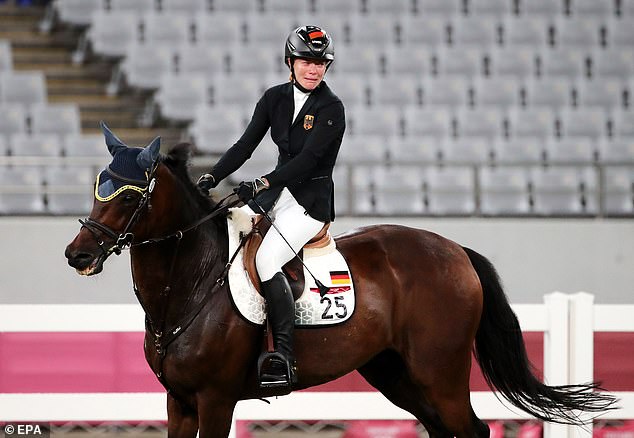 Despite holding a 24-second lead, Schleu fell out of medal contention after the equestrian leg

Raisner is a former modern pentathlete who competed at the 2004 Olympics in Athens.

Schelu’s horse appeared spooked before and after entering the arena, and aimlessly made his way around the challenging course while refusing several jumps.

Coverage seemingly showed an emotional Schleu, 31, in floods of tears before even beginning her performance. While on top of her mount, she looked to get the panicked Saint Boy to co-operate using her whip.

Having then made their way into the arena, Schleu set about attempting to salvage her dreams of a podium finish. However, despite the horse clearing four sets of hurdles to begin with, he then collided with the fifth.

That brought a rapid end to her lead, and Saint Boy then buckled despite Schleu looking to guide him around the course for another go. In the end, she was made to finish with zero points, leaving her rock bottom.

Having narrowly missed out on a medal in Rio 2016, after finishing fourth, Schleu was again left devastated. Her tears were broadcast for all to see as Saint Boy jumped around, remaining alarmed and in no fit state to compete.