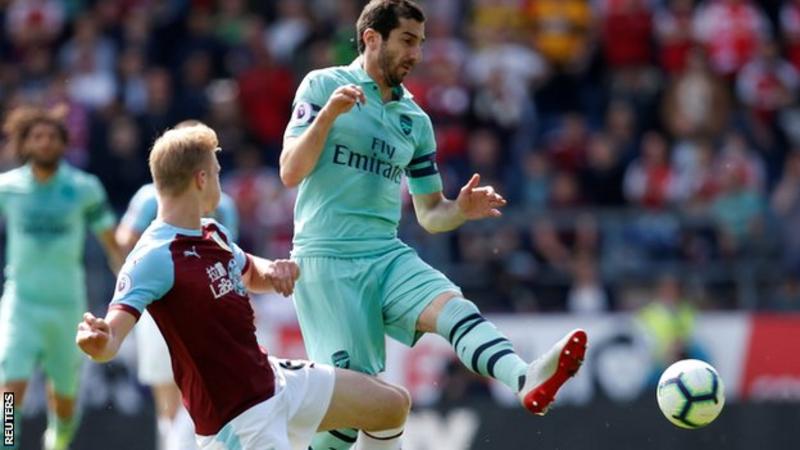 Arsenal are to meet Uefa after midfielder Henrikh Mkhitaryan opted against playing in the Europa League final in Baku over of security fears.

The Armenian’s safety was a concern because of the dispute between his country and Azerbaijan, the host nation of next week’s final with Chelsea.

“I struggle to find words for how strongly I feel,” said Venkatesham.

“We don’t feel he can travel and it’s extraordinarily sad. You don’t get a chance to play in major European finals often and Miki has had it taken away from him.

Venkatesham, speaking at a Financial Times summit, added: “We made our point clearly to Uefa – we have written to them. We will also sit down with them face to face after the final and express how it is unacceptable and how it can never happen again to Arsenal or anyone.”

Following the 30-year-old’s decision to pull out, Elkhan Mammadov, the general secretary of the Azerbaijan FA (AFFA), told BBC World Service Sport he believes “politics stays away from sport”.

“We always protect the integrity of the sport,” said Mammadov. “We are confident that nothing would happen here in terms of security and safety.

“On behalf of the government and local organising committee we gave all the guarantees to Uefa and the club, but I think this was a personal decision of the player together with his family.

“That was of course a security and safety guarantee.”

Arsenal, who finished fifth in the Premier League, will qualify for next season’s Champions League if they beat Chelsea.

It would be their first European trophy since they won the Cup Winners’ Cup in 1994.

Arsenal manager Unai Emery said: “Mkhitaryan wants to play with the team, but he spoke with his family and decided not to go.

“It’s a very, very personal decision and we need to respect him. I don’t understand the political problems but I must respect his decision.”