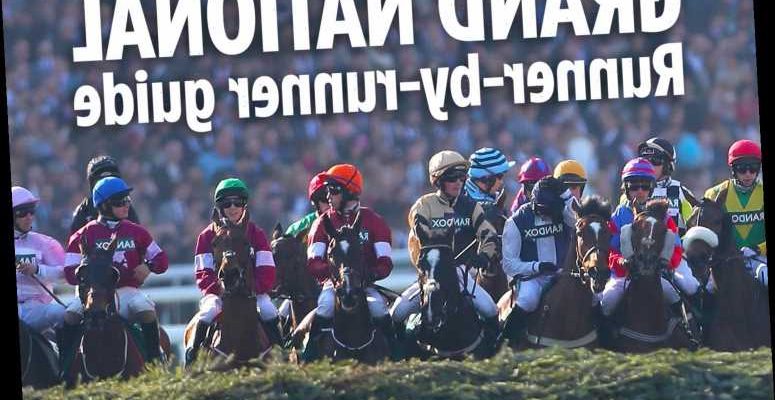 THE big one is back – it's the race that stops a nation.

Yes, after last year's contest was forced to go virtual due to Covid, the Grand National will return to our screens. 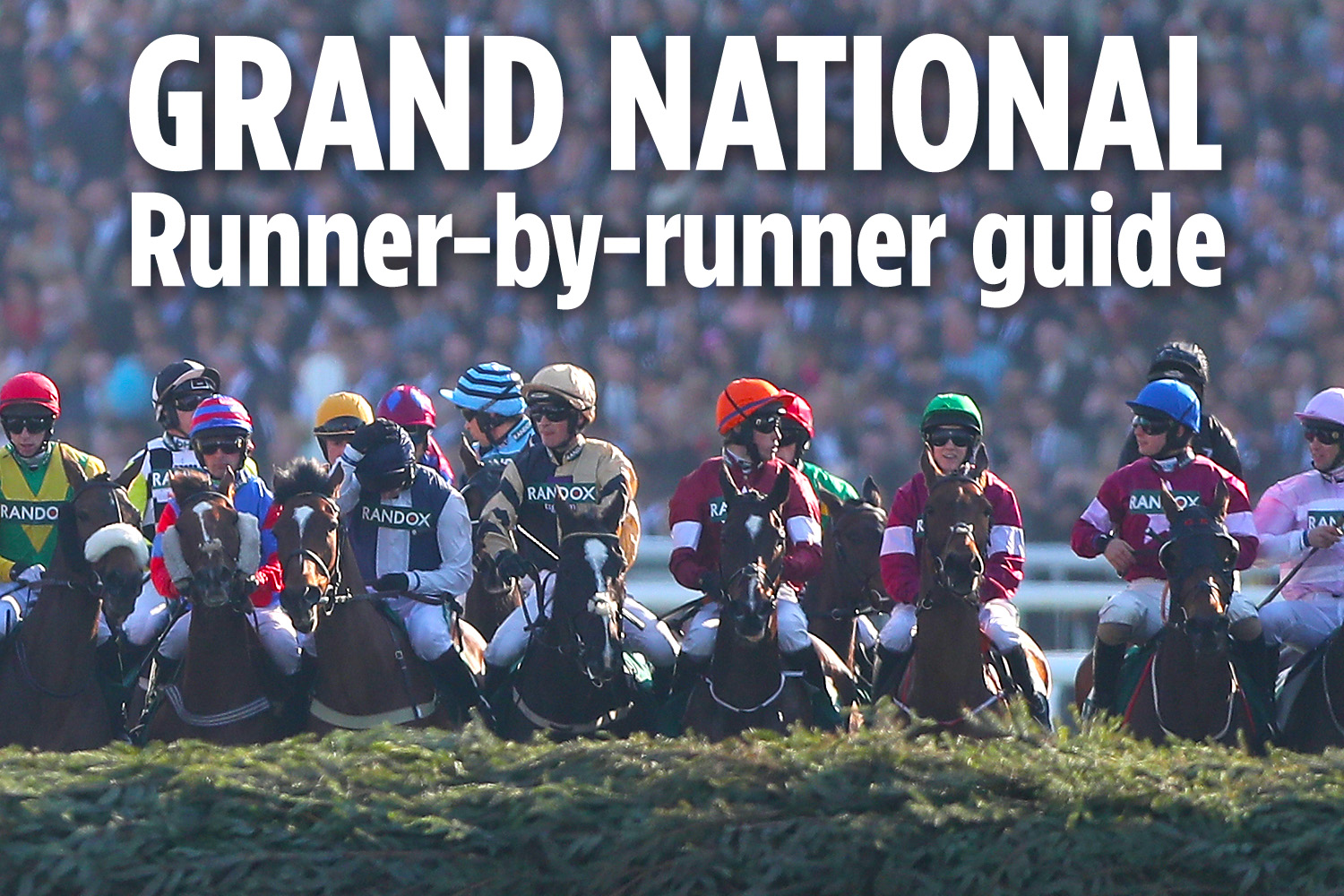 Some 40 runners will navigate the twists, turns and jumps of Aintree in the world's most famous race.

Paddy Power: New customers only. Place a £10 bet on any Sportsbook market, at odds of at least 1.5 (1/2) — and we’ll give you £10 in free bets. Free bets are valid for 30 days and must be used on a Sportsbook market. Free bets will be awarded after the qualifying bet has been placed. Only deposits made via cards or Apple Pay are eligible. T&Cs apply. 18+ Begambleaware.org

There's a lot to take in when trying to pick a winner – and SunSport wrote a handy guide to reading the form here.

Luckily for you, though, SunSport tipster Steve Mullen – Templegate to you and me – has also gone through each and every horse in the race, giving them a rating out of five.

And he reveals his tip below. Good luck!

BURROWS SAINT can answer our prayers in the Grand National.

He won the Irish version two years ago and has improved since. Willie Mullins has trained him for this race and he warmed up with a solid second at Fairyhouse.

He was beaten by stablemate Acapella Bourgeois that day and he has a massive each-way shout too at big odds. Stamina is no issue with him.

Cloth Cap deserves to be favourite after his romps at Newbury and Kelso. If he takes to the fences he’ll take a lot of stopping off his low weight.

There are lots of quality horses at big prices with Takingrisks and Kimberlite Candy capable of hitting the frame.

Minella Times and Discorama are other Irish raiders who should run well.

MAI not. Grade 1 class who stays and jumps better these days. Tall order with so much weight and prefers soft. Quality to get round but tough to win.

DREAM on. Big handicap win over 3m2f in 2019 and has some smart efforts since but well off the pace in the Ryanair Chase at Cheltenham. Still high in the weights and best in mud.

YALA gala. Placed in three Welsh Nationals, so no shortage of stamina. Fell at the first in the Becher Chase on debut over these fences but is a good jumper. Will relish this trip and one of the better outsiders.

OP knocks. Mudlover who stays but has a mixed record over these fences and fell in 2019 National. Second in Scottish National so stays but still 9lb higher which seems harsh.

RED flag. Fancied for this in 2017 when hampered and jumped round when fourth in the 2019 Becher. Trained for this but is getting on and has a lot of weight. 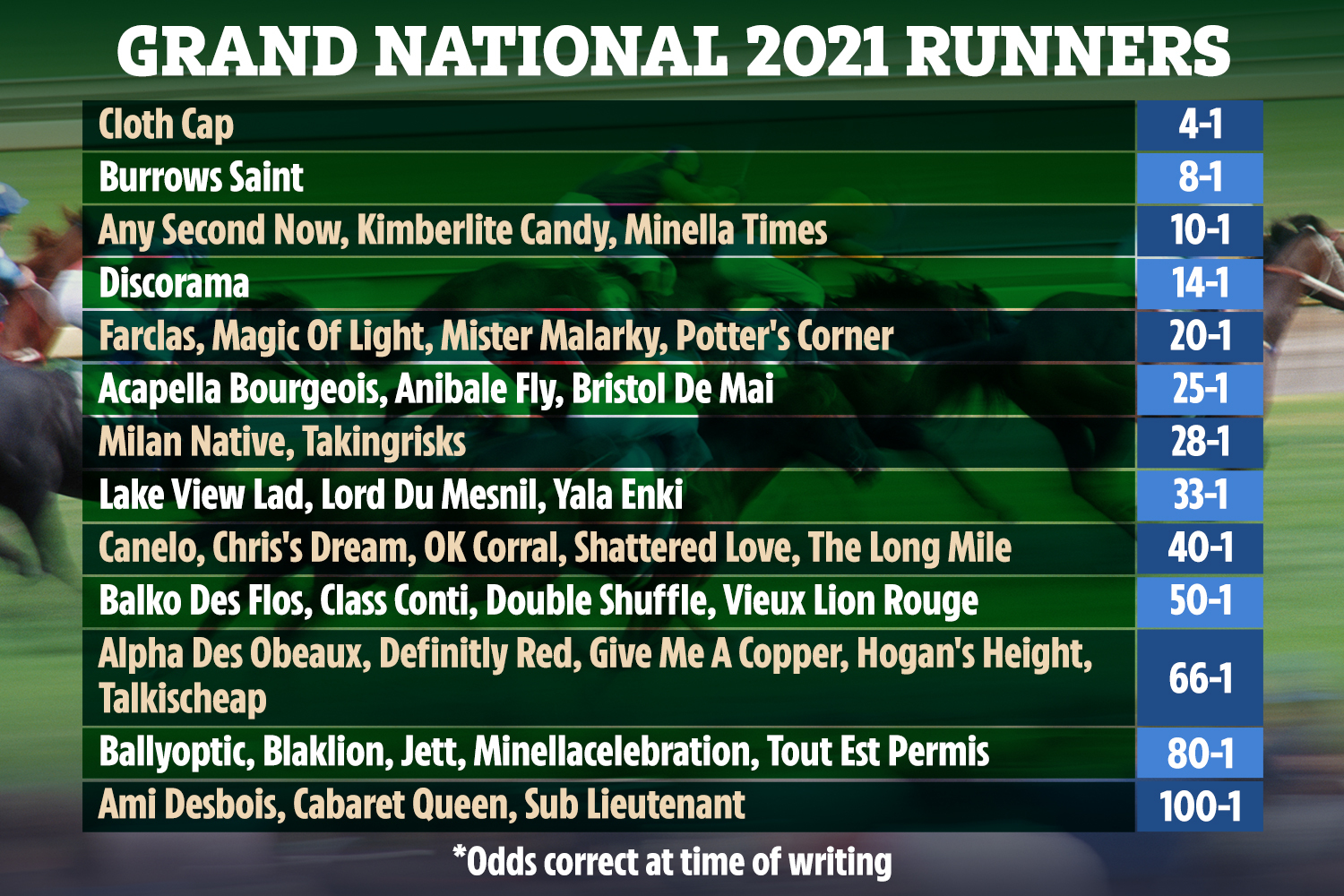 DIM View. Mistakes when pulled up in 2019 and quiet this season. Trevor Hemmings runners always respected but first-time cheekpieces need to help.

BURROWS deep. Won Irish National in 2019 so stays and has been aimed at this for a long time by master trainer Willie Mullins. Jumps well and warmed up nicely in second last time. Looks on fair weight and should go close.

LIGHT on. Second in 2019 and only 5lb higher today despite winning a couple of times since. Found 2m4f too short at Cheltenham and happier today for top-class trainer and jockey.

ACA cracker. Beat a rusty Burrows Saint last time and proved stamina with an Irish National third behind him in 2019. On a fair weight and is a good jumper so should handle track. Can go close at a big price.

ALL Talk. Won marathon Bet365 Gold Cup in 2019 but struggled since and didn’t fire at Kempton latest. Jumps well and stays but too high in weights on recent form.

EST not. On long losing run and fell in modest race at Down Royal last time. Stays but short of this level.

FLY high. Fourth and fifth in past two Nationals and 9lb lower now. Quiet run at Fairyhouse to warm up and liking for this course and staying power gives him an each-way chance.

YES Mister. Proven at this level and close in good company at Kempton last time. Stays and a decent jumper. Likes the Mildmay Course and a fair price if taking to these fences.

CANDY sweet. Second in past two Bechers and won Warwick Classic over 3m5f so should stay. Jumps, has a big heart and looks ideal type for a National. Would prefer softer but big each-way player.

NOW or never. Won the Kim Muir at Cheltenham in 2019 and scored over 2m at Navan last month. National winning trainer Ted Walsh is adamant he’ll stay and he’s on a fair weight. Has been well backed.

NO Flos. Unseated in Cheltenham’s Cross-Country race last time but is a Grade 1 winner so has quality. Not a certain stayer and jumping a concern.

AL pass. One win in four years but solid fourth in Cross-Country Chase last time. Third in the 2019 Becher so handles these fences so can get round in his own time.

NOT Ok. Makes mistakes but jumped well when winning a big race at Donny in January. Didn’t back that up at Cheltenham when errors came back. Stays but fences a worry.

RISK it. Won Scottish National in 2019 and back to best to win at Doncaster in January. Proven stayer who goes on any ground and is no forlorn hope despite his big price.

LOVE hurts. Grade 1 winner and best effort for a while when third at Cheltenham last time. Likes shorter so stamina may be an issue.

JETT off. Jumped well when eighth in the Becher in December and 8lb lower today. Fit from a hurdles run with top National jockey so should get round.

LORD it. Loves mud and battled to win Haydock Grand National Trial in Feb. Well weighted and stays but may be outpaced on this ground. Each-way chance.

POTT profit. Won 2019 Welsh Grand National and over hurdles this season to keep his mark down. Softer ground ideal but on a handy weight and stamina is an asset.

CON job. Fourth in Leinster National at Naas last time. Best on soft and has stamina. Can get round but must improve.

MIL around. Won 2020 Kim Muir at Cheltenham but out of sorts. Made jumping errors on his past couple of runs which is a worry.

DISCO dance. Not won for a while but often runs well and has been placed at Cheltenham Festival three times. Kept fresh for this and looks the type to enjoy a marathon. One to consider.

LION brave. Has jumped this course nine times and won the Becher by 24 lengths in Dec. Stamina an issue over this trip but he’ll run his usual race and could sneak into the places.

CAP fits. Has been fancied since winning the Ladbrokes Trophy at Newbury and following up with impressive Kelso win. He jumps well and has a big engine. Shoud have an extra stone on his back so can go close off this weight — if handling this track at the first attempt.

CALL Cab. Has won Munster and Kerry Nationals so stays but recent form has been modest and this is a taller order.

MIN trouble. Goes well on Mildmay Course and jumped round when midfield in the 2019 Becher. Out of sorts this season and needs his wind op to work wonders.

LO blow. Grade 3 win over 3m2f at Wetherby on Boxing Day so stays well. Poor when backed at Donny last time and needs to raise game at this level.

MILE away. Beaten by Burrows Saint and Acapella Bourgeois last time and no reason why he’ll turn that form around. All wins have come over much shorter trips.

GIVE ME A COPPER 1

GIVE a miss. Listed winner at best and good comeback at Doncaster in Dec before disappointing last time. More needed.

FAR out. Good form over shorter including second at Cheltenham last month. Jumps well and fair weight but this looks too far.

TIMES right. Going well in hot handicaps and this sort of trip will suit. Good jumper and has in-form Rachael Blackmore on board. Should be right there.

SUPER Sub. Good jumper who has been going well in fair company at Ascot. Second in Topham over shorter and can get round to outrun his odds.

HOG roast. Won 2019 Grand Sefton over one lap of this track and kept quiet this season for this race. Stamina might be an issue.

DOUBLE trouble. Pulled up in 2017 National and 12th in Topham two years later. In decent form but doesn’t stay.

DITCH Des. Long losing run but has stamina. Can get round out the back.

BLACK book. Fourth when favourite in 2017 and won the Becher so likes the course. Has moved to the in-form Skeltons and well weighted on his best so could nick a place.