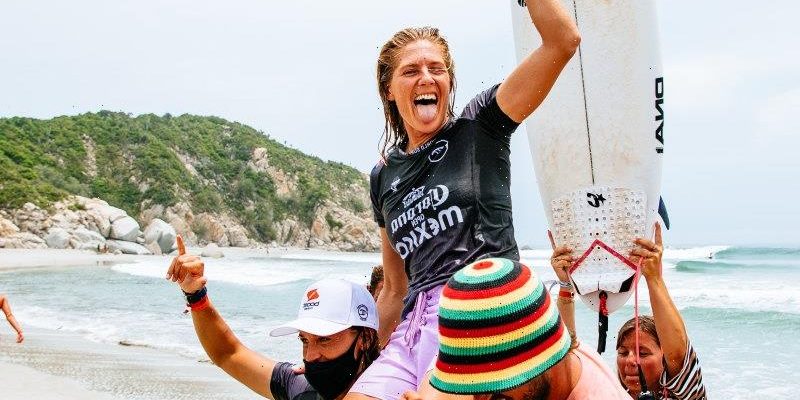 Australian surfing has reason to celebrate after Stephanie Gilmore and Jack Robinson scored a rare double, winning the men’s and women’s finals at the Corona Open in Mexico on Saturday. 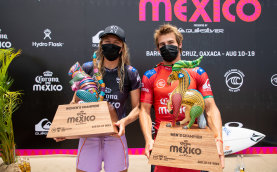 It was the first victory by an Australian this year and comes after Owen Wright’s bronze medal at the Tokyo Olympics last month.

Robinson, 23, from Western Australia, scored 8.33 with his fifth wave – the highest score of the decider – and claimed victory by just 0.02 points.

“We did it and I don’t even know where to start,” Robinson said. “It’s like a feeling I got when I qualified and I’m still in that state of processing it. 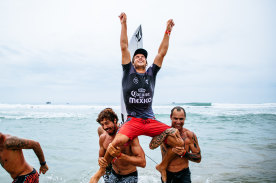 Jack Robinson after his win In Mexico.Credit:Tony Heff/World Surf League

“When I’m in a certain zone I don’t say too much and I was in that zone this week. Just being able to rise above the level of surfing that everyone was at – I felt like I could do that in every heat.”

Meanwhile, fresh off her Olympic campaign, Gilmore edged out Hawaii’s Malia Manuel for her first title of 2021 and the 32nd Championship Tour victory of her career.

Gilmore has moved into fourth position heading into the Rip Curl World Surfing League Finals, which will take place in at Lower Trestles in California next month, where she is eager to add to her seven world titles.

“I was hoping to climb up the rankings maybe one spot for the finals at Trestles so I didn’t have to surf as many heats on finals day. This is sick. Ever since seeing this event in 2006 for the men and losing Snapper off the tour, this is the next best thing.” 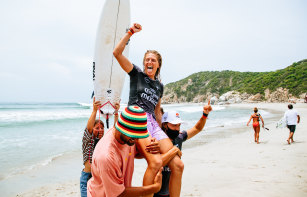 Fellow Olympian Sally Fitzgibbons bowed out to Manuel in her semi-final but still sits third in the overall standings.