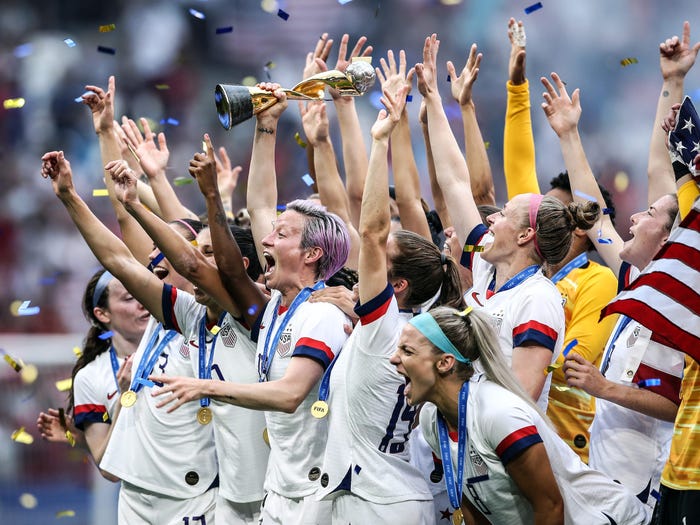 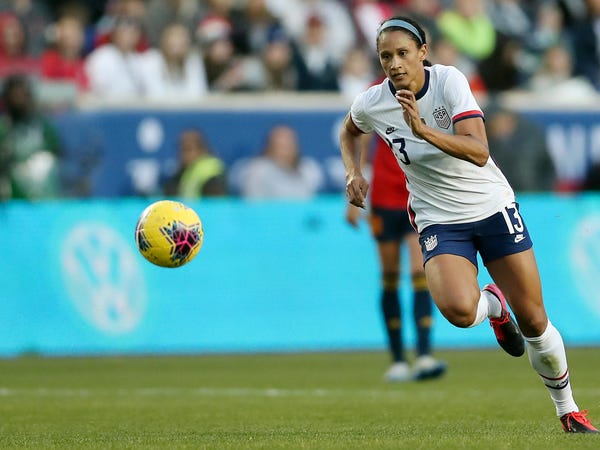 What to know: Though she wasn't part of the USWNT roster that traveled to France for the 2019 World Cup, Lynn Williams played several games for former national team head coach Jill Ellis between 2016 and 2018. After ranking top-three in scoring in the NWSL in three consecutive seasons, the striker has found her way onto multiple newly-minted head coach Vlatko Andonovski's rosters. 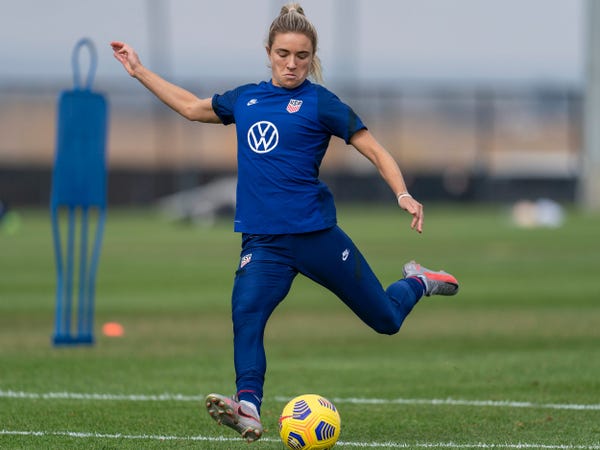 What to know: Kristie Mewis spend a decent amount of time with the USWNT between 2013 and 2014 before falling off of the team's radar. Now she'll have a chance to play alongside her younger sister and USWNT mainstay Sam Mewis in the midfield. 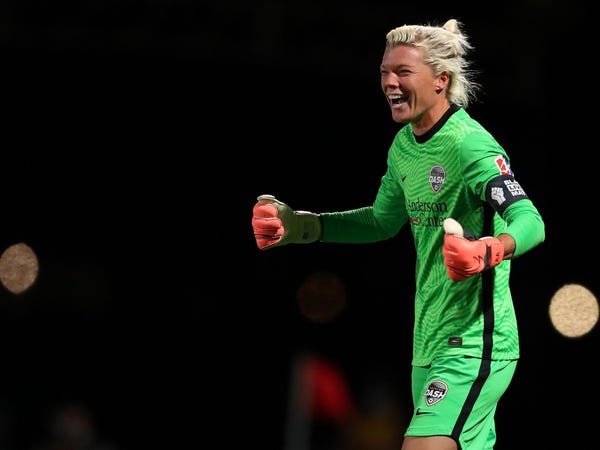 What to know: After briefly getting called up to the senior national team at just 17 years old, Jane Campbell has long been seen as a piece of the future for the USWNT at the goalkeeper position. Now, following a standout career with the Stanford Cardinal and three solid seasons with the Houston Dash, she's once again been tapped to represent her country at the highest level. 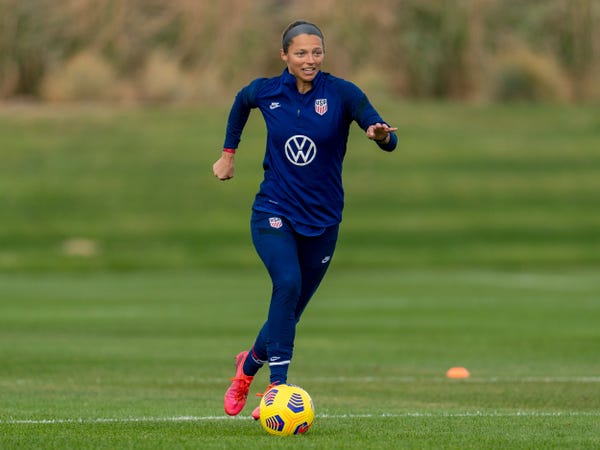 What to know: Ashley Hatch made her national team debut back in 2016, but after a few brief stints in 2018, she fell off the USWNT's radar. But after leading her NWSL team in scoring for the past two years, Hatch has once again returned to national team contention. 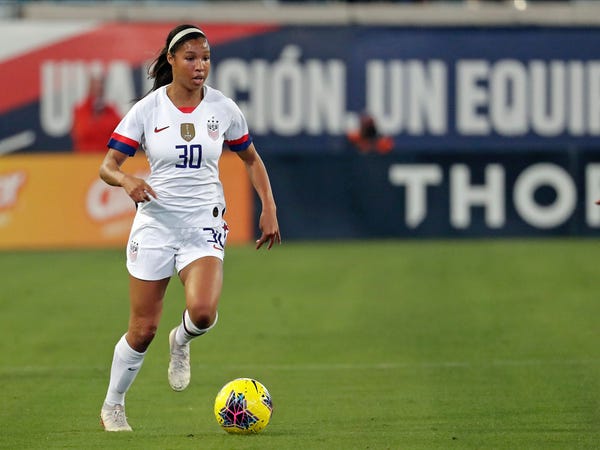 What to know: Midge Purce primarily played as a forward during her four years with the Harvard Crimson and four seasons with various NWSL teams. Still, USWNT head coach Vlatko Andonovski has her slated as a defender for her national team duties. 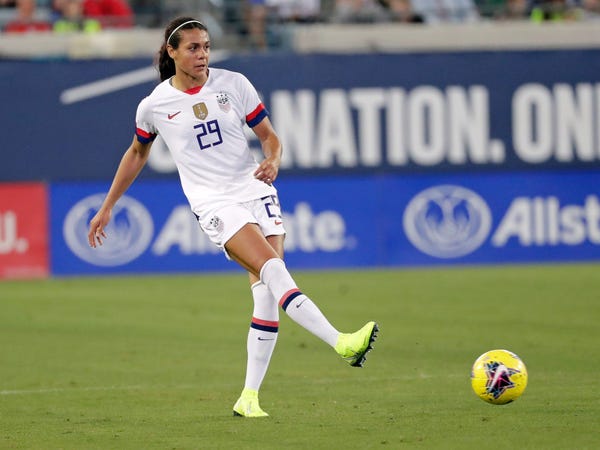 What to know: A four-year starter and 2017 NCAA champion with the Stanford Cardinal, Alana Cook had her choice between representing the United States and England at the international level. Though she grew up in New Jersey, Cook was eligible to represent the Lionesses through her British father. She went so far as to train with the senior English national team in 2019, but since earning a call-up and a cap with the USWNT, she has committed herself to the Americans. 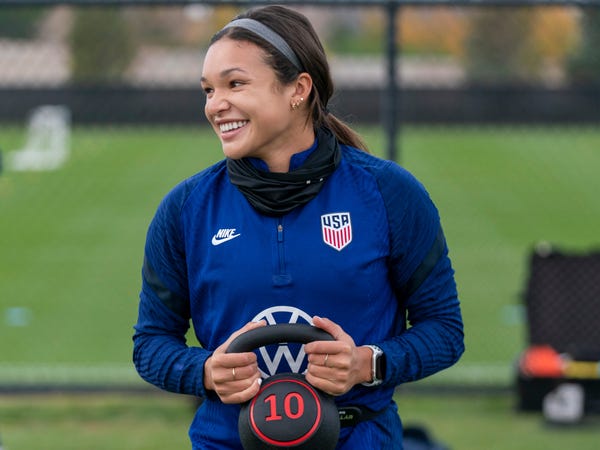 What to know: Sophia Smith is the youngest player on the 23-person squad headed to the Netherlands at the end of the month. She was a superstar for two years with the Stanford Cardinal before playing professionally in the NWSL. 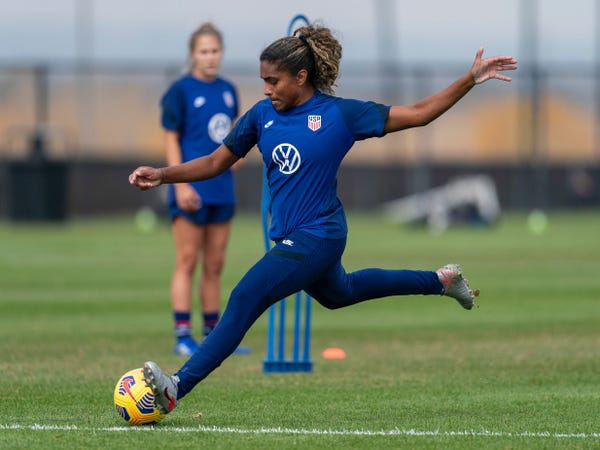 What to know: A two-time MAC Hermann Trophy recipient as the best player in the NCAA in both 2018 and 2019, Catarina Macario is a superstar midfielder in her senior season with the Stanford Cardinal. Though she was born in Brazil, the 21-year-old became a US citizen after many years of residency in California. She's yet to receive the green light from FIFA to join the USWNT for international competition. Still, she's an extraordinary enough talent that head coach Vlatko Andonovski chose to include her on the roster with an eye towards the future. 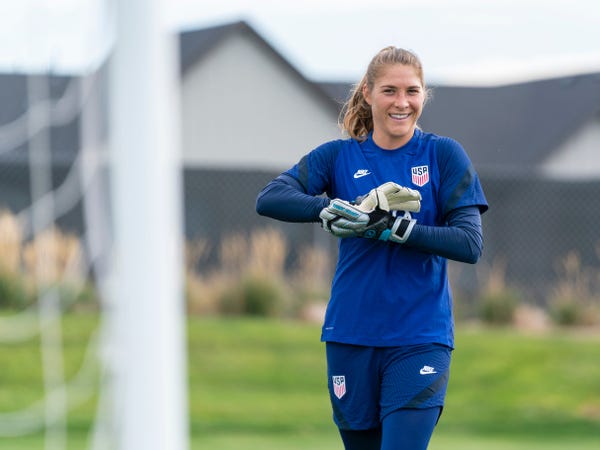 What to know: Aubrey Bledsoe was first called up to the USWNT in October of 2019, shortly after she earned Goalkeeper of the Year honors in both the NWSL and the Australian W-League. Since then, she's joined the national team twice more, and she'll have a shot at making her on-field debut against the Netherlands. 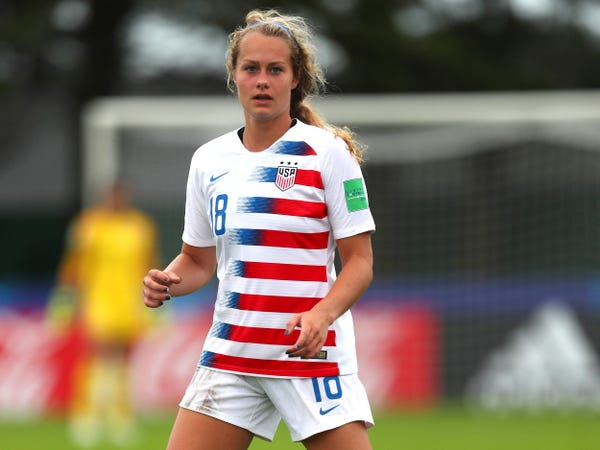 What to know: Though Jaelin Howell earned a call-up to the USWNT back in October, she wasn't initially part of the 23-player roster invited to travel to the Netherlands on behalf of the United States. But when superstar midfielder Lindsey Horan tested positive for COVID-19 and thus was unable to join the team abroad, Vlatko Andonovski tapped the Florida State Seminoles junior to fill the spot.

Now check out the story of how Catarina Macario earned her US citizenship on the same day as her first call-up to the USWNT: 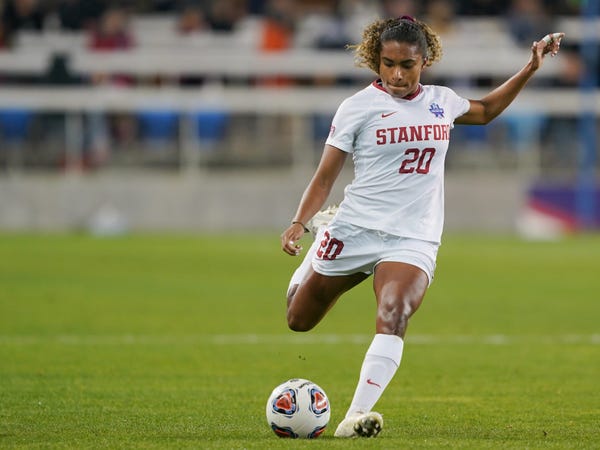