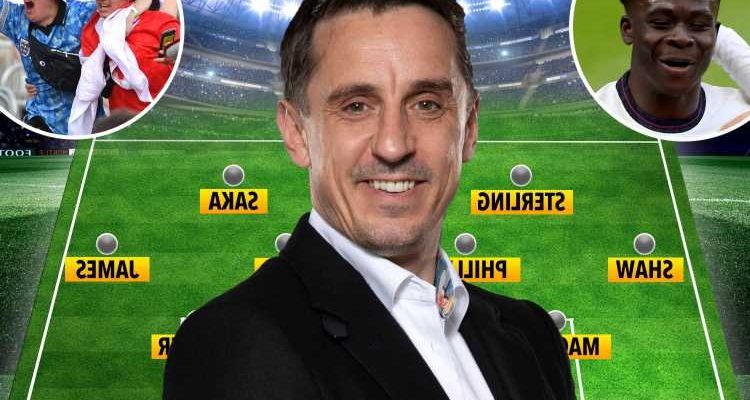 GARY NEVILLE revealed his England side to play Germany which included a formation switch – but raised eyebrows amongst fans.

The Manchester United legend, who was England's assistant coach from 2012-2016, gave his tactical verdict on Twitter. 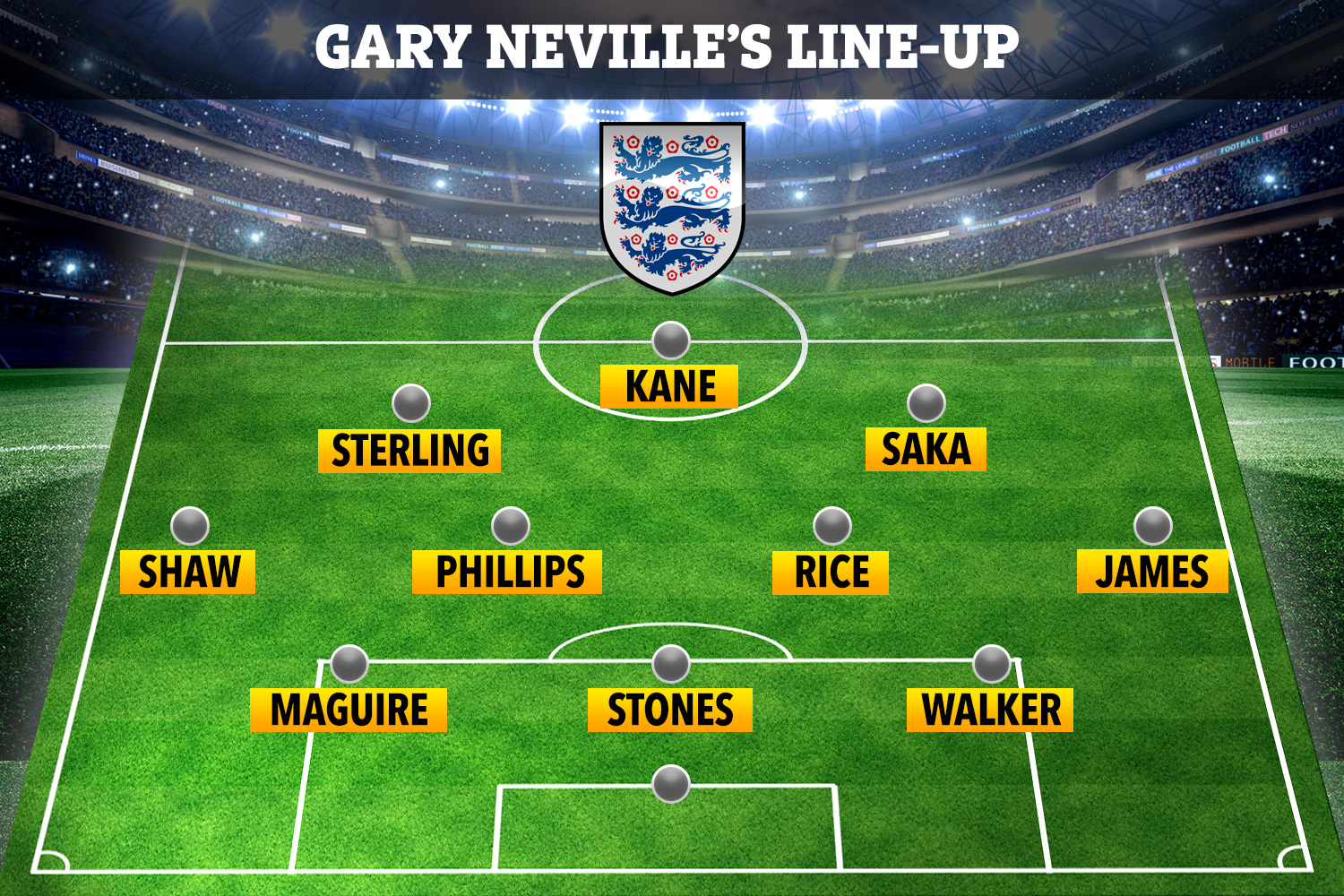 With the Three Lions set to play arch rivals Germany in the Euros last 16 at Wembley next Tuesday, Neville selected a defensive 5-2-3 formation.

It would match-up with Germany's set-up, with Joachim Low having also opted for a three-man central defence in the tournament.

John Stones and Harry Maguire keep their place, with Kyle Walker coming in from right back to play in the central trio.

The Manchester City defender did the same with success in the 2018 World Cup, which would now allow for Chelsea's Reece James to play at wingback.

United's Luke Shaw would push further forward on the left, to complete the back five.

Declan Rice and Kalvin Phillips provide the pairing in midfield ahead of the defenders.

Raheem Sterling – who has 14 goals in his last 19 caps – gives width and support out wide alongside Bukayo Saka.

Saka put in a man of the match performance against Czech Republic on the right wing – enough to keep his place in Neville's view.

And he would also keep confidence in captain Harry Kane, who is yet to score in the delayed European Championships.

Neville's selection has playmaking pair Phil Foden and Jack Grealish missing out from the start.

Fans were clamouring for Aston Villa star Grealish to get his chance, and he provided an assist for Sterling on Tuesday in his first Euros start.

More vitally, Edwin van der Sar was quick to point out his old team-mate forgot to name a keeper.

Van der Sar, who spent six years with Neville at Old Trafford, tweeted: "No Goalkeeper then?"

But Neville can be excused for assuming Jordan Pickford will keep his place between the posts, having kept three consecutive clean sheets in the group stages.

The retired footballer-turned pundit asked for feedback on his line-up and was hit with criticism for his formation and picks.

One replied: "I think you’re overthinking it Gary. I’d argue that plays into their hands.

"Our greatest strength is our attacking players – which you all but discard in that side."

"At least one has to play! Probably Grealish to help us retain ball and carry it up the pitch. Come on Gaz."