ARSENAL fans have urged Unai Emery to drop Petr Cech in favour of Bernd Leno for the Europa League final against Chelsea on May 29.

Gunners supporters have been left fuming after reports have linked the Czech goalkeeper with the sporting director role at Stamford Bridge ahead of their clash. 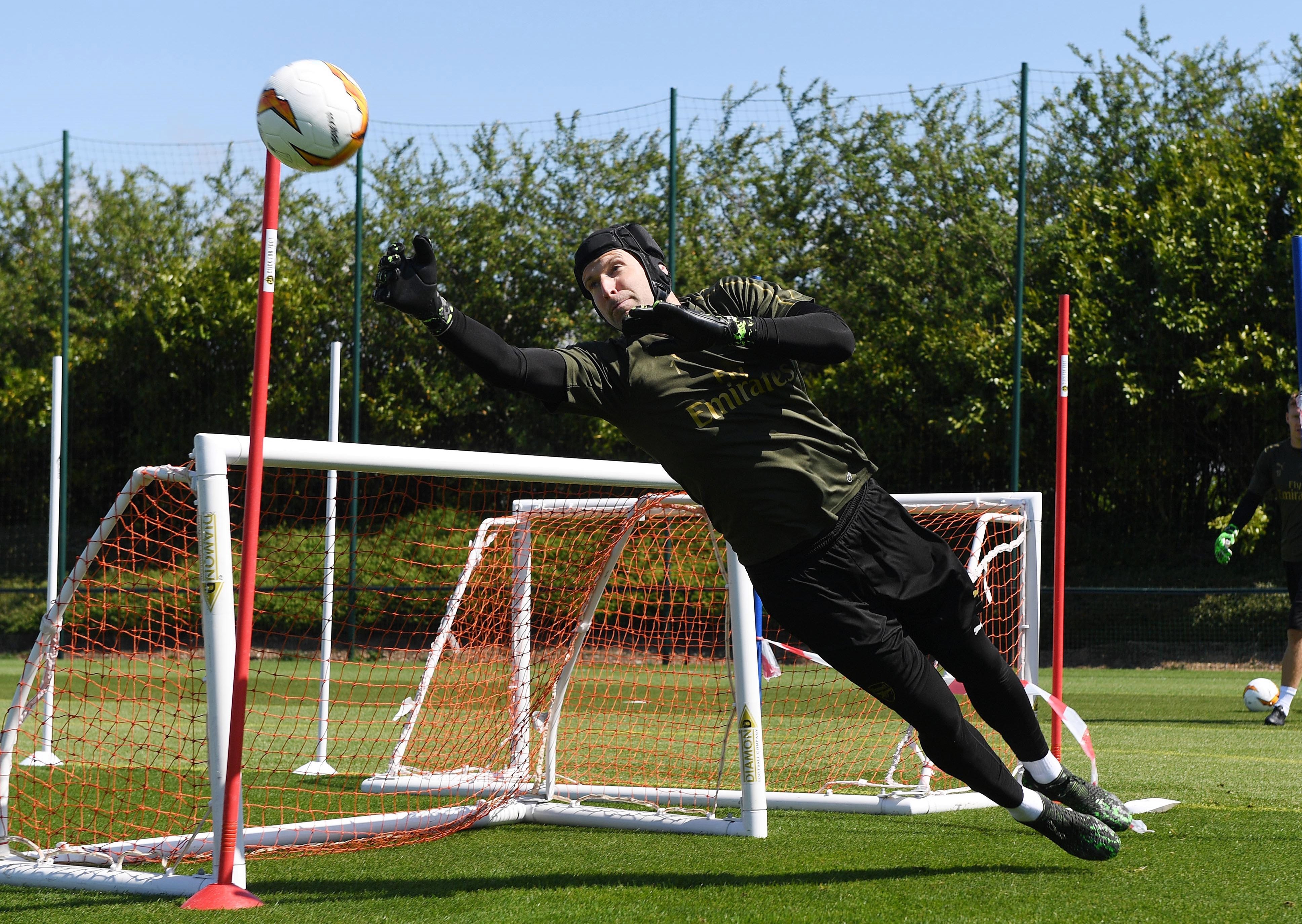 Cech is set to hang up his gloves after the final in Azerbaijan – calling an end to his 20-year spell as a professional footballer.

The 34-year-old had been expected to start between the sticks against the Blues – where he is looking to win his fourth final against his former employers.

But Arsenal fans haven't taken the news that he could be returning to Chelsea well, as they believe he shouldn't be in contention to play if he already has an agreement in place.

The ex-Rennes ace took to Twitter to announce he won't make a decision on his future until after the Europa League final.

One fan tweeted: "This guy cannot start in the final, it would almost be forfeiting this final. He has agreed to take up a sporting director role for the team we play against. Leno better start or we've lost."

Another said: "Petr Cech will be working at Chelsea next season. No need for sentimentality. Start Leno in the final."

While another commented: "If I see Petr Cech start vs Chelsea in the Europa League final after he's just been given the Sporting Director role at Chelsea for next season – I swear I'll scream."

One added: "I don’t care how professional Petr Cech is. He is joining Chelsea straight after the most important Arsenal game for over a decade.

"Starting him against them should not be considered. Unai Emery must forget sentiment and start Leno, our number one keeper."

Another said: "It’s a travesty that Cech will play and is returning to Chelsea after the final. The chance, no matter how slim, of corruption, is bigger than zero."

While one stated: "If reports are true Cech is returning to Chelsea for me he can’t start in the final regardless of the fact he played huge part in us getting there. Poor timing of the announcement."

Cech has only featured 22 times for the North Londoners this campaign after falling behind German international Leno in the pecking order.