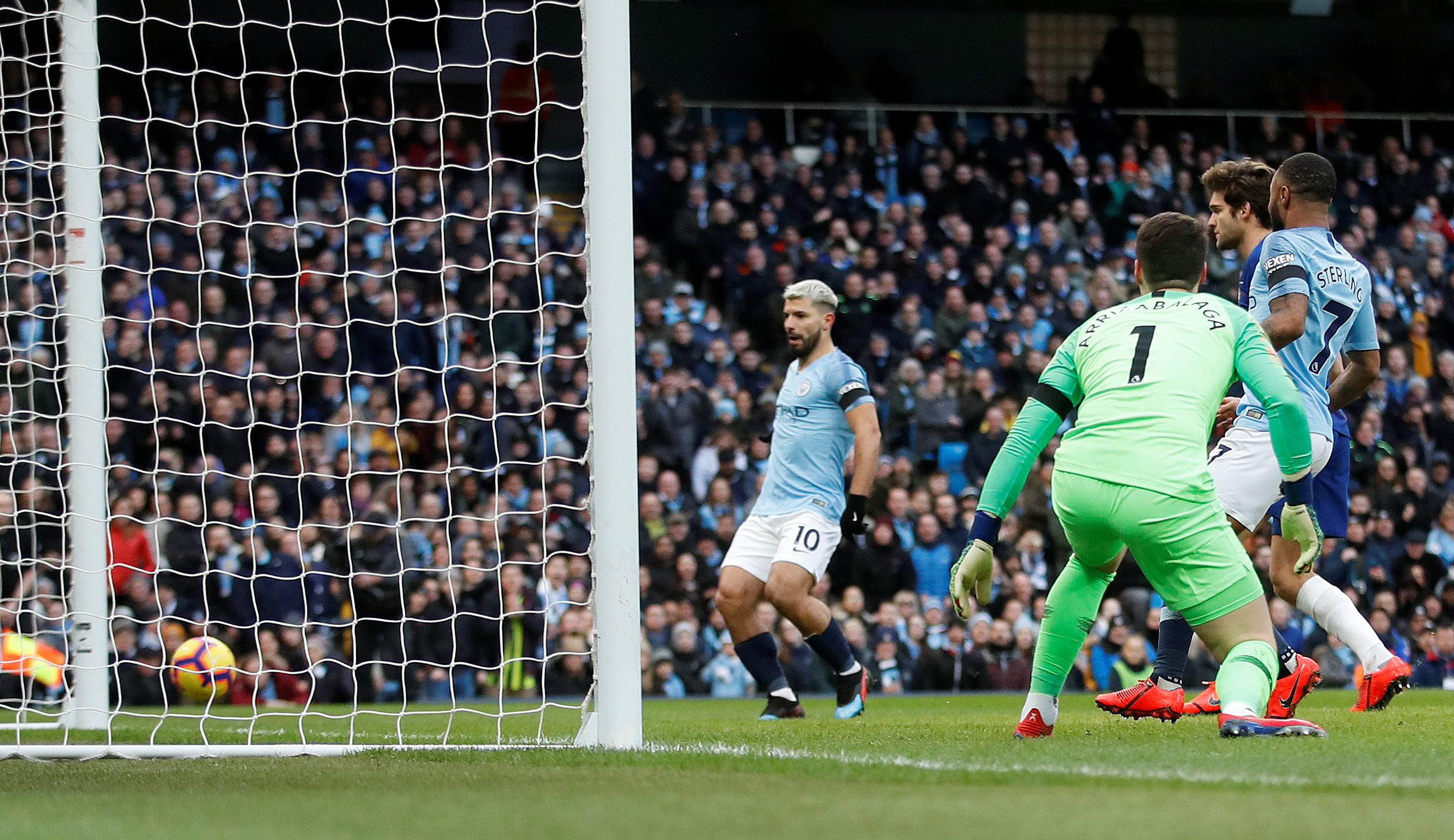 The Argentine star spurned a glorious chance in the game against Chelsea – and joins seven others in contention for the wooden spoon of all awards.

Take a look at all eight misses and have your say in our poll at the bottom of the article.

WITH the game poised at 0-0, Sakho had a guilt-edged chance to bag all three points for the hosts.

Andros Townsend delivered a millimetre perfect cross, with the ex-Liverpool man nodding wide from just a couple of yards out.

Sakho collapsed to the ground, clutching his face – looking as though he hoped the ground would swallow him whole.

HAVING already laid on an assist in a nervy 2-1 win, you can forgive Ritchie for his miss.

But somehow managing to miss from two yards out is not to be forgotten – after charging in at the far post with the goal gaping.

Ritchie blasted the ball wide, but fortunately for Ritchie, boss Rafa Benitez later revealed he is now able to laugh at the miss…

WELL, he's hardly been prolific for Spurs, but this miss was different league.

Ben Foster had saved his initially shot smartly – but the ball rebounded straight o the Llorente.

Incredibly, the Spaniard booted it a foot over the bar using his knee. Tekkers.

He did redeem himself though as he and Son Heung-min scored in the final ten minutes to come from behind to win 2-1. 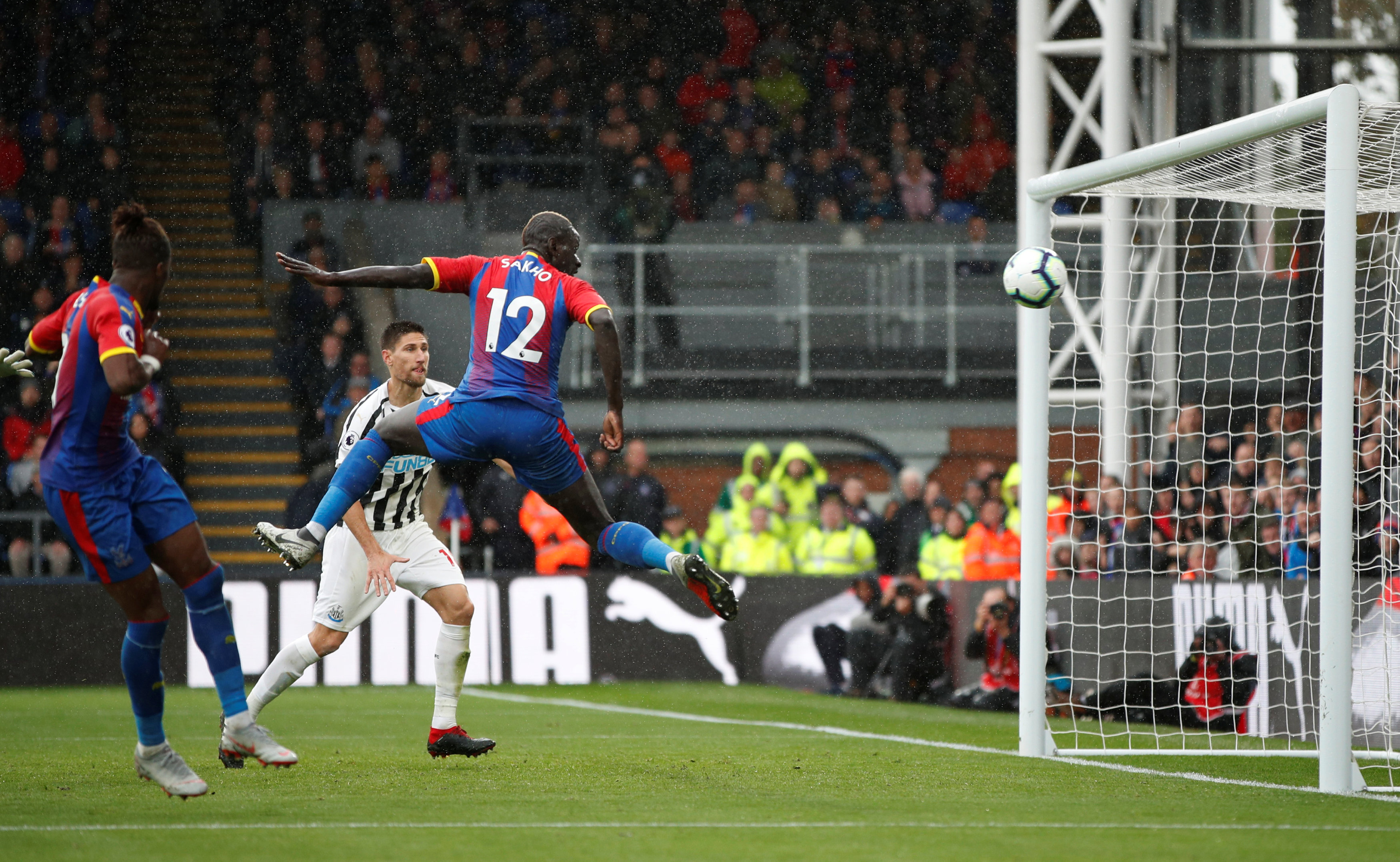 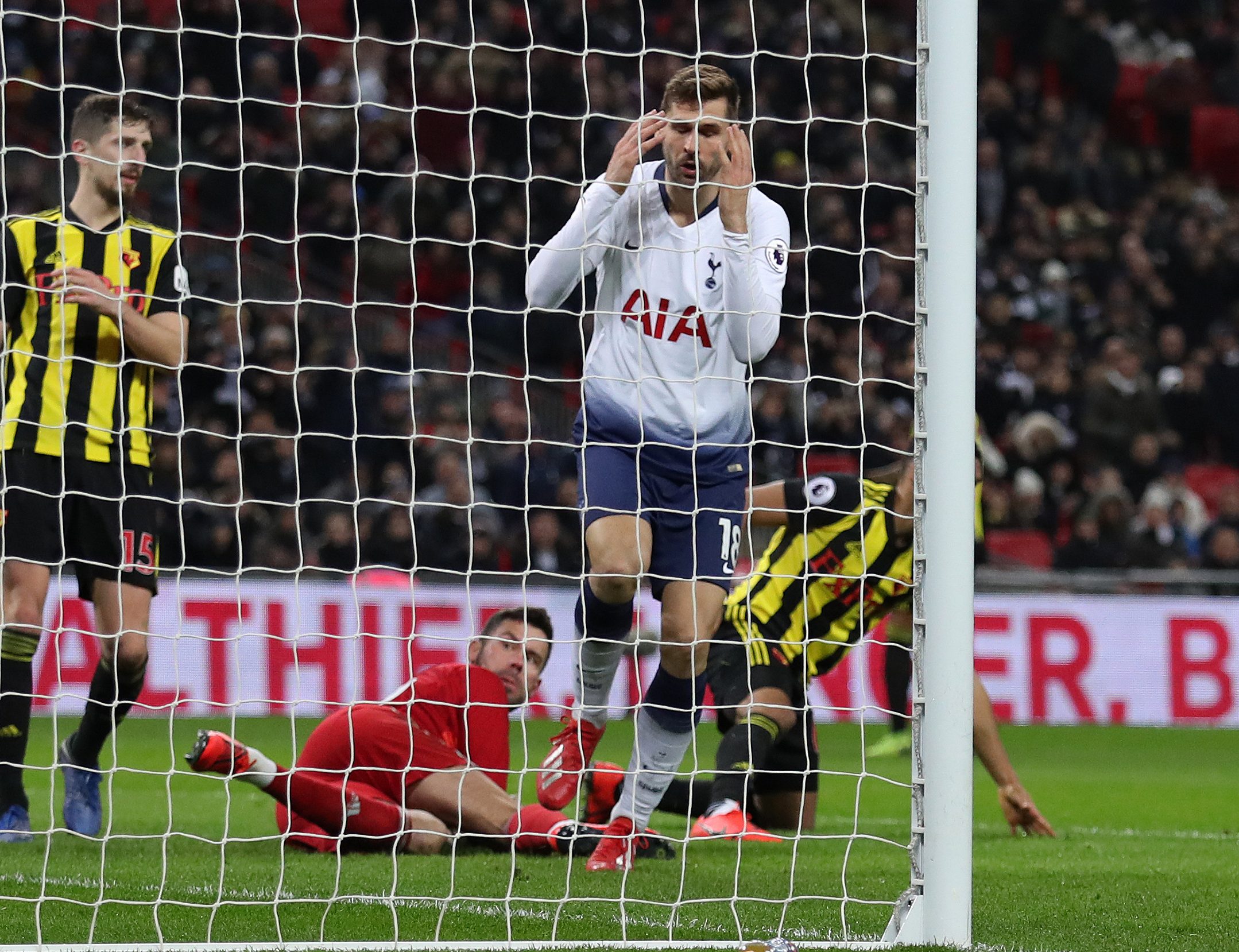 TRAILING 1-0 at home, McArthur looked certain to level up the game.

After doing the hard part and sending the goalkeeper for a hot dog with a sublime dummy, McArthur managed to hit the post with his lofted effort from all of two yards.

Wilfried Zaha spared his blushes 20 minutes later when he secured the all-important equaliser at Selhurst Park.

ULTIMATELY, it mattered not as Man City ran riot in a 6-0 drubbing of Chelsea.

But moments before scoring a sensational 25-yard screamer, Aguero gave us his contender for miss of the century.

With City 1-0 up against Chelsea, the ball was fired across the box into the path of the Argentine superstar.

With the goal at his mercy, Aguero somehow managed to slot the ball wide – with Pep Guardiola left flat on his backside with his head in his hands.

IN a game Brighton desperately needed to win, with relegation a looming threat, Murray fluffed a chance to steal a point in the 2-1 defeat.

With the goal gaping, the goal-hungry forward smashed his shot over the bar with the score 1-0 to Leicester.

The Foxes then doubled their lead before Davy Propper halved the deficit to no avail, as Murray claimed he had to "hold his hands up" for the loss.

WITH the relegated Bluebirds just 1-0 down, Morrison fluffed his lines as he wide from inches out with the goal wide open.

Morrison got underneath the ball as it skewed off its head and miles wide after escaping the marking of Sadio Mane.

IN a thrilling south coast derby draw, with the two teams sharing six goals, Long missed one of the best chances of his career.

With the score level at 1-1, Long hit the post from just yards out after his initial shot was saved by Artur Boruc.

The silver lining for Long – who'd days earlier scored the fastest goal in Prem history – was that Saints secured their top-flight status with the draw.