A FEMALE Spanish TV reporter was smashed in the back of the head by a stray football while previewing Arsenal's Europa League semi-final clash against Valencia.

Standing pitchside inside the Mestalla, the journalist was speaking to the camera while the hosts warmed up. 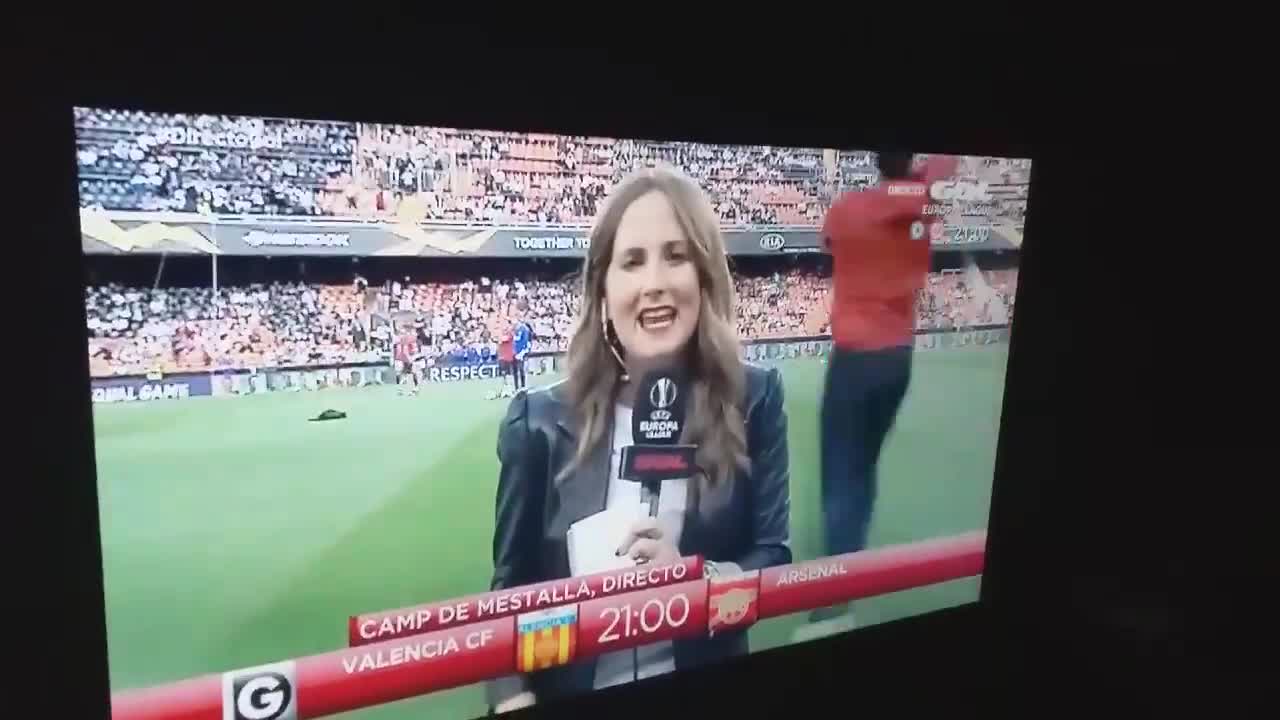 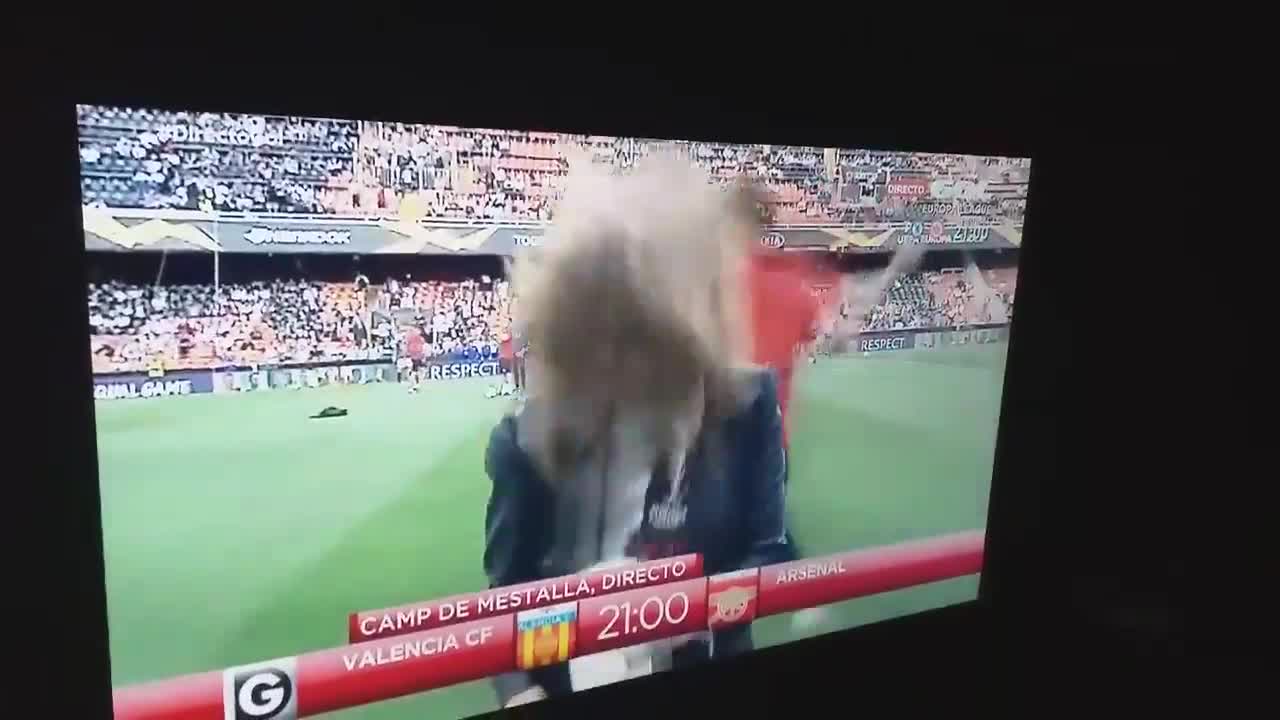 But a dodgy pass from one player saw the ball thump her on the head and send her crashing to the ground.

The woman instantly fell out of shot holding her head while a Valencia player who was unable to save her turned to check on the damage.

He captioned it: "This happening about 5 yards from us.

"I think they were aiming for Keown…"

Several football fans were concerned for the reporter.

One replied to Humphrey: "This is not funny, some certain safety measures should be taken and approved to stop further direct physical actions on Journalists and reporters."

Another asked: "Was she OK?"

Harry Redknapp was famously smacked on the back of the head by a football while giving an interview as Portsmouth manager at the club's training ground.

The former Tottenham boss turned around and rollicked the player before adding: "No wonder he's in the f***ing reserves."