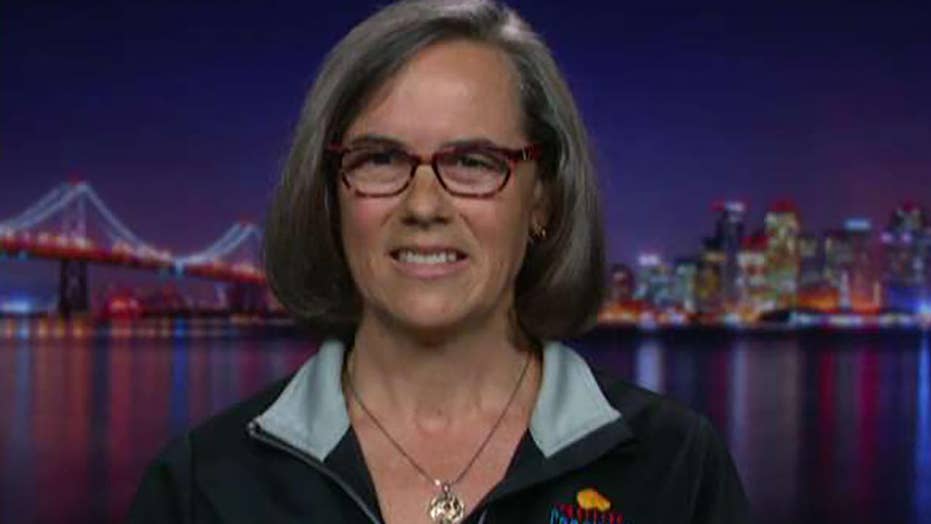 Youth sports have long been seen as a right of passage in American childhood – from Little League baseball to Pop Warner football – but participation levels are dropping nationwide because kids say it's no longer fun for them.

The culprit? A pressure cooker environment created by overly invested parents, according to health professionals and many youth sports organizations.

The out-of-control behavior of some parents, both on the sidelines and in the home, is fostering a culture that emphasizes winning and perfectionism over physical activity and enjoyment – one that experts say is toxic for children.

"I see young athletes who throw up on the way to games because of the pressure they're experiencing," said Dr. Marshall Mintz, a clinical sports psychologist in Springfield, N.J.

"Sometimes I do get a 10-year-old who wants to improve but a lot of times it's the parents coming in and wanting little Janey to excel more and I usually wind up pointing out that at this point it really is crucial to just emphasize having fun and enjoying sport," Mintz told Fox News. "Then I usually get fired because they don't like my message, which is de-emphasizing the perfectionism and the achievement and the results."

A simple YouTube search yields thousands of videos – many shot on cell phone cameras – of adults berating children, coaches, and parents from the opposing team. In some instances, parents are seen assaulting other adults during games. One video shows a father being restrained by coaches after he charges onto the soccer field enraged after his son committed a foul, while another shows a father attacking a coach at a high school football game.

"This behavior is absolutely corrosive to kids," said Linda Flanagan, a mother of three from Summit, N.J.

"What has always surprised me is to see these grownups clapping when the opposing team misses a foul shot," said Flanagan, noting that such friction is especially visible at youth basketball games where opposing teams sometimes sit adjacent to one another. "It's one thing if the kids in the stands do, but to have grownups cheering a child's mistake I think is just accepted now."

Flanagan also recalled an instance in which a grandmother was ejected by a referee at her son's middle school basketball game.

"My son was awe-struck by that," she said. "Sports have become a vehicle to convey your anger and fury at the world."

A 2016 poll from the National Alliance for Youth Sports found that around 70 percent of kids in the U.S. stop playing organized sports by the age of 13 because "it’s just not fun anymore." While a number of factors contribute to the dropout rate, experts cite overly aggressive parents and coaches as a driving force in the decline.

"I see a burn-out factor," said Jay Paris, a San Diego-area coach for 25 years who has worked with athletes aged 7 to 14.

"It ceases becoming fun and becomes a chore. And when it's a chore, you start to lose kids,' Paris said. "Sometimes parents forget they're little kids. I'm not sure I understand the motivation to fast-forward childhood."

Dylan Hinton, 13, an avid soccer player from New York City, called it distracting and frustrating when parents try to coach from the sidelines.

Hinton, the son of Fox News executive producer Martin Hinton, is part of a travel team that plays a 10-month season, with practice and games consuming eight to ten hours of his time each week. He said he and his teammates are often rattled by parental interference, especially when adults start directing his team during a game.

"The team gets affected by it because they do what the parents say … they say, 'Kick it, score, shoot, pass that way.' If we're not supposed to do that, you shouldn’t be yelling at us to do something we’re not taught to do," he said.

Paris, who is now retired, said his message to other parents is simple: "Your kid might not be a pro player and that's OK. He might not get a scholarship and that's fine too. There could be a hundred parents out there, but he's going to hear one voice — your voice."