JAKE HAGER angered the crowd in Chicago after his controversial win over T.J. Jones in Bellator 221 on Saturday night.

Hager, 37, a former WWE champion, drew the ire of the vociferous crowd and left the arena to a chorus of boos after his late release of Jones in the first round. 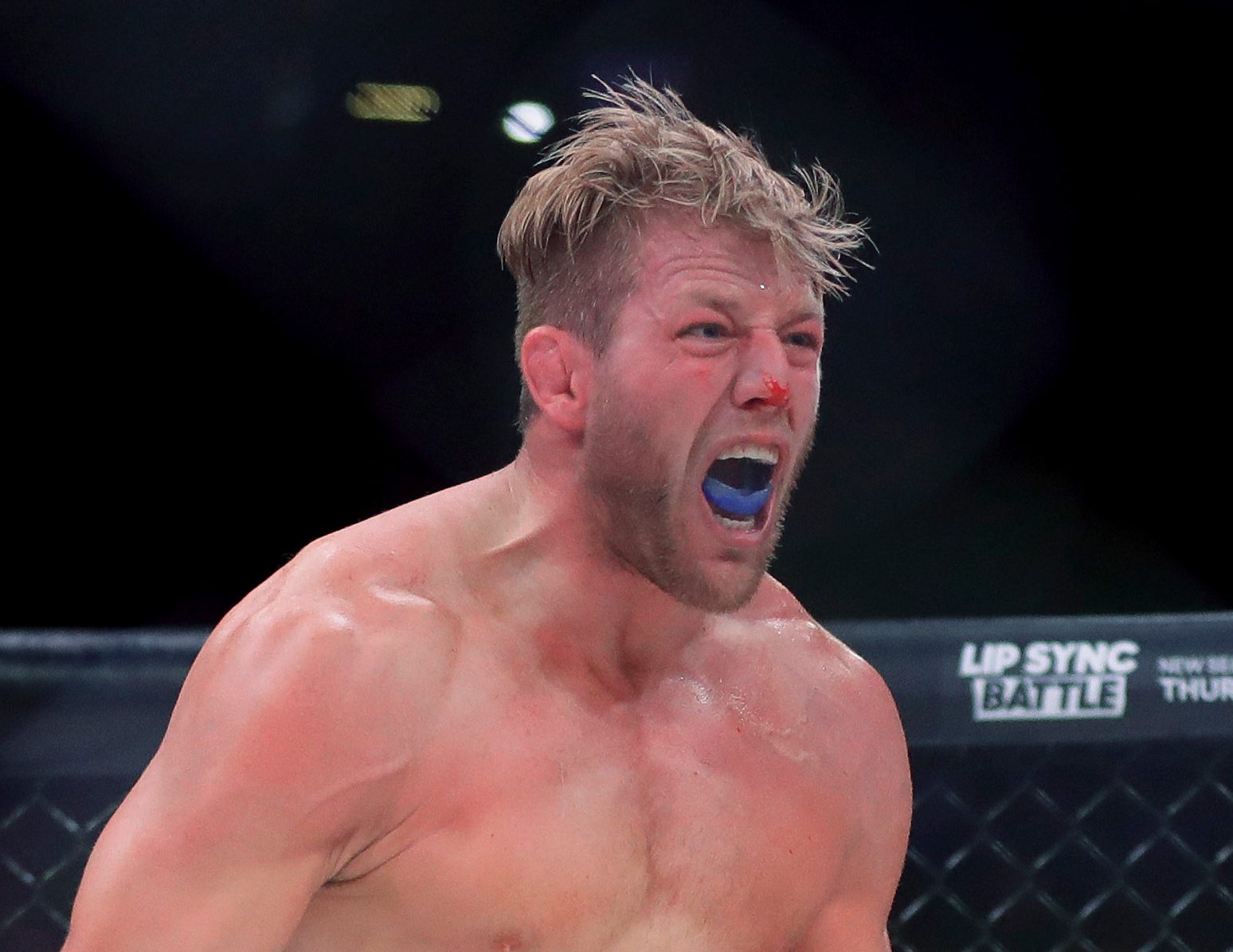 Hager's finish came at the 2:36 mark of the opening round, but boos rang around when he continued to choke Jones even though he had tapped out in submission.

The fight which was part of the main card of Bellator 221 and it saw Hager impose himself on Jones early on.

After putting Jones down on the canvas inside the first 20 seconds, Hager was unrelenting.

After threatening with an arm-triangle choke, he targeted the right arm again.

But Hager's victory was marred as he kept the choke on for longer before referee Mike Beltran kept trying to separate the two fighters.

Eventually, Hager rolled off, but it did little to endear himself to the crowd.

Despite his win, Hager refused to apologise for his unsportsmanlike behaviour.

He said: "I meant no disrespect, but you’re going to have to make me stop.

"I thought the referee was him.

"You all can boo me all you want, but you’re not in here right now. … I knew once I got on top, he’s not getting up.”

He added: "I'm rock hard right now with emotion. I got a bone."