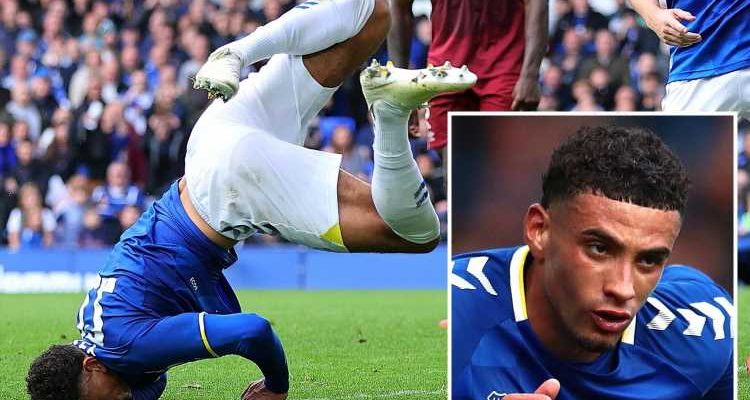 EVERTON star Ben Godfrey avoided serious injury after a nasty fall in their 1-0 defeat to West Ham on Sunday.

The former Norwich defender, 23, went up for a header against the Hammers, but landed on his face at Goodison Park. 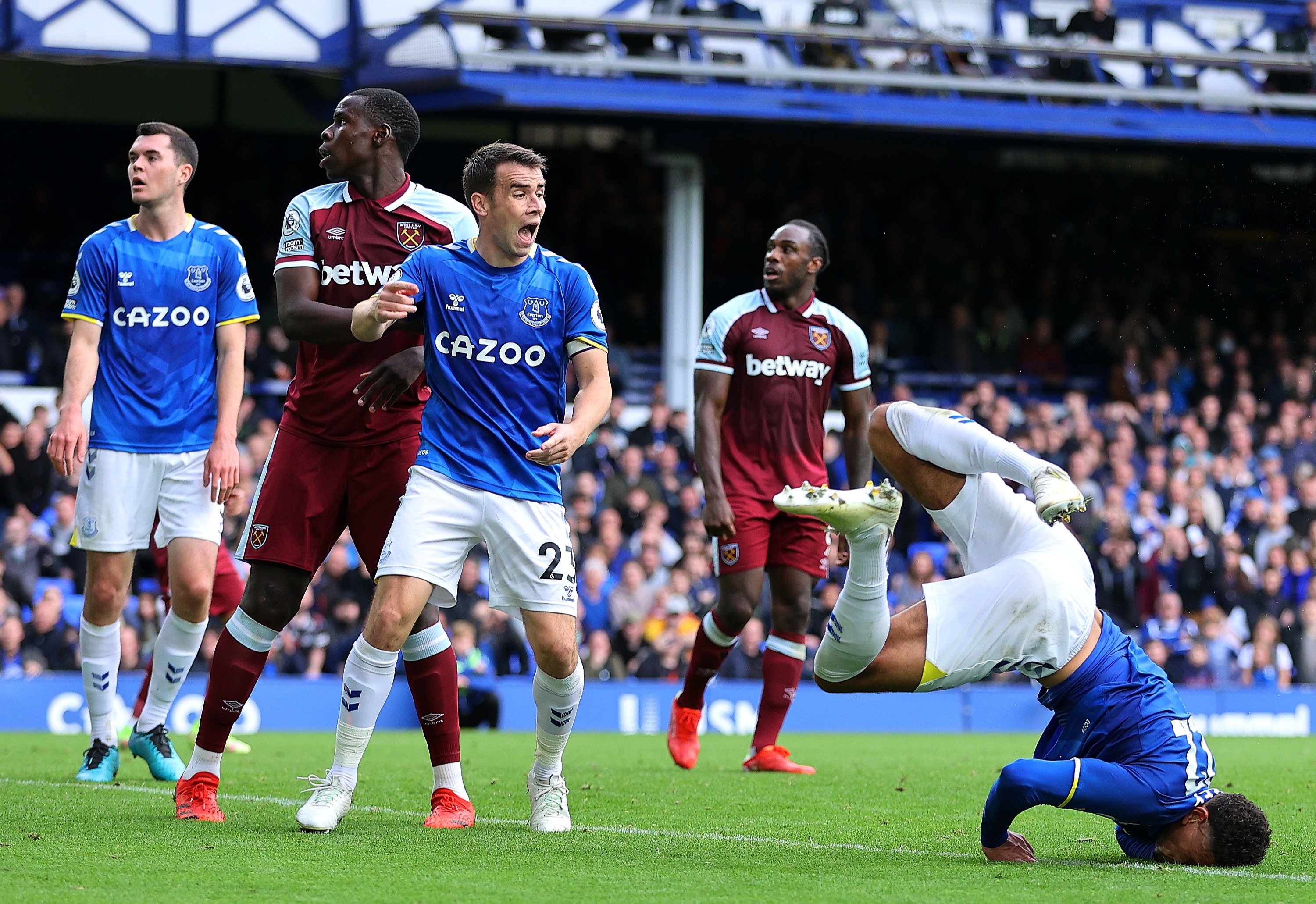 The incident happened late on in the second half, as the Toffees desperately searched for an equaliser.

Incredibly, despite the awkward moment, Godfrey was able to dust himself off and carry on in the final moments.

Godfrey was one of Everton's standout players, after joining the club last season in a £20million deal.

And his form even impressed England boss Gareth Southgate.

The centre back was selected in the provisional 33-man squad for the Euros last summer.

Although he didn't make the cut in the final 26, Godfrey did play in warm-up friendlies against Austria and Romania. 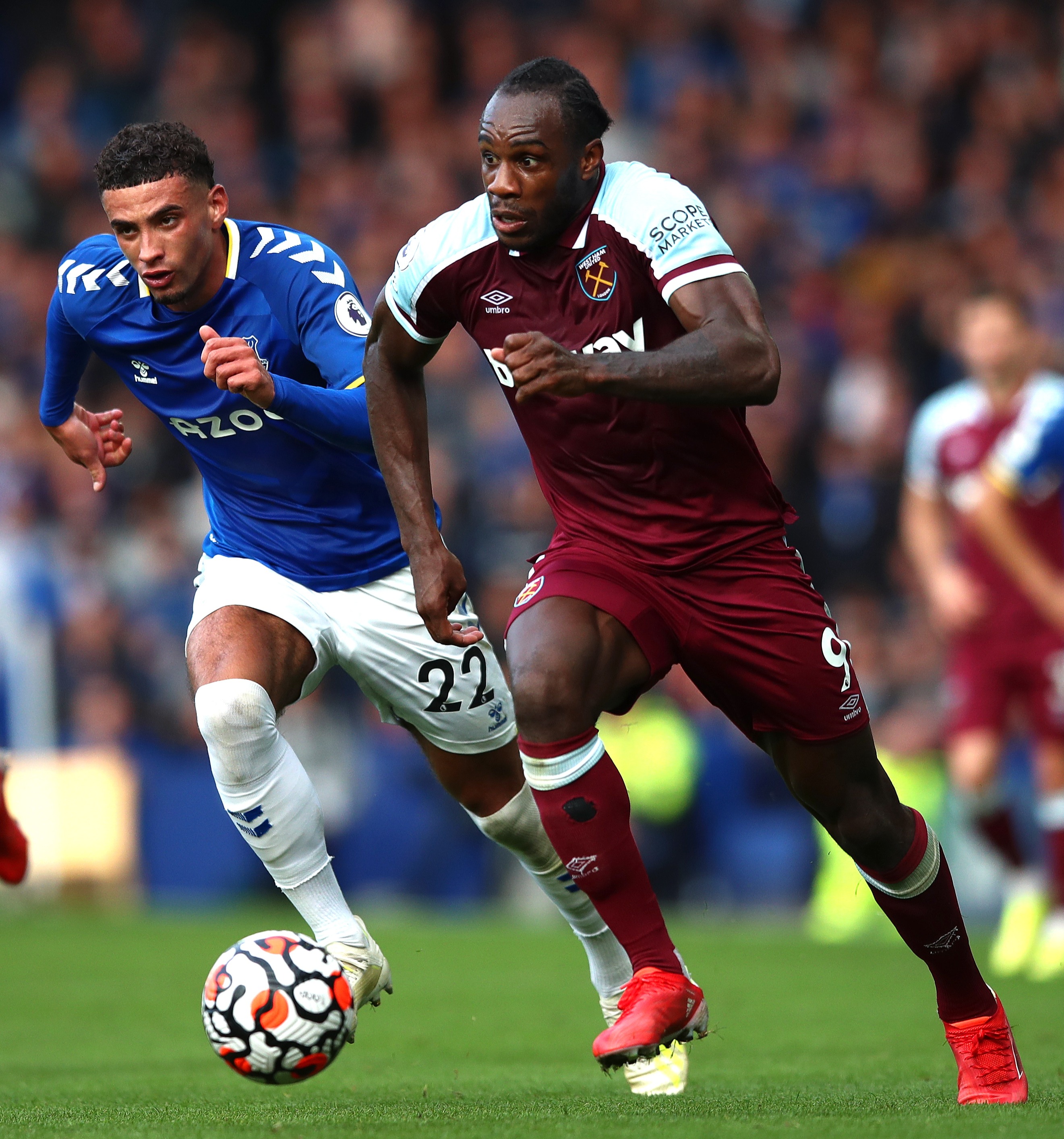 But on Sunday, Rafa Benitez's side were disappointing as they lost at home for the first time this campaign.

West Ham broke the deadlock on 74 minutes when Angelo Ogbonna glanced a Jarrod Bowen corner inside the back post.

Despite a late rally, Everton were unable to find an equaliser and it was West Ham who gained three valuable away points.