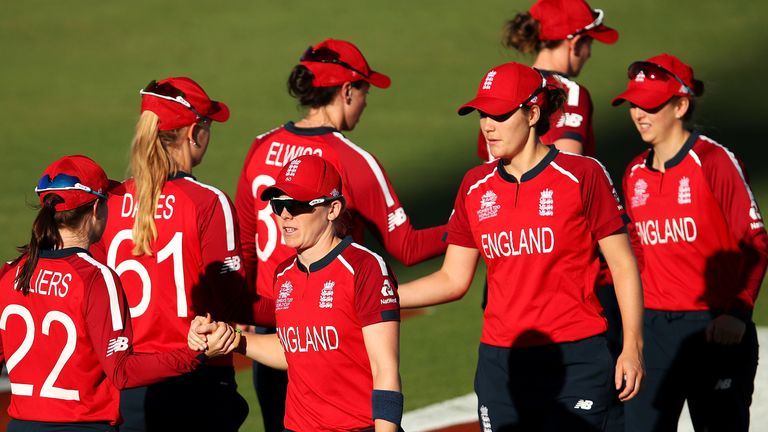 England Women will host West Indies in a five-match T20 series in Derby in September, with live coverage on Sky Sports.

The series, which will be played behind closed doors in a bio-secure environment at the Incora County Ground, will be the first international cricket in the women’s game since the coronaviorus pandemic began.

England were previously due to host India and South Africa this summer but both teams were unavailable to travel due to the coronavirus pandemic.

ECB managing director of women’s cricket, Clare Connor, said: “It’s so pleasing after many months of work and communication with colleagues across the international game that we are now able to confirm international cricket for England Women this summer.

“We’re grateful to the West Indies for the pace and determination with which they have worked with us over the last couple of weeks.

“We’re all still adapting and will need to continue to adapt to the sporting landscape left by COVID-19. That does not mean that we will give any less focus to the women’s and girls’ game and we’re totally committed to continuing our ambitions in that area.” England beat West Indies when the two countries met at the T20 Women’s World Cup in March, prior to their semi-final washout defeat against India.

ECB chief executive officer, Tom Harrison, said: “There were 86,000 fans in attendance at the ICC Women’s T20 World Cup final in March and the direction of travel in the women’s game in England and Wales has been relentlessly positive over the last few years.

“That momentum must continue despite the challenges of COVID-19, and we do not underestimate our role in driving that agenda.”

Meanwhile, the Rachael Heyhoe Flint final will be played on Sunday, September 27 – one day later than initially scheduled.

The domestic competition, created so that English women’s cricket can be played in spite of the coronavirus pandemic, begins with the opening two rounds of fixtures on Saturday, August 29 and Monday, August 31.

England will trim their current 24-player training group squad ahead of the West Indies series, leaving those not selected to return to their regional teams for the final round of Rachael Heyhoe Flint Trophy and the final.