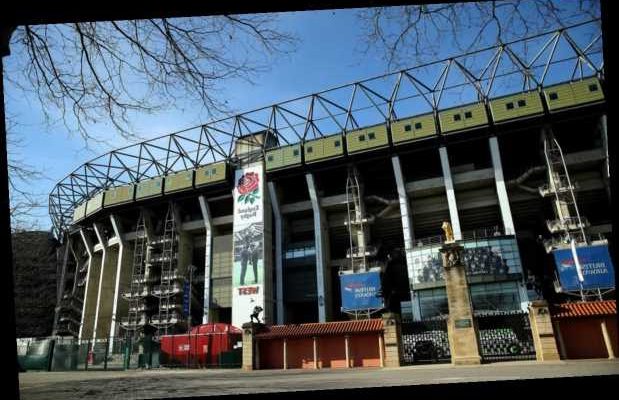 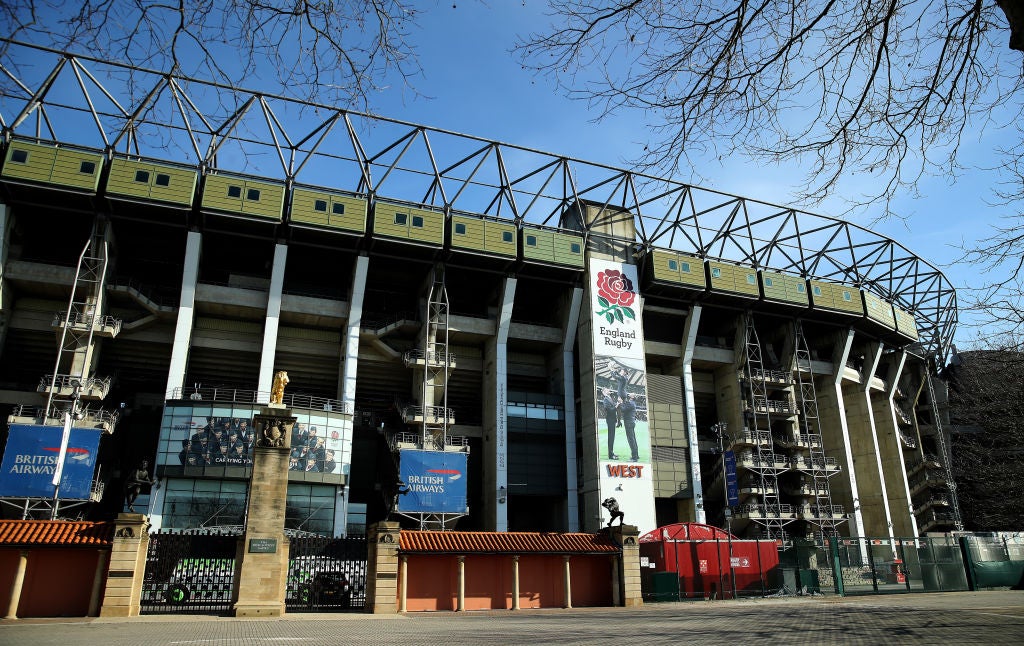 England aim to bounce back after being upset 11-6 by Scotland in their opening match of their Six Nations defence last week in the Calcutta Cup.

Eddie Jones claimed that the Red Rose will “never atone” for the loss, but the pressure is now on to pick up their first win of the current campaign against the Azzurri.

England rallied from a similar position last year to claim Six Nations glory, and Italy, who have collapsed to 28 successive defeats in the tournament dating back to 2015, represent ideal opponents.

“It’s not going to be hard to generate that coming off the loss to Scotland so at least we’ve got that to be thankful for. Italy are developing very well. You just don’t get any easy matches in rugby any more. It’s the beauty of the game at the minute. It’s also incredibly tough to play.

“It’s what we’ve become used to. We’ll embrace it and get a bit of fear about us because we need that. We need to be a bit nervous going into the game and then hopefully we can reach somewhere near our potential.”

Follow live updates from Twickenham, as well as build-up to Scotland vs Wales, where Gregor Townsend will look to solidify his side’s hopes of going all the way this year.

Live Rugby union coverage direct to your inbox every week

Rugby coverage is brought to you in association with QBE who help businesses build resilience through risk management and insurance. For more information go to QBEEUROPE.com

Eddie Jones on England’s chance to get back on track.

“We are back on the front foot,” England’s head coach said on Thursday after naming his team. “Sunday we were still pretty low as you would expect, but from Monday onwards, the energy has been good. We have taken responsibility for the performance, no excuses. We’re getting ourselves ready to play really well on Saturday.

England will be wary of this Italian side. The margin of defeat read 40 points come the close of their clash with France last week, but Italy’s raw attacking numbers were good, and they were able to unpick the French defence with some intriguing patterns at times. Being more clinical when those breaks come are the next step for this young side, which is without perhaps its three best players. In a 20-year-old Paolo Garbisi, the Azzurri might have their best and most complete fly-half since Diego Dominguez, and if he can pull the strings again in partnership with Carlo Canna, England can take nothing for granted even as huge favourites. 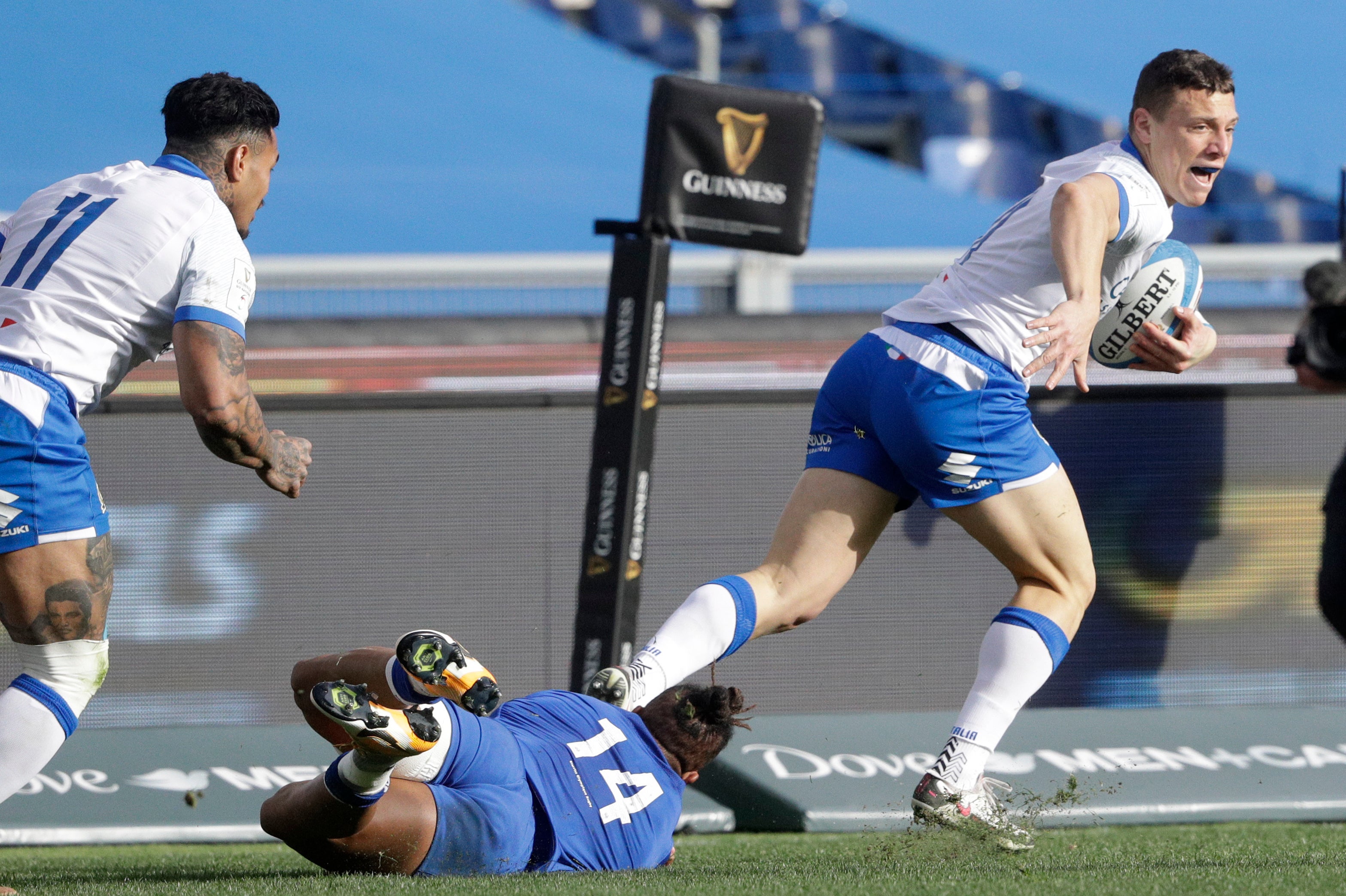 Opting for a dual-playmaker approach of their own are Franco Smith’s Italy – Carlo Canna adds experience to an otherwise raw backline, reuniting with Paolo Garbisi at 12 and 10 after their partnership showed promise in the autumn.

Similarly battle-hardened is loosehead Andrea Lovotti, who helps boost the average number of caps in the side to 15 as he comes in to the front row. The back row showed some punch a week ago even in the absence of Jake Polledri and Braam Steyn: look out for number eight Michele Lamaro and Hartpury-crafted, Zimbabwean-born thumper Sebastian Negri at six.

Five changes to England’s starting side from a week ago, but whereas such a figure in previous contests with Italy might indicate opportunities for some of the fringe members of an English squad, Eddie Jones has played his strongest hand this week.

It is all-change up front – Kyle Sinckler is back from suspension and Mako Vunipola from his injury recovery, so England’s first-choice propping pair come straight back in, while Luke Cowan-Dickie completes the front row as Jones looks at a different usage of two fine hooker, with Jamie George on the bench. Courtney Lawes adds bulk on the blindside; Mark Wilson drops out of the 23.

Wilson has company in the form of Ollie Lawrence, used curiously against Scotland, with a return to the George Ford/Owen Farrell axis in midfield. After an out-muscling a week ago, it is a relatively bulky bench, six forwards and two backs, and no place for either of the potential debutants, Paolo Odogwu (who also qualifies for Italy) and Harry Randall.

I am pleased to say that the sun is shining at Twickenham after a bitterly cold week in the English capital. It isn’t particularly balmy, somewhere around the freezing mark, but after a particularly chilly night, the players will be glad of the warming rays this afternoon.

Let’s look at those teams in more detail…

Eddie Jones was on typical form in the build-up to this game, comparing himself to a “mad chemist” as his side looks to bounce back from what might have been the nadir of his tenure in charge. England were thoroughly out-played and out-competed by Scotland, perhaps feeling the lack of lift from a home crowd locked out and locked down. Speaking this week, Jones and captain Owen Farrell, who drew plenty of criticism a week ago, both took the blame for a below-par performance, but England seem ready to take out their frustration on this inexperienced Italian side: 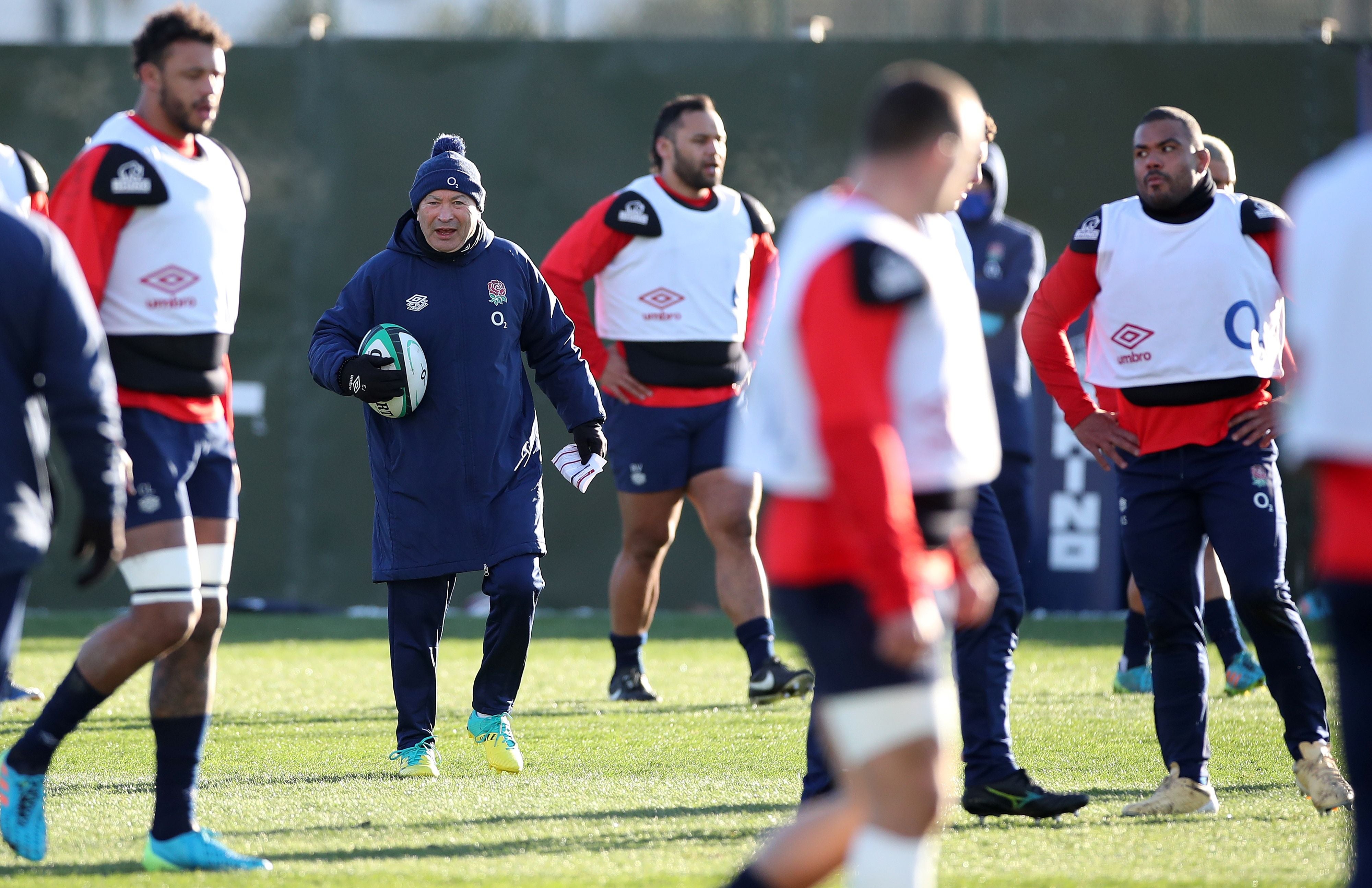 Where a game against Italy might in the past have been an opportunity to look at options further down the pecking order, this is a familiar England side given a chance to right the wrongs of the opening weekend

Welcome to Round Two of the 2021 Six Nations. This may be an edition unlike any other, but the first weekend delivered action aplenty as seemingly only this grand old tournament can. Saturday saw an ominous France thrash a spritely Italy, before Scotland delivered a famous triumph, victors over England at Twickenham for the first time since 1983. Sunday brought a pleasingly familiar clash of brains and brawn in Cardiff, Wales just about the victors over a 14-player Irish side.

And this weekend, we do it all again. France travel to Dublin tomorrow for a fascinating clash, while Wales have made the trip up to a freezing Murrayfield to meet those superb Scots. We will have plenty of coverage of those two games over the course of the weekend, but we begin by turning our eyes to Twickenham. Italy are in town, and after the sting of defeat a week ago, England may just be out to prove a point…