ENGLAND fans have called for Gareth Southgate to be KNIGHTED after he guided the Three Lions to their first final in 55 years.

England beat Denmark 2-1 on Wednesday night in an historic victory as skipper Harry Kane scored the winner in extra time. 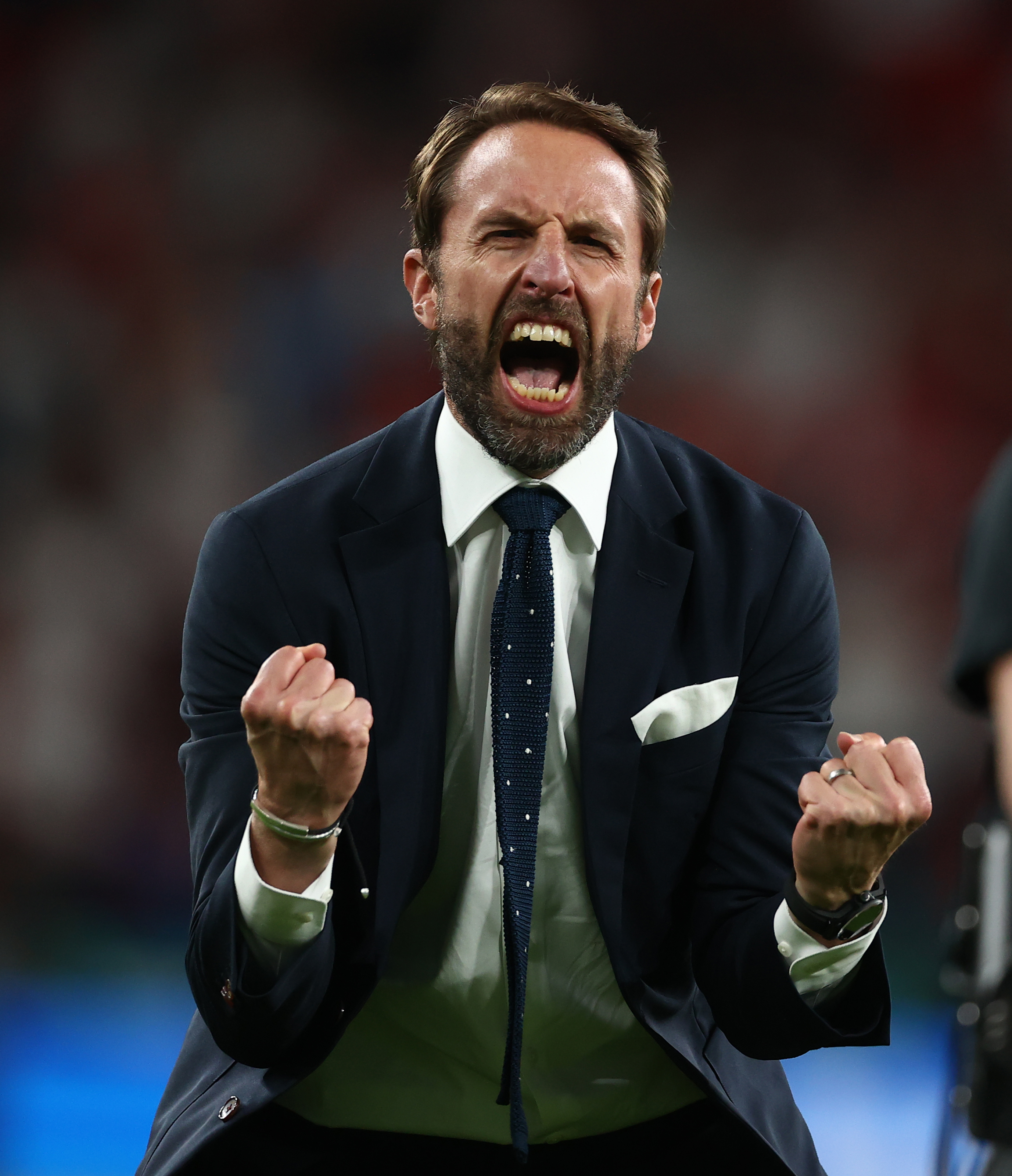 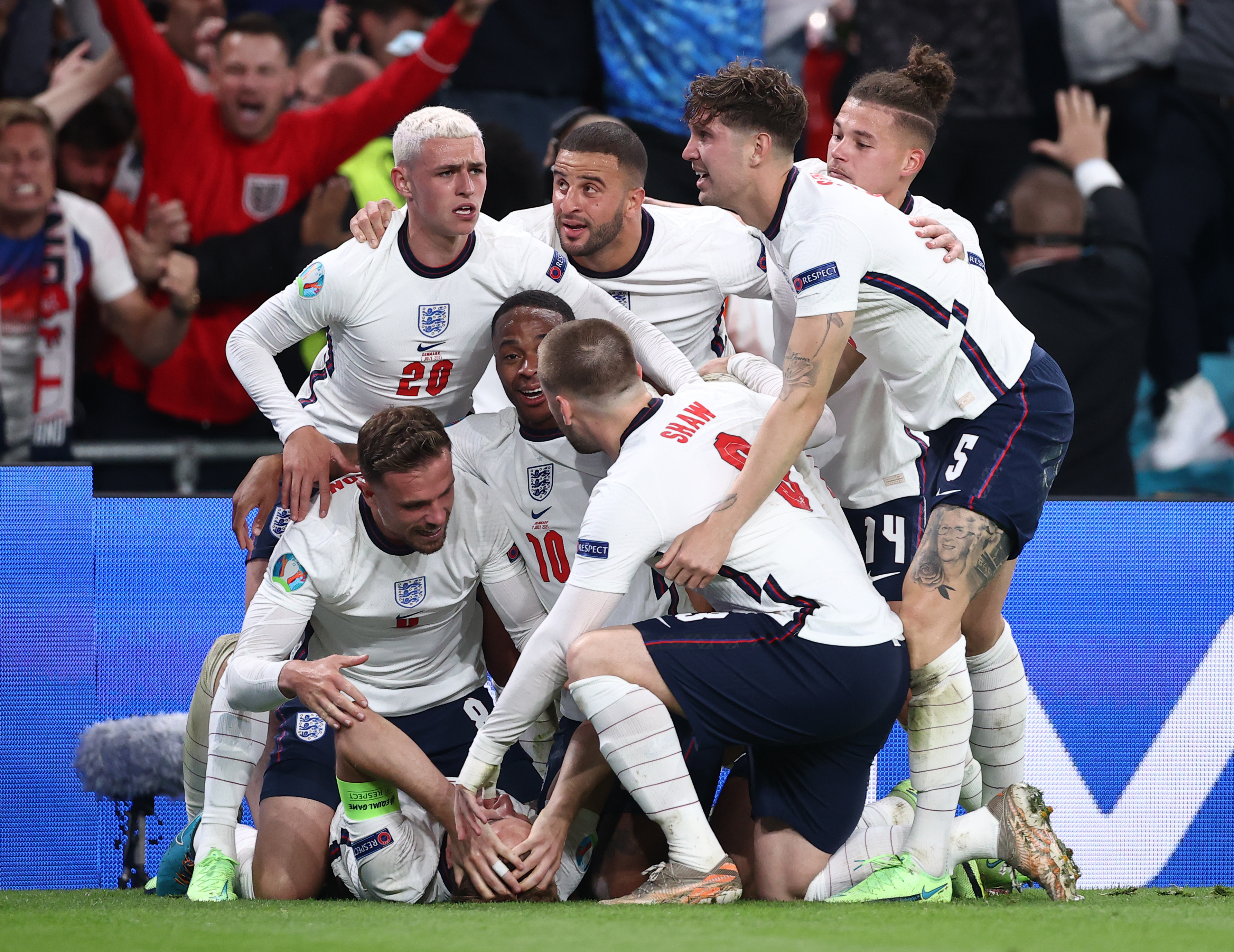 The result was the first time England had reached a final since 1966 when they went onto lift the World Cup.

At the time they were managed by Sir Alf Ramsey and, following last night’s game, many fans took to Twitter to suggest that current boss Gareth Southgate should be in line for the same honour.

A second said: “It'll be Sir Gareth Southgate if we win it!

While a third concluded: “Arise Sir Gareth Southgate. Not just a great manager, but an inclusive and inspirational leader. Well done England.”

One fan gushed: "One win from Sir Gareth Southgate."

Prior to Wednesday’s game, England had been knocked out in their last three major semi-finals.

During Euro 1996, Southgate, then as a player, missed a decisive spot kick as England were booted out of the competition by eventual winners West Germany.

However, England’s 2-1 victory against the Danes finally secured that elusive spot in a major final – seen by many as the ultimate redemption story for the England boss.

On Twitter one fan recollected: “I was in London in Trafalgar Square when Gareth missed the penalty. I was a young fella and he was too.

“It is so nice to see him do well tonight. Well done Gareth Southgate or maybe Sir Gareth after Sunday.” 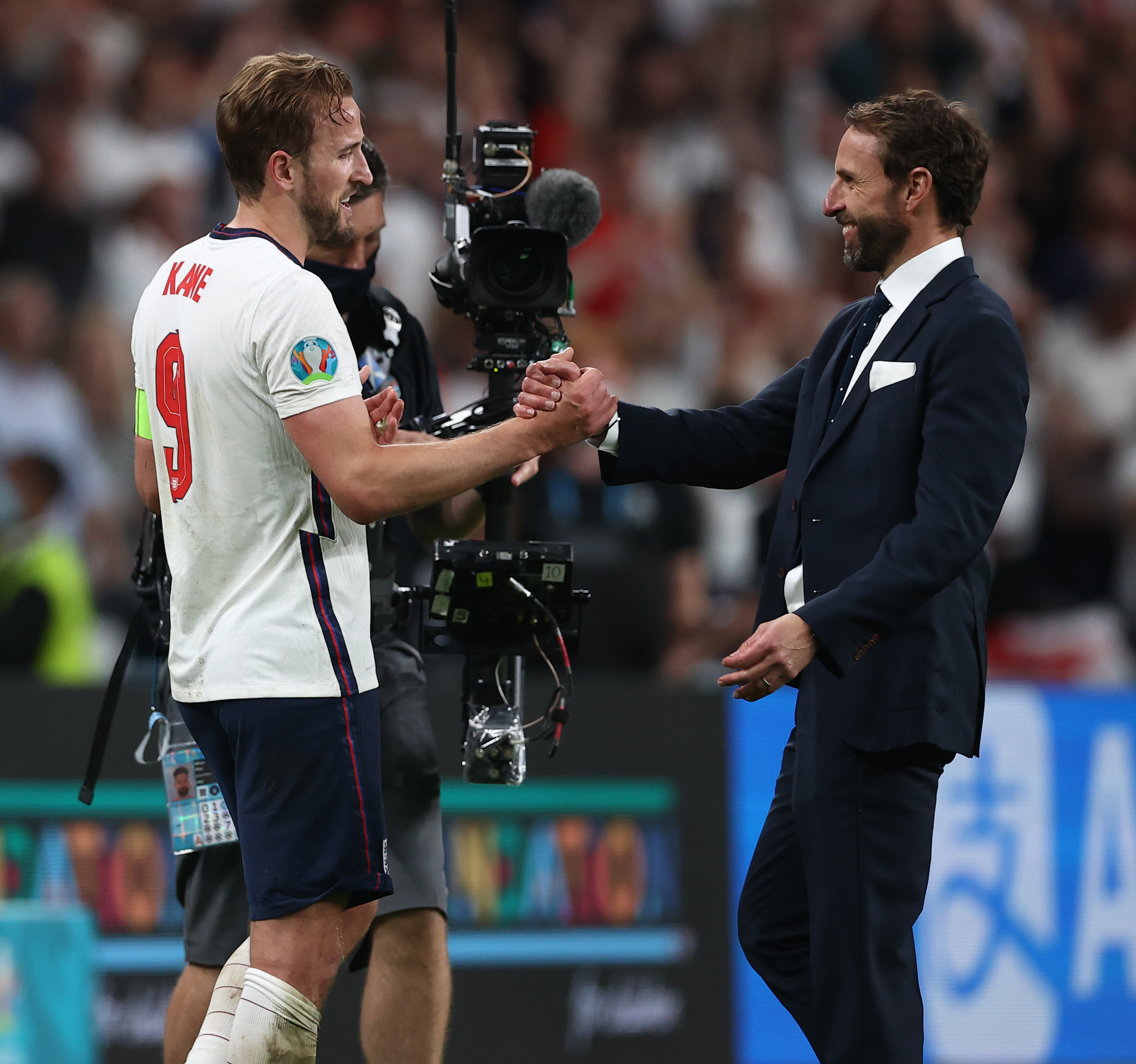 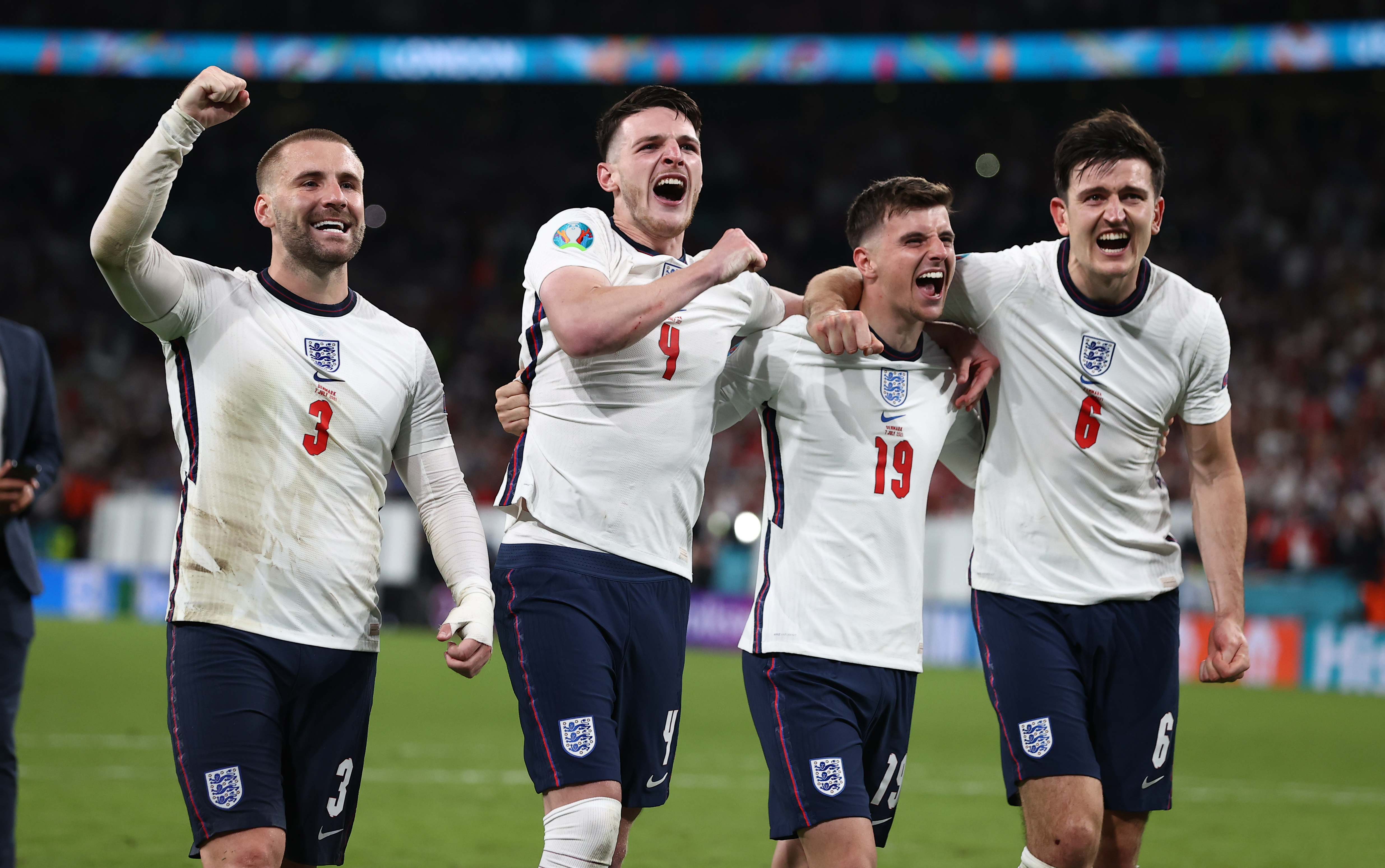 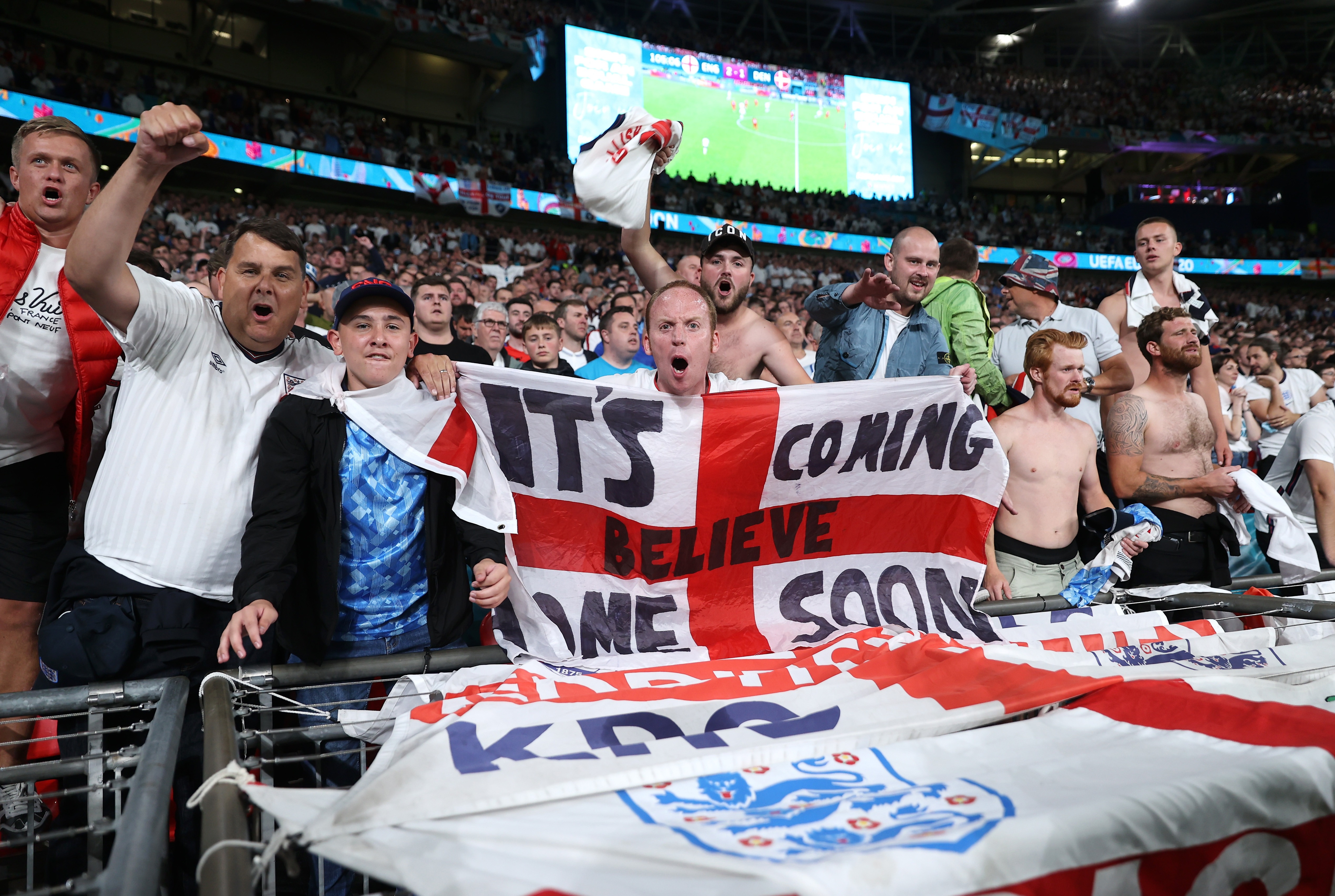 Although victorious on the night, England were tested by a strong Denmark side who opened the scoring via an impressive free kick from starlet Mikkel Damsgaard.

The youngster shot flying past Jordan Pickford in the England net as the home side conceded a goal in the tournament for the first time.

But, England swiftly roared back to life, securing an equaliser before the break. Saka’s square ball across goal bundled over the line by Danish captain Kjaer.

As the second half came and went, England struggled to break down a resolute Denmark defence as the game crept into extra time.

Fans were fearing the worst with a potential dreaded penalty shoot-out on the cards, but were given a lifeline when Raheem Sterling was taken down in the box.

Captain Harry Kane was the man deployed with the unenviable task and, despite seeing his shot initially saved by Kasper Schmeichel, slammed in the rebound to take England to the promise land.

The result left many fans jubilant and overwhelmed with emotions as they took to streets, pubs and gardens to celebrate the historic win.

Fired-up fans were caught on camera climbing onto a buses' roof in Piccadilly Circus before brandishing flags, dancing, and chanting as crowds swarmed the street below to celebrate of England's historic victory.

Others hyped footie fanatics were snapped mounting lampposts, buses and telephone boxes amid the sheer pandemonium following the heart-stopping match.

Crowds could be heard chanting "England" in unison as the excitement gripping the nation shows no sign of stopping.

England will now take on Italy in the Euros final on Sunday at 8pm. 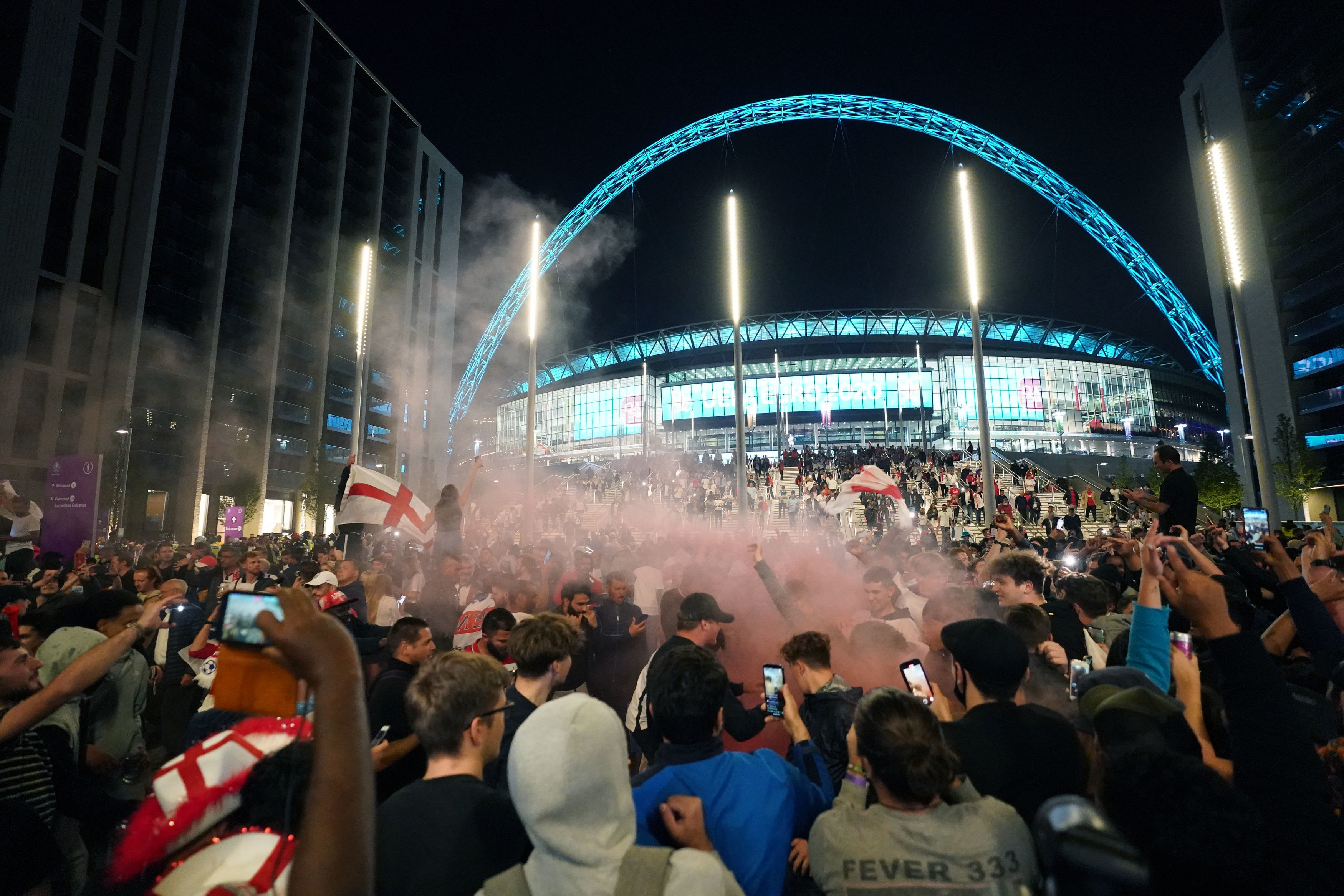 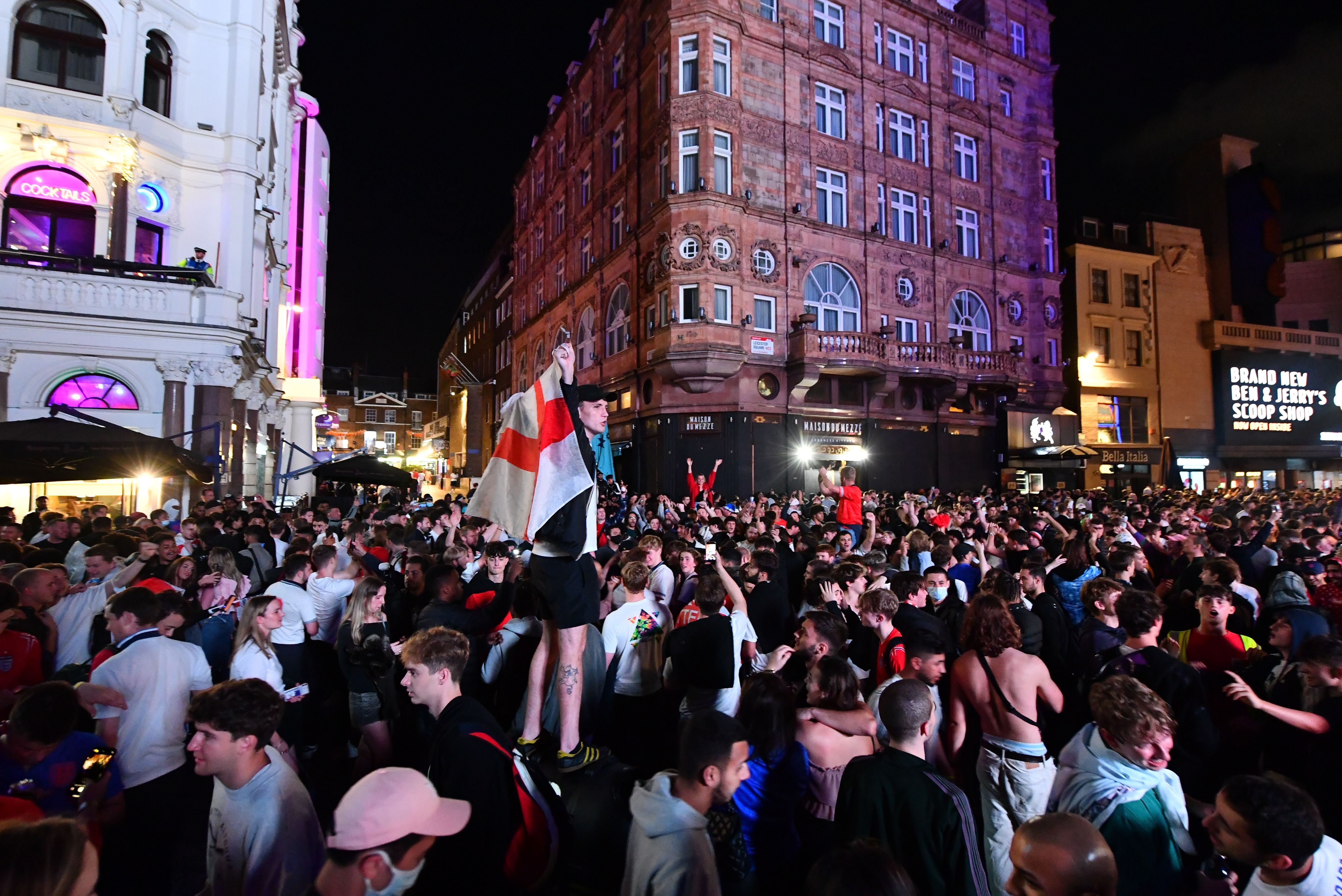 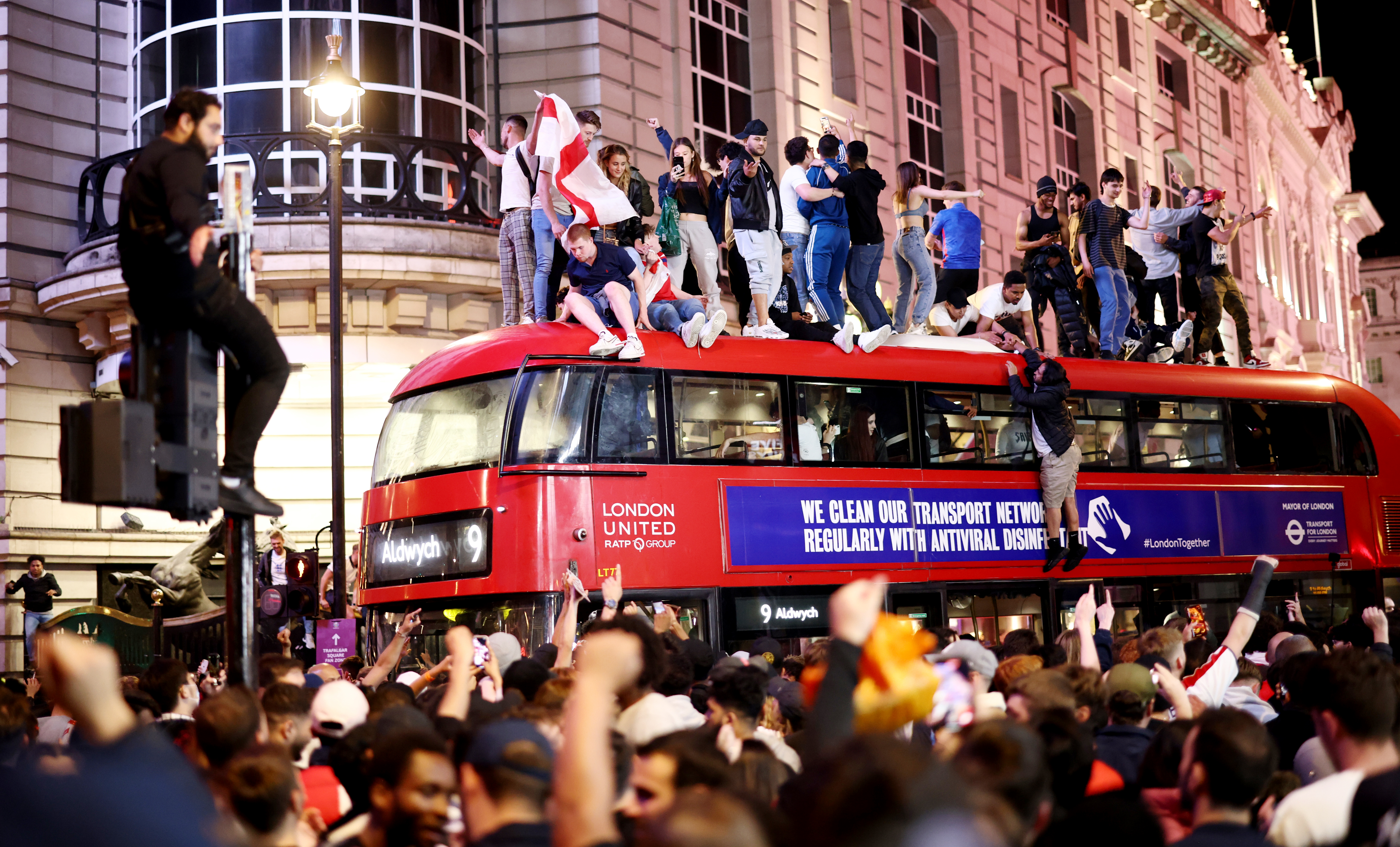