The England skipper had been dreadful from the tee all day as France's THIRD TEAM shocked Eddie Jones' massively experienced side. 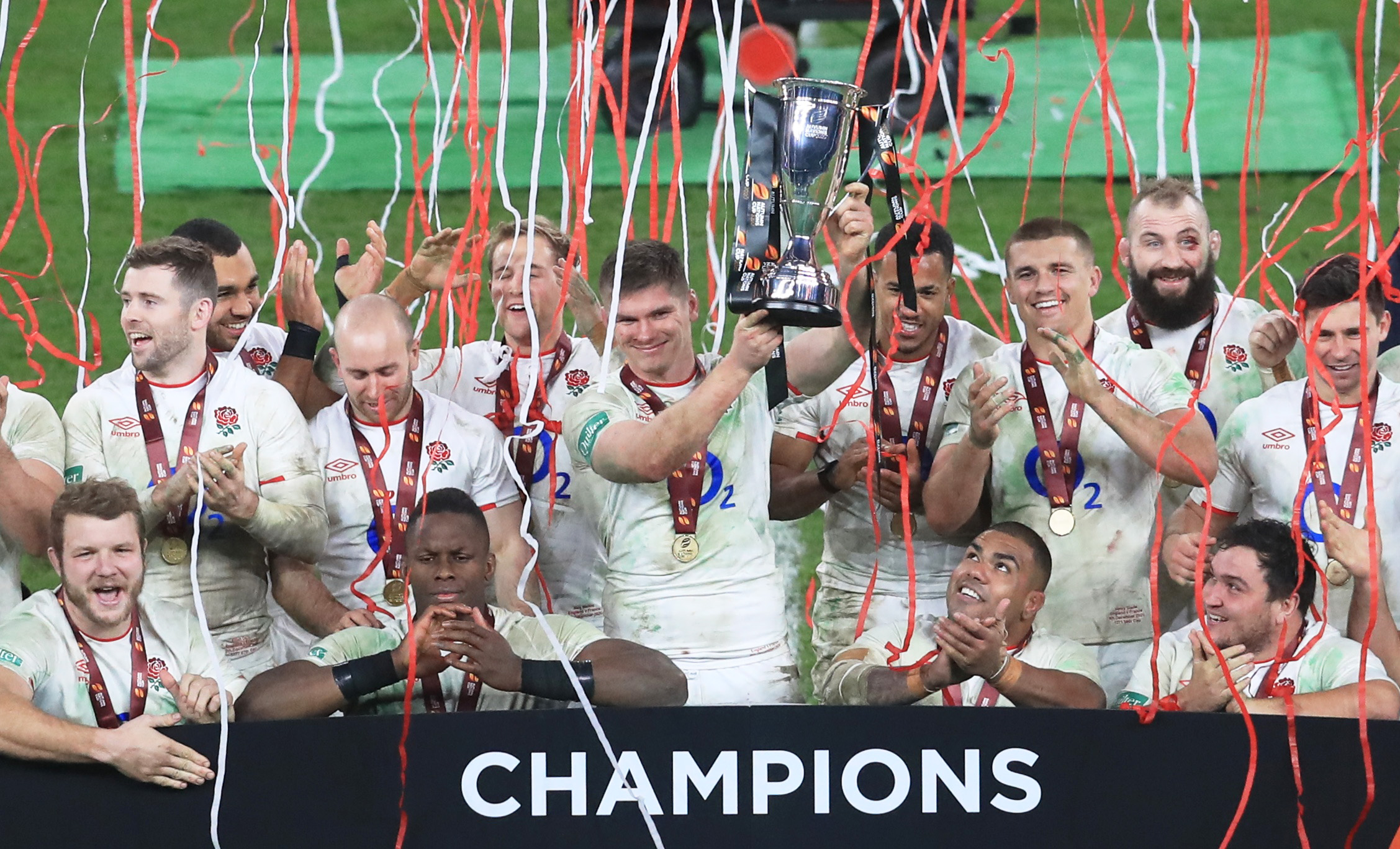 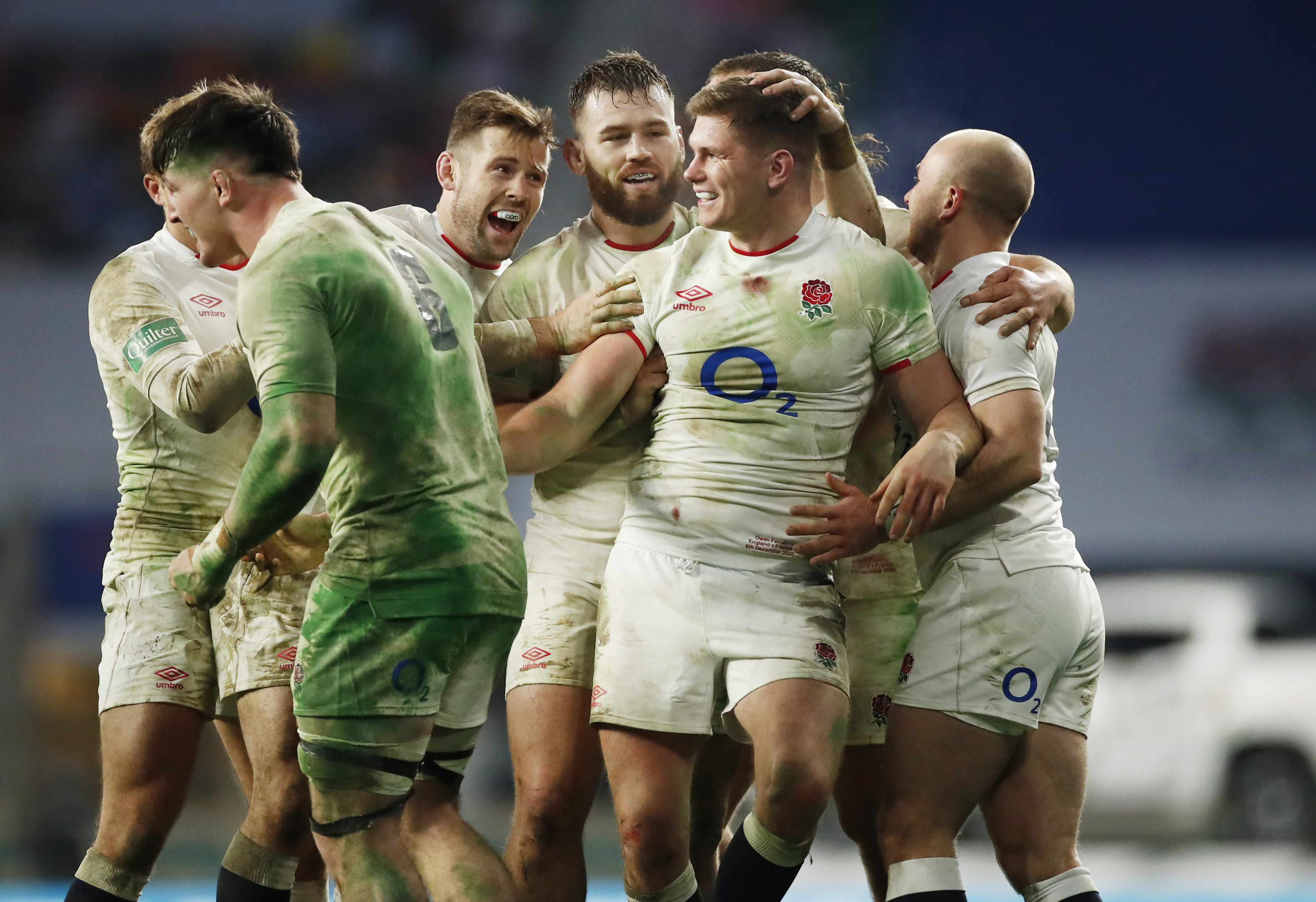 But the captain delivered in the second-half of added time as he booted the crucial penalty – having hit both posts with an earlier effort to close the game out.

It was an ugly victory and England only managed it thanks to Luke Cowan-Dickie's last-gasp score to send the game into the grandstand finish.

For most of the game Jones' side were heading for total and utter humiliation from France's wonder-kids as they looked to be bottling another final.

Just over a year from choking in the World Cup final to South Africa, England were flirting with ending 2020 just how they started it – with a master-class from Les Bleus.

No one expected Fabien Galthie's rookies to do so much damage and totally embarrass England like this.

For the most, it was an absolute joke of a performance from England, who insisted in the build-up that they weren't playing for a Mickey Mouse trophy.

Despite going ahead thanks to a Farrell penalty in the eighth minute, England were behind seven minutes later thanks to the classy Matthieu Jalibert.

Superb fly-half Jalibert, 22, skinned both Jamie George and Farrell before supplying the bullet pass for full-back Brice Dulin to dive over for the first try of the game. 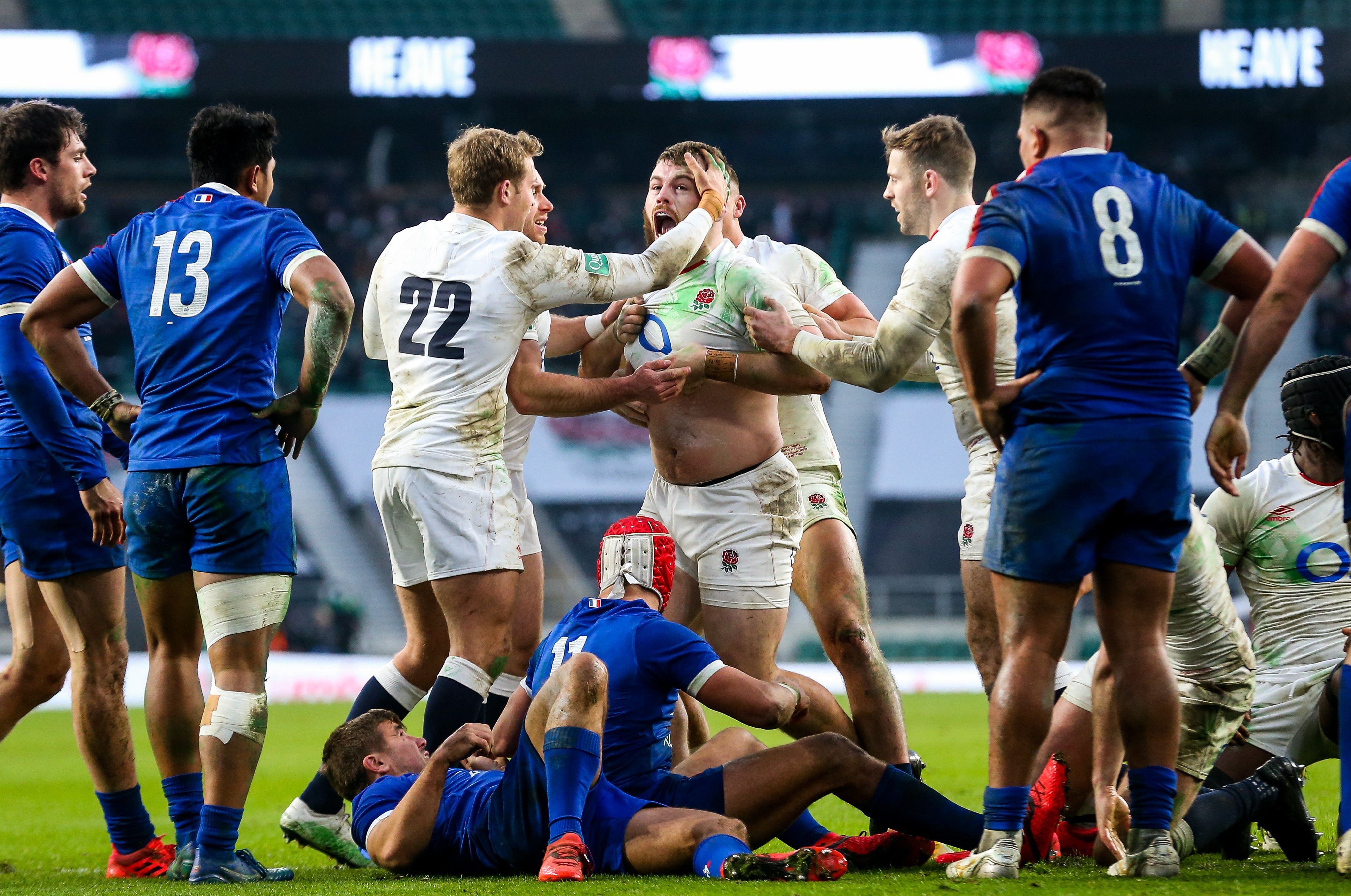 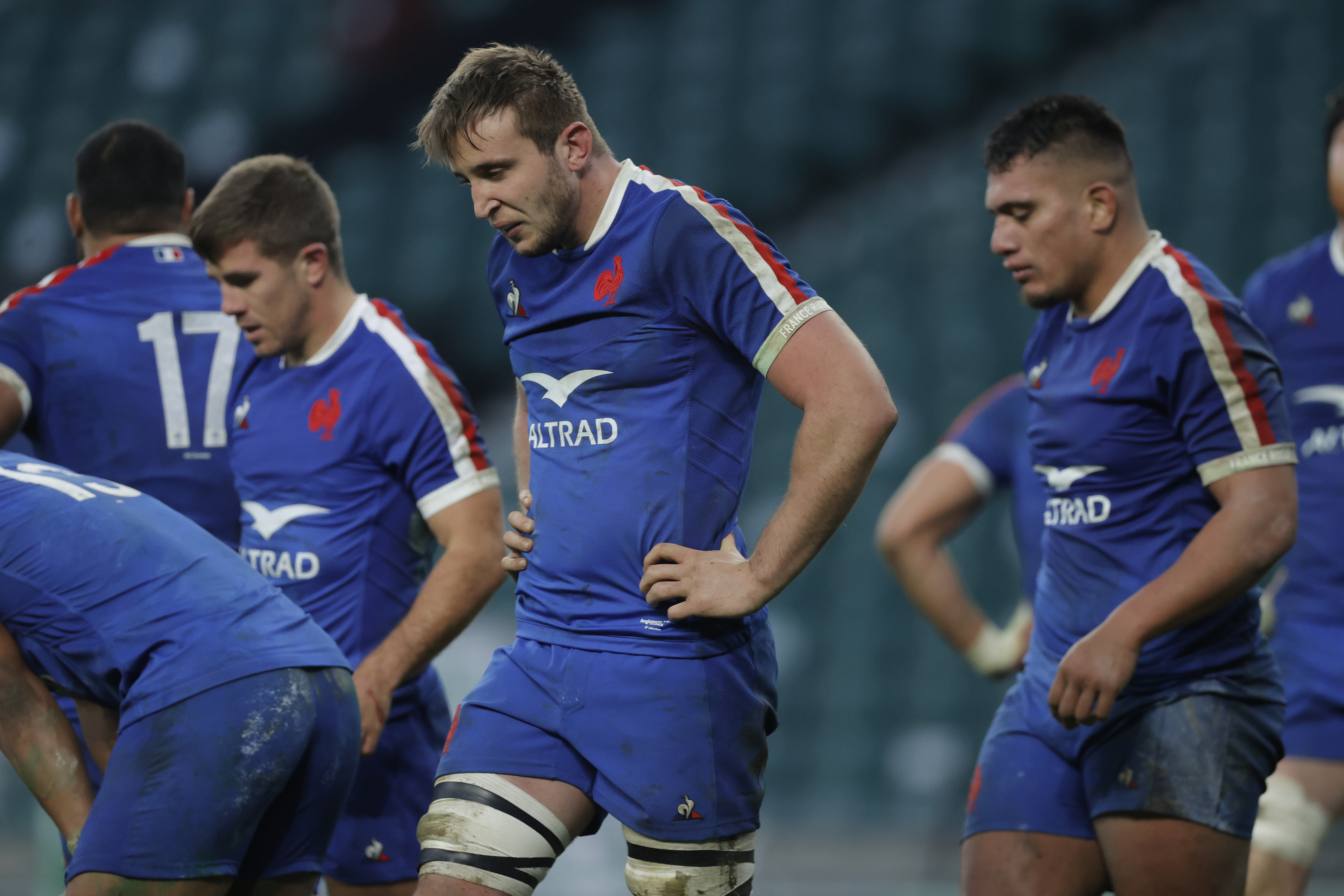 They punished boring old England and their Red Rose robots who only wanted to kick the ball away.

Despite picking a back line full of flair from Jonny May, Anthony Watson, Elliot Daly and Henry Slade – all they wanted to do was boot it away.

England had only trailed at half-time three times in the previous two years and went on to lose all of those.

After Farrell missed a penalty in the first half he went on to screw another two wide after the break and it seemed to be that another defeat was on the cards as they trailed 16-9 with 10 minutes to go.

France sub Louis Carbonel added two penalties himself as France looked to be heading for a famous shock and their first win here since 2007.

However, mis-firing Farrell then finally found his kicking boots before adding the crucial one after Cowan-Dickie's last-minute try.

And when his first attempt on 80 odd minutes rattled off both posts England had to go to the well again.

Then, with six minutes left and the game heading to sudden death kicks, Farrell finally nailed the big one as England came back from the dead.