THIS is not how it was supposed to go for the richest club in the land.

Alexander Isak’s penalty saved Newcastle from a humiliating defeat against Bournemouth after Phillip Billing’s opener – but this was must-win for Eddie Howe’s Mags. 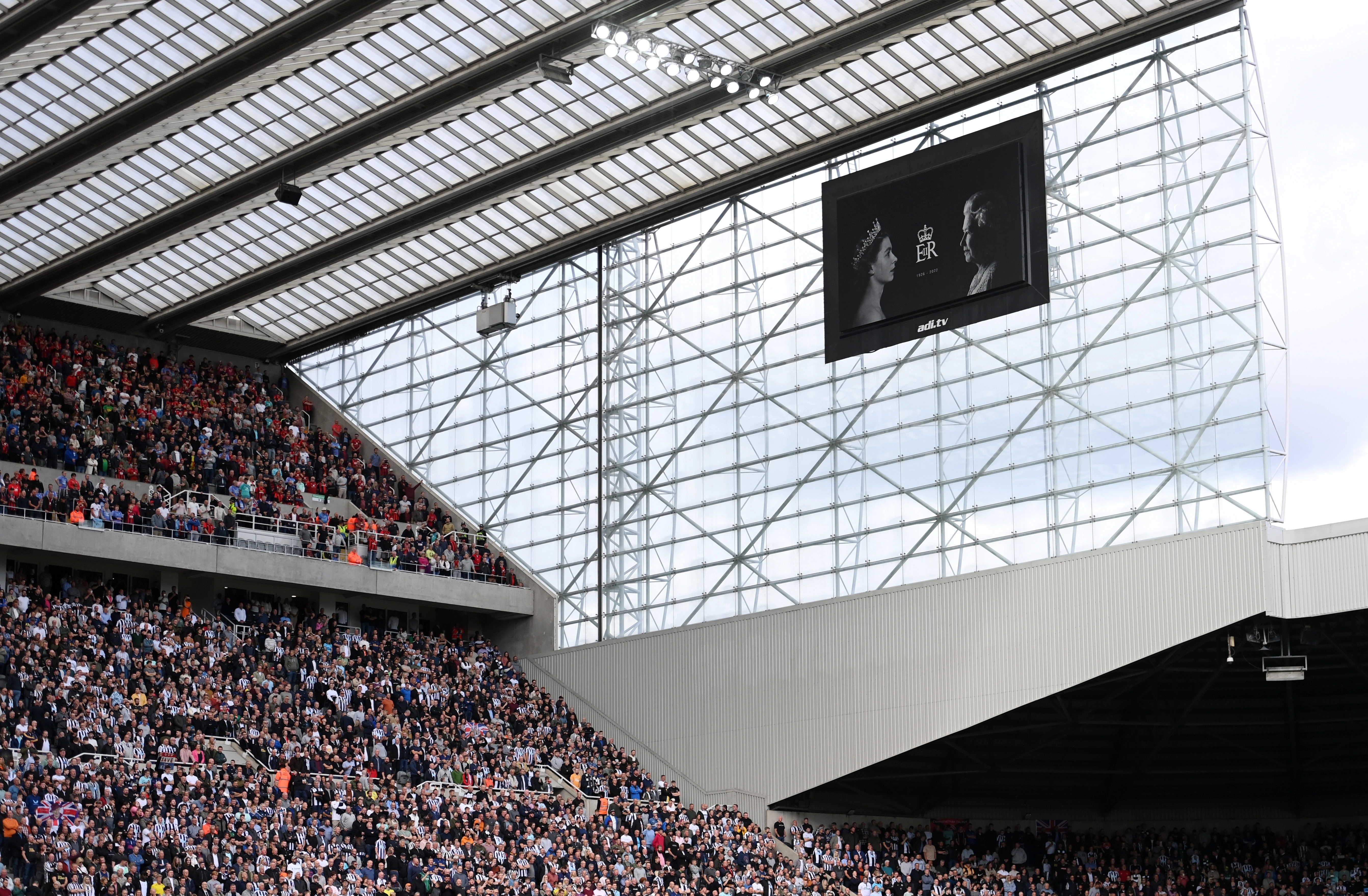 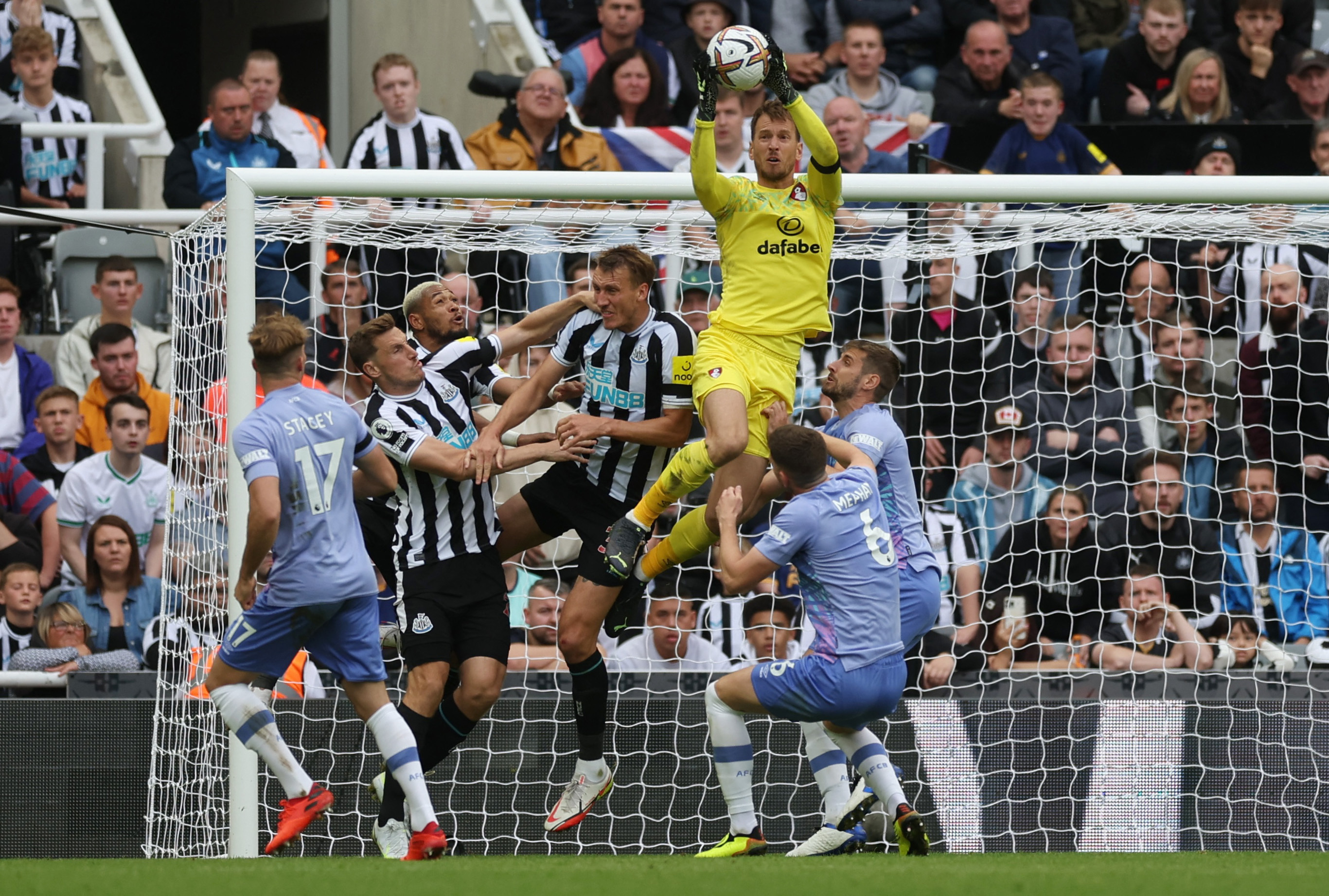 After spending £200million in 2022, expectations have been raised on Tyneside.

And anything other than a win versus a newly-promoted side is simply not good enough these days.

This was supposed to be the season when the Saudi-funded Mags announced themselves as serious contenders, as the side capable of smashing down the established order.

But after seven games it’s just one win – coming on the first day of the campaign against Nottingham Forest – with this uninspiring showing as flat as Newcastle have been under Eddie Howe. 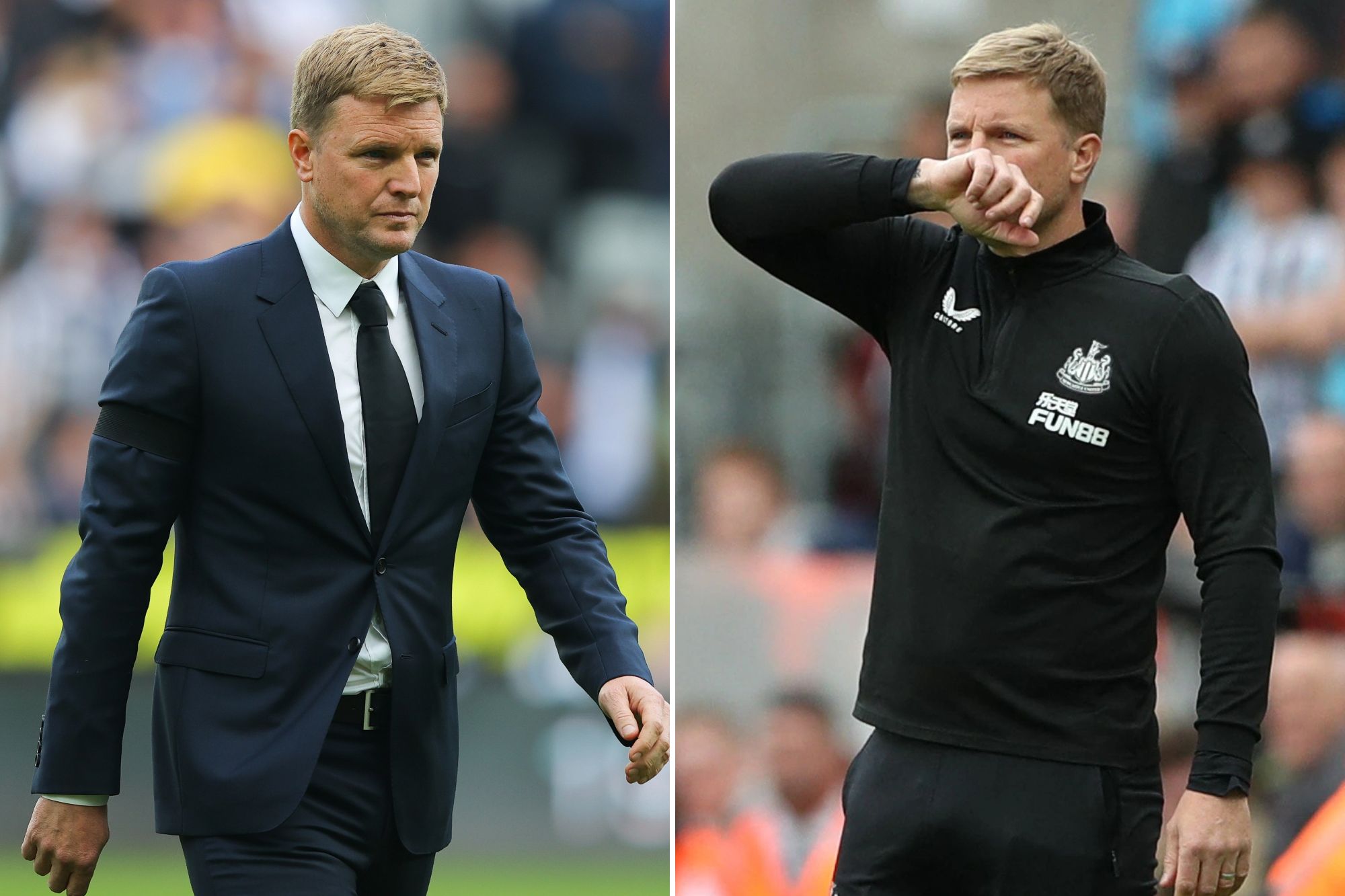 Up against his former club for the first time, Howe cut a frustrated figure all afternoon as his boys struggled to unlock Bournemouth’s defence.

And while St James’ Park has been bouncing ever since the Saudi takeover last October, there were more moans and groans here than throughout that time.

Newcastle were boosted by the return of midfield baller Bruno Guimaraes after a three-game absence due to a hamstring problem.

There was still no Allan Saint-Maximin or Callum Wilson though, leaving the bench worryingly weak.

FOX IN THE BOX

But forget about the bang-average bench, the starting XI here were off the boil and uninspiring.

And that filtered into the stands with the small pocket of away fans up in the gods of St James’ Park making much more noise.

Howe and Magpies co-owner Amanda Staveley joined the players on the pitch for an impeccably-observed minute’s silence in memory of the Queen.

The Cherries fans were singing Howe’s name within minutes of the start, but they were less welcoming towards ex-winger Ryan Fraser – booing his every touch.

Their former manager is a legend for life, but it doesn’t look like they’ll forget Fraser refusing to play at the end of the 2019-20 season when Bournemouth were relegated in a hurry.

Kieran Trippier rattled the post with a free-kick from 20 yards but frustration was building heading into the break. 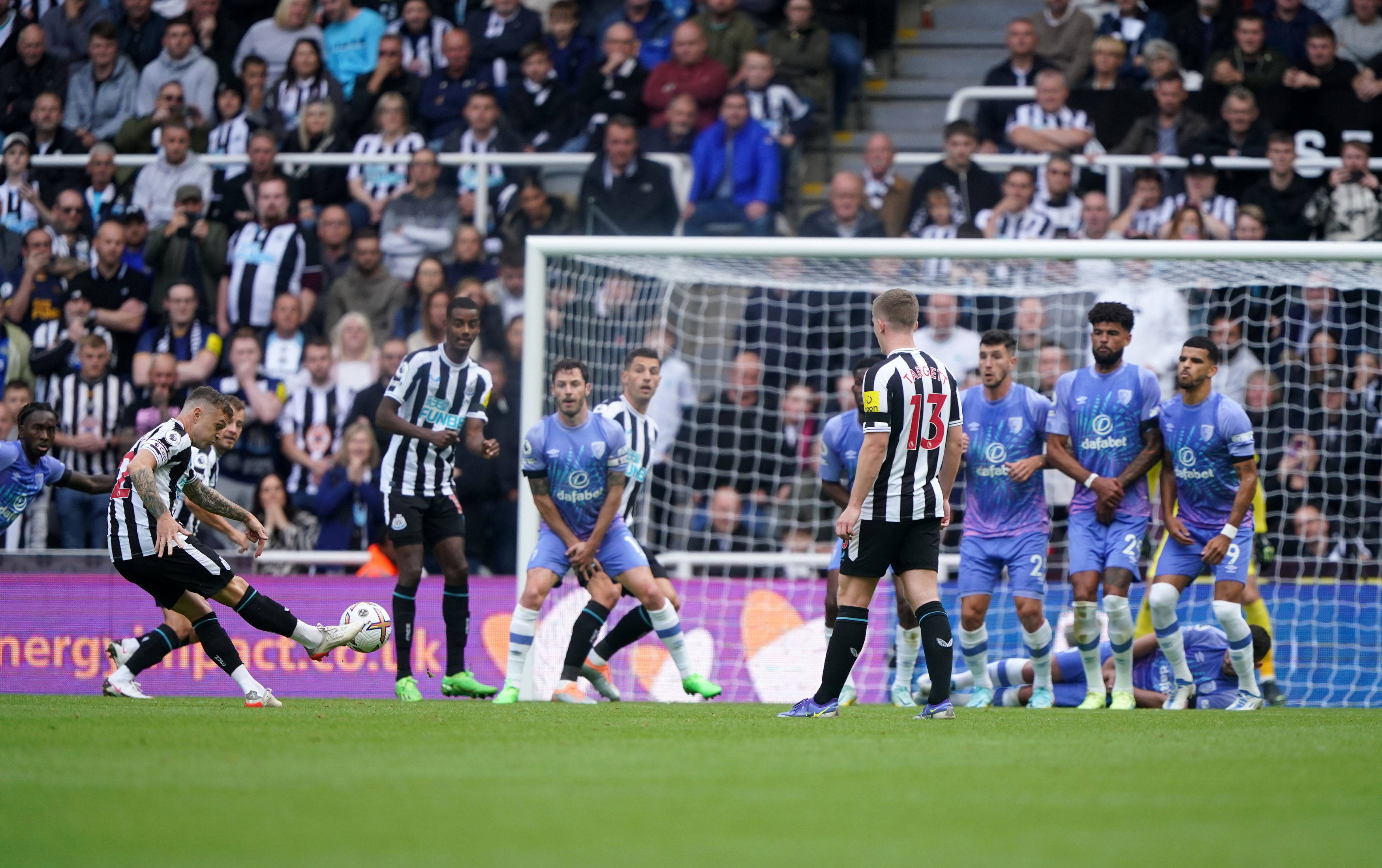 Joelinton was the one Toon player providing some oomph, with the Brazilian somehow not putting Newcastle ahead with a flurry of chances.

His first effort from the left of the box across goal bounced off the posts before Cherries keeper Neto denied him moments later.

Flying to his left, the Brazilian then superbly saved from Fraser for good measure.

Bournemouth were hardly threatening at the other end but Marcus Tavernier should have done better than nodding Jordan Zemura’s looping cross wide after finding himself free and Toon goalie Nick Pope in no man’s land.

The visitors were camped in at the start of the second half yet continued to prove a tough nut to crack.

Record £60million striker Alexander Isak struggled to get into the game – however it’s a little unfair to hammer him too much given the lack of decent supply from wide men Fraser and Miguel Almiron. 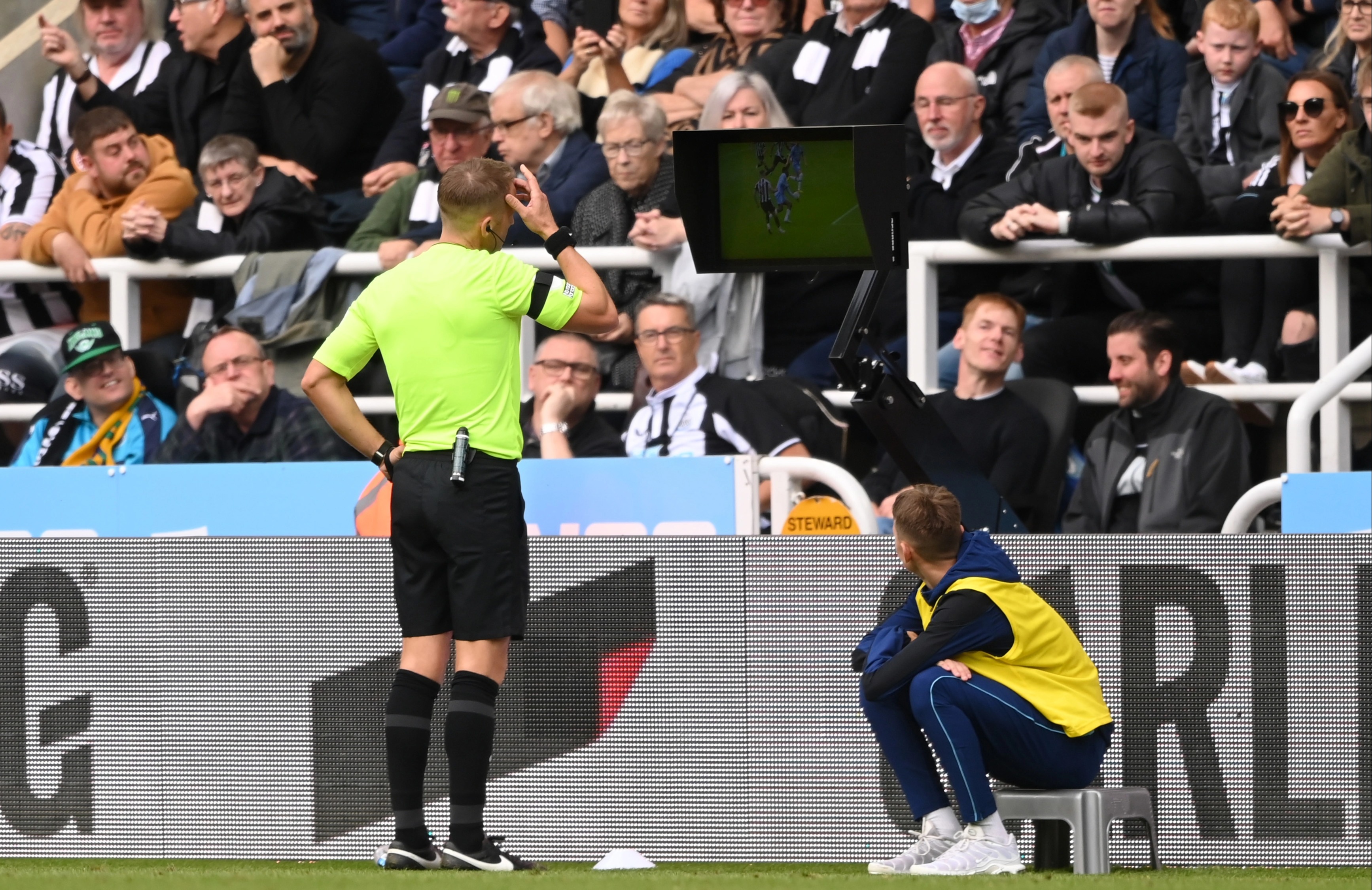 The visitors remained a threat on the counter and left St James’ Park stunned into silence when taking the lead 62 minutes in.

Coming at the end of a great move from their own half, Zemura’s cute cross from the left was poked beyond a rooted Pope by Billing at the near post.

Billing ghosted in undetected and it looked like the first crisis of Howe’s tenure looked on the cards.

Newcastle needed an immediate response – and they were handed it thanks to VAR just four minutes later.

Trippier’s cross from the right clearly struck Jefferson Lerma’s left arm from close range but nothing was given and there was little argument.

Ref Craig Pawson was then told to go and look on his monitor, with the ball clearly striking Lerma even if there was not a huge amount he could do.

The penalty was given, St James’ held its breath, Isak stepped up and the Swede buried home into the bottom left corner.

The Geordies briefly burst into life, sensing a winner – only for the final 20 minutes to underwhelm as much as the first 70.

See how the action unfolded below…