DISGRACED former Fifa president Sepp Blatter is demanding the return of his £300,000 watch collection from his old office.

Blatter is currently serving a six-year ban from football for corruption but is desperate to get those 80 watches back on his wrist. 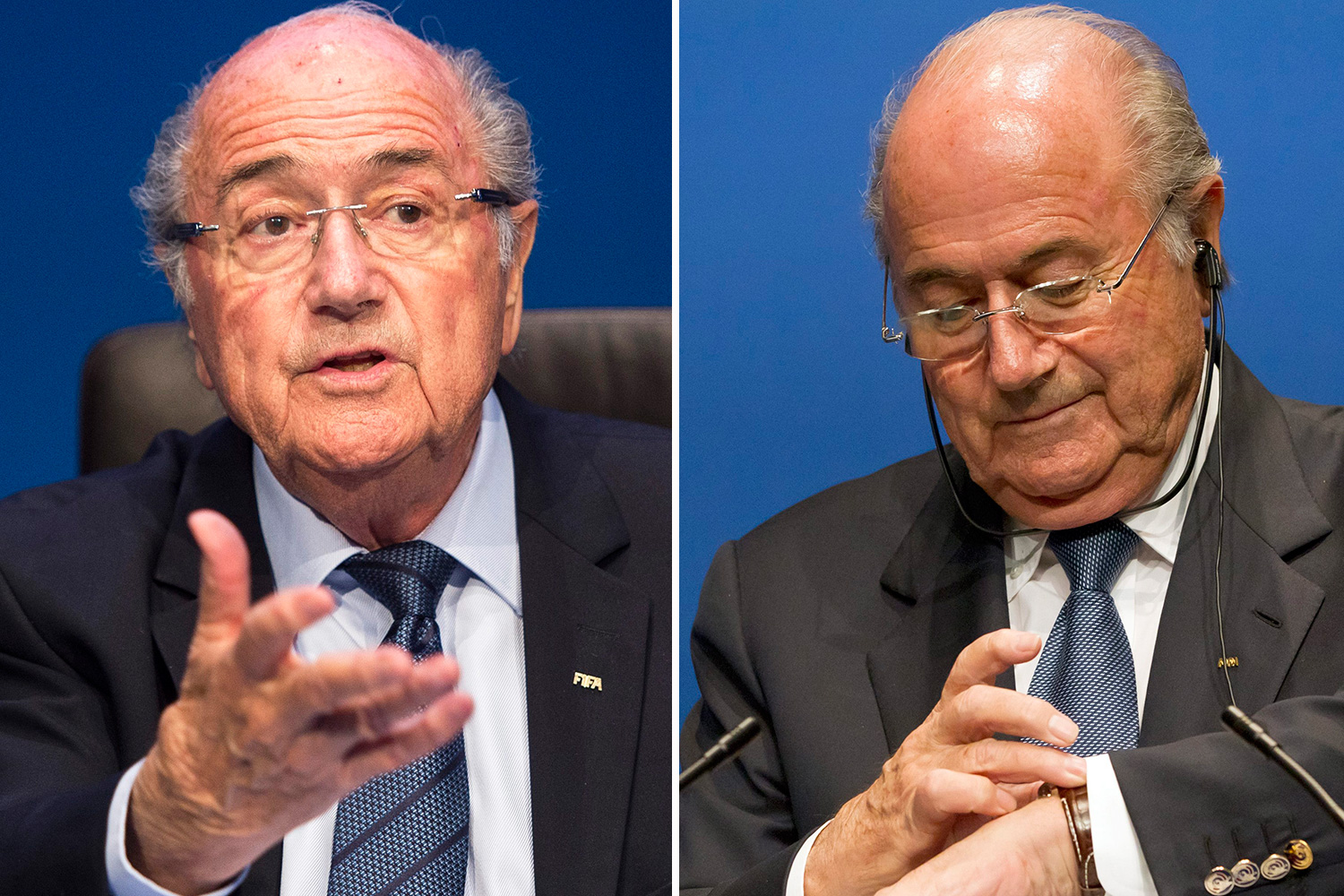 In an interview with the New York Times, the suspended Swiss pleaded for his collection to be returned, since he was ousted in October 2015.

And he is more concerned about the watches – from brands including Patek Philippe, IWC and Omega – than the £9million he believes Fifa still owes him.

He was reunited with 120 timepieces last year after a battle with Fifa's legal department but still insists he wants his "high technology collection" back – each watch is believed to be worth between £3,850 and £15,000, meaning the total value could be considerably more than £300k.

"This is a question of respect, and I’ve reached the end of my temper.

"I think it’s not too much to ask to give me back personal belongings."

And the former president insists if he is given his watches back, he will not go after the £9m and pension payments he reckons he is entitled to, showing he feels wronged rather than just desperate for the extra money.

He added: "For me this is really personal."

But Fifa's deputy secretary general Alasdair Bell insists the watches Blatter requested were returned – with a receipt – before the Swiss national said others were missing.

Prices are getting higher and higher because clubs need more money… Football must remain accessible.

That includes Chuck Blazer, who died in 2017. His vintage Mercedes remains in the underground parking space six years on from secretly pleading guilty to racketeering, wire fraud and money laundering and agreeing to help investigators.

In a separate interview with Swiss newspaper Schweiz am Wochenende, corrupt Blatter – who led world's footballing governing body for 17 years – ironically claimed that football is at risk of being ruined by… money.

Blatter was kicked out for unethical conduct while Switzerland's attorney general continues to investigate him.

But now he is worried about money causing problems for the sport and believes viewing figures are dropping in the big five European leagues.

Blatter said: "People already pay a lot to get into the stadium. Prices are getting higher and higher because clubs need more money."

On the alleged falling interest, he added: "That is a bad sign. Football must remain accessible."

Blatter was succeeded in office by Gianni Infantino – but the former president is thought to be considering taking legal action against the current chief due to reputational damage.

He added that Fifa signed off every payment made to him, including a £7.6m bonus for the 2010 World Cup in South Africa.