Team GB athletics skipper Asher-Smith pulled out of the 200m after failing to reach the 100 metres final and revealed she had been battling a serious hamstring injury since last month.

Asher-Smith was one of the favourites for the 200m and was also expected to challenge for a medal in the 100m.

She is still due to race in the 4x100m relay heats on Thursday and Dobbin, who is part of the squad, has been impressed by Asher-Smith’s frame of mind.

“I thought her interview was amazing, she explained everything and has handled it really well,” said the 27-year-old, who failed to make the 200m final on Monday night.

“Dina did a really good captain’s speech where she said this group of Olympians are the most resilient we’ve probably ever had.

“That just really touched a nerve with me because I’ve been through a lot myself and this last 18 months has been really difficult for every athlete and everyone.

“Our relay squad is unreal, the baton changeovers they never mess up. Daryll (Neita) is now sub-11 and it’s going to be a really good race.

Dobbin missed out on a spot in the 200m final. (Martin Rickett/PA)

“We don’t find out the line up until the night before. It’s always like that for every competition, whether it’s a low key or not.

“I’m looking forward to it. I’m really new to the team, I’m very inexperienced compared to the girls. If I get to run that’s great, if not it’s been a good learning experience.”

Dobbin finished fifth in her 200m semi-final in 22.85 seconds after running a season’s best of 22.78secs in the morning heat.

She added: “I probably don’t have the experience to get through that. Seeing the times which made the final makes me feel a bit better because even if I had run my personal best I probably still wouldn’t have made it anyway.”

Defending champion Elaine Thompson-Herah who won the 100m on Saturday, took the heat in a personal best of 21.66s. Shelly-Ann Fraser-Pryce went safely through in 22.13s.

Holly Bradshaw a serious contender in the pole vault, saw her competition postponed due to torrential rain which hit the Olympic Stadium with the Brit yet to attempt a height.

When she did resume she cleared 4.55m to go through to Thursday’s final but defending champion, the USA’s Sandi Morris, is out.

Bradshaw said: “It was a bloodbath and it was just about whoever could keep your head in the game and keep your body in the right place.

“There were lots of run throughs, lots of people close to hurting themselves, Sandi actually hurt herself and it could have been a lot worse.

“To lose someone like her from the final is a massive loss and I am gutted for her she can’t defend her medal.”

Jessica Turner bowed out of the 400m hurdles semi-finals after coming eighth in her heat.

Earlier, Laura Muir warned she is saving her best for last after launching her bid for Olympic glory.

The Scot clocked four minutes 03.89 seconds in Tokyo on Monday to reach the 1500 metres semi-finals.

Muir, the European champion, came second in her heat behind Canada’s Gabriela DeBues-Stafford but insisted there was plenty in the tank. 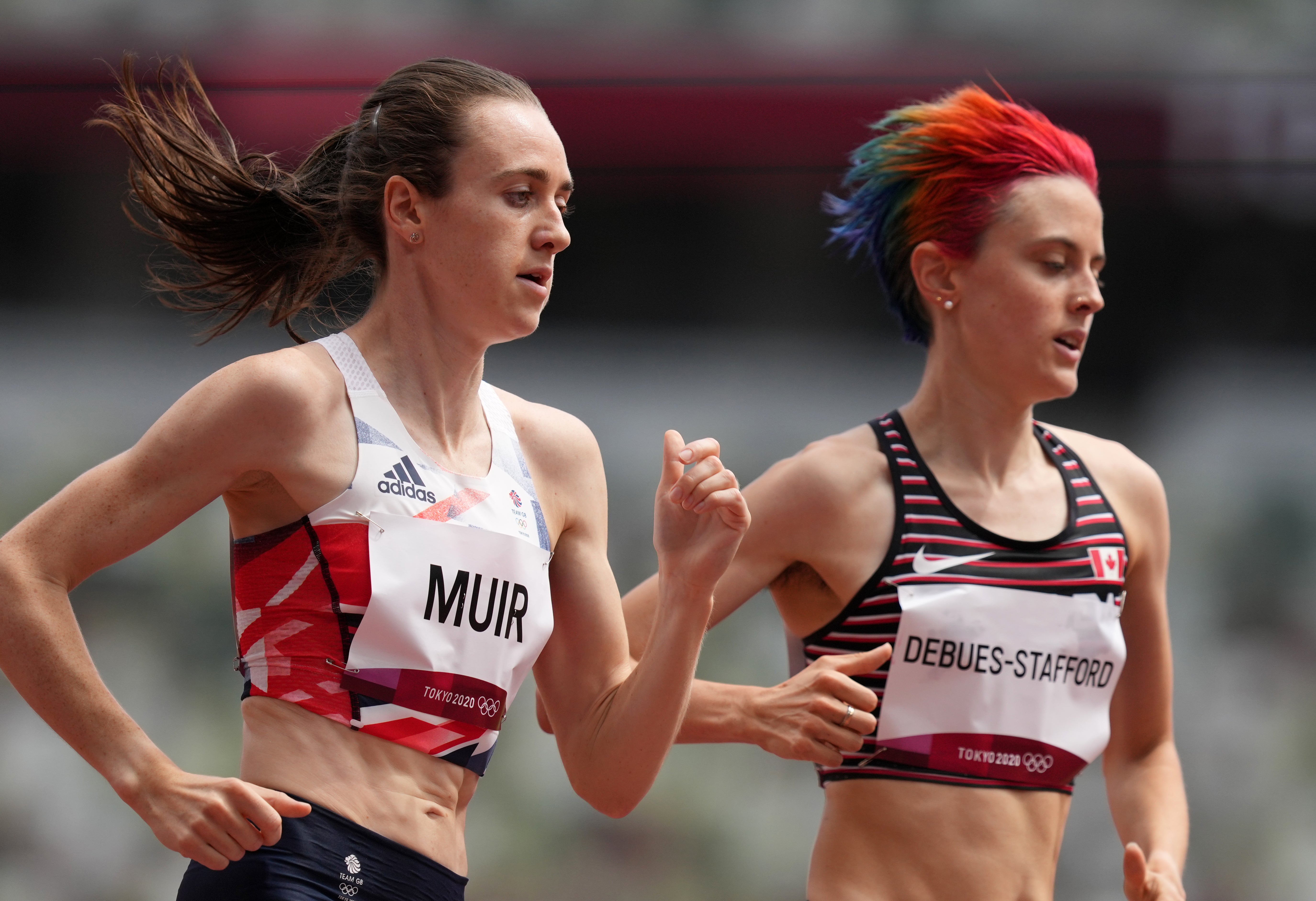 “You don’t want to have any disrespect to any of the girls out here, but I want to save as much as I can for the final,” she said ahead of Wednesday’s semis.

“It didn’t feel that fast so that’s good. I just wanted to qualify for the next round as comfortably as possible. So that felt really good out there today and I am looking forward to the semi-final.”

Rival and favourite, the Netherlands’ Sifan Hassan, fell at the start of the final lap in her heat but still managed to win after overhauling the field in a stunning final 350m.

World record holder Wayde van Niekerk will not defend his Olympic 400m title after he crashed out in the semi-finals.