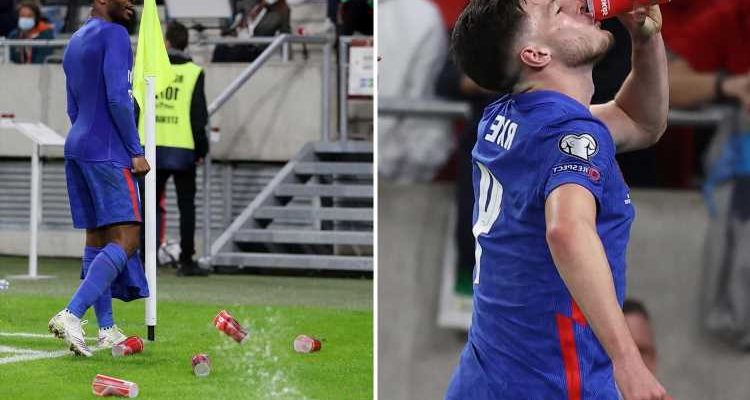 DECLAN RICE merrily swigged from a plastic cup thrown at England's stars as they celebrated a goal in front of Hungary's fans.

The Budapest crowd reacted badly to Raheem Sterling putting the Three Lions in front during the second-half of Thursday's game. 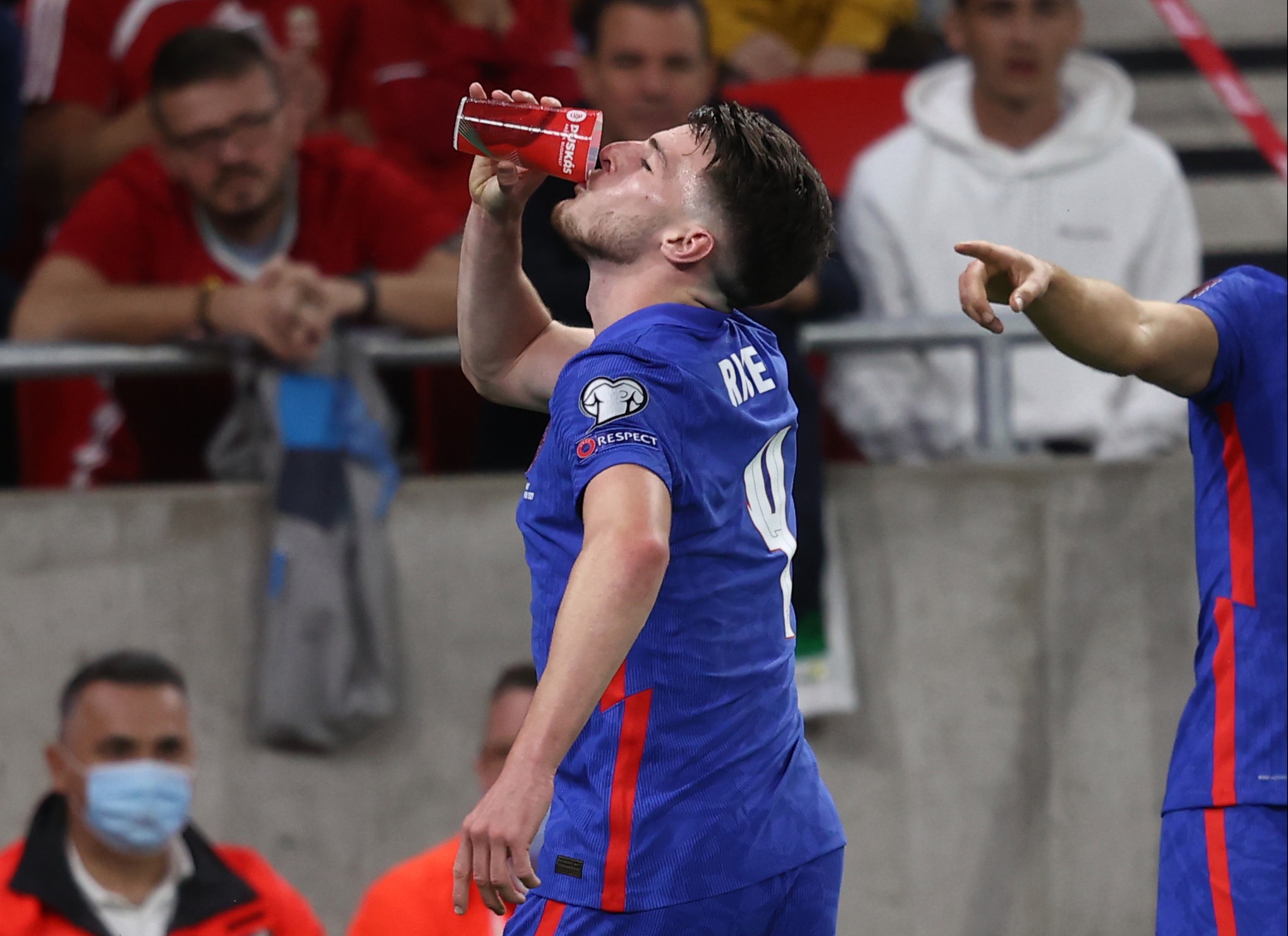 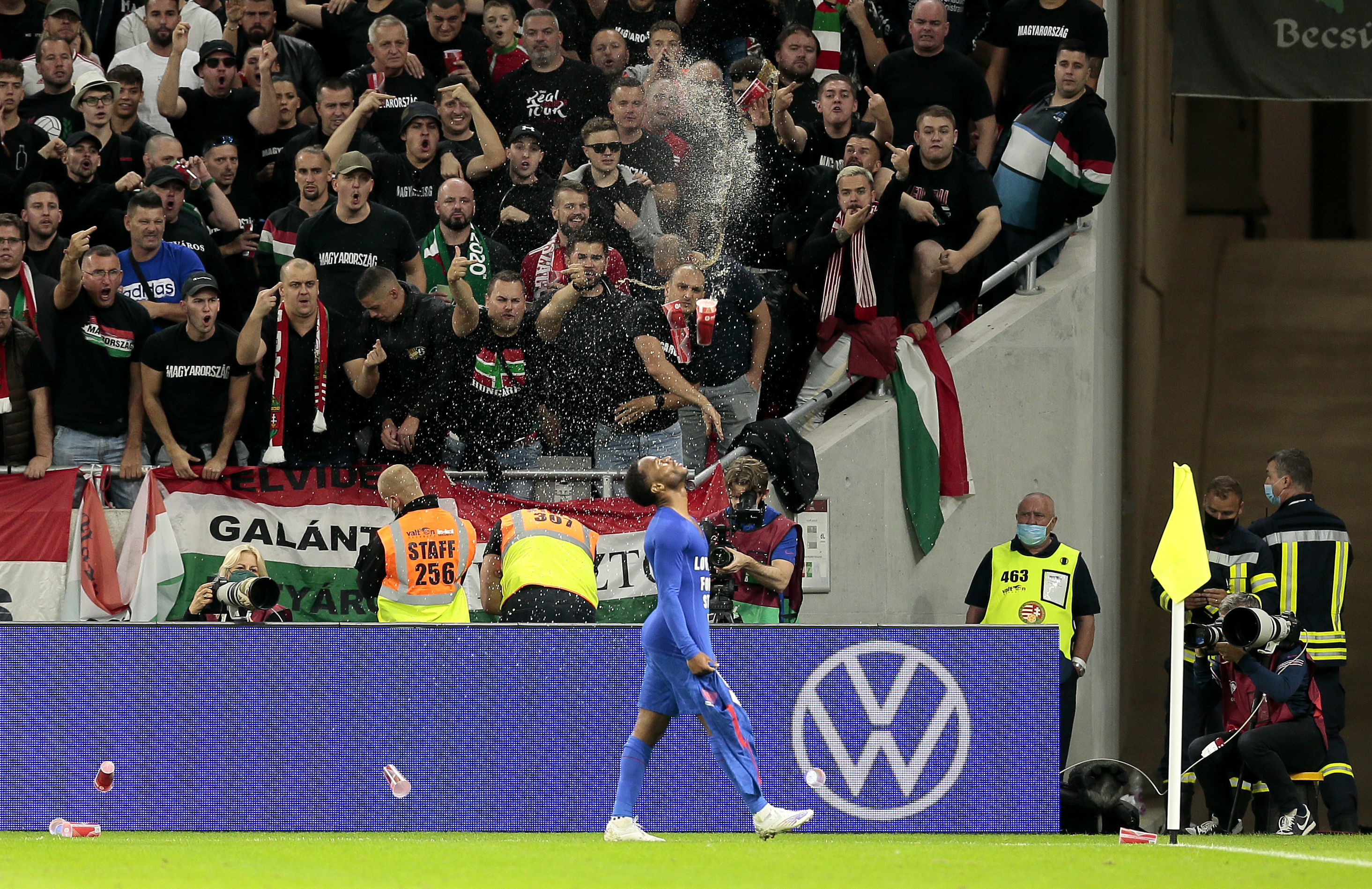 The winger finished off a swift move and unveiled a tribute to Steffie Gregg, a friend and young Twitch streamer who died from Covid-19 complications.

With no away fans in the Puskas Arena, England's goal was met with silence before a hail of missiles rained down from the home end.

Several cups were launched onto the pitch, at least one of which appeared to hit Sterling.

Rather than allow themselves to become agitated by the petty scenes, the visiting players continued celebrating and Rice even grabbed a cup for himself.

The West Ham midfielder, 22, jokingly drank from the cup after it had been lobbed onto the pitch.

It was Rice who started the move for the goal, cleanly winning the ball back despite being booked only moments earlier. 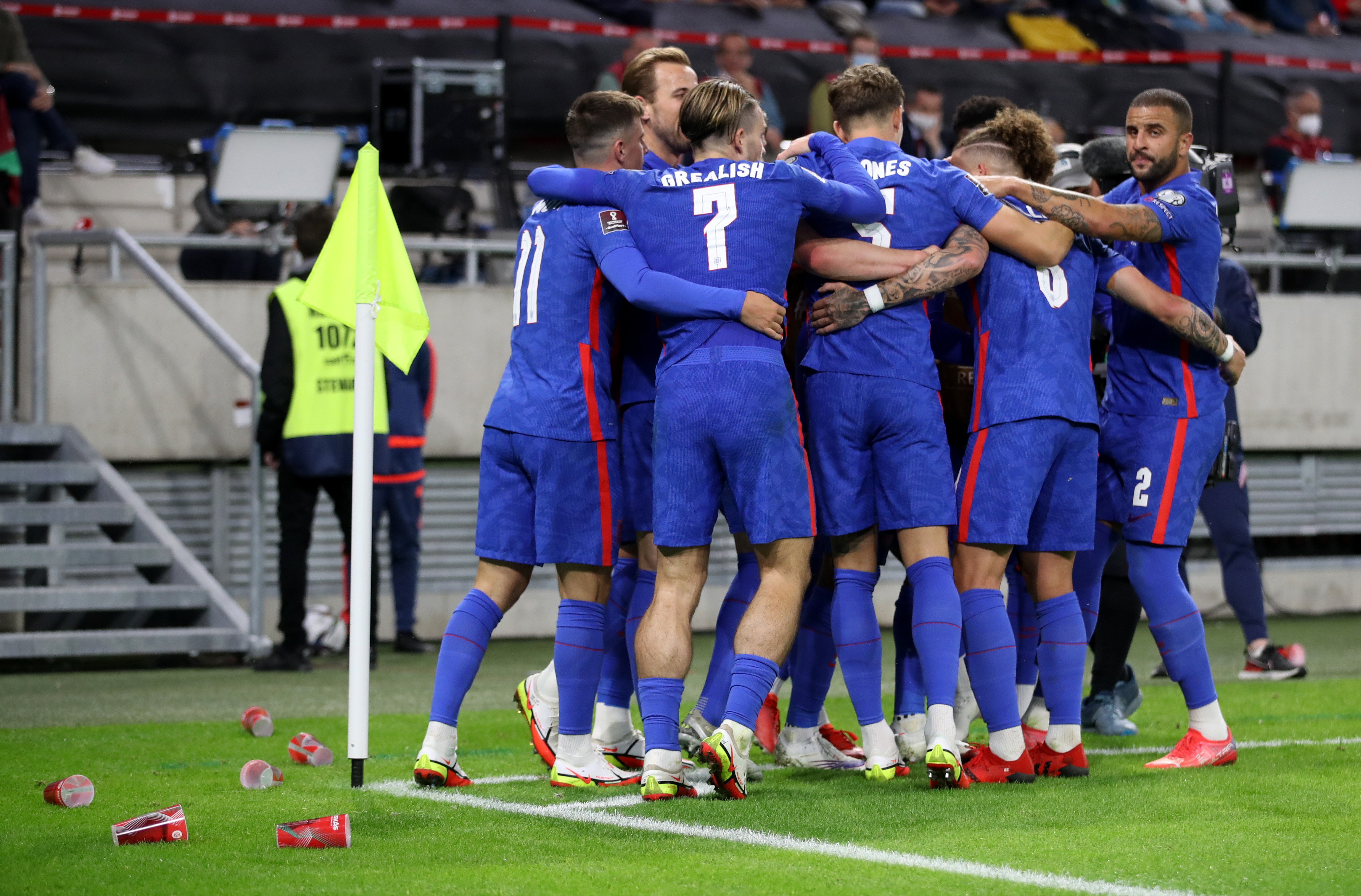 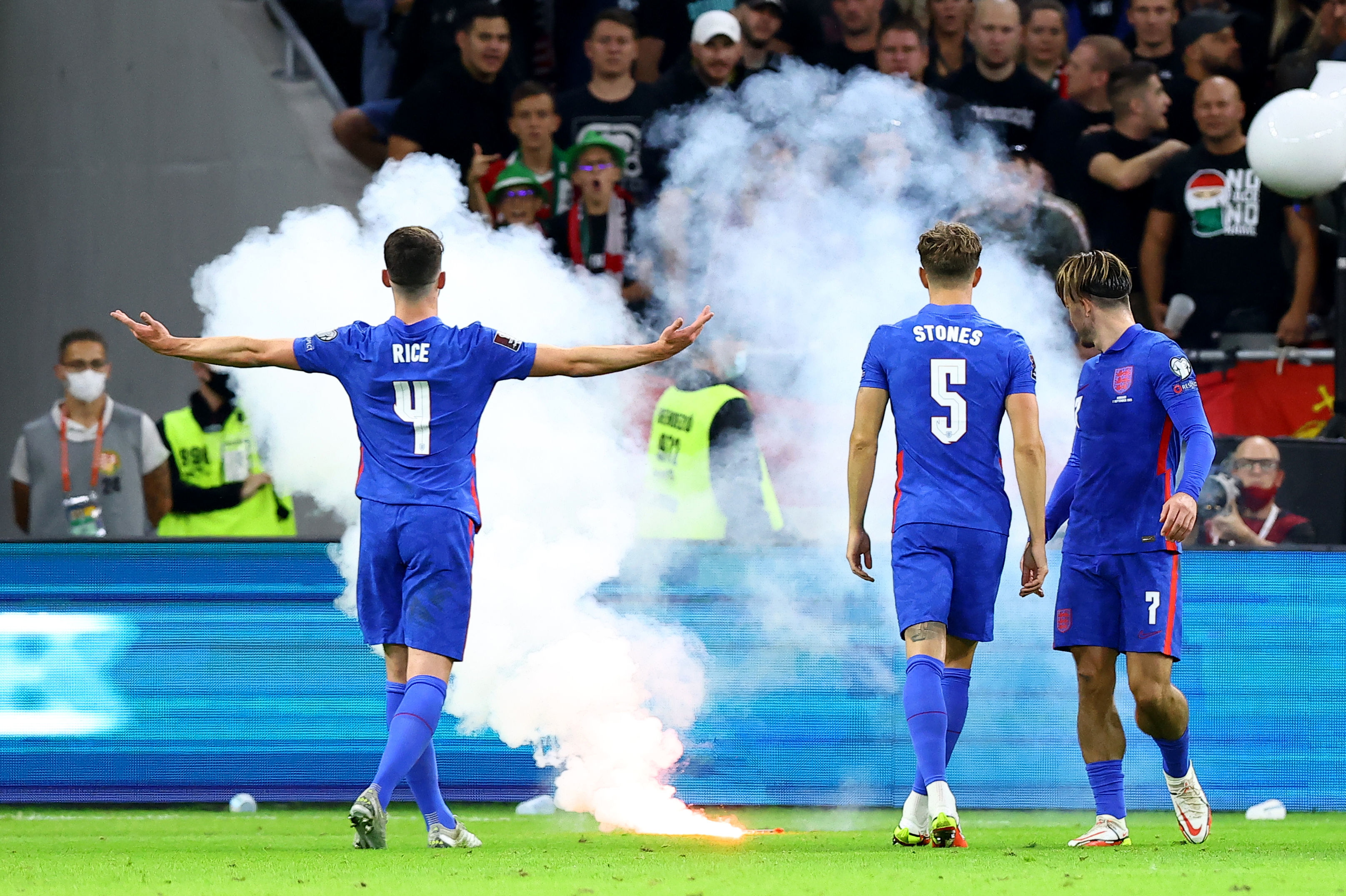 After Sterling's opener, England added to their advantage through goals from Harry Kane, Harry Maguire and Rice.

Hungary fans continued to disrupt their team's chances by throwing a flare onto the pitch later in the half, having earlier booed the Three Lions players taking a knee in a demonstration against racism.

ITV Sport also reported of alleged monkey chants aimed at Sterling and substitute Jude Bellingham from behind the goal.