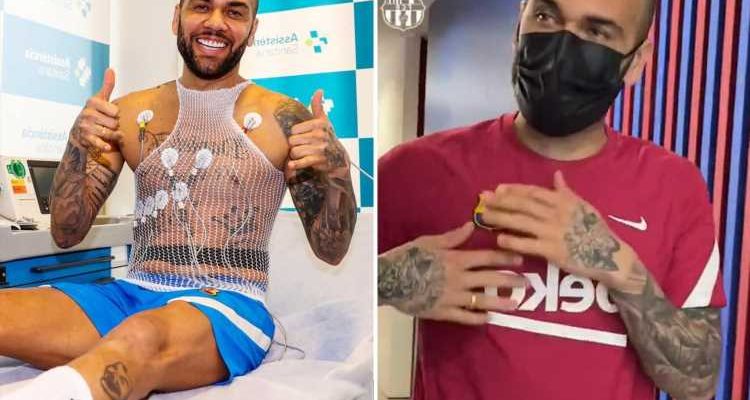 DANI ALVES stayed true to his word to help out his old club Barcelona in any way possible.

The Brazil legend underwent a medical after signing a contract to return to Spain for just 1 EURO per month. 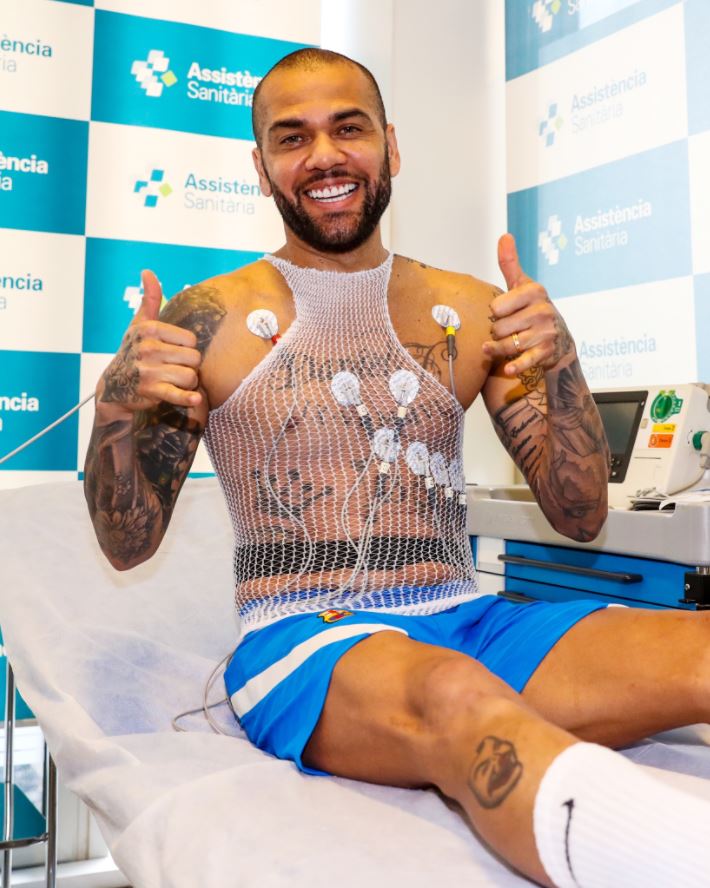 Alves won a hatful of trophies during his first stint at the Nou Camp from 2008-2016.

But with Barca now struggling under a mountain of ruinous debt, the 38-year-old vowed to return to lend a hand.

He told Barca TV: “I am still in shock. I have been trying to return for a long time. It is a privilege to return, we will try to rescue the Barca that we all know.

“We are in a process, but we have to accelerate it because we are Barca and there is no margin to make mistakes.

"I am facing an incredible challenge, one of the ones that fascinates me the most.

“To rebuild, fight, sweat … defend the shirt. There are two shirts that when I put them on I feel like a superhero: the one from Brazil and the one from Barca.”

The free agent was set to join his new team-mates in training on Monday afternoon following the medical at a hospital in the city.

Alves was without a club after terminating his Sao Paulo contract in a dispute over unpaid image rights.

He had previously said all Barca president Joan Laporta had to do was pick up the phone and call if he needed his help.

And with new manager Xavi brought in to propel the club up from a lowly ninth in LaLiga, Alves becomes the first signing of that new era.