CRYSTAL PALACE's club doctor was racially abused by a THREE-year-old before their Premier League clash with Bournemouth at Selhurst Park.

Dr Zafar Iqbal is head of sports medicine for the club and said he was "devastated" by the incident which occurred just a few hundred yards from the ground. 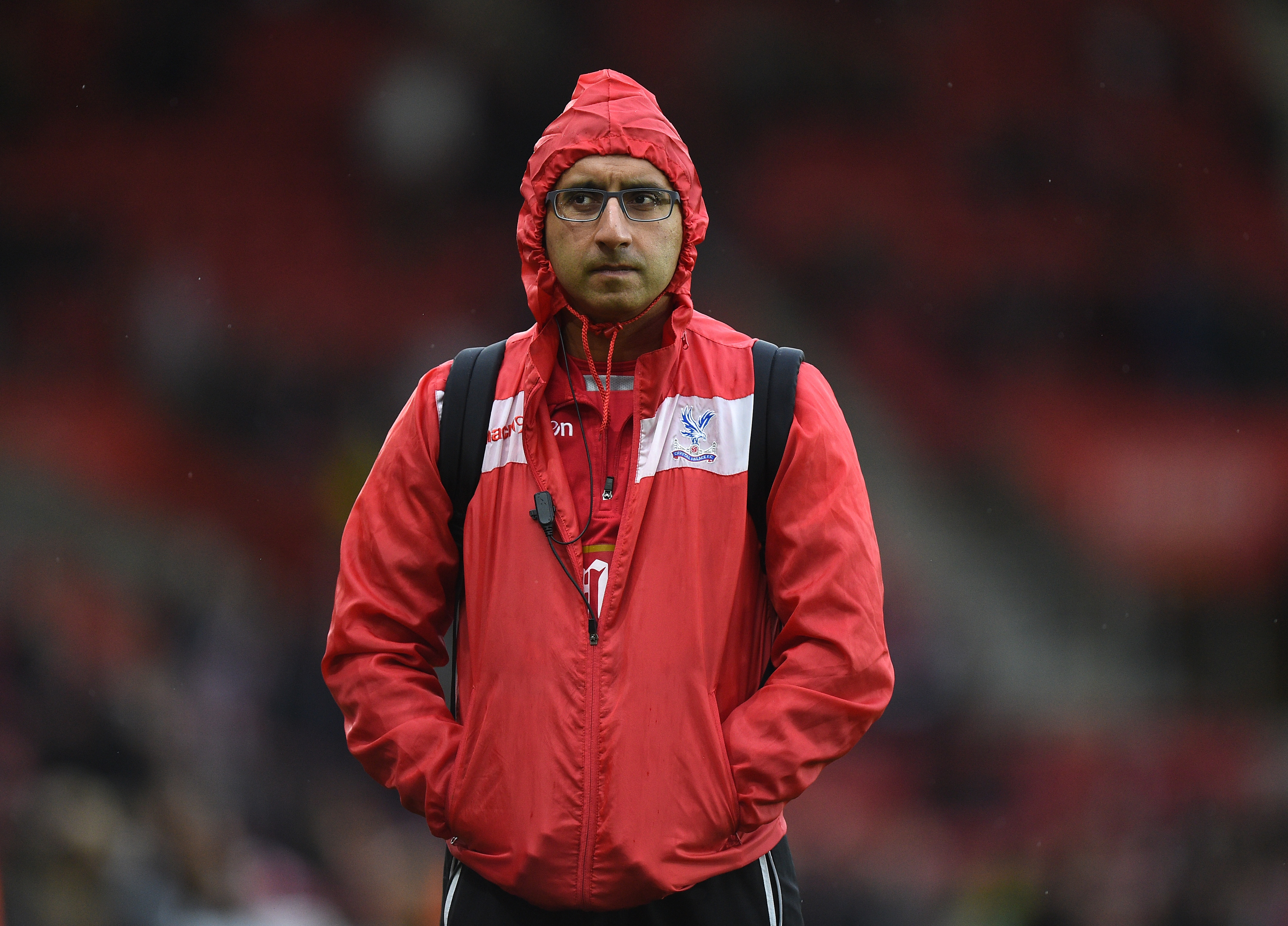 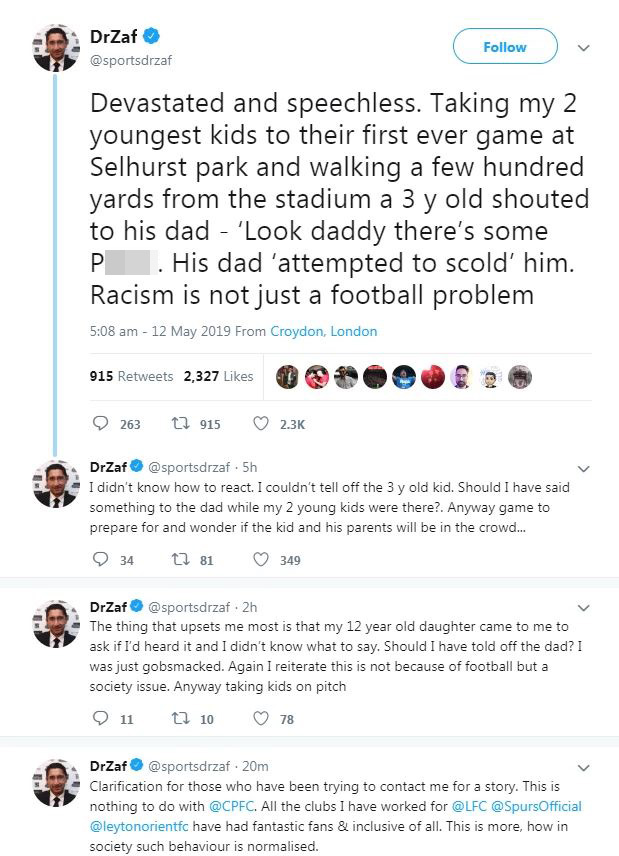 Accompanied by his two young children, the ex-Liverpool and Spurs doctor took to Twitter to describe the event which he said left him "speechless".

Dr Iqbal was understandably shaken by the event but revealed he did not know what to do as the perpetrator was so young.

'Racism is not just a football problem'

He tweeted: "Devastated and speechless. Taking my 2 youngest kids to their first ever game at Selhurst Park and walking a few hundred yards from the stadium a 3 y old shouted to his dad – 'Look daddy there's some P***'.

"His dad 'attempted to scold' him. Racism is not just a football problem."

Casting further light on an issue that has been the scourge of Premier League football this year, Dr Iqbal added: "I didn't know how to react. I couldn't tell off the 3 y old kid.

"Should I have said something to the dad while my 2 young kids were there? Anyway game to prepare for and wonder if the kid and his parents will be in the crowd…"

He posted an update after the game and said: "The thing that upsets me the most is that my 12-year-old daughter came to me to ask if I'd heard it and I didn't know what to say.

"Again I reiterate this is not because of football but a society issue."

The game was a thrilling encounter that finished 5-3 to the home side.