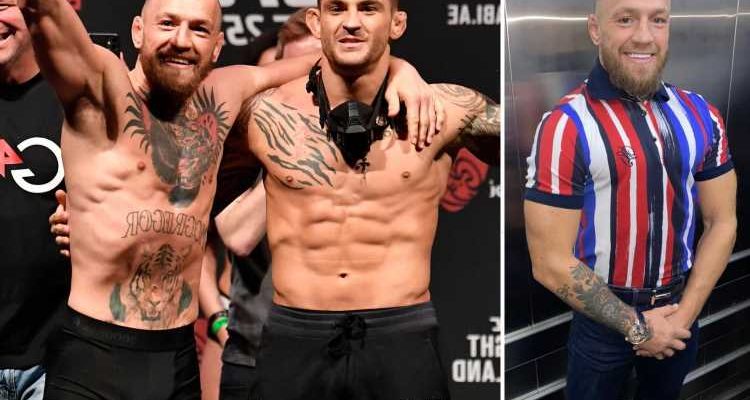 CONOR MCGREGOR looks to have hit the weights ahead of his proposed summer return to the octagon.

The UFC's poster boy is currently in the United Arab Emirates with his family, although that hasn't stopped him from keeping up with his training regimen. 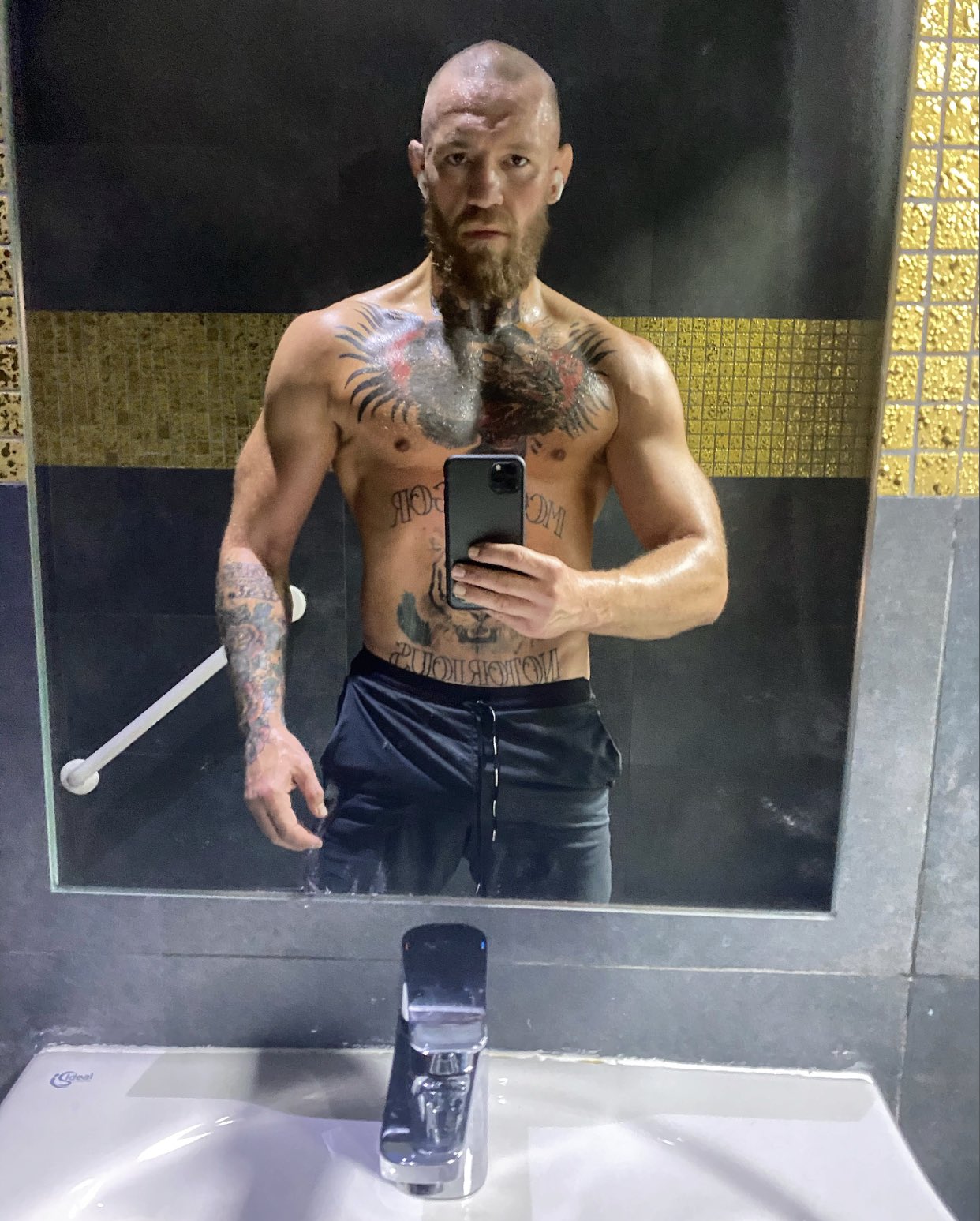 And The Notorious looks to have packed on a bit of muscle in his bid to get back in the win column.

On Tuesday, McGregor, 32, posted a picture of himself filling out a tight multi-coloured polo shirt to Twitter with a love heart emoji.

The post came amid an ongoing dispute between the Irishman and his old featherweight rival Dustin Poirier, who recently revealed the Dubliner has yet to make good on his vow to donate £363,000 ($500,000) to the Good Fight Foundation.

McGregor reacted angrily to Poirier's claim he stiffed the charity, pulling the plug on their UFC 264 trilogy fight.

And the Irishman is currently on the lookout for a new opponent, which he announced with a cheeky pun.

He tweeted: "Looking to start the foundations of a good fight you guys, who’s in?

GET £140 IN FREE BETS FOR JAKE PAUL vs BEN ASKREN

Poirier vs McGregor III was due to headline UFC 264 on July 10, an event the promotion is hoping to stage in Las Vegas.

But McGregor's fierce reaction to the former interim lightweight champion has seemingly laid waste to those plans.

Upon seeing Poirier's tweet saying he hadn't made his donation, an irate McGregor said: "You’re ripped you inbred hillbilly.

"Why do you wink with your ears? You f***ing brain dead hillbilly. 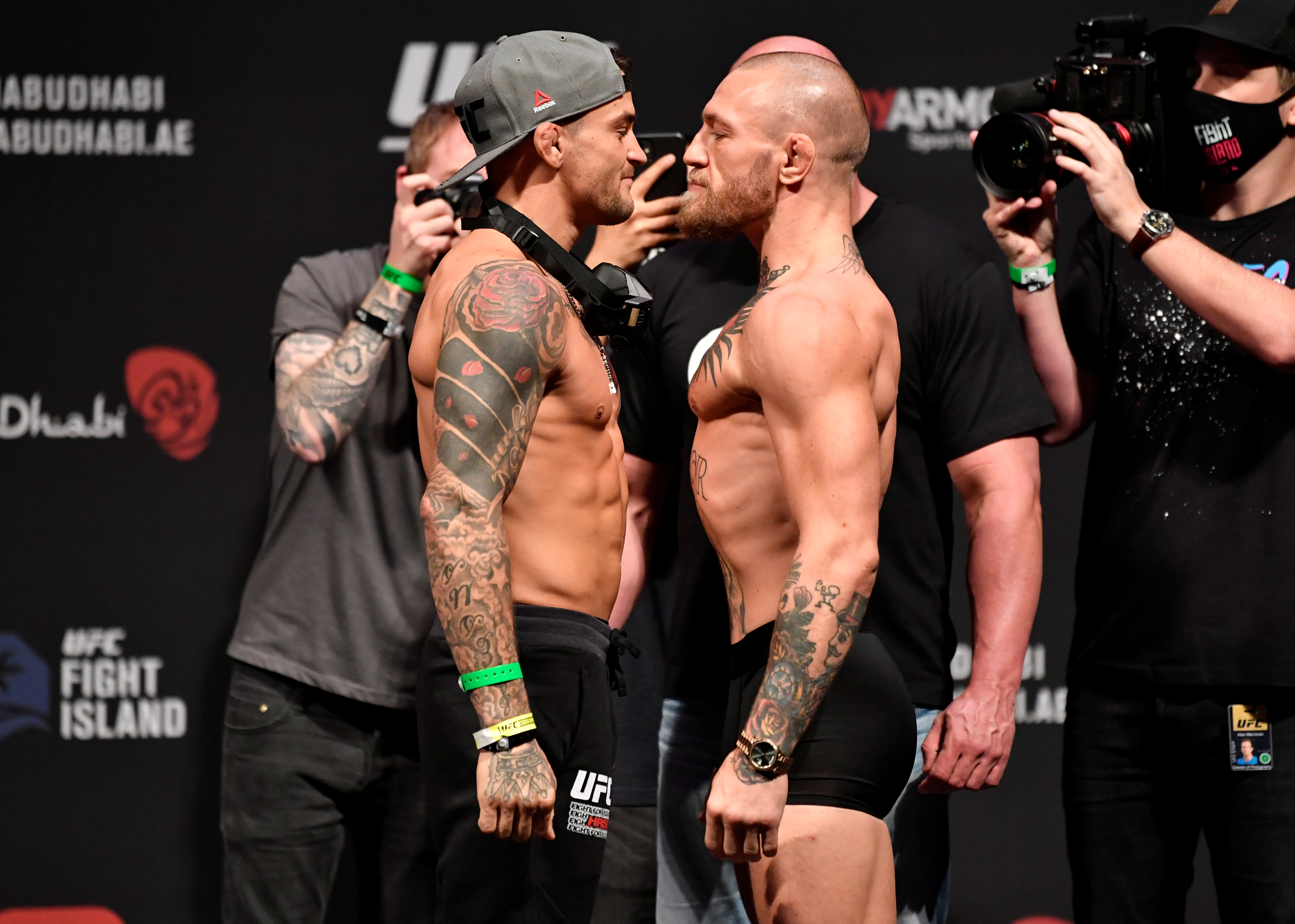 "The fight is off btw. I’m going to fight someone else on the 10th. Good luck on your old contract kid."

McGregor suffered a brutal second-round KO defeat to Poirier in January in the main event of UFC 257 in Abu Dhabi.

Prior to their bitter war of words, the UFC's first simultaneous two-weight champion was champing at the bit to have a series decider with the fan favourite.

He wrote on Instagram: "One a piece now with a trilogy bout for all the marbles!

“Not a trilogy I was expecting, nor the tactical affair I was anticipating, but I’d be lying if I said this wasn’t meant to be.

“This is exactly how this was always meant to be! Buzzing!!”