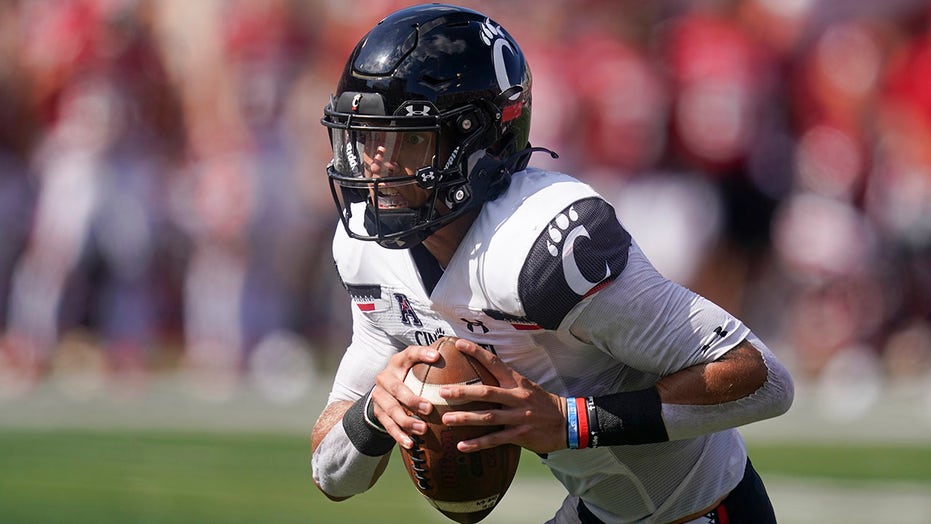 Cincinnati quarterback Desmond Ridder is about to enter one of the biggest games of his collegiate career when the Bearcats play Notre Dame on Saturday.

Cincinnati is ranked No. 7 and Notre Dame is ranked No. 9 in the latest AP polls. Both teams are trying to sneak into the College Football Playoff, and a win for either team would be a huge lift into that contention. 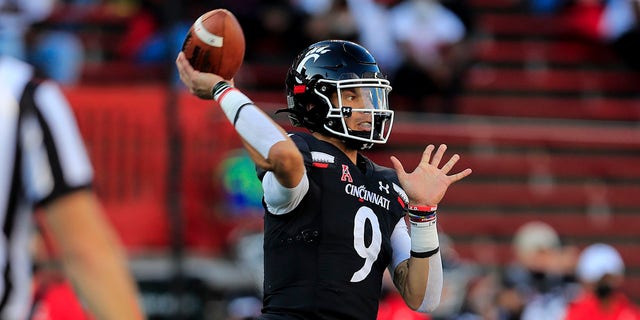 Cincinnati quarterback Desmond Ridder throws a pass during the first half of an NCAA college football game against Houston in Cincinnati, in this Saturday, Nov. 7, 2020, file photo.
(AP Photo/Aaron Doster, File) 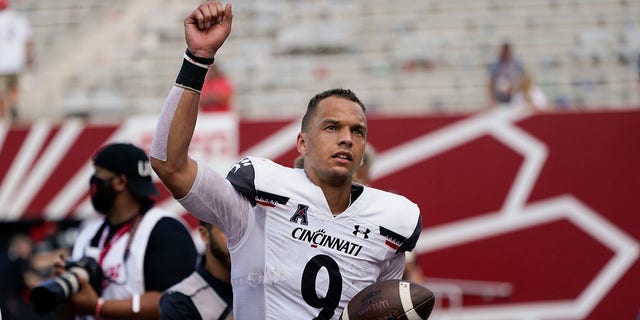 The senior quarterback has put together a successful collegiate career and has the Bearcats in position to make a real impact this season. Through three games, he has 748 passing yards, two touchdown passes and two interceptions. He’s recorded more than 2,200 passing yards in three consecutive seasons.

The game is also a big homecoming for Notre Dame coach Brian Kelly, who recently passed Knute Rockne for most wins for a head coach in school history. Kelly coached Cincinnati for four years before taking over Notre Dame in 2010. He led Cincinnati to a 12-0 record in 2009. 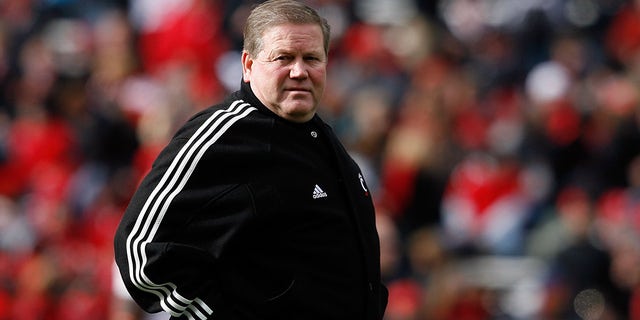 It will be only the second time in college football history these two teams have played each other. The first was in 1900, according to the Cincinnati Inquirer, and Notre Dame won, 58-0.