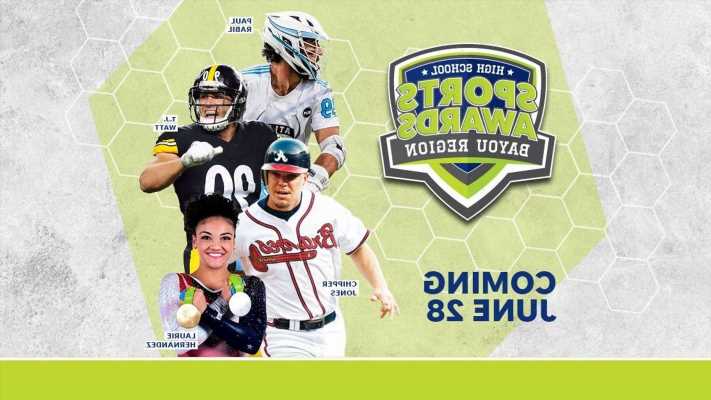 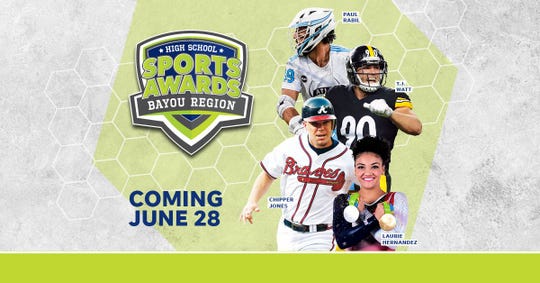 The Bayou Region High School Sports Awards is part of the largest high school sports recognition program in the country. Top athletes in most state-sanctioned sports will be honored during an on-demand broadcast at 7 p.m. Central June 28 found on the event website.

A 2018 inductee into the National Baseball Hall of Fame and current Special Hitting Advisor for the Atlanta Braves, Jones holds the Braves’ team record for on-base percentage and is third for the team in home runs. Jones began his professional career in 1990 as the No. 1 overall draft pick for the Braves. He was a member of the 1995 World Series championship team and an eight-time All-Star. Jones was the only switch hitter in MLB history with a career batting average of at least .300 and 400 or more home runs. He finished with at least a .300 batting average, .400 on base percentage and .500 slugging percentage, the only switch hitter in history to reach all three milestones.

Watt, a former first-team All-American for Wisconsin, has been dominating the league since the Steelers selected him as a first-round draft pick in 2017. In a commanding 2020 season, he claimed the NFL’s top spot for sacks, quarterback hits and tackles for a loss. He was awarded the Deacon Jones Award, given annually to the NFL’s sack champion. Watt was also named the 2020 AFC Defensive Player of the Year, and for the second consecutive year was voted the Steelers MVP and the 101 Awards Defensive Player of the Year.

During her debut year as a senior gymnast, Hernandez competed as a member of the U.S. Women's Gymnastics team and was part of the "final five" at the 2016 Summer Olympics. She was part of the gold winning team that year and won a silver medal on the balance beam. That same year, Hernandez competed in Dancing with the Stars and left with the coveted mirror ball trophy as the season 23 champion. She is also an author of a New York Times Bestseller and a children's book.

Athlete, entrepreneur and philanthropist Rabil is leading the world of professional lacrosse both on and off the field. The Premier Lacrosse League, co-founded by Rabil and his brother Mike Rabil, offers equity to its players in the league. This was a first for any major North American professional team sports league and a powerful move for the fastest growing team sport in the U.S. Rabil, who currently plays for the Cannons Lacrosse Club, is a ten-time First-Team All-Pro, a three-time Offensive Player of the Year, three-time Most Valuable Player and a seven-time champion throughout his college, professional and international career. Off the field, he is the host of the Suiting Up podcast that explores the playbook of tools and strategies of the most influential people in sports, entertainment, business and politics.

The Bayou Region High School Sports Awards is a multi-month student-athlete recognition program. Due to COVID-19 safety precautions for students and guest speakers, the event was converted to an on-demand broadcast show for 2021. Honoree selections for state sanctioned sports, who are all featured in the show, are announced throughout the year on the event website.

The show will be free to watch on any smartphone or computer thanks to local business sponsors, including Thibodaux Regional Sports Medicine Center. Honorees should register on the show website to reserve their complimentary athlete gift box. Registrations are also used to send out awards for winners following the show.

Other athletes joining the program that have been previously announced include:

Top high school athletes, coaches and teams from select state-sanctioned sports across the U.S. will be featured in the inaugural USA TODAY High School Sports Awards. Statewide athlete of the year winners will be among the national honorees.