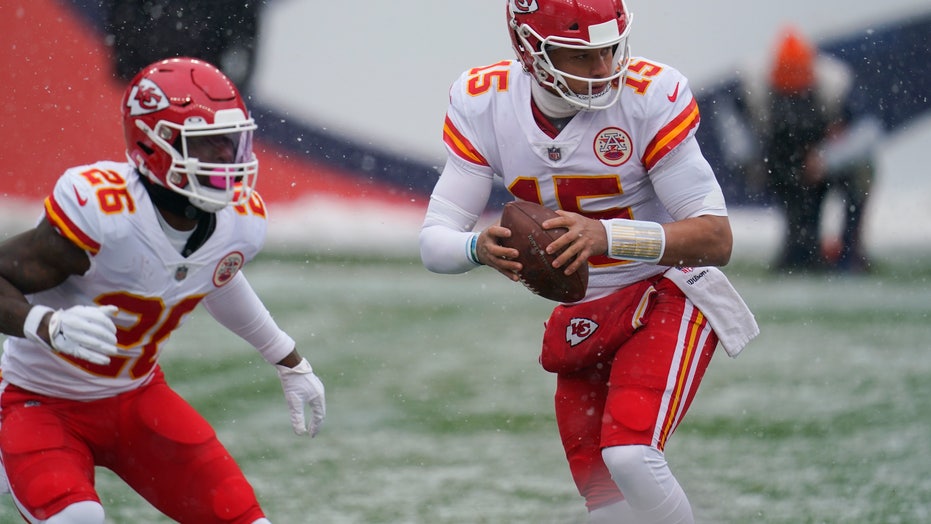 Le’Veon Bell hasn’t even spent a full season with Kansas City Chiefs quarterback Patrick Mahomes and he already knows he’s the best in the game.

While speaking to the media this week, Bell said he knew how talented Mahomes was before joining the Chiefs in October but he was even more impressed after seeing him play firsthand.

“I’ve always watched him. I always thought he was a great player,” the veteran linebacker said, via ProFootballTalk. “Then I came here and then when I came here, that’s when it really hit me, like oh, he might be the greatest player ever.”

He continued: “It’s the way he practices, how he goes about his business. … I wish y’all could see the throws he does in practice, it would be unbelievable.”

Bell, a three-time Pro Bowler, was drafted by the Pittsburgh Steelers in 2013 where he played with Ben Roethlisberger until 2018 — making him no stranger to talented quarterbacks. After sitting out his final season, Bell signed with the New York Jets but was released adjust a few weeks into his second season.

Several days later he signed a one-year contract with the Chiefs and is now within reach of his first Super Bowl title.

Bell has faced some injuries this season but over the nine regular-season games he played, he totaled 353 yards from scrimmage and two touchdowns.