Chelsea fans are stuck at Luton Airport with lengthy flight delays halting their travel to Baku for the Europa League final.

Thomas Cook Sport, the Blues’ official travel partner, offered return economy flights for the 2,468-mile trip to Baku at a price of £979 earlier this month and that does not include the match ticket.

One fan claimed on Twitter the reason behind the delays was a lack of fuel for the plane: ‘@ChelseaFC please sort this shambles of a trip to Baku out. I know Thomas Cook may be skint but no fuel for the plane? Really?’ 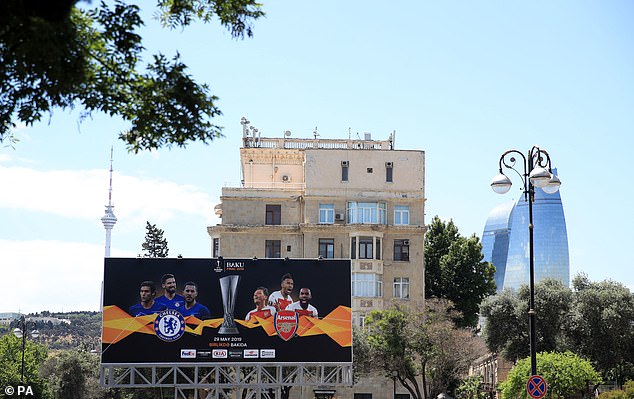 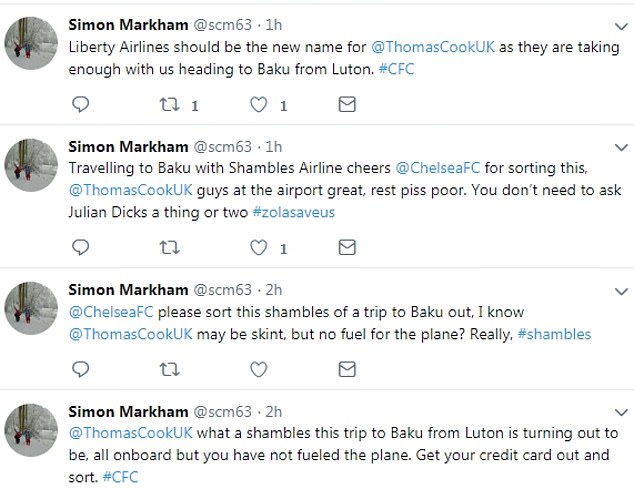 The firm is looking to sell the airline and has received ‘multiple’ bids for its planes.

The company has closed 21 of its stores and Thomas Cook Money is under review.

More of its 566 stores could close and 150 roles will be cut from its Peterborough head office.

Another supporter said: ‘Actually the Chelsea charter flight seems to be stuck on the tarmac at Luton. 1 hr + delay so far after 1hr 15 mins queue at check in. Thanks Chelsea and Thomas Cook.’

Someone else said: ‘We’re still waiting on the tarmac at Luton for fuel, should’ve taken off 75 mins ago, official travel a joke yet again.’

It’s unclear whether the flight has departed as of 12pm UK time.

Arsenal and Chelsea supporters were furious that both sides received just 6,000 tickets each despite the Baku Olympic Stadium holding a capacity of just under 70,000.

UEFA declared that the small ticket allocation was due to the airport in Azerbaijan unable to handle an influx of 15,000 people arriving to the country.

In addition to the travel drama, Arsenal’s Henrikh Mkhitaryan hasn’t made the trip to Azerbaijan and will miss the game amid fears over his safety.

Mkhitaryan has chosen not to travel due to the long-standing political tensions between his native Armenia and Azerbaijan.

Despite receiving assurances about his security, the playmaker decided it was best not to travel following talks with his club and family. 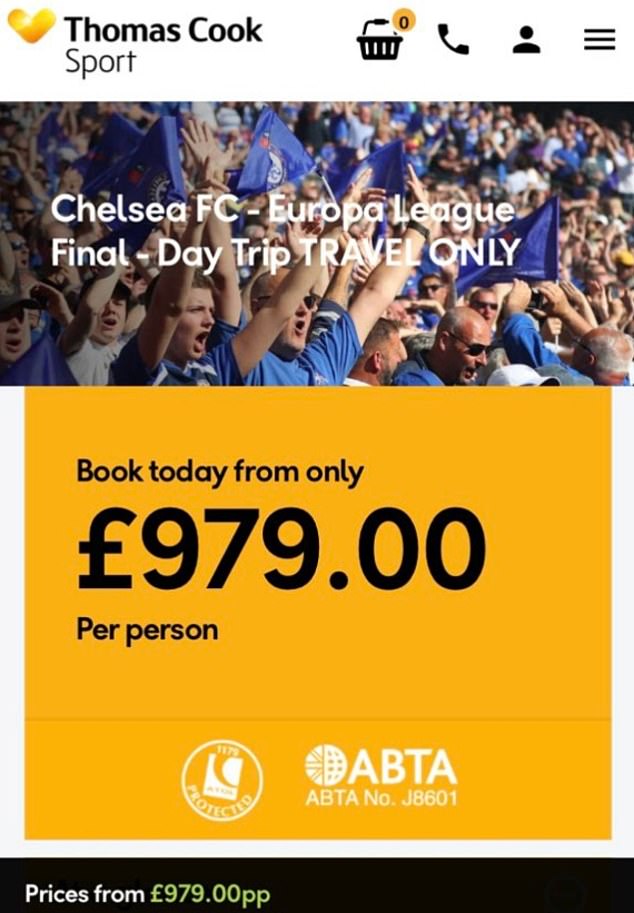 Thomas Cook Sport offered economy flights for the 2,468-mile trip to Baku at a price of £979 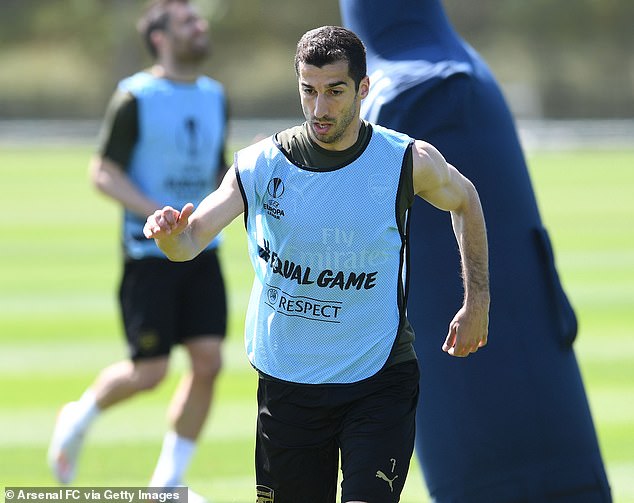 UEFA have also warned Arsenal that any protests from their fans will not be tolerated.

Plus, it emerged that UEFA’s own report suggested that Baku was not a fit host for the Europa League final.

In 2017 Baku bid to host the 2019 Champions League and Europa League finals. As a guide for the bid process, UEFA published valuation reports.

For the Champions League it read: ‘The number of hotel rooms within a 60km radius of the stadium falls short of UEFA requirements for a Champions League final and the city could accommodate only a very limited number of fans and sponsors in standard hotels. Mitigation measures such as campsites, university dormitories and guest houses would need to be investigated.’

The winner of the Europa League final will qualify for the Champions League group stage as top seeds.

Chelsea have already qualified for Europe’s elite competition through the league but Arsenal will drop into the Europa League if they fail to win on Wednesday night. 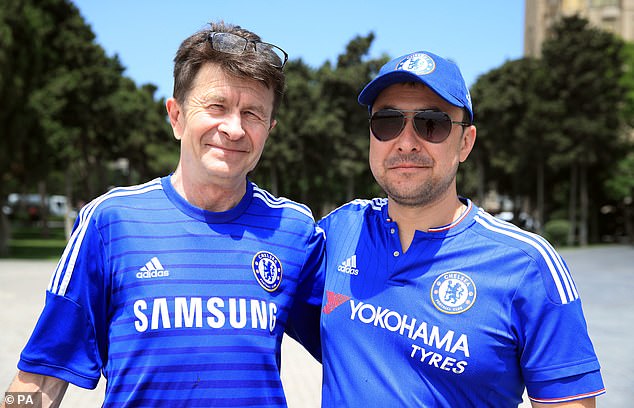 Chelsea supporters were furious that both sides received just 6,000 tickets for the final