You can listen to live coverage of the Champions League final on BBC Radio 5 live and the BBC Sport website, with coverage starting at 19:00 BST on Saturday.

England is guaranteed to conquer Europe in Saturday’s Champions League final, which is the first to feature two Premier League sides since Manchester United beat Chelsea in 2008.

But will Liverpool win a sixth European Cup in Madrid, or will Tottenham get their hands on the giant jug-eared trophy for the first time?

BBC football expert Mark Lawrenson has made a prediction for every Premier League game, FA Cup tie and the Europa League final this season, and now he is taking on famous fans of both teams in Europe’s elite club competition too.

For the Champions League final he is up against Tottenham fan Jack Savidge from Friendly Fires and Hot Chip’s Felix Martin, who supports Liverpool. 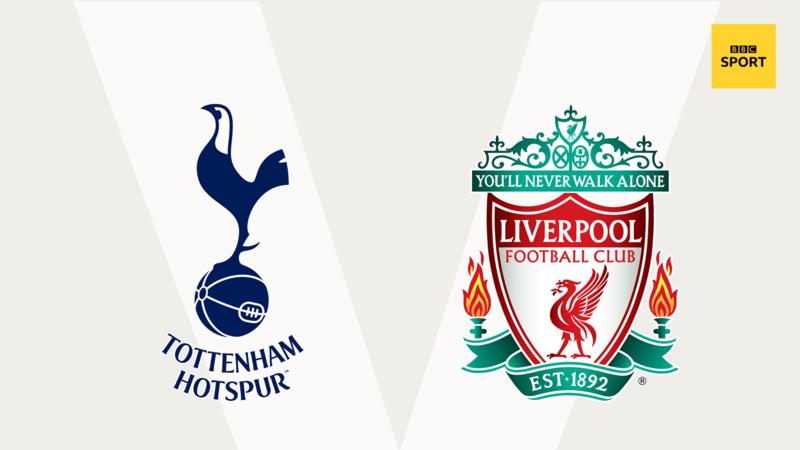 Lawro – ‘You can never write Spurs off’

It is hugely important for Liverpool that they have something to show for such a fantastic season, and this is obviously their last chance.

They deserve something – there is no bias in me saying that either, because they have been absolutely outstanding.

In last year’s final, Liverpool faced Real Madrid, who had won the competition in three of the previous four seasons. this time they are playing Tottenham. No disrespect to Spurs, but Liverpool need to be winning this game.

We all know what Real were all about, they were serial winners and a team full of players experienced on this stage and in stopping opponents in different ways. Spurs are a dangerous side, with some brilliant players, but playing them does not seem such a daunting prospect.

I don’t think the result makes any difference to Liverpool going forward, because I think they will still attract top players because of their manager, because they are in the Champions League and because they can pay the wages. Players look at Liverpool now and go: ‘Wow, what a good team to play for.’

But it would stop people hitting Jurgen Klopp with the stick that he has been in charge of Liverpool since October 2015 and has not won anything yet.

People say the same about Mauricio Pochettino too, but what he has achieved in five years as Spurs boss is also very impressive. The only difference with Klopp’s situation is that maybe Spurs need him to win a trophy with them to stop him from clearing off.

If Tottenham win in Madrid, then he will be able to go to chairman Daniel Levy and make some serious demands to strengthen his squad.

Like Liverpool, of course they will think they can win this game, because they have some extremely good players and their journey to the final has been an incredible story.

Spurs were on the brink of going out in the group stage, had to get past Manchester City in the quarter-finals and fought back against Ajax too.

They have lost lots of games this season – 19 compared to seven by Liverpool – but Pochettino has got them to this final, and it does not really matter how they did it. The way they have performed in adversity means that however they start Saturday’s final, you just cannot write them off.

Lawro – ‘Liverpool are favourites, but only slightly’

Harry Kane has not played since he was injured in the first leg of Tottenham’s win over City in the quarter-finals on 9 April. If he is available, surely he will only start on the bench.

To be honest, that is not the blow it might have been in the past. Playing with Lucas Moura and Son Heung-min through the middle has a good look about it for Tottenham’s attack.

Those two are both absolutely rapid and, if they play, then they are definitely going to cause Liverpool problems on the counter-attack.

I know Liverpool have beaten them home and away in the Premier League this season but Spurs were very good in the second half at Anfield at the end of March – in fact, they were the better team.

We know Pochettino has got match-winners right through his team and they are so solid at the back too, whether they play with two centre-halves or three.

Everyone is saying Liverpool are favourites to win, but they can only be slight favourites.

I do think if Klopp’s side are on it then they have got too much for Spurs, because the front three carry such a scoring threat and the width from their full-backs means you would think they will create enough chances to win.

I also believe Liverpool will be in a better place mentally for their experience in last year’s final. They will know what it feels like when they walk away after losing a huge game like that and it will be something else driving them on to make sure there is a different outcome this time.

So, by hook or by crook, I think Liverpool will win – although it will be extremely close.

But, whoever wins, it will be a fantastic story and it is great for English football that we have had four teams in the two European finals. The rest of Europe will be thinking: ‘They are not going away.’ 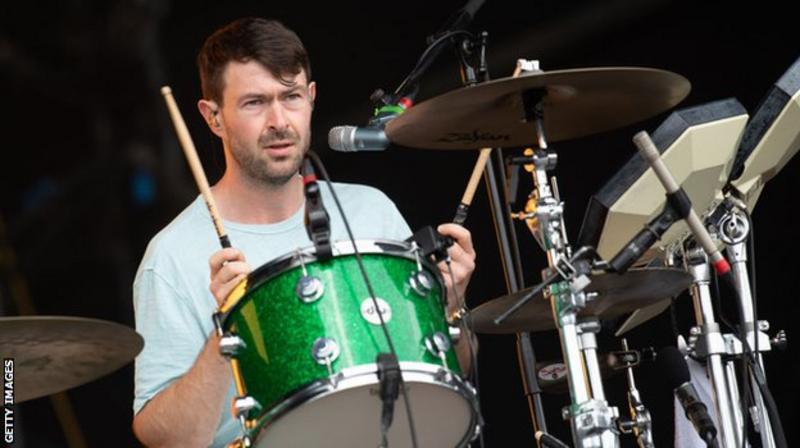 I am feeling pretty confident about the final. Getting there has been such an arduous process for Spurs that it feels like we have a great chance now were are in it.

It is a one-off game, and it feels like a toss of a coin when it comes to picking who will win – whereas getting through the group stage and then the two-legged knock-out stages was so hard.

It feels like the mountain has already been climbed.

We haven’t looked great for the past couple of months in whatever competition we have played in, but we have had enough moments in the Champions League to get us through against Manchester City and then Ajax.

What is going to be interesting about Saturday is that it is three weeks after the end of the Premier League season. We are going to be rested and refreshed and I think we are going to see a Tottenham team we haven’t seen for quite a while.

I am talking about Spurs playing at full throttle, rather than the way we have been performing recently, and that is really exciting.

The way we got past Ajax was not down to anything tactical, and it felt more like emotion had carried us through. That can happen again, but Pochettino will have a gameplan for Liverpool too – there is no doubt about that.

We will have to have one because we know how good Liverpool are. Their forward line is probably slightly better than ours, even if it is just because they are slightly faster, and I think their attacking full-backs are a little bit better than ours too.

We are underdogs for a reason so, if we are going to win, we need things to go right for us. But I just feel like it could be an inspiring night because we have a bunch of big-game players who can rise to the occasion.

The big decision for Pochettino before the game is whether Kane starts. I’m glad I don’t have this call to make for real because there is a lot to consider.

Kane is clearly a vital player for the club, and also very important in the dressing room, but I think it would upset the apple cart more to start him ahead of Moura, and in any case I think I would go with him against Liverpool to make us faster and more fluid in the final third of the pitch.

I do think there is something in the argument that Spurs can look slightly better without Kane – at times anyway – but of course he should play some part in the match. And what a brilliant substitute he would be to bring on if we need a goal.

If Pochettino does start with Kane I won’t be saying ‘that’s the wrong decision’ – but if it was me I would go with Moura, Son, Dele Alli and Christian Eriksen.

My guess is that both teams will score and by the end the game will be very open, because whoever is behind will be throwing men forward. My feeling is that Spurs will be 2-1 up after 70 minutes and then a third will go in before the end, as Liverpool get more desperate.

That’s not my cold, analytical mind at work, though. There is a slight romance to that prediction, although I can totally see us winning it. 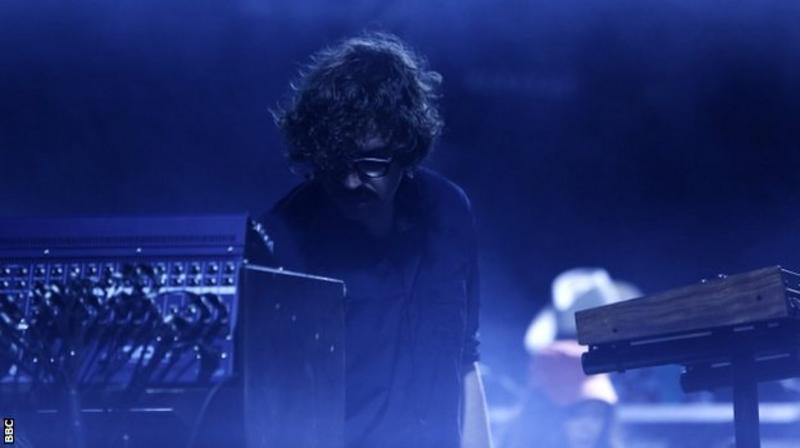 Having this game to look forward to has definitely taken the edge off the disappointment of missing out on the Premier League title.

It has been a funny mix of emotions, because the final day of the season was different to the normal feeling of missing out. To be that close was difficult in a way, but we played so well that we have got so many great memories, and also built up the momentum that got us to Madrid.

The only thing that worries me for the final is that our away form in Europe has not been great – other than our win at Bayern Munich in the last 16.

I’d obviously feel a lot more confident about winning the final if we were playing at Anfield because we showed in the second leg against Barcelona just how powerful we are there, with our fans behind us.

Tottenham are dangerous opponents because they can go through the gears very quickly, even when they start a game very slowly. As we saw in the second leg of their semi-final win over Ajax, they can go from looking very ragged in the first half to suddenly turning it on and having a spell where they can score a number of goals in a short space of time.

They did it against us a couple of years ago at Wembley when they beat us 4-1 in a Premier League game, although we have improved a lot at the back since then.

I really think Pochettino knows how to set up against us, and take the sting our of our attacking play, because every game we’ve played against Spurs since then has been incredibly close, even if we’ve won.

So my prediction is that I don’t think it will be a particularly free-flowing game, and we might not be able to play in our usual way. 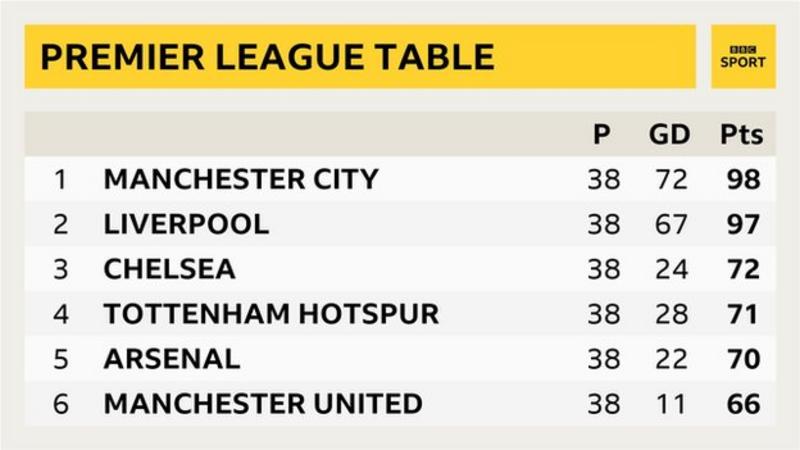 We might have finished 26 points above them in the end but I don’t think that reflects the quality of their strongest first XI. I would still back us to win but if they are at full strength then it is going to be a lot closer than that points gap would suggest.

I am going for us to win by the same margin we did in both league games this season. It will be tight but we will get over the line because losing last year’s final will give the players added determination to see it through this time.

How did Lawro do last time?

Lawro correctly predicted the outcome of Wednesday’s Europa League final, though not the exact score. He went with 3-2 to Chelsea, who actually beat Arsenal 4-1 in Baku.

Rapper and Arsenal fan Ramz went with a 2-1 Gunners victory. Feeder bassist Taka, who supports Chelsea, went for the Blues to win by the same scoreline.