White, in his second season in the NFL, played in 15 games and recorded nine sacks. He also added 140 combined tackles. The stud linebacker talked to NBC Sports’ Peter King for his “Football Morning in America” column on Monday about Tom Brady’s influence on the team and what the legendary quarterback told him when he didn’t make the Pro Bowl roster.

“Thing I love about Tom is he’s always teaching. Teaching me how to be a great leader. Every single day, every single practice, he puts the team before himself. First few days he’s in the locker room, we’re all like, We’re in the locker room with the greatest quarterback of all time! Like, I wanna talk to him, I wanna get a picture with him. But then, he’s your teammate. You’re here for a reason,” White told King. 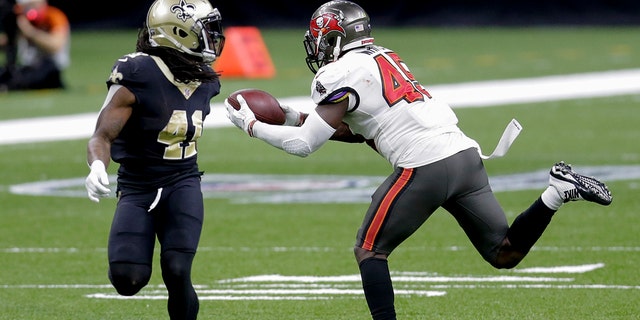 “Few weeks ago, I was kinda upset I didn’t make the Pro Bowl. He’s like, ‘D, there’s a bigger bowl I’m chasing. We’re all chasing it. C’mon.’ I just thought, man, it’s a blessing to hear that. I need to hear that. This thing’s about us. He’s still chasing those bowls in his forties. I am just so grateful to be able to spend this time with him.”

White now gets to play for a potential Super Bowl berth while Brady vies for his 10th.

The Buccaneers defeated the New Orleans Saints, 30-20, on Sunday.