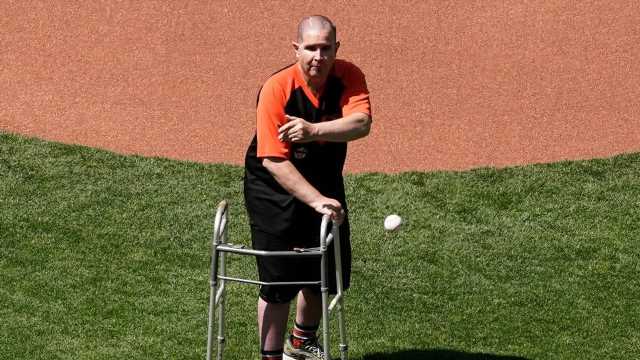 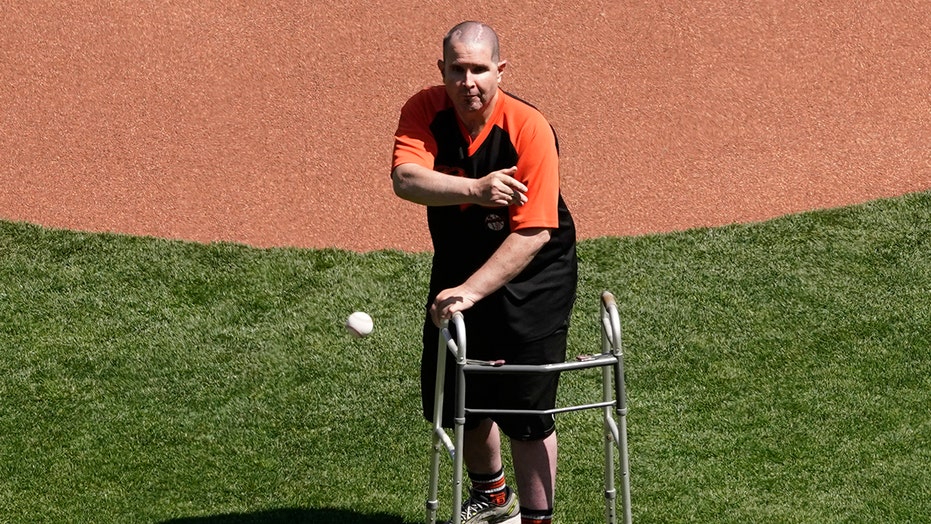 A San Francisco Giants fan who was brutally assaulted 10 years ago outside Dodger Stadium on opening day threw out the first pitch at Oracle Park on Friday.

Bryan Stow received a standing ovation when he stepped in front of the mound with help from his walker and delivered the ceremonial pitch to Giants assistant coach Alyssa Nakken. Giants manager Gabe Kapler also came out to greet Stow before the team’s 3-1 victory against the Colorado Rockies.

Stow was viciously attacked on March 31, 2011, outside Dodger Stadium. He was wearing a Buster Posey jersey at the time and the Giants had just started their World Series title defense.

He suffered a severe brain injury from the attack and was in a coma for nine months nearly losing his life. His attackers were both sentenced to prison.

Stow, who was a paramedic before the attack occurred, set up a foundation to “to save lives by telling his story within communities, hoping his tragedy will lead people — young and old — to live kinder lives.”

“With help from his family and friends, Bryan Stow has started this foundation and plans to reach out to as many schools and organizations as possible with his anti-bullying and stopping fan violence presentations using his own personal story to stop bullying behavior before it reaches adulthood,” the Bryan Stow Foundation description says.