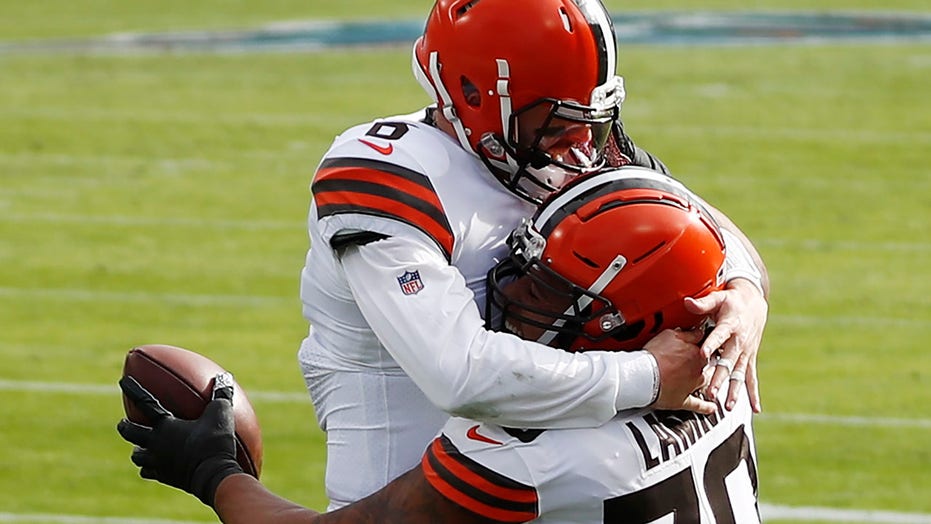 The Cleveland Browns were rolling in the first half against the Tennessee Titans and Baker Mayfield was starting to put on a show.

After a Derrick Henry fumble, the Browns got the ball down near the goal line. Mayfield and the offense lined up like they were going to run the football but the team used play-action to throw the defense off.

Mayfield faked like he was going to hand the ball off to Nick Chubb, pull the ball behind his back and found offensive lineman Kendall Lamm wide open in the end zone for the touchdown.

It was Mayfield’s second touchdown pass of the day against the Titans. Cleveland was up 17-0 with 14:56 left in the second quarter.

KYLER MURRAY TO HONOR HIS GRANDFATHER, A PURPLE HEART RECIPIENT, ON HIS CLEATS IN WEEK 13

At that point, Mayfield was 11-for-13 with 111 passing yards and the two touchdowns. The other touchdown came on a bullet pass to wide receiver Jarvis Landry.

Tennessee came back and scored a touchdown to cut the Browns’ lead.

The Titans couldn’t get the offense going — at least early in the game.