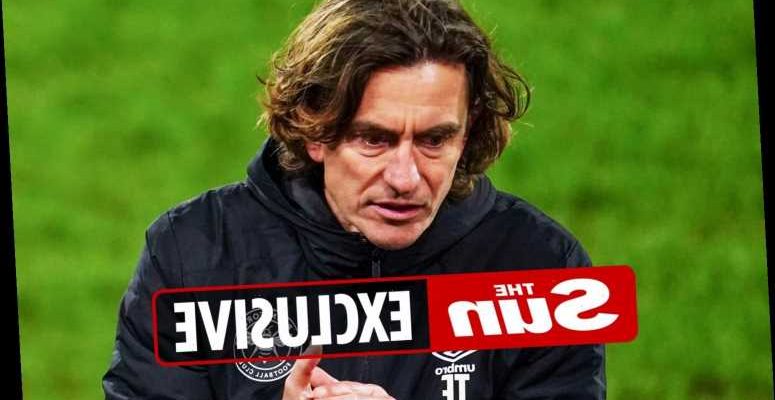 HAD it not been for sod’s law Thomas Frank would have been meeting Brendan Rodgers this weekend as a Premier League equal.

But if the Dane eventually does lead Brentford into the Premier League, it will be a fairytale to rival Leicester’s 2016 title triumph. 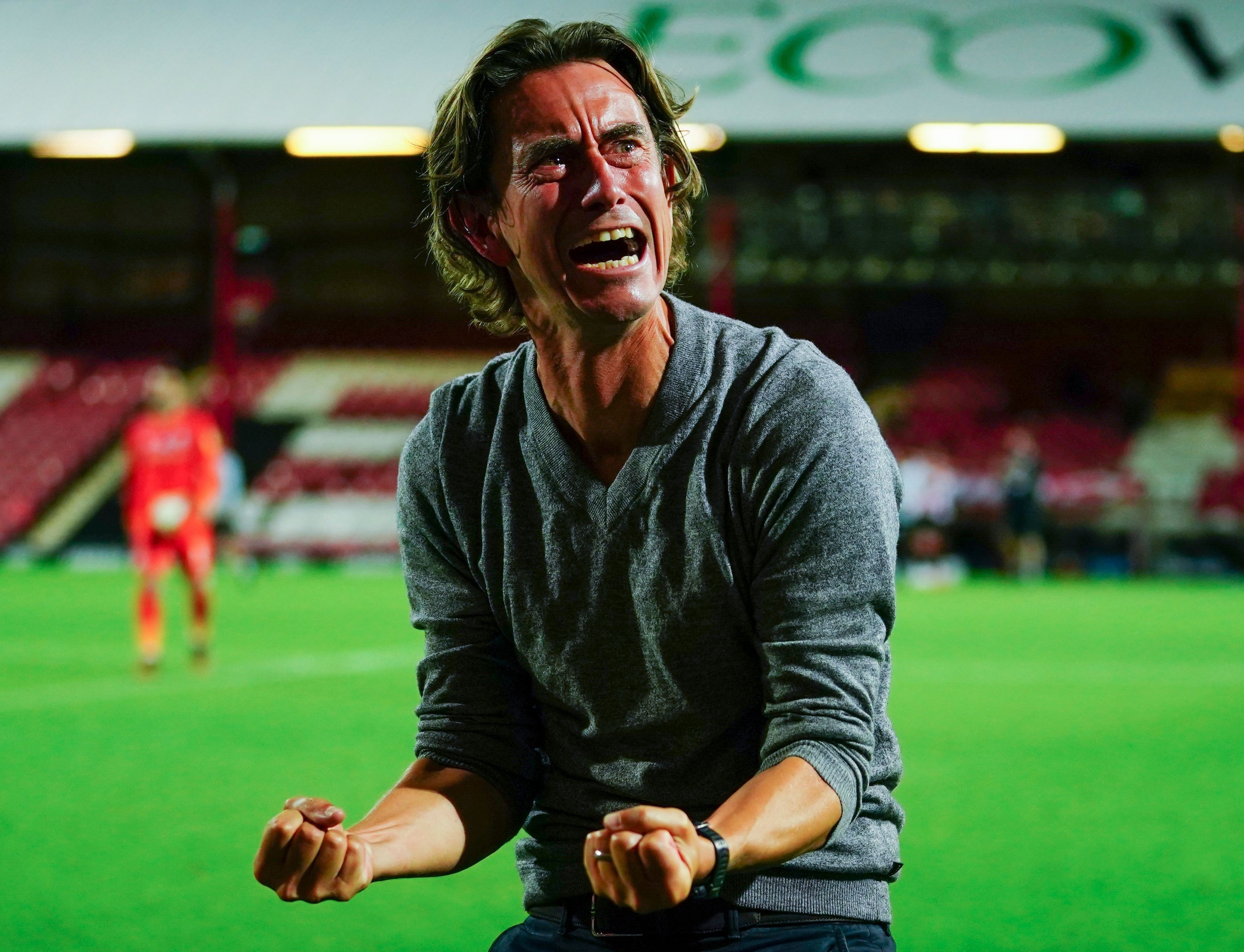 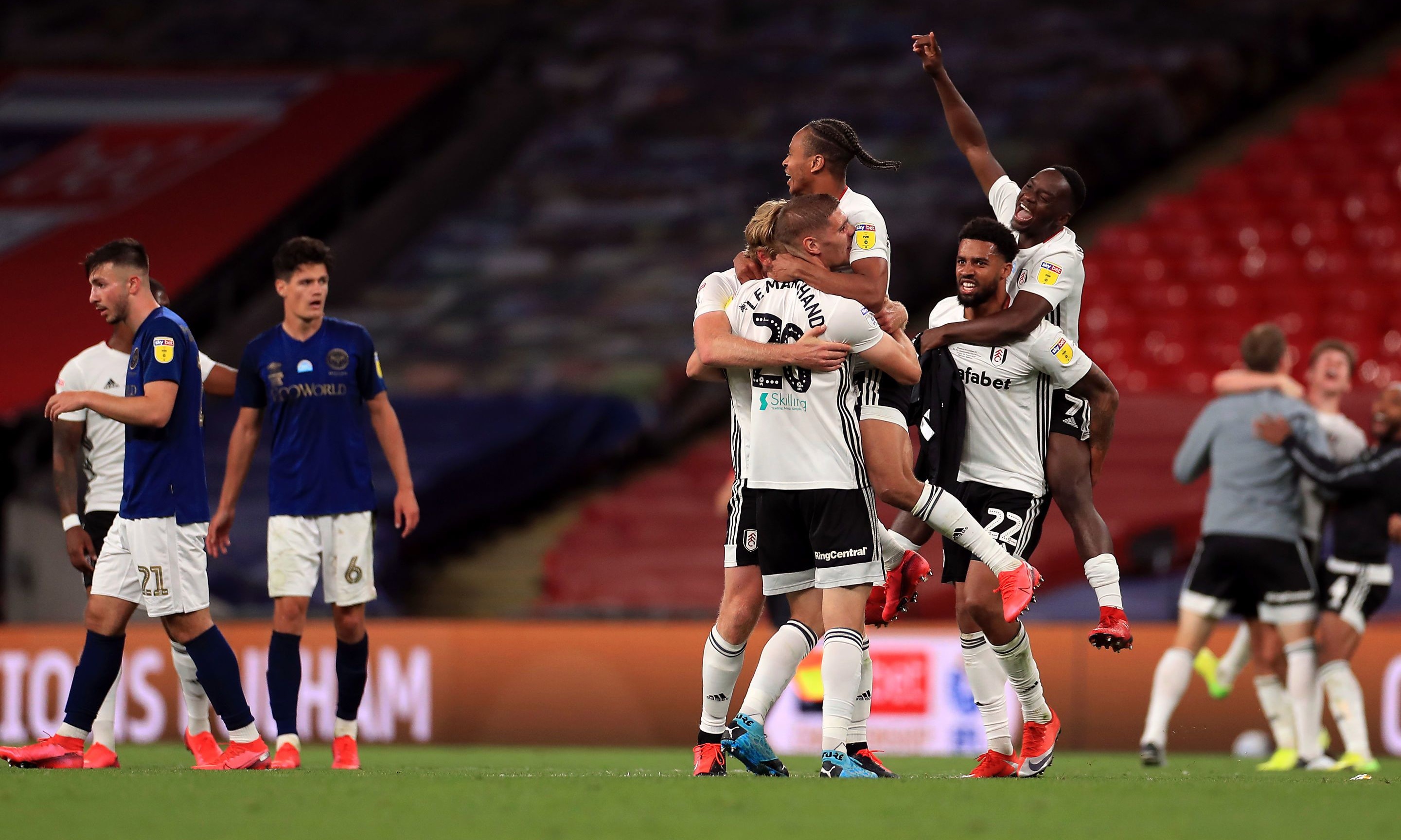 “And yet Joe Bryan scores their only goals against us in the space of 12 extra-time minutes at Wembley with a wonder strike and from a mistake. It’s the fine margins of football.”

It is also the law of sod, Thomas.

After an incredible eight-match winning streak where they swept aside all-comers including Fulham, they lost both their final league games against struggling Stoke and Barnsley. Victory in either would have seen them promoted automatically.

But that pain has driven Brentford this season.

They have not lost a Championship match since October and their Carabao Cup semi-final exit against Tottenham was the only reverse in their last 19 matches in all competitions.

Beating Leicester will be their FIFTH Premier League scalp this season, having already defeated Southampton, West Brom, Fulham and Newcastle in that cup run. 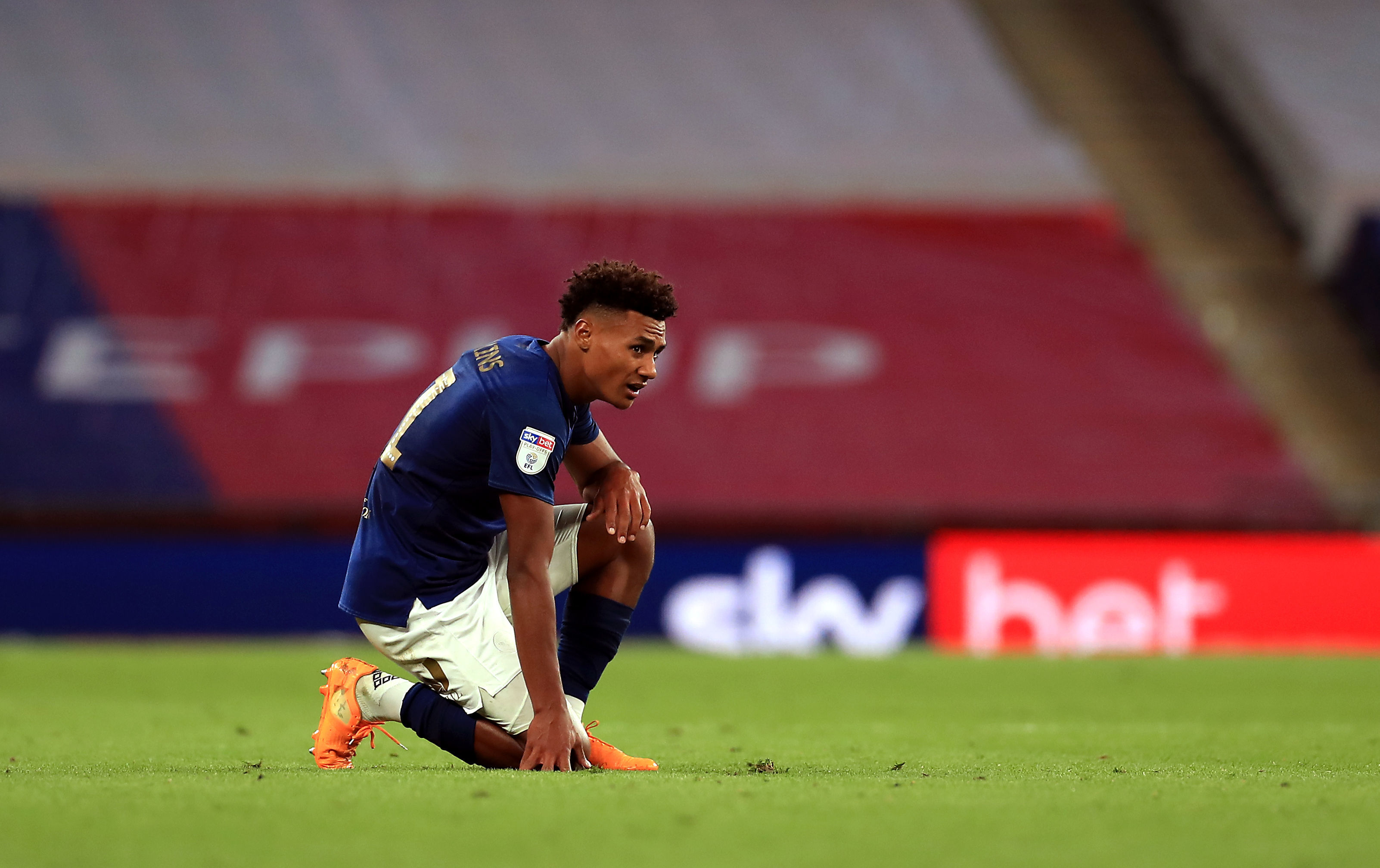 Frank said: “We’ve learned from the finest of margins that went against us last season. Did you know we lost nine games 1-0? It’s crazy.

“There were one or two we deserved to lose but the rest we should’ve won or drawn.

“This season we’re managed to win tight games or at least drawn them because every player has improved.

“Keeper David Reya learned from his mistake at Millwall last season for example that cost us the game 1-0.

“Defenders Pontus Jansson and Henrik Dalsgaard, despite all their experience, have become even better leaders.

“Ethan Pinnock and Rico Henry did amazing for us in their first season at Championship level – but have upped it further.

“Bryan Mbeumo hasn’t scored as many goals so far but has lost the ball less and is getting more assists. Sergi Canos has also grown.” 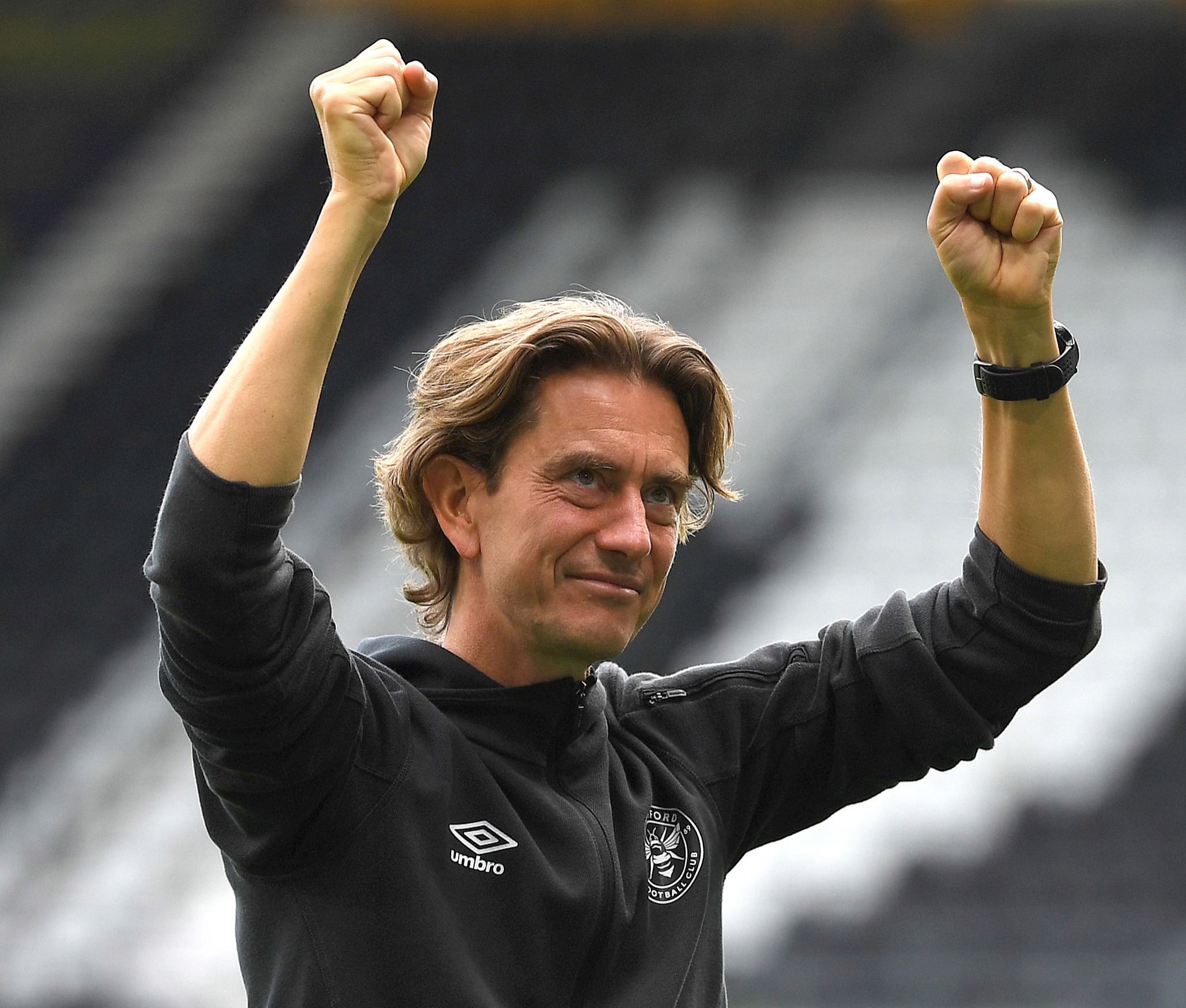 The famous BMW frontline last season of Ollie Watkins, Said Benrahma and Mbeumo plundered a staggering 57 goals between them.

But when 25-goal Watkins was sold to Aston Villa for £33million and 17-goal Benrahma got loaned to West Ham, many feared for Brentford’s chances of mounting a serious challenge this time round.

Yet the West Londoners responded by doing what they do best – unearthing another gem in Ivan Toney.

The striker, signed from Peterborough for £5million, already has 16 league goals after 23 games.

And he is on course to become the third Bees striker to hit 25 goals in consecutive seasons following Watkins and Neal Maupay before him.

Frank said: “It’s not easy for a player to just step into a team like that. It requires a lot of team work.

“Can you name me a club that has produced three different 25-goals-a-season strikers in consecutive years? I can’t off the top of my head.

“He only needs nine goals and I’m confident he’ll do that.

“His movement and finishing inside the box is great. The link-up play is really good. He has a good eye for his team-mates.

“His hold up play in terms of his physicality is top drawer. 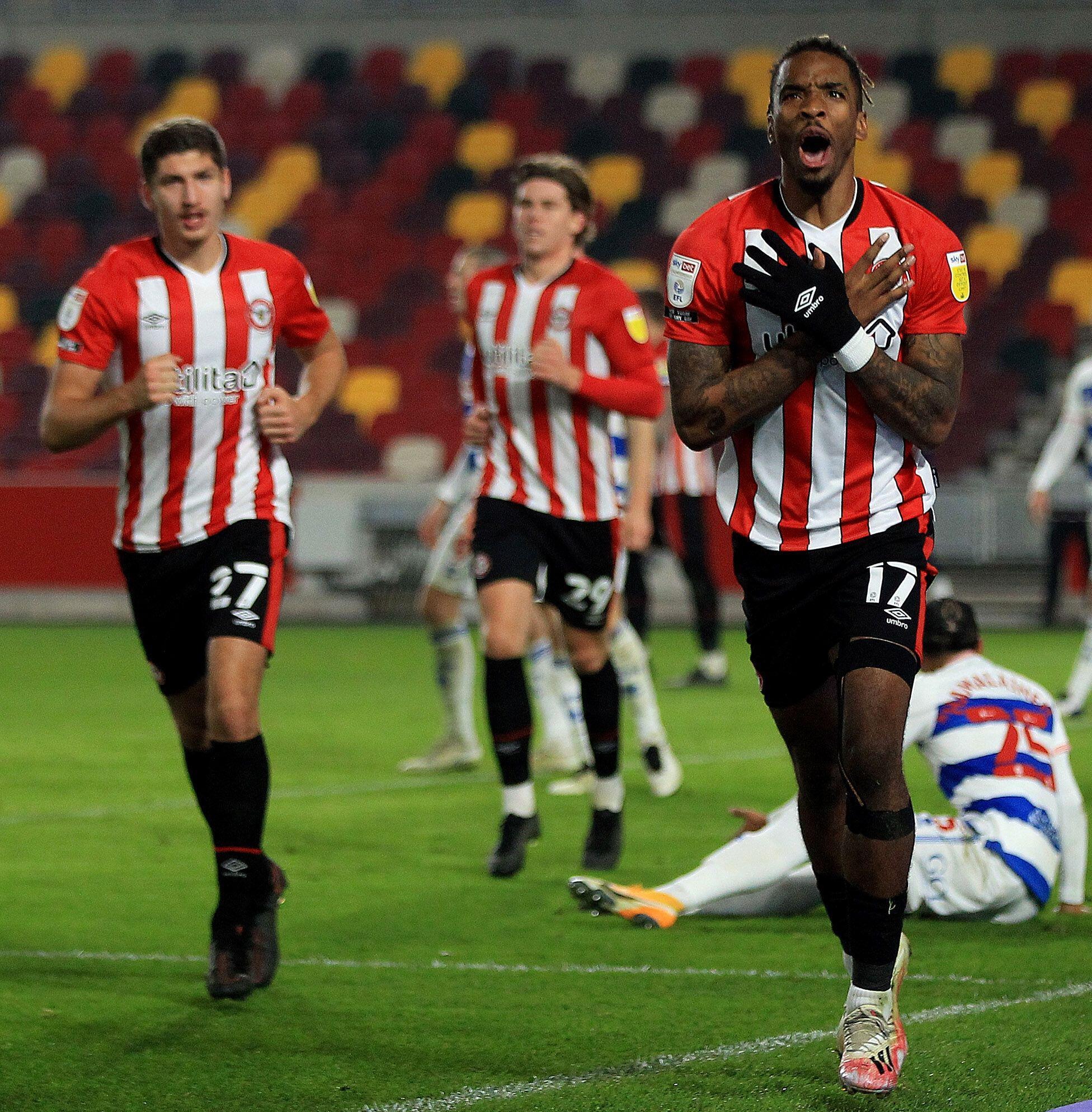 Asked if he believes Toney will follow the man he has replaced, Watkins, into the top flight, Frank answered: “Yes, 100 per cent.

“Of course, they’re slightly different. Ivan’s heading and positioning in the box is better. Ollie has a bit more pace to run in behind while Ivan can hold and link up a bit more.

“Ivan will be in the Premier League in the future. Hopefully that’ll be with us.”

But particularly impressive since Frank took over from Dean Smith in October 2018 has been how much better Brentford are defensively.

They have had to rely on that this season with fewer goals being scored, which was inevitable after losing two of the best forward players in the division.

Ivan Toney will be in the Premier League in the future. Hopefully that’ll be with us.”

The Dane, who won the SkyBet Championship manager of the month award for December, said: “We have a massive solidness and are difficult to play against.

“We’re adding more free-flowing football again, which we have missed. That is one thing I haven’t been happy with but we’re getting closer to where we want to be with that.”

Brentford’s climb from mid-table League Two fodder to the brink of Premier League football has been startling – and they generally have a knack of recruiting the right managers at the right times as well as players.

Andy Scott got them out of the bottom division, Mark Warburton took them into the Championship and almost the top flight, Dean Smith steadily improved the squad while Frank has been a resounding success since he took over. 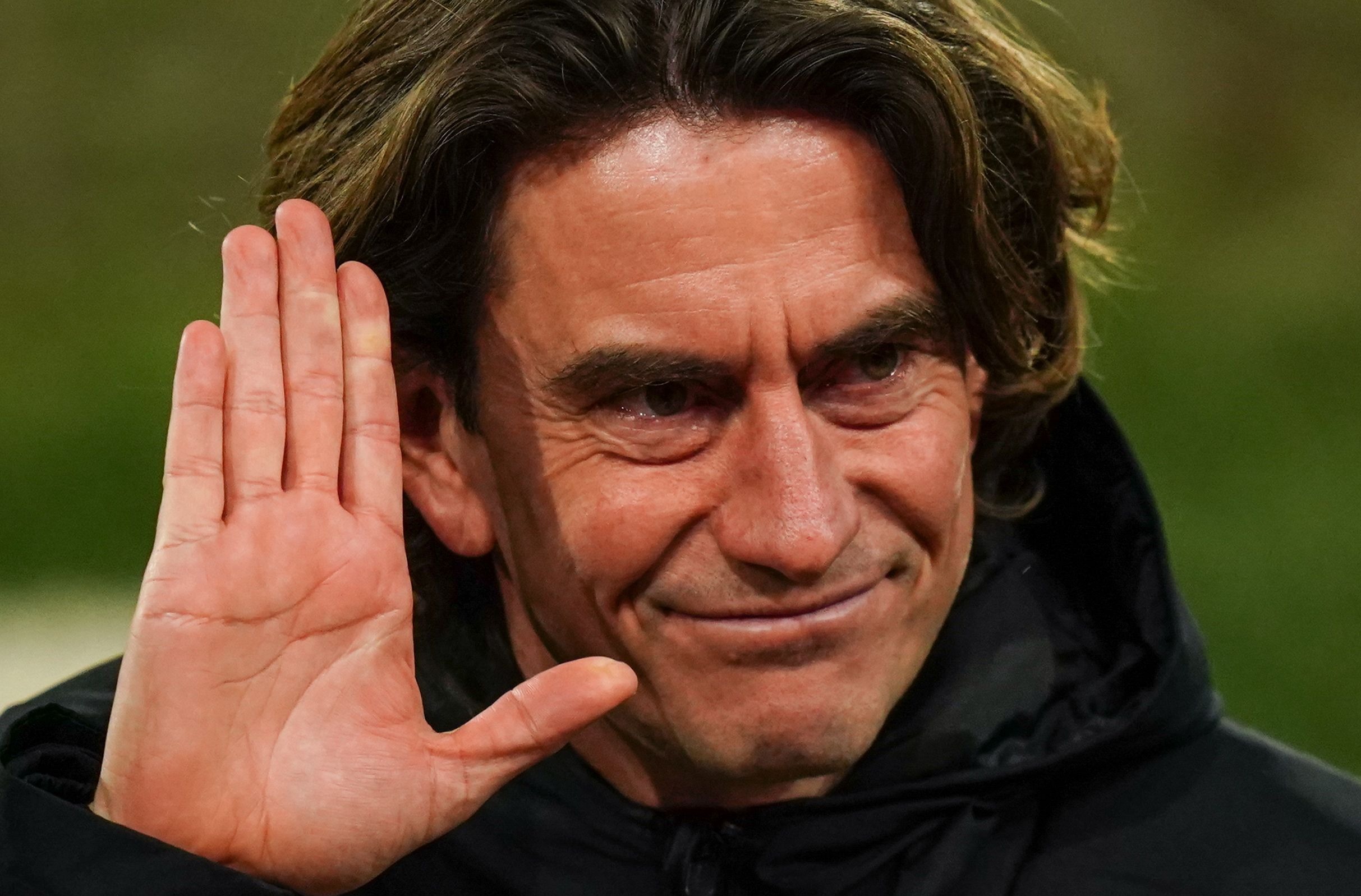 So what achievement does Frank rank as the highest at Brentford?

He said: “The culture. We have this unique togetherness where you can see that everything’s aligned from top to bottom – from the staff, players and me to the board and owner.

“We’re all good people who work in the same direction. We have this attitude, believe in ourselves and are humble.

“If you’re not humble, someone will run past you.

“We also work extremely hard because you achieve nothing otherwise.

“You must perform every day and that performance comes on and off the training pitch.

“These bits are extremely important.

“Beside that is our style of play where we’re clear in how we want to do it.

“That added together and consistency reaps great results.

“Maybe we didn’t have the margins with us last year but if we keep doing this the scoreboard will take care of itself.”