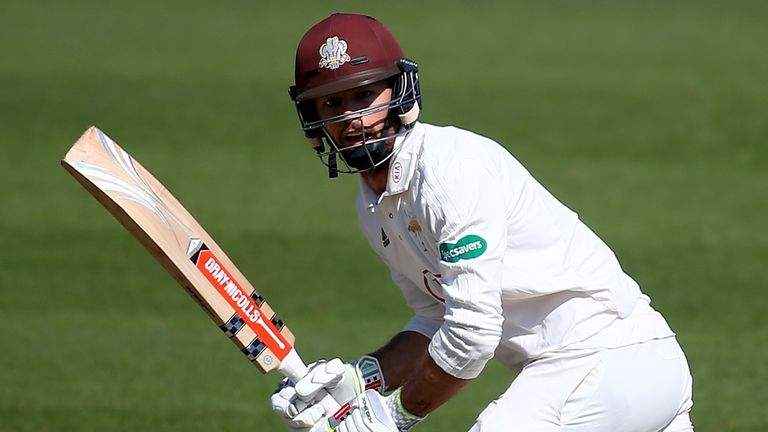 Ben Foakes scored a classy half-century as poor conditions hit the second day of the Specsavers County Championship Division One at Guildford, where Surrey reached 188-5 against Somerset.

Only 36.2 overs were possible before a combination of light and rain stopped play just after 2pm, with the action eventually continuing for a short time after 5.30pm.

Despite the testing conditions, Foakes’ 57, coming off 70 deliveries and including 10 boundaries, helped rally Surrey from the depths of 38-3.

England opener Rory Burns had earlier been dismissed for just two, driving loosely at Jamie Overton to give Marcus Trescothick a sharp catch at second slip. 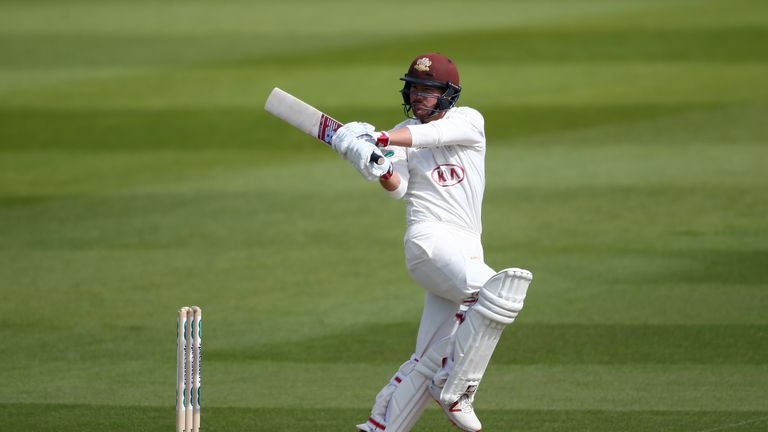 Somerset had made 344 in their first innings and will return to the top of the Division One table with victory, and an additional eight overs are expected to be played on Wednesday with the forecast improved.

Rain also made it a shortened second day between Yorkshire and Essex at Headingley, where all-rounder Dom Bess was left stranded on 91. Yorkshire vs Essex scorecard

Bess, on loan from Somerset, ran out of partners as the hosts compiled 390 batting first, having advanced from 289 for six overnight.

In reply, Essex reached 18-1, with Alastair Cook caught in the slips off Ben Coad, but no play was possible past 2:15pm with only 36.3 overs bowled. 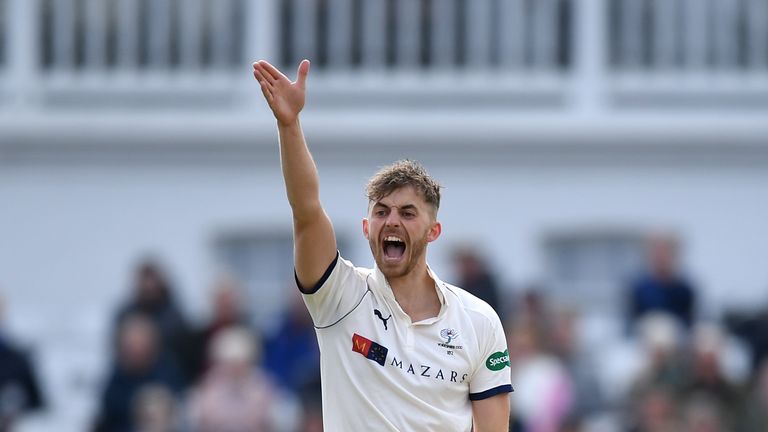 There was also disruption at Edgbaston, where Warwickshire reached 311-7 against Nottinghamshire before rain set in to prevent any play after tea in the match between the bottom two teams. Warwickshire vs Notts scorecard

Adam Hose will resume on Wednesday morning closing in on his maiden first-class century after reaching 84, with 10 fours and two sixes.

Warwickshire had started the day on 181-3, with Dominic Sibley out for 87 in the third over when he edged Luke Fletcher to second slip.

The hosts had been bowled out for 293 in their first innings, which was a highest total in the Championship this season, as Rampaul ended with figures of 5-77 – his best in first-class cricket for Derbyshire.

Although captain Billy Godleman made 66, Harte’s intervention was key with three wickets in an impressive seven over spell as Derbyshire were left at 181-6, Matt Critchley 38 not out, before the rain ended day two prematurely.

Josh Bohannon was another batsman to run out of partners as his unbeaten 98 saw helped Lancashire make 449 against Leicestershire. Lancs vs Leicestershire scorecard

All-rounder Bohannon was left stranded just two runs short of a maiden first-class century, with no play was possible after lunch after the game was abandoned due to heavy rain at Aigburth.

Lancashire had progressed from 347-7 to 449 all out, dismissed five minutes before the scheduled lunch break as Dieter Klein finished with 3-89.

The right-arm seamer tore the heart out of the home side’s top order with figures of 4-23, which included a burst of three for eight in 14 balls.

When the weather closed in to provide temporary respite for the beleaguered hosts, they were 61-4 and still needing 282 runs to make Sussex bat again.