THIS is the hilarious moment a baseball fan dropped his chips and then his burger in two attempts to catch the ball.

And it wasn't third time lucky for the LA Dodgers fan either as he watched his team lose 2-1 to the San Francisco Giants. 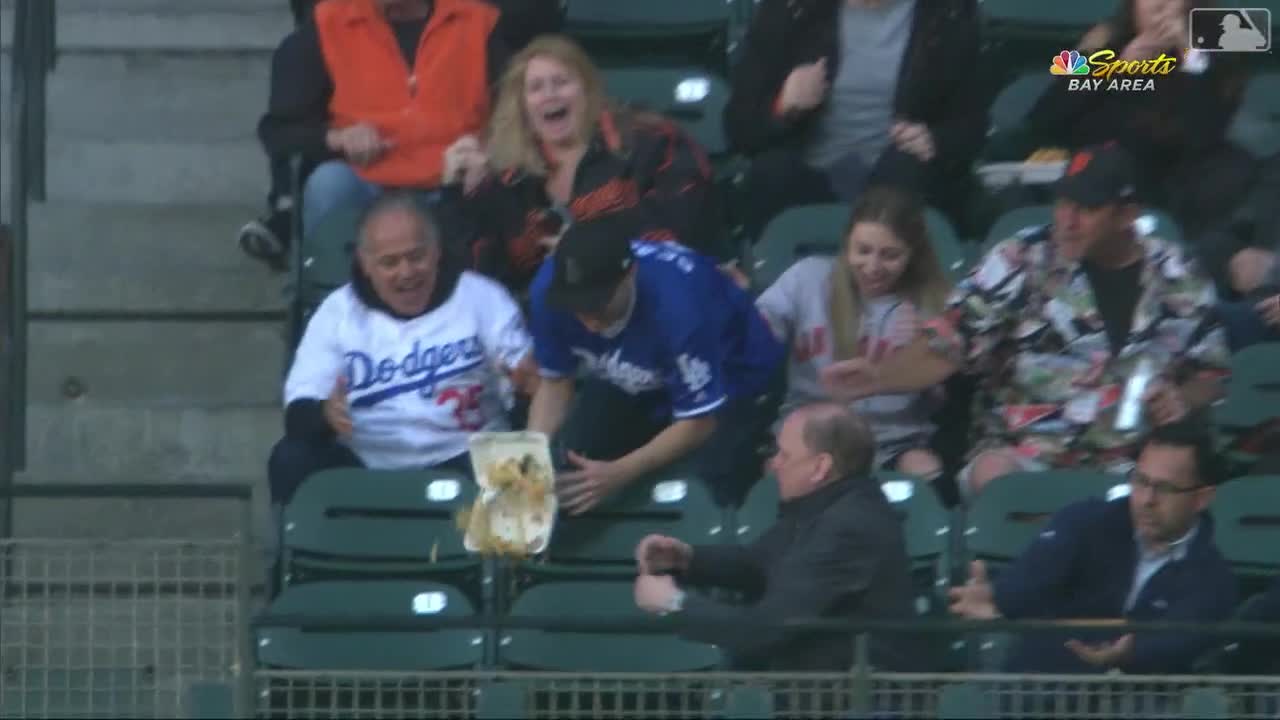 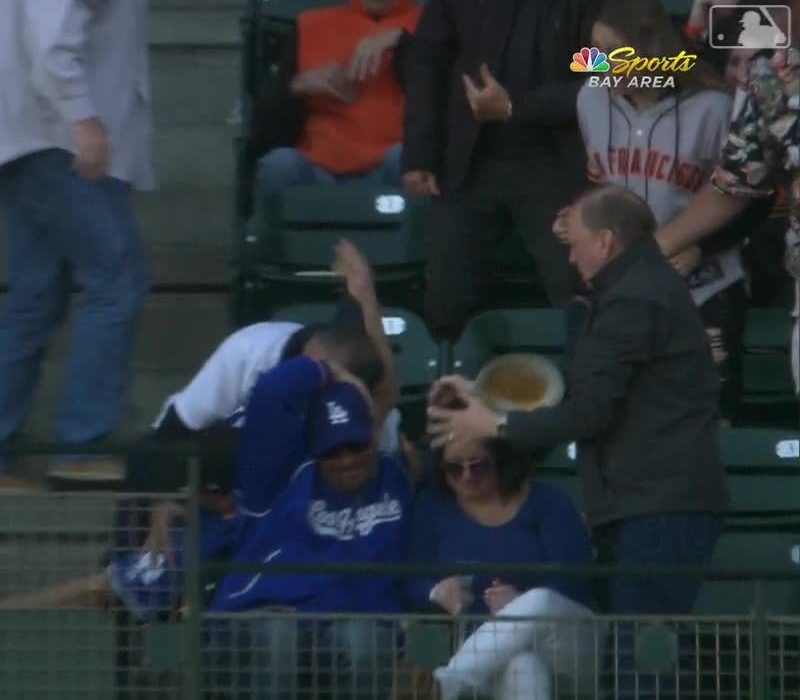 But luckily for the sports fan, he got to keep the balls as they were fouls.

The first time saw the supporters throw his left arm up in the air, while his right holds a box of fries.

But he drops the ball, and then his entire box of food flips over his seat and onto the floor.

All thoughts of his hunger disappears however as he leans down and scoops up the ball.

He then sits down and proudly shows off his prize as the girl next to him takes a photo.

Incredibly, one inning later the fan is back in the spotlight – and loses more food.

The chips have been replaced by a pizza, but the food goes the same way as the potatoes before it and ends up on the floor.

The left hand again spills the ball, the right drops the tasty delight.

Most Read In Sport 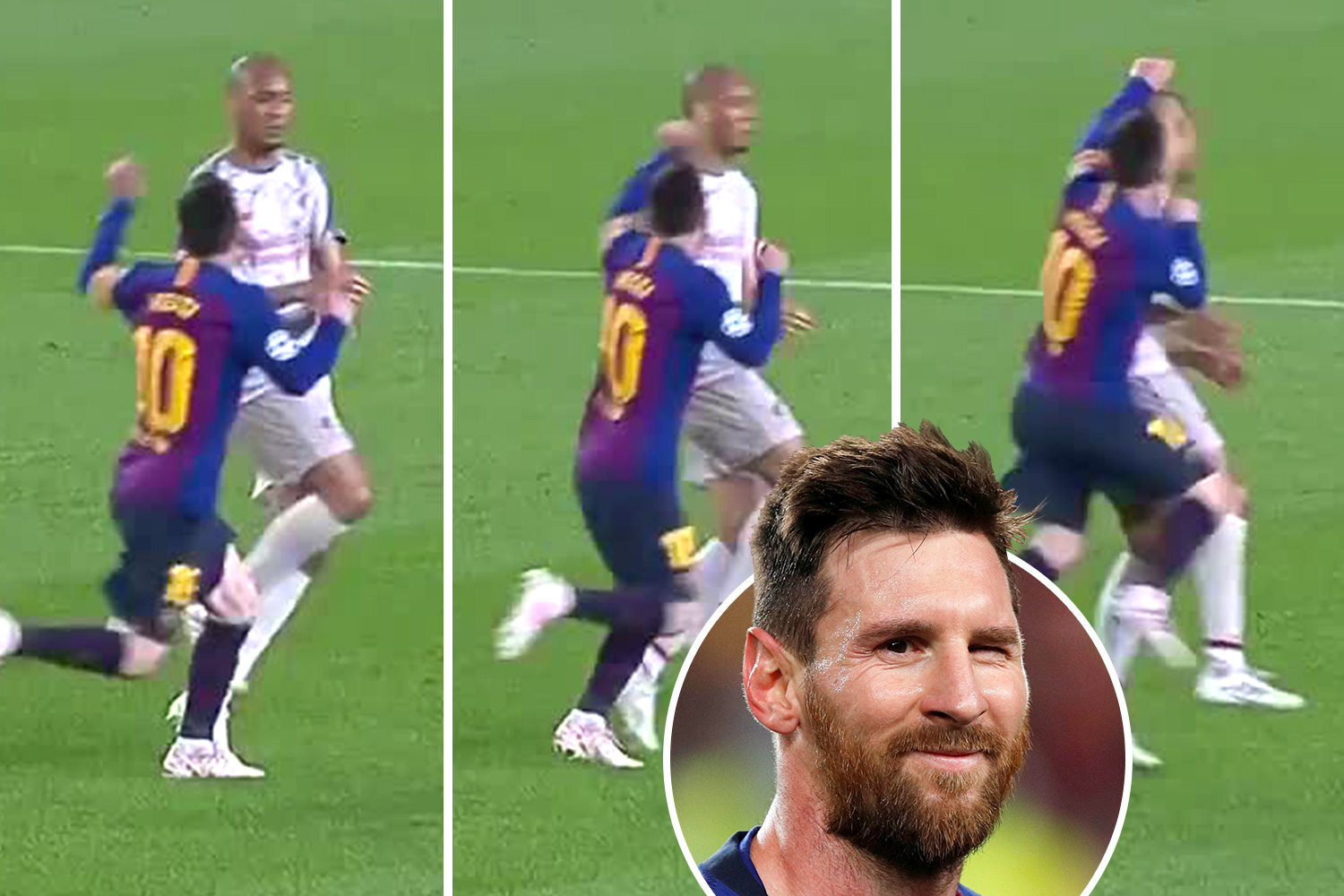 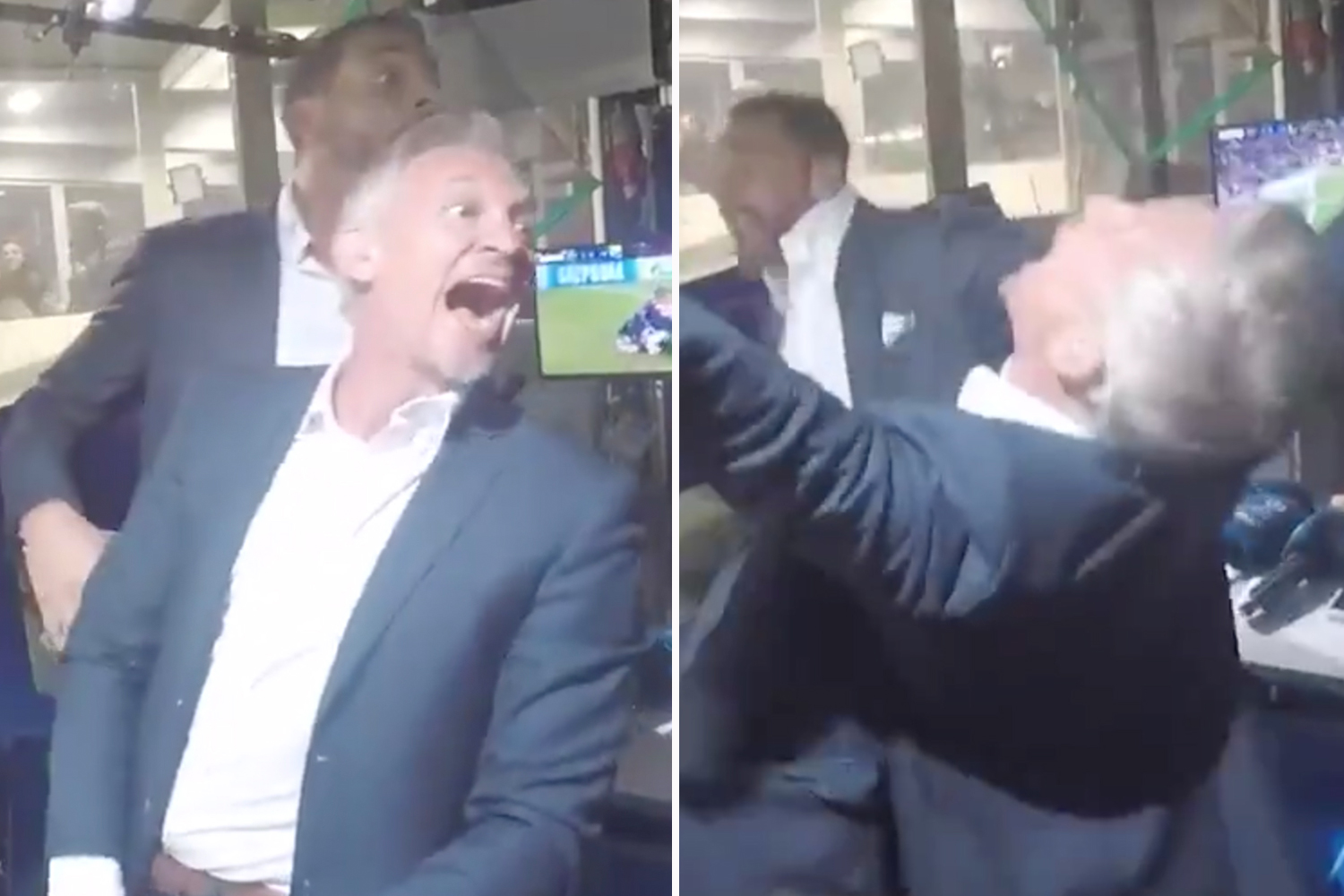 But again he ends up with another souvenir – while the people around him dust off more food from the juggling flop.

It earned the Giants a 2-1 victory over their National League West rivals.

The win was the Giants' second in the three-game series and came two innings after manager Bruce Bochy was ejected for arguing balls and strikes. 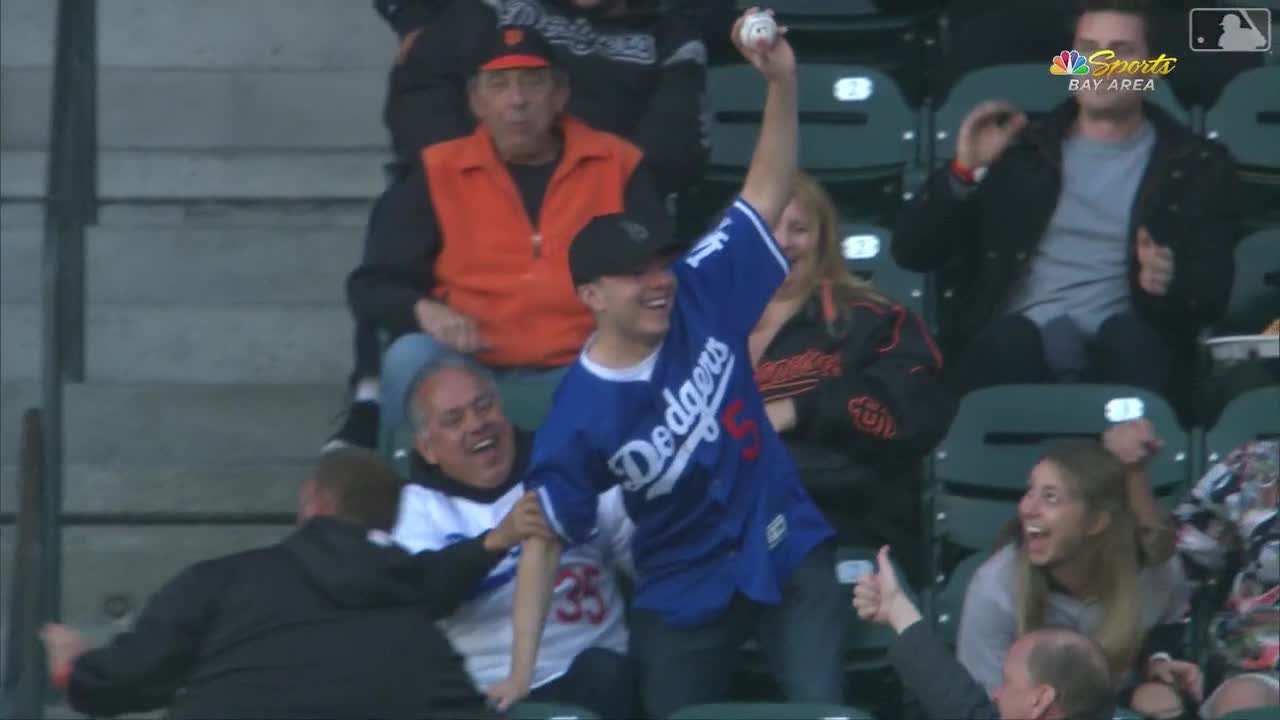