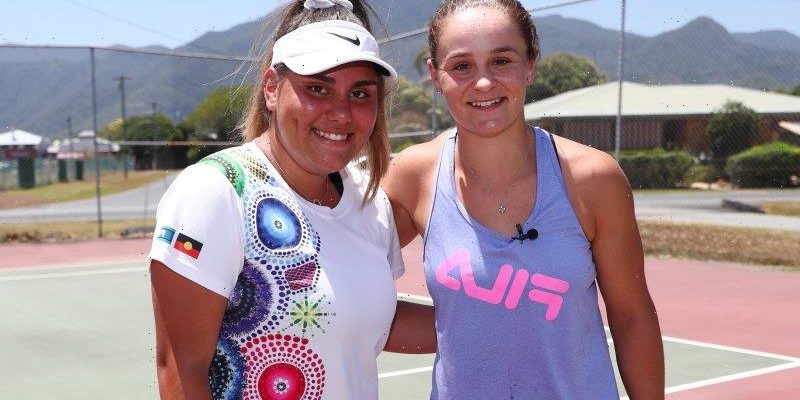 Tennis has been an integral part of Aboriginal woman Mikayla Zahirovic’s life since she was five years old.

Now 18, Zahirovic says Ngarigo woman Ash Barty – the first Australian woman to make the Wimbledon finals in more than 40-years – has inspired her to push ahead with a career in the sport. 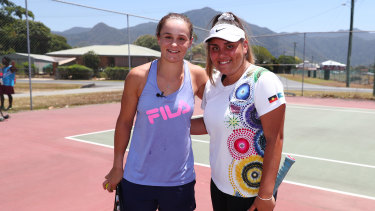 Mikayla Zahirovic, right, with Ash Barty, whose success as an Indigenous woman she says is inspirational.Credit:Getty

“It makes me so happy to see not only another young Australian player, but for her to be Indigenous as well,” Zahirovic said.

Barty is now following in the footsteps of Wiradjuri woman Evonne Goolagong Cawley, the last Australian woman to make it to the finals – and win – 41 years ago.

“It just gives me that hope that if I really wanted to do something and I put all my time and effort into something, anything is possible,” Zahirovic said.

“Being an Indigenous player myself there are just so many opportunities that can come about and Ash has really shown that if you really put your mind to something you can do whatever you want.”

“You can safely say a lot of the Aboriginal and Torres Strait Islander community would be really proud of her today and I think a win for her is a win for all of us,” Ms Dodson said.

“It’s something that’s really inspiring, and I think a great thing for our kids to look up to.”

Ms Dodson, who is also the deputy CEO of the National Aboriginal Sporting Chance Academy, said it’s important for First Nations children to see the success of their people celebrated. 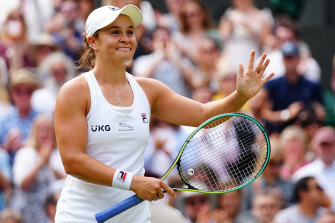 Can Ash Barty go all the way?Credit:Getty

“A lot of Aboriginal and Torres Strait Islander people get really frustrated by the amount of negative reporting about us and to see these success stories being celebrated on a national stage is really important,” she said.

“NAIDOC week is all about celebrating our mob and all the great achievements we’ve made and also the amazing contributions that we make to this country, so I think it’s very fitting she’s won during NAIDOC week.”

Barty will face off against Czech player Karolina Pliskova in the final on Saturday night.