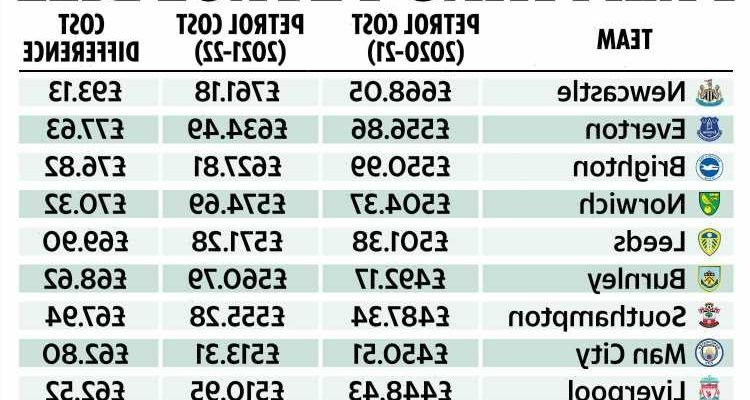 FOOTBALL fans are now paying more on PETROL to get to games than they do on season tickets, shock research has revealed.

Due to the recent fuel shortage, the cost of petrol has risen dramatically – and shows no sign of slowing down over the winter. 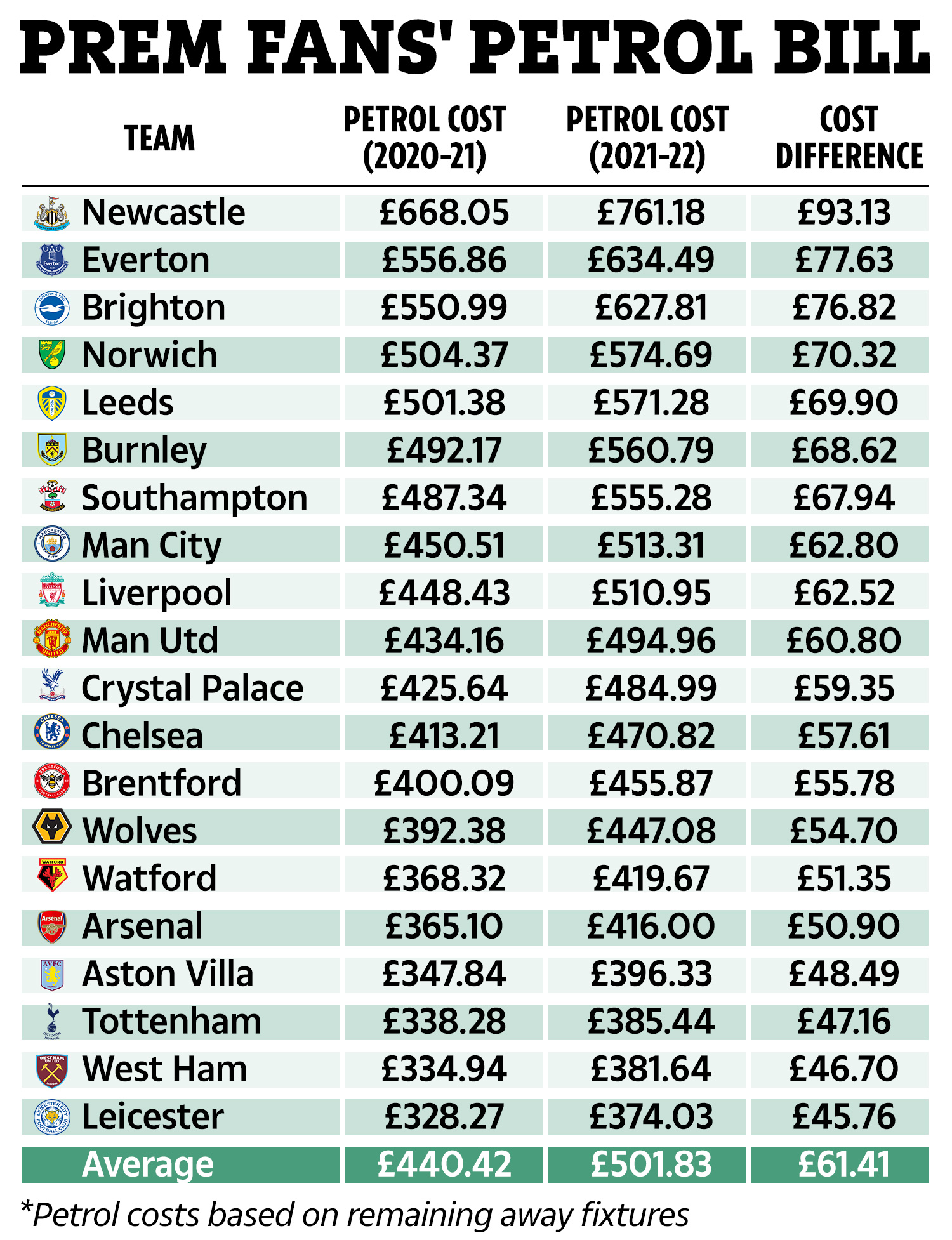 And that means some Premier League fans face the daunting prospect of paying close to £100 a year more just to follow their team, according to Saxo Markets.

In fact the average petrol bill for fans travelling to away games has risen to over £500 per season.

That's more than the average Premier League season ticket, which stands at £490.

But some clubs are worse affected by the rising price of petrol than others.

Newcastle – recently taken over in a £300million deal – may boast the richest owners in football, but their fans are increasingly out of pocket.

Incredible, Toon followers will be forced to pay £761.18 on fuel alone to travel to their side's remaining away games in 2021-22.

That's a rise of £93.13 from the equivalent fixtures last season.

That pushes the cost of following your team up from £440.42 to £501.83 – and that's only on petrol, not taking into consideration the rising cost of food, drink and merchandise.

"Record high petrol prices are driving an increase in the cost of everything we do for business and leisure contributing to today’s soaring inflation rates.

“Record high prices at the pump mean that loyal football fans travelling around the country to watch their teams are being hit with bigger bills than ever, now outstripping the cost of season tickets in many cases.

“When factoring in the surge in inflation’s impact on the cost of food, drink and merchandise too, it’s never been more expensive to be a match-going fan.

"And the signs are that prices aren’t going to drop any time soon.”

*The cost of an away trip was calculated based on stadium to stadium travel in the UK’s most popular petrol car, the Vauxhall Corsa, at a combined fuel efficiency of 50 miles per gallon, with petrol prices today at 144.9 compared to the RAC’s cost on the May 23, the final day of last season, at 127.89 pence per litre.