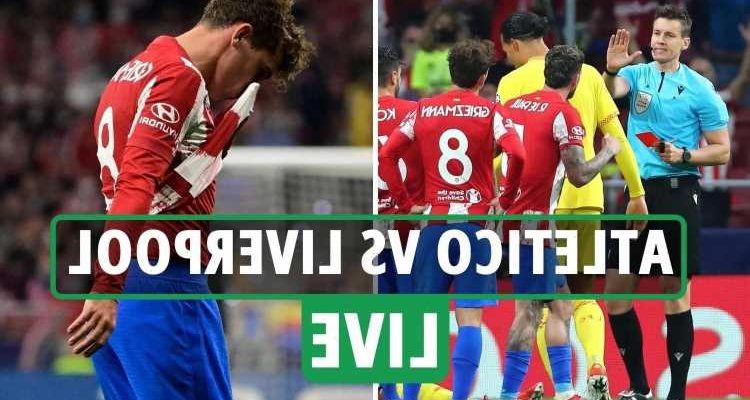 The Reds made a dream start with a deflected Mo Salah strike before Naby Keita doubled the lead with a stunning effort.

However Antoine Griezmann got the final touch on a shot from Thomas Lemar to pull a goal back for the hosts.

And he then made it 2-2 as he beat Virgil Van Dijk and smashed the ball past Alisson.

But the Frenchman's night was cut dramatically short after he was given a straight red card for a high boot.

Atletico Madrid adapted well to going a man down but things went horribly wrong for them when Mario Hermoso needlessly took out Diogo Jota in the box and Salah netted the resulting penalty.

The hosts were then awarded a penalty of their own after a reckless-looking challenge from Diogo Jota, but a very controversial VAR review saw the decision overturned.