ARSENAL put aside their dismal away record with an emphatic win on the road.

After three straight away league defeats, they blew past an injury-ravaged Leeds in the first half with three goals to settle this one and strengthen their grip on the top four ahead of Christmas. 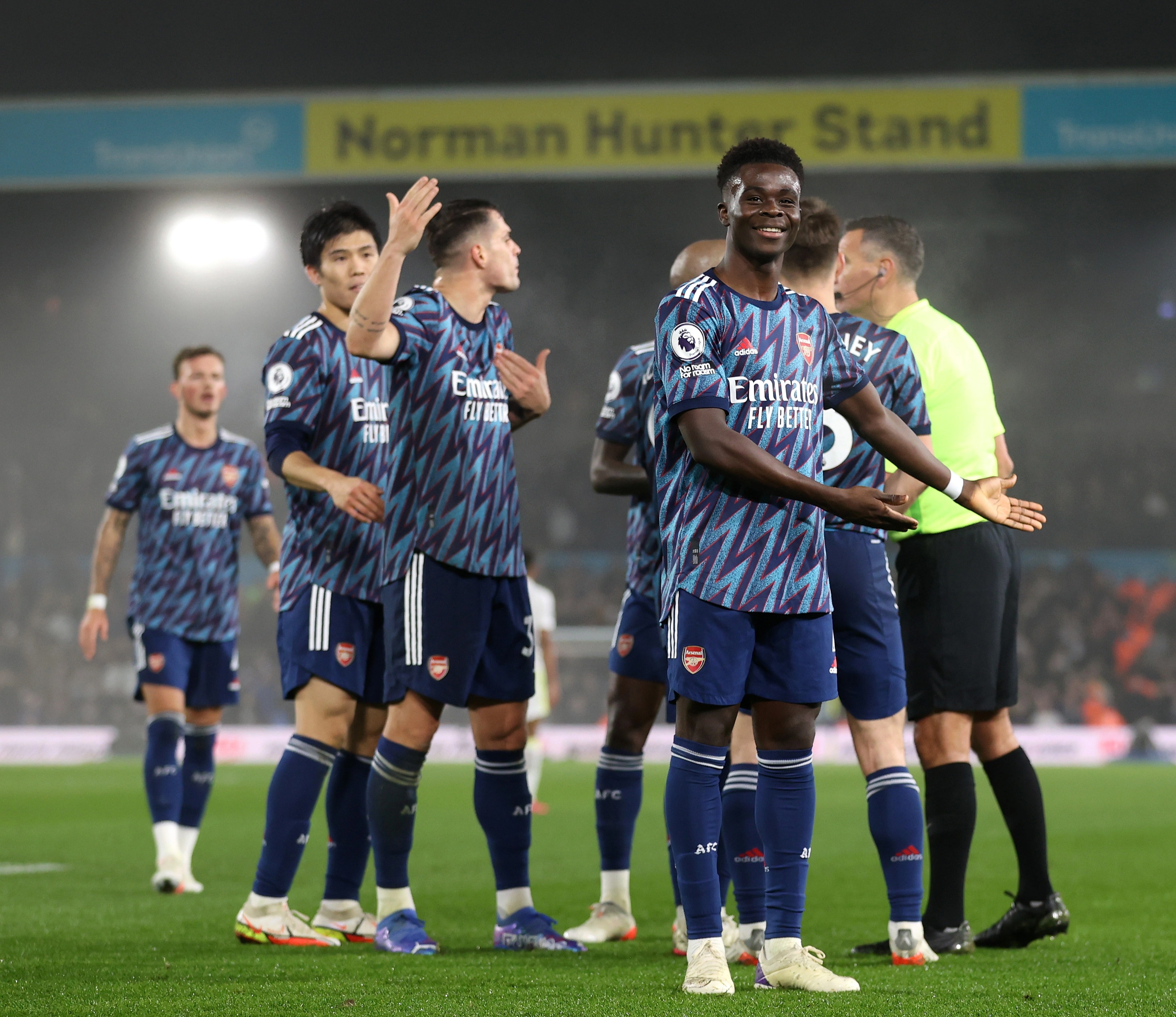 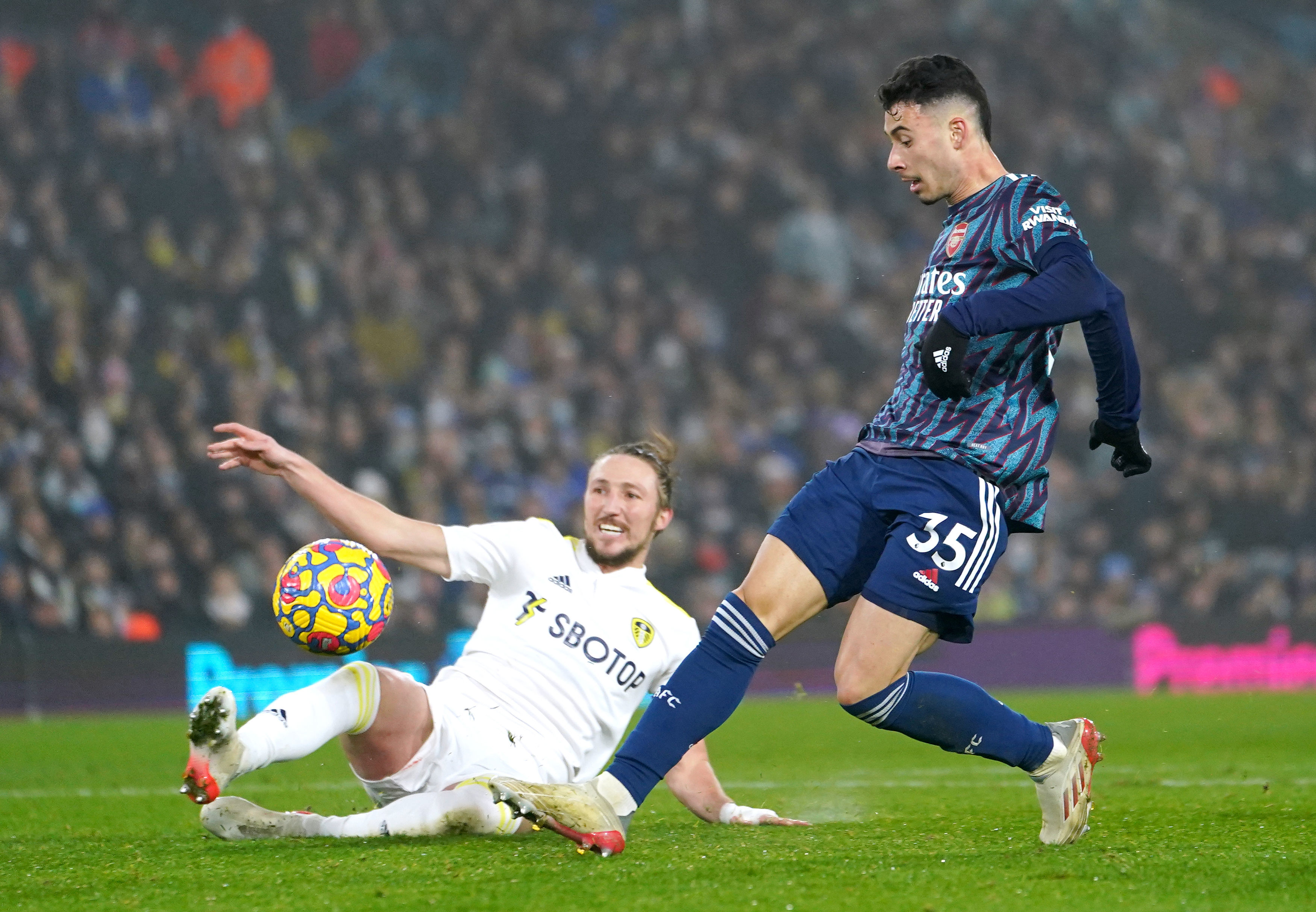 Ben White gave his former side a lifeline by diving in for the penalty but it was too little too late for the hosts as sub Emile Smith Rowe smashed in a fourth moments after coming on.

Has been Arsenal's player of the month for October and November but a quiet evening in Yorkshire.

He did not face a shot on target until the 72nd minute, when Tyler Roberts tried his luck from range but it was an easy stop.

Three minutes later, had no chance with Raphina's perfect penalty.

Another strong performance from the Japanese right-back who grew into the game in the second half.

Fortunate to limp away and carry on after Joe Gelhardt sunk a set of studs into his foot soon after the break then showed excellent back-post defending to prevent Leeds getting back into the game.

Returning to the ground where he enjoyed a successful loan in 2019-20 and where Marcelo Bielsa wanted him to be playing permanently.

Looked on course for a much-needed clean sheet away before a reckless sliding tackle to gift-wrap the penalty a week before Christmas. Woeful judgement.

Continues to prove he is an accomplished centre-back – but this was an easy night at the office.

A good opportunity to continue building this strong partnership at the heart of defence with White, including pushing away compatriot Raphina to back his pal.

Stretched Leeds with his width and attacking runs and could have doubled the Gunners' lead but saw his slightly-sliced effort well saved.

Thankfully made nothing of Raphinha catching his face with a loose hand which would have sent too many Prem players rolling on the floor.

Arsenal spelt his name as Party in their official line-up graphic, and that's exactly what he had against a much-weakened Leeds side.

He was part of the pressing pack that turned over possession for the opener and can be happy with his evening's work. 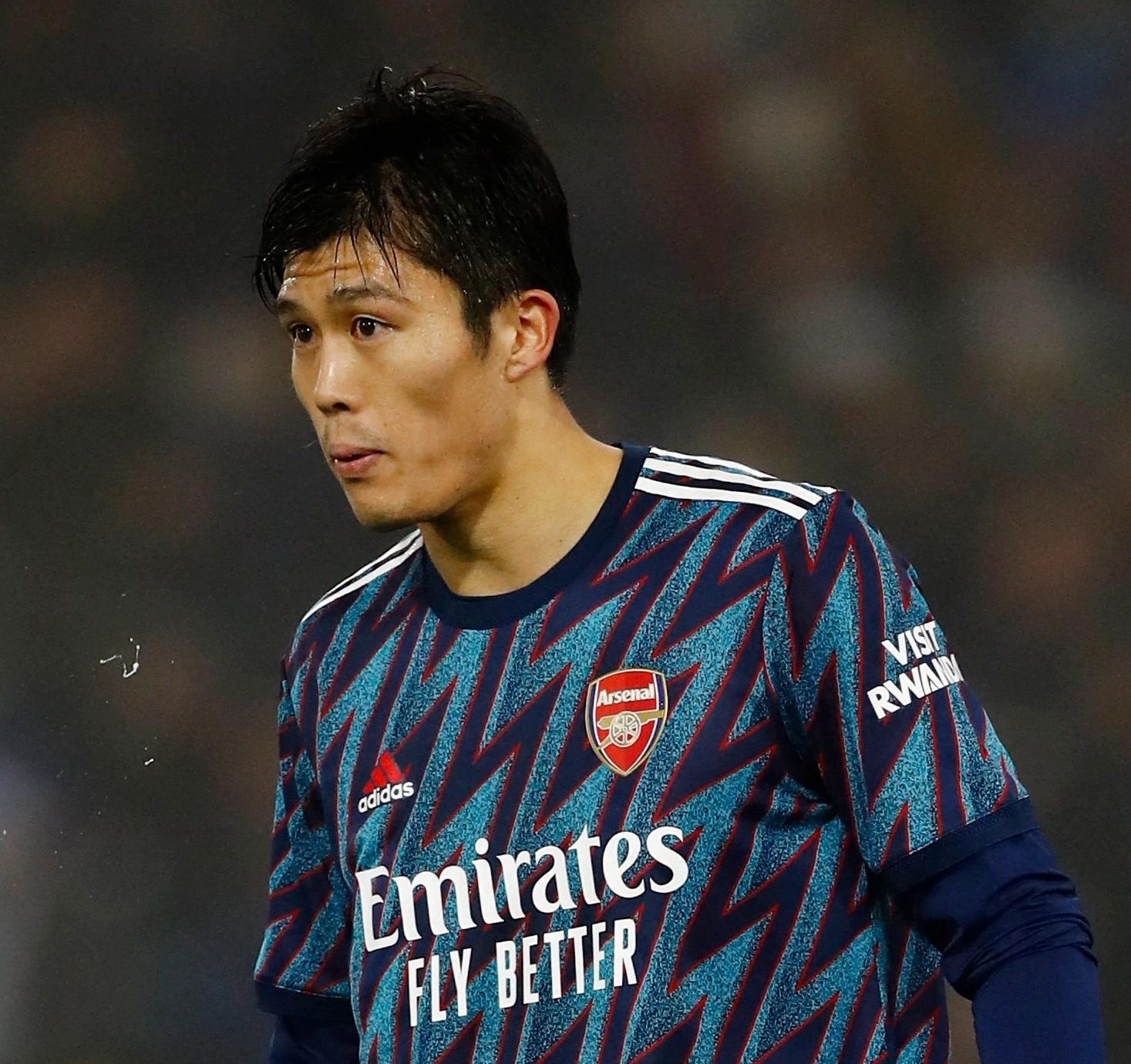 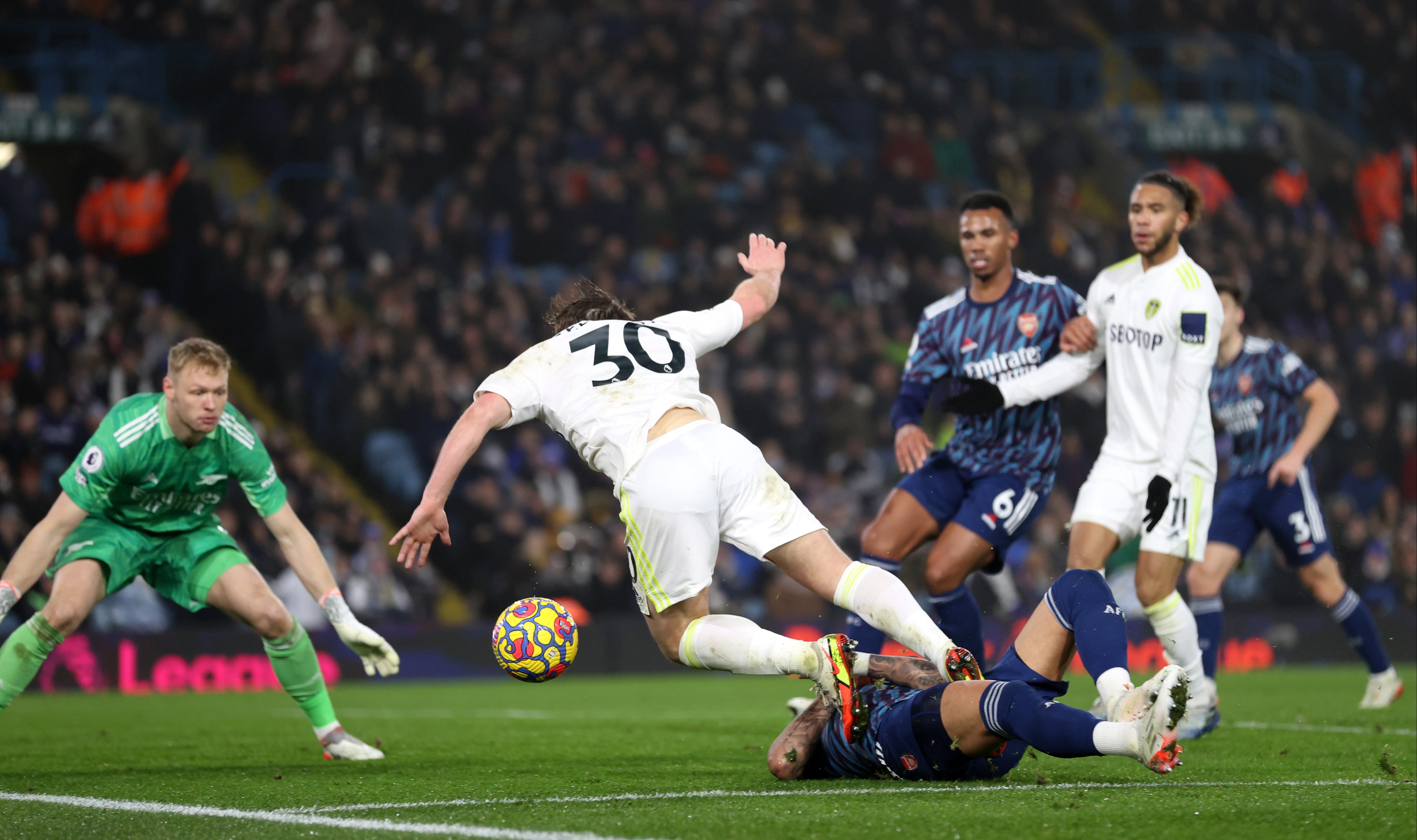 Was his usual industrious self in the middle of the park, winning tackles, marshalling his team-mates.

But Xhaka then showed his quality on the ball with an inch-perfect through ball for Martinelli's second.

Pulled out plenty of wind-up tactics and then, as the home crowd got on his back, left one on Raphinha but escaped without joining Andre Marriner's naughty list. Could have seen another needless red.

A little off the pace early on, despite plenty of action – should have put the Gunners ahead in the opening minutes but skewed wide with the goal seemingly gaping.

But he huffed, he puffed and he got his reward with neat footwork and a deflected shot into the bottom corner.

In his best form in an Arsenal shirt at the moment and continuing to pull the strings from the No10 position – and keeping Emile Smith Rowe out.

Nothing overly spectacular but an all-round fine display – and then turned on the style with his dinked pass for the fourth goal.

Pierre-Emerick who? This lad is a truly special talent and an elite-level finisher. Fired his side in front in devastating fashion with a clinical curler into the top corner.

And then broke through and produced a phenomenal dink to double the scoreline. Absolute flames from the Brazilian from his two shots on target.

His pace and running caused youngster Cody Drameh all kinds of problems, creating a match-high five chances and putting in five crosses, too. Stunning performance.

With Aubameyang outcasted, the stand-in skipper will be enjoying his run as the No9 – and was brilliant at Elland Road, bringing fellow forwards into play, dragging defenders out of position and leading the charge from the front.

Lacazette pounced to pick Adam Forshaw's pocket as the ball fell to Martinelli for the opener. 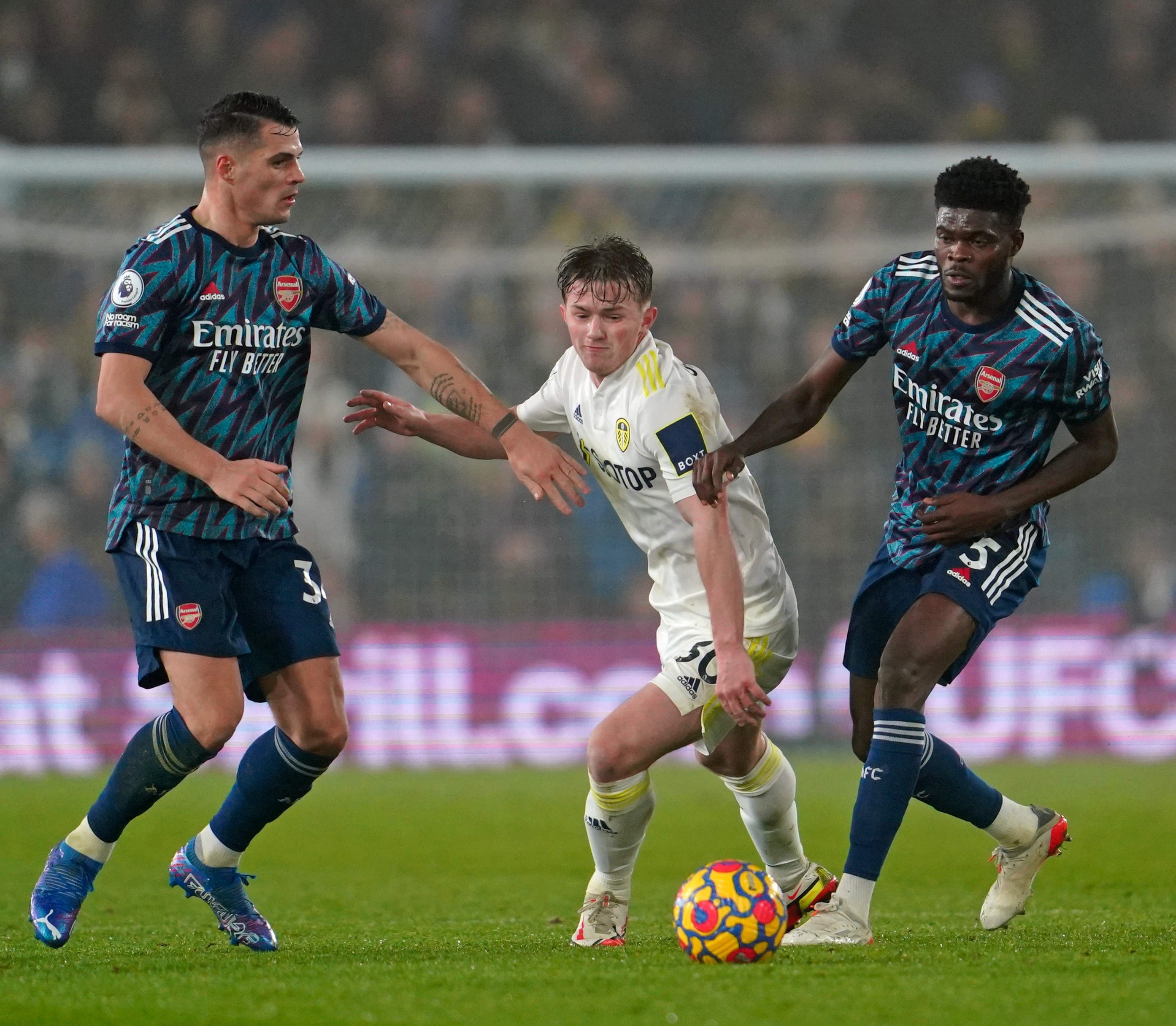 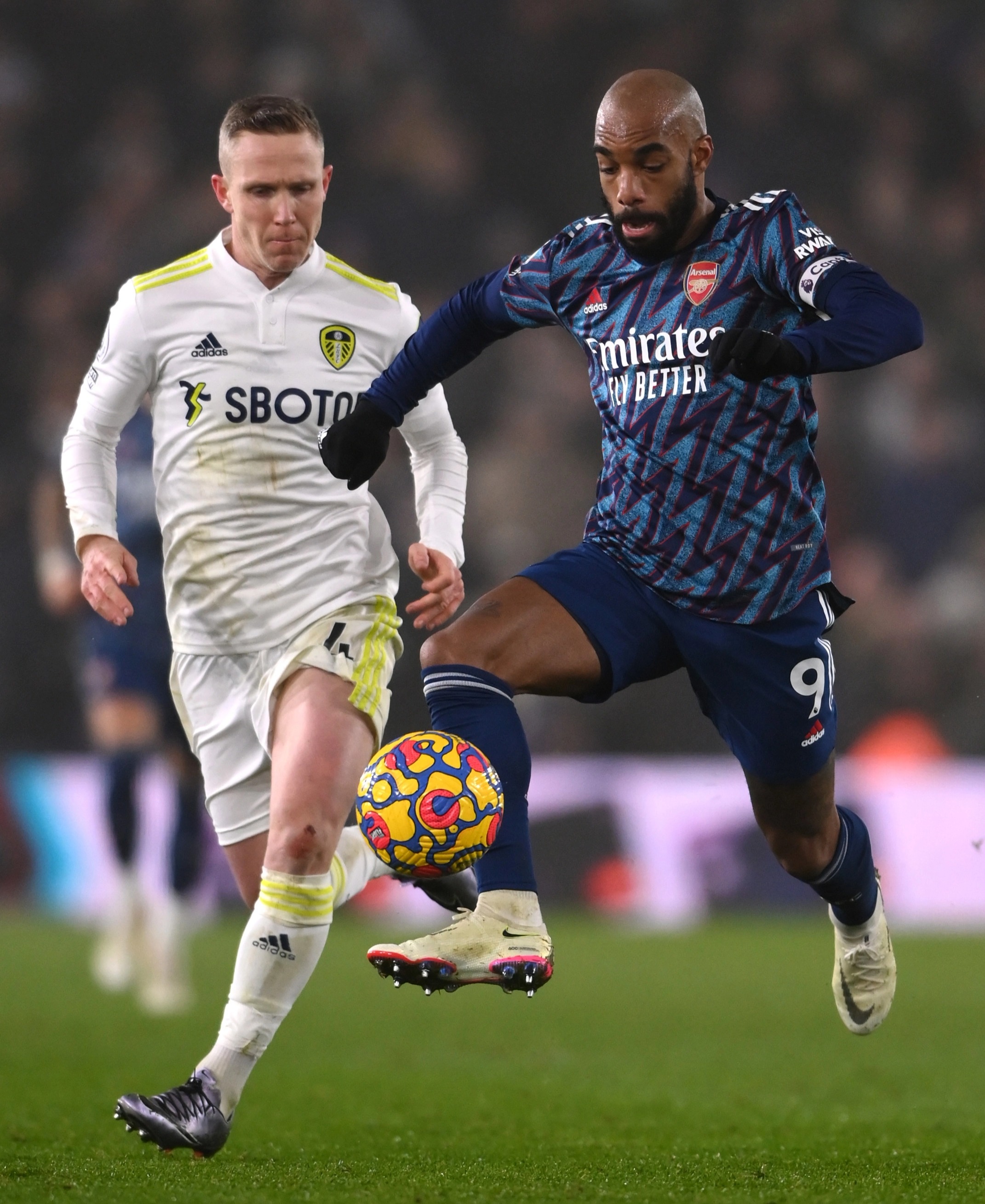 Came on at right-back after Tomiyasu on the end of some rough challenges.

Came on for close pal Saka and continued where his mate left off with a great run off the left channel and a powerful strike past Illan Meslier.

The Norwegian's last touch was the exquisite assist as the Portuguese man came on for the closing stages.