ARSENAL fans have slated "meaningless stats" that shows Granit Xhaka as the second best midfielder for winning the ball back out of the Premier League's top six.

While figures show the Swiss star to be among the best for his dogged work in the middle of the park, Gunners supporters remain unconvinced. 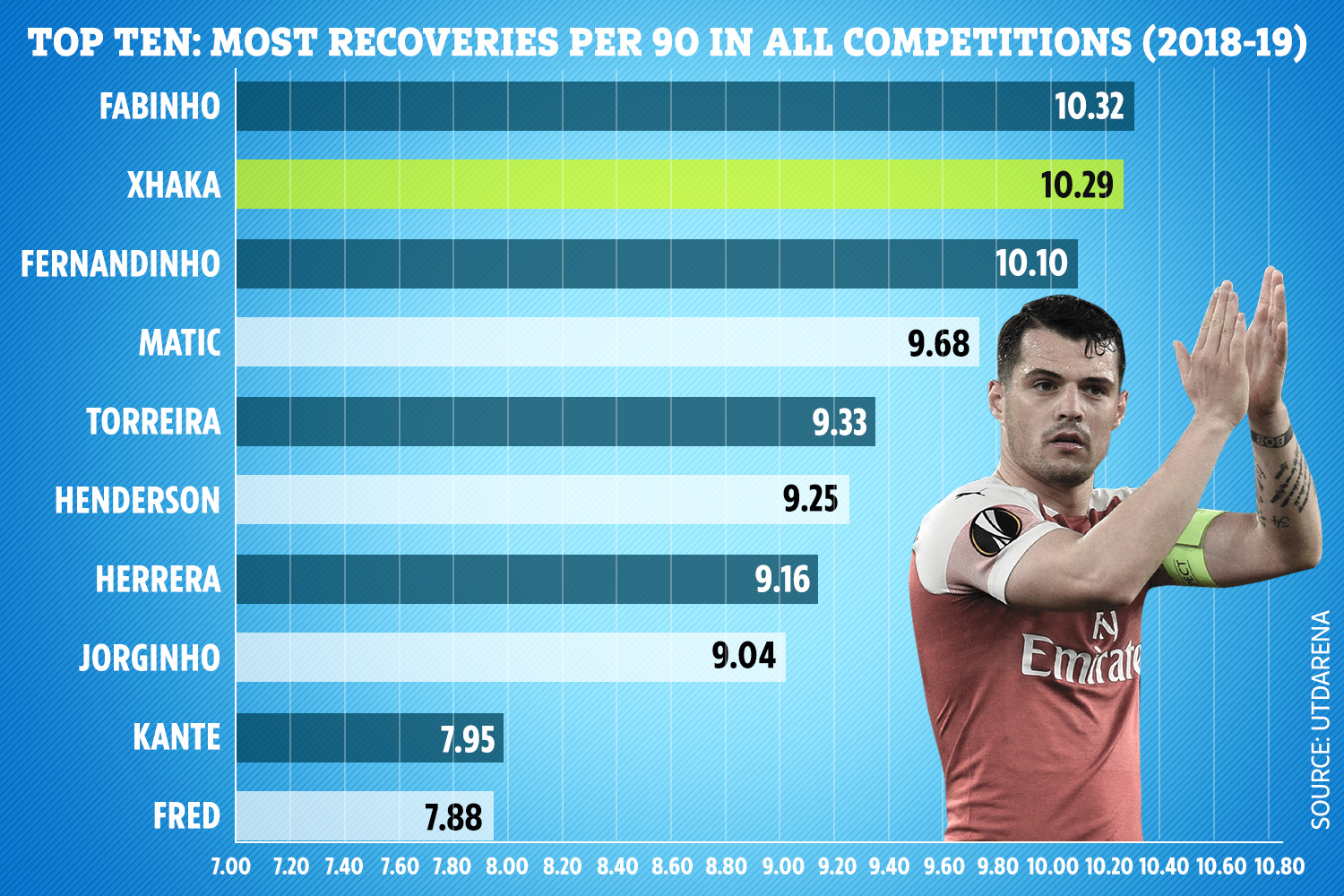 Xhaka recovers the ball an average of 10.29 times over a Premier League game, second only to Liverpool's £40.5million enforcer Fabinho on 10.32.

Despite this, fans were quick to slam the stats for being meaningless.

They pointed out how much Xhaka loses the ball, which then gives him more chances to win it back.

The former Borussia Monchengladbach star was blamed by supporters for conceding possession twice in the build-up to Valencia's away goal in the Europa League semi-final.

One fan wrote: "Xhaka at no.2. That's why stats mean nothing in football", while another agreed, tweeting: "Lol what's Xhaka doing here!"

The midfielder's eagerness to recover the ball may explain why the £38m star has conceded more penalties with a single club than anyone else since signing for Arsenal.

Xhaka gave away his fourth spot-kick in the 1-1 stalemate with Brighton on Sunday and effectively ended the Gunners' hopes of finishing in the top-four.

In October earlier in the season, he was guilty of hacking down Wilfried Zaha at Crystal Palace. The penalty allowed Luka Milivojevic to equalise and end Arsenal's ten-game winning streak.

In January 2017, Arsene Wenger warned him to concede fewer penalties after bundling over Ryan Fraser in a 3-3 draw with Bournemouth.

That was just a month after he elbowed Stoke's Joe Allen in the box in a 3-1 win – resulting in the first spot-kick he conceded in an Arsenal shirt.

Despite making three key passes and two tackles while recording a passing accuracy of 90 per cent, Xhaka then undid all his good work by bundling over Solly March.

He was labelled the world's "most senseless footballer" for his challenge but other fans said March should "hang his head in shame" for "truly awful" diving.

But that wasn’t good enough for former Arsenal star Emmanuel Frimpong, who took to social media to state that he'd rather watch a one-legged Aaron Ramsey play.