ARSENAL fans are convinced legend Santi Cazorla is ‘coming home’ after the Gunners tweeted his photo at the Emirates next to a simple but compelling message.

Underneath a snap of the crowd favourite, who has been linked with a Spanish dream ticket coaching partnership with Arsenal boss Mike Arteta, were the words: "Santi. That's it. That's the tweet." 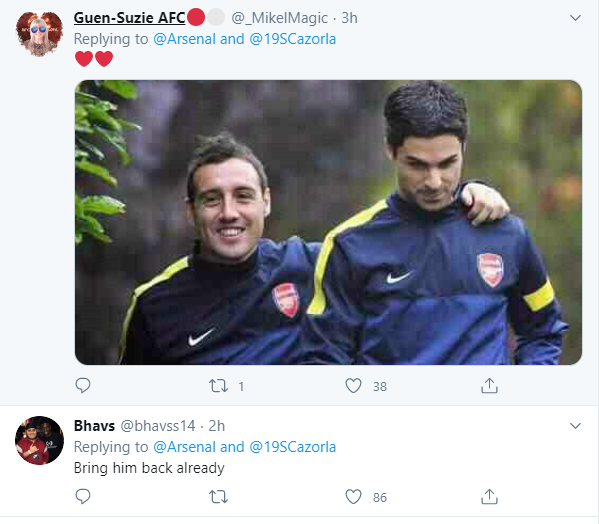 Playmaker Cazorla, 35, whose Villarreal contract runs out this summer, has already admitted he would love to return to the Emirates, especially as a shocking leg injury robbed of a "proper goodbye" in 2018.

And earlier this year he said he still dreamt of playing "one more game" for the Gunners.

Now Arsenal's social media suggestiveness has left supporters drooling over the "magician" possibly taking a leading role as a coach.

Many urged the Gunners to "bring him back" and queued up to label him one of the top Arsenal stars of the past two decades.