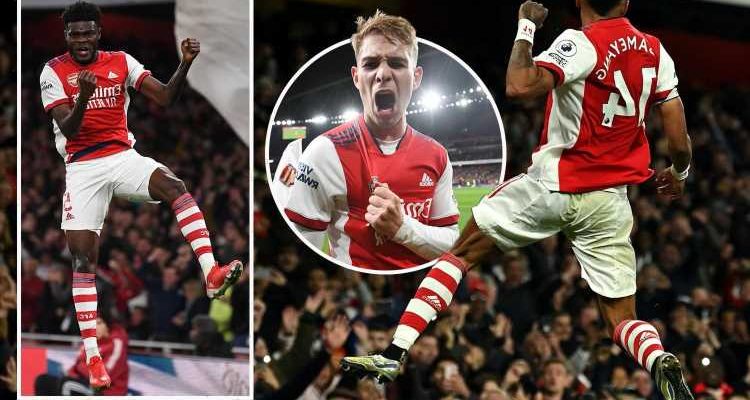 The Arsenal boss feels his team have been too cautious whenever they have taken the lead in recent weeks and failed to kill off struggling opponents. 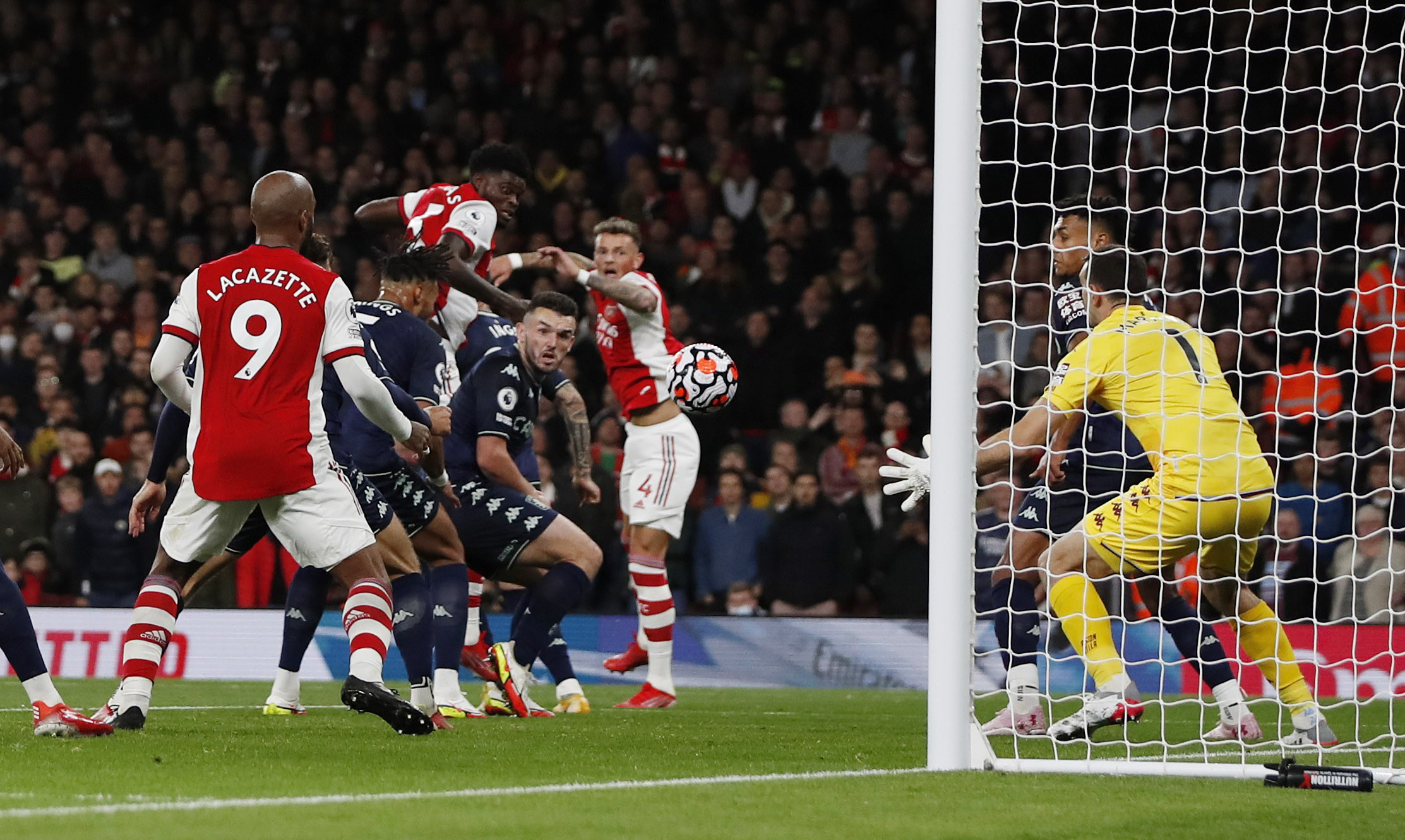 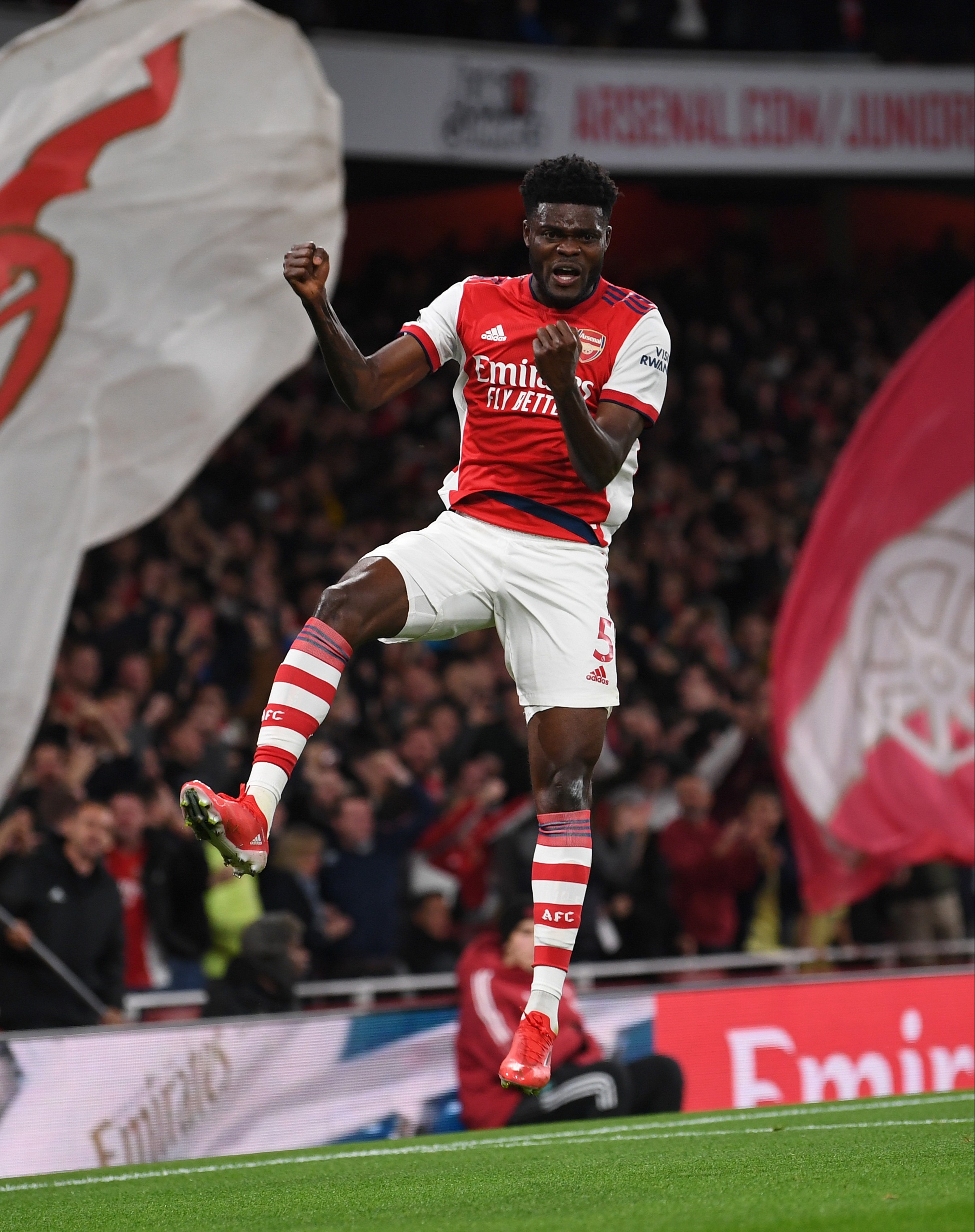 But he could have no complaints this time as sorry Villa were blown away by a hurricane of Arsenal attacks.

But it was only when skipper Pierre-Emerick Aubameyang doubled their lead deep into first-half stoppage time that Arteta could finally start to relax.

Dean Smith’s men thought they had just about weathered the storm as they prepared for a much needed half-time cuppa.

But they were stopped dead in their tracks when ref Craig Pawson was told by VAR Michael Oliver to check Matt Targett’s lunge on Alex Lacazette before eventually pointing to the spot.

Officially there were just four seconds of stoppage time remaining when Targett committed his foul. 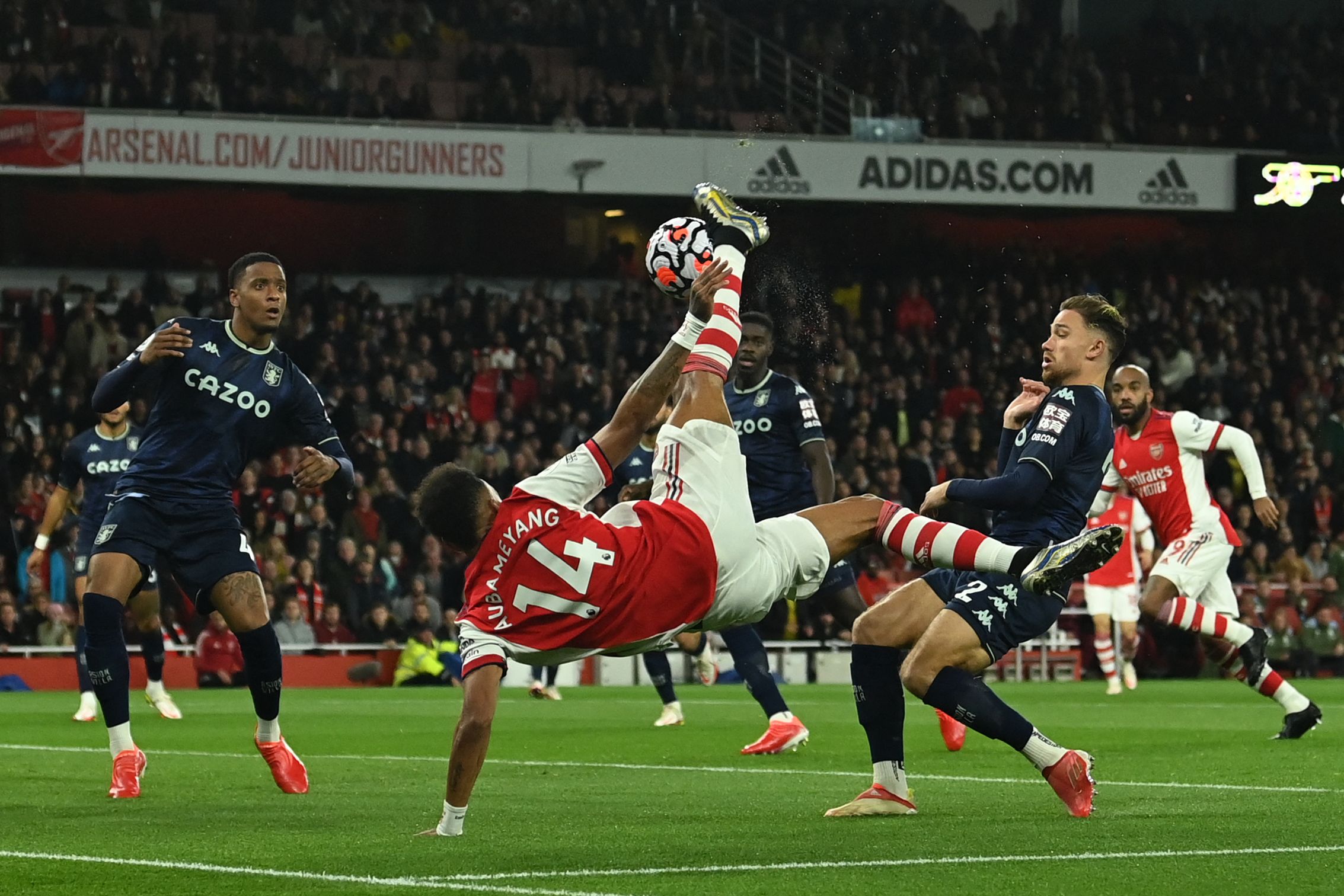 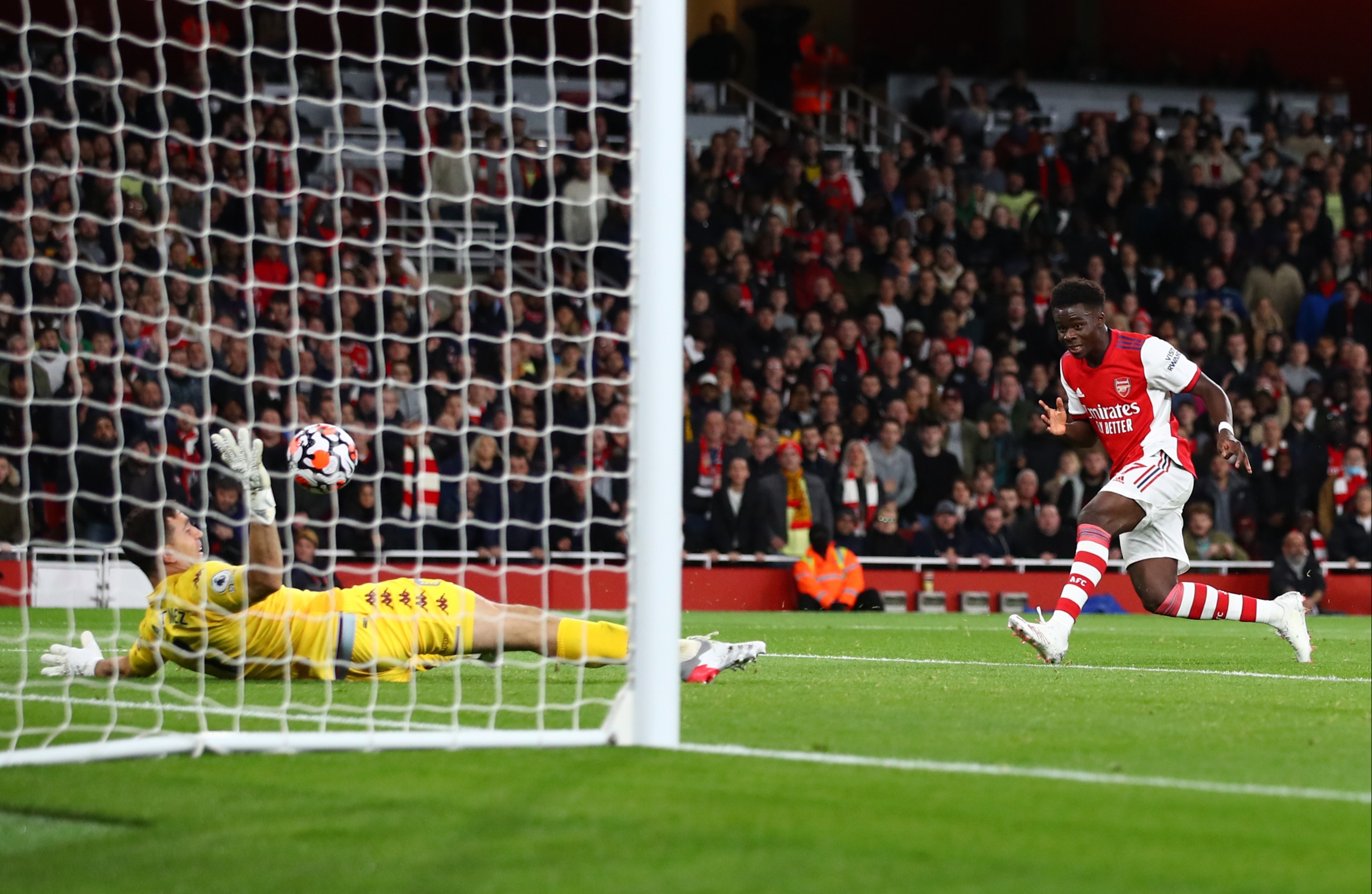 But there was still time for former Arsenal keeper Martinez to try all his old tricks to distract Aubameyang as he placed the ball on the spot.

The Argentine international has plenty of form for that and used all kinds of mind games when saving three times in a Copa America shoot-out against Colombia.

And of course he famously taunted Cristian Ronaldo before Bruno Fernandes blasted over when Villa beat Manchester United last month.

This time he attempted to shake Auba’s hand in an effort to get into his old pal’s head.

And it almost worked as he dived to his right to claw out the shot.

Unfortunately for Martinez, there was still enough time for Aubameyang to ram home the rebound for his seventh goal of the season.

And there was no coming back from that before Emile Smith Rowe secured the points against the club who tried to sign him in the summer.

It was easily Arsenal’s most impressive performance of the season and Villa must have known it was going to be one of those nights when Ollie Watkins was booked before they had even kicked the ball. 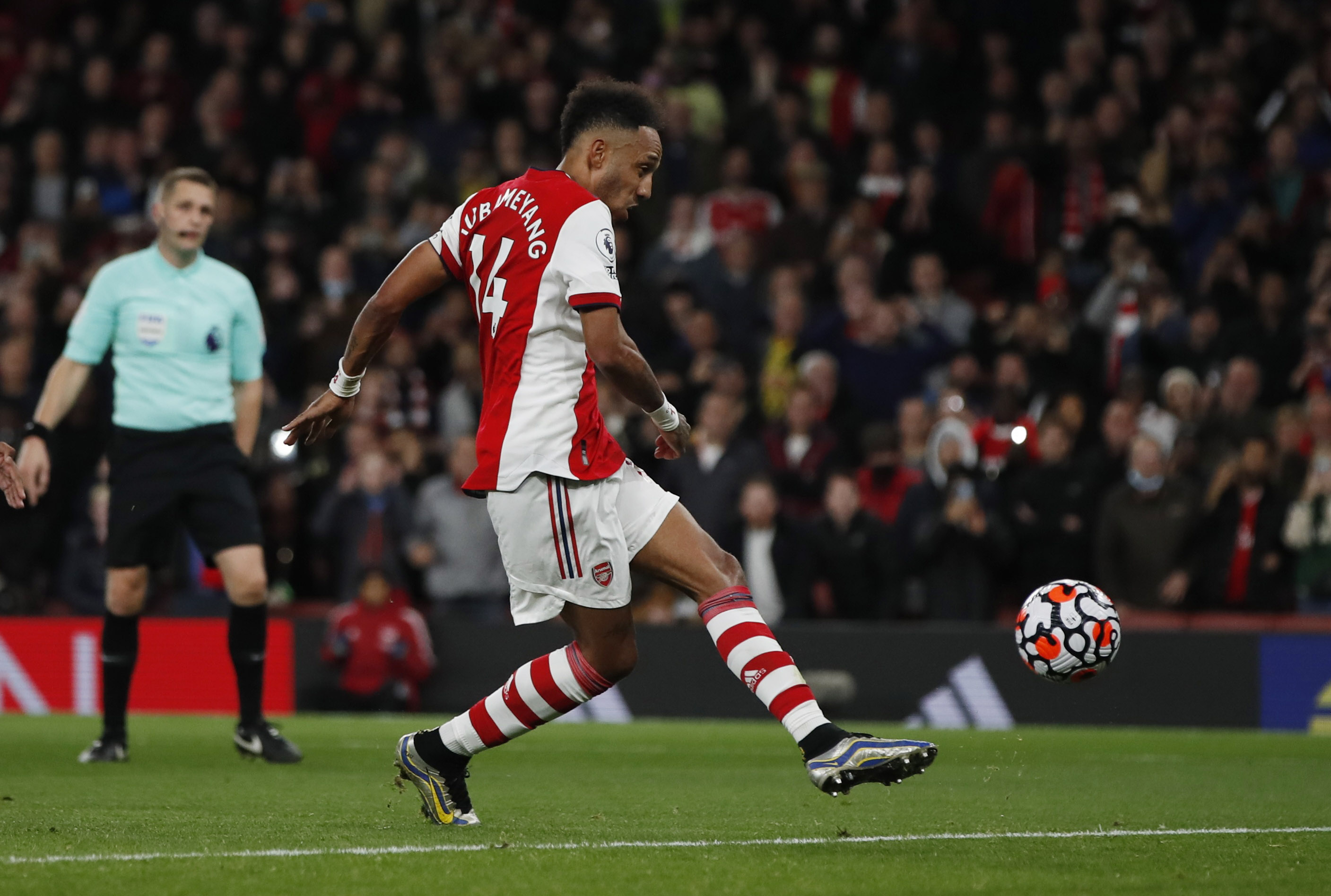 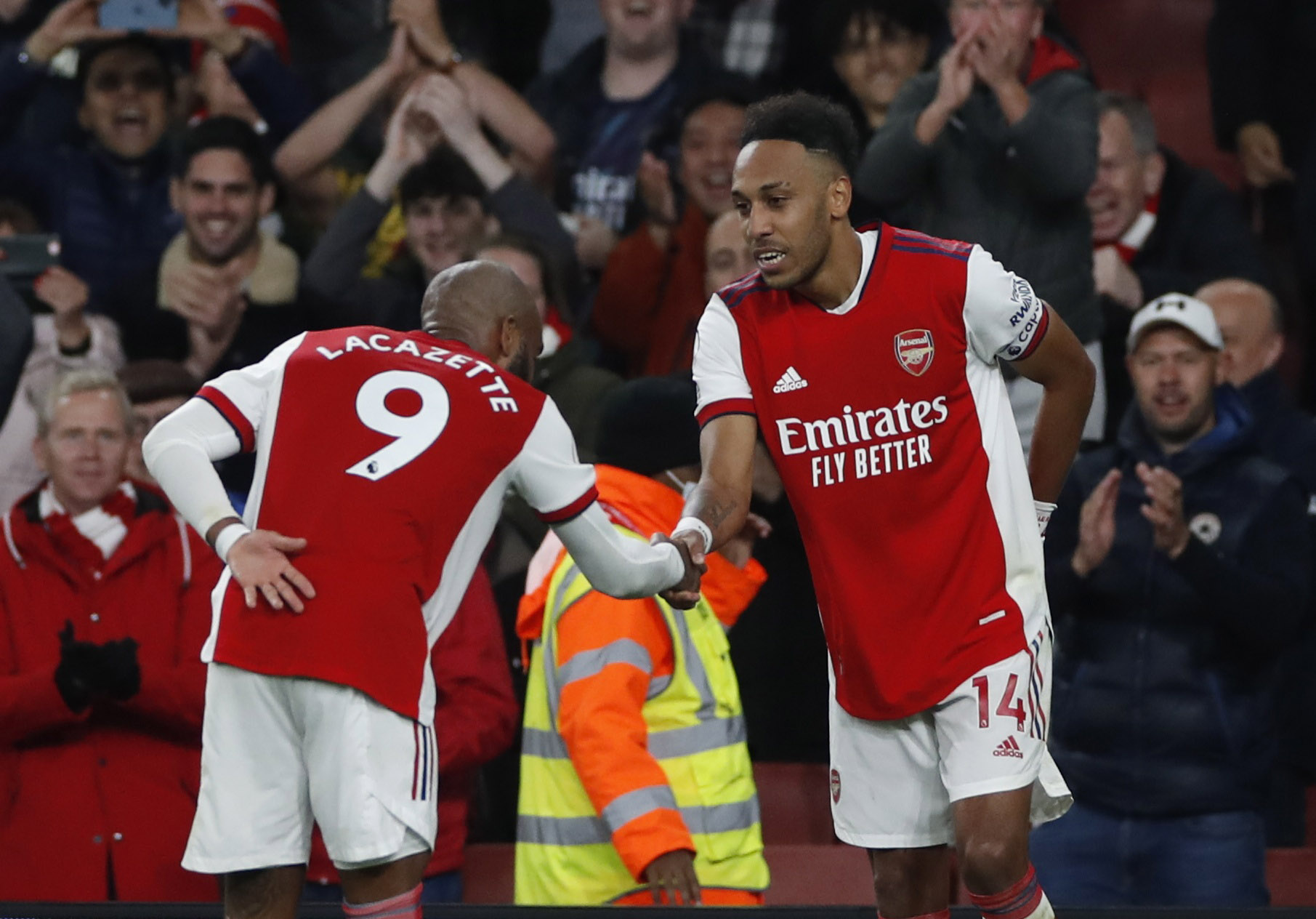 There were only 30 seconds on the clock when he sparked a brief melee by throwing Gabriel to the ground as the Arsenal defender shepherded the ball back to Aaron Ramsdale.

It was one of the few occasions they managed to cross the halfway line as they were pinned back in their own area by the ferocity of Arsenal’s early intent.

Aubameyang got an attempted overhead kick all wrong after just three minutes and Nuno Tavares burst through to fire over seconds later.

And Lacazette was far from impressed when he was caught by an elbow to the head from Tyrone Mings without even getting a free-kick.

It was breathless stuff from an Arsenal team desperate to force a breakthrough and Villa were struggling to keep up.

Bukayo Saka’s 20th minute free-kick was smashed against the bar from close range by Partey as all hell broke loose in the visitors’ six-yard box.

But the Ghanaian powerhouse was not to be denied and three minutes later finally opened his Arsenal account  when he bundled home from Smith Rowe’s corner.

It was hardly the most beautiful of goals, with the ball coming off Partey’s back and shoulder. 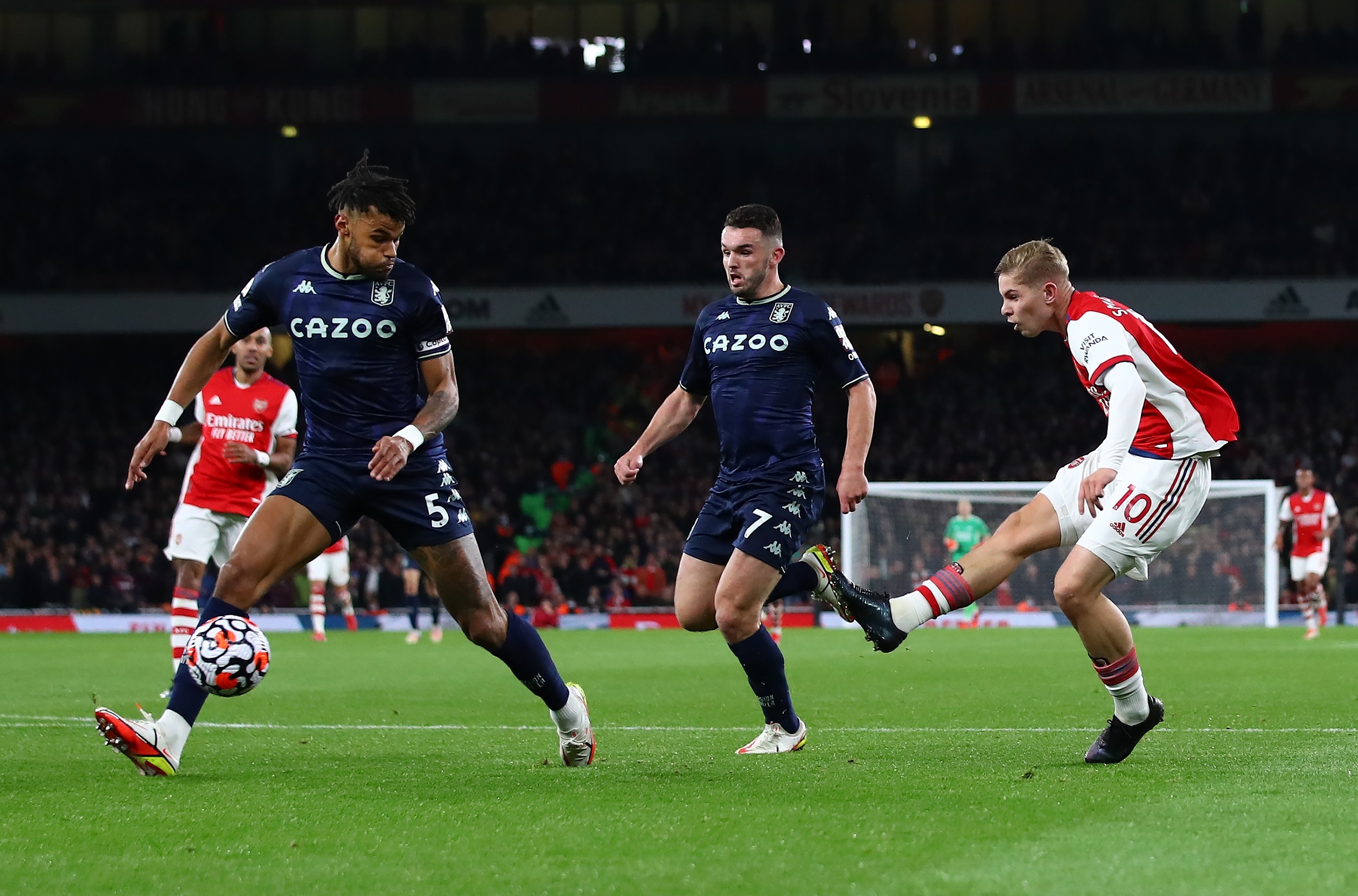 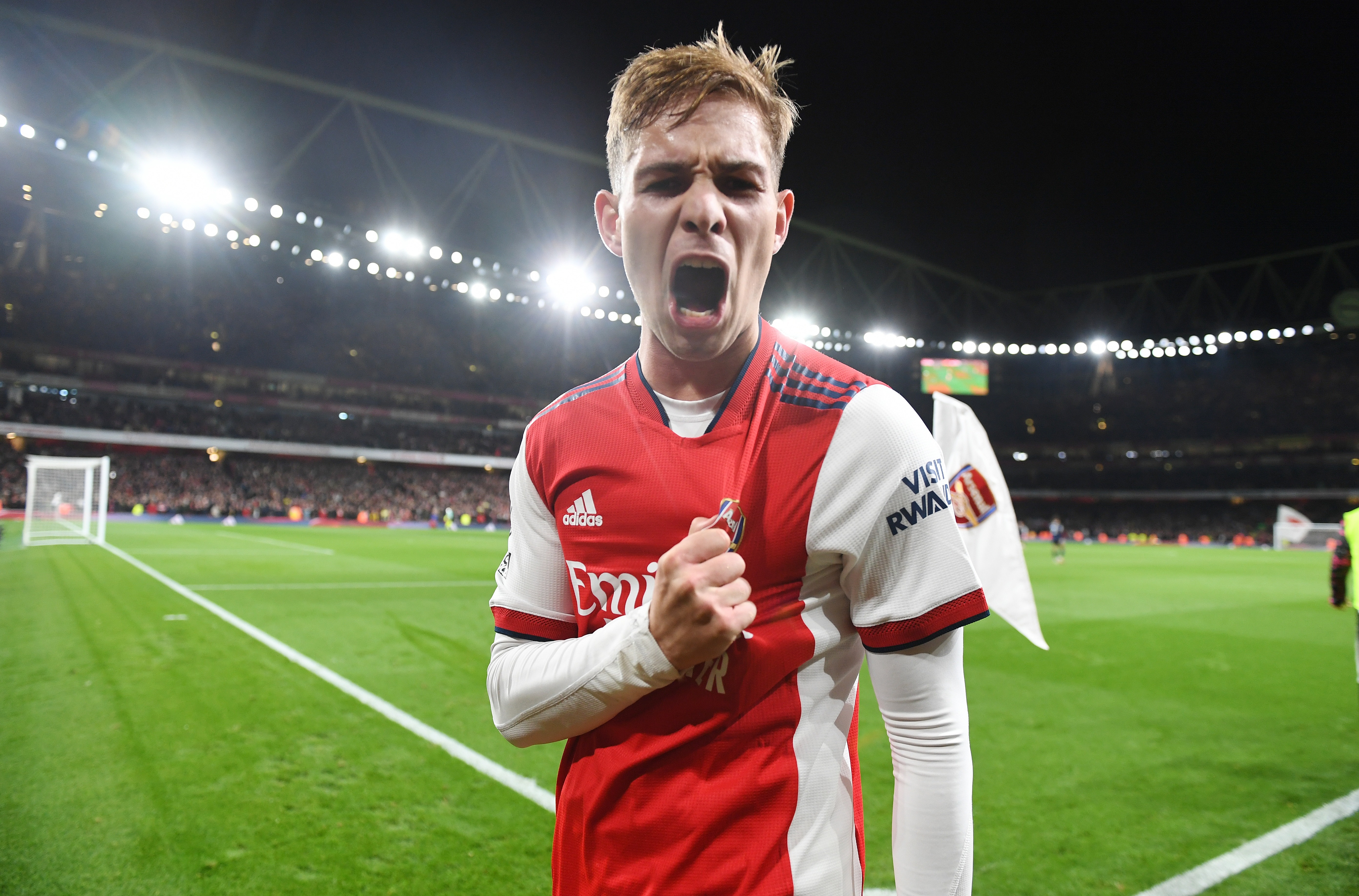 And Martinez will certainly feel he should have done better as he was slow to react before allowing the ball to bounce under his dive.

But no one could deny that it was a goal that had been coming after all of the Gunners’ constant pressure.

Villa’s only answer to the onslaught was to take turns fouling their opponents, with Mings and John McGinn seeing yellow for late tackles on Lacazette and Albert Sambi Lokonga.

They should have fallen further behind when Tavares teed up the unmarked Saka but Martinez saved with an outstretched leg to make amends for his earlier error.

But Aubameyang’s goal, officially scored in the sixth minute of first-half stoppage time, ended any ideas of a Villa comeback.

They briefly threatened at the start of the second-half, with Ramsdale finally being forced into his first meaningful save by Watkins before Ben White dived in to thwart Danny Ings. 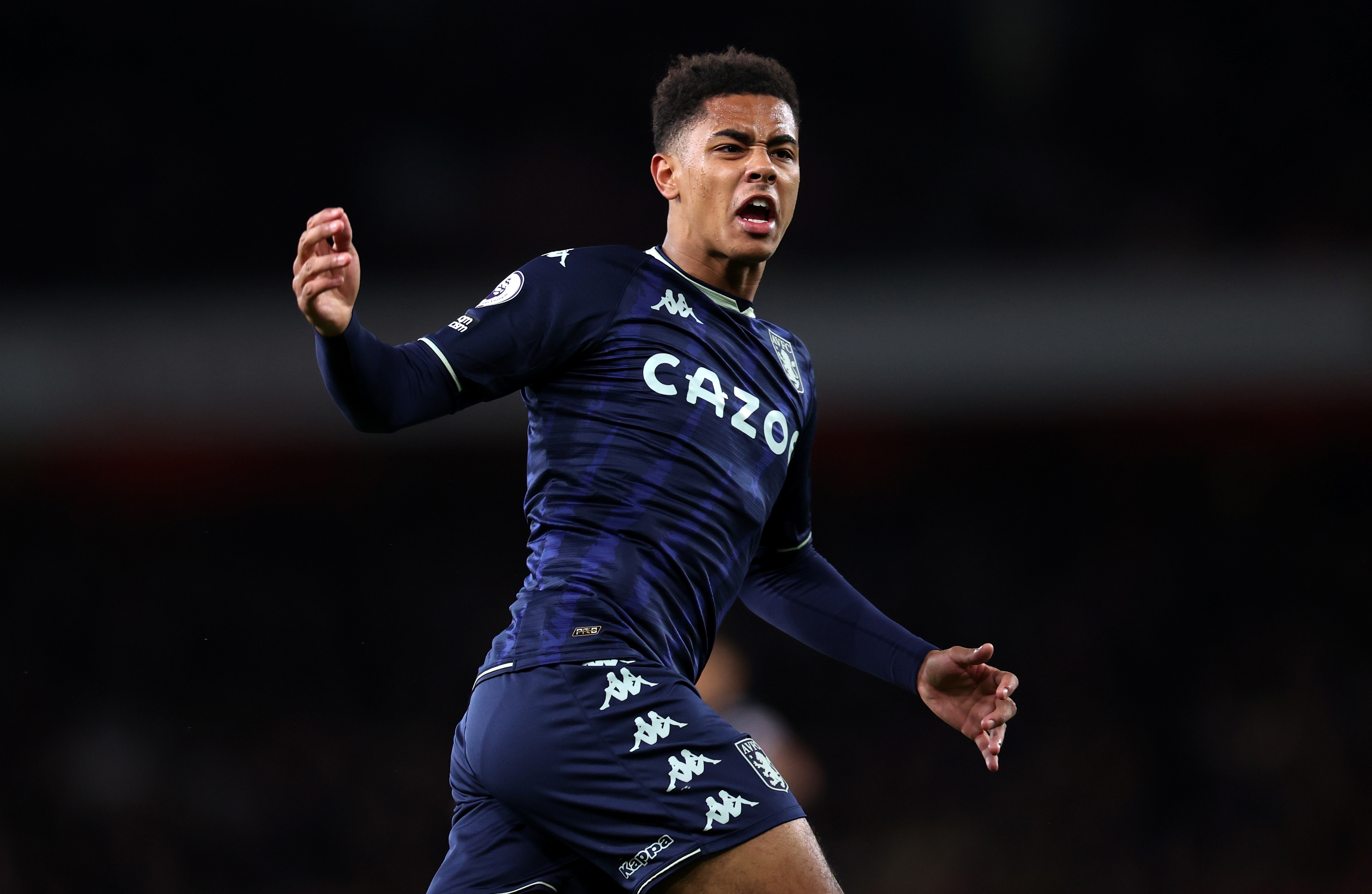 But they were done and dusted in the 55th minute when Smith Rowe beat Martinez off the near post with the aid of a deflection off Mings.

Substitute Jacob Ramsey briefly gave the visiting fans something to cheer when he sidefooted one into the top corner with nine minutes remaining.

But even a team as short on confidence as Arsenal were not going to throw this one away.