ANTHONY JOSHUA has revealed why he attempted to try and outbox Oleksandr Usyk – and says he knows two ways to win the rematch.

The British star was heavily criticised for trying to match the crafty Uktainian for boxing skills when the pair fought at the Tottenham Hotspur Stadium last month. 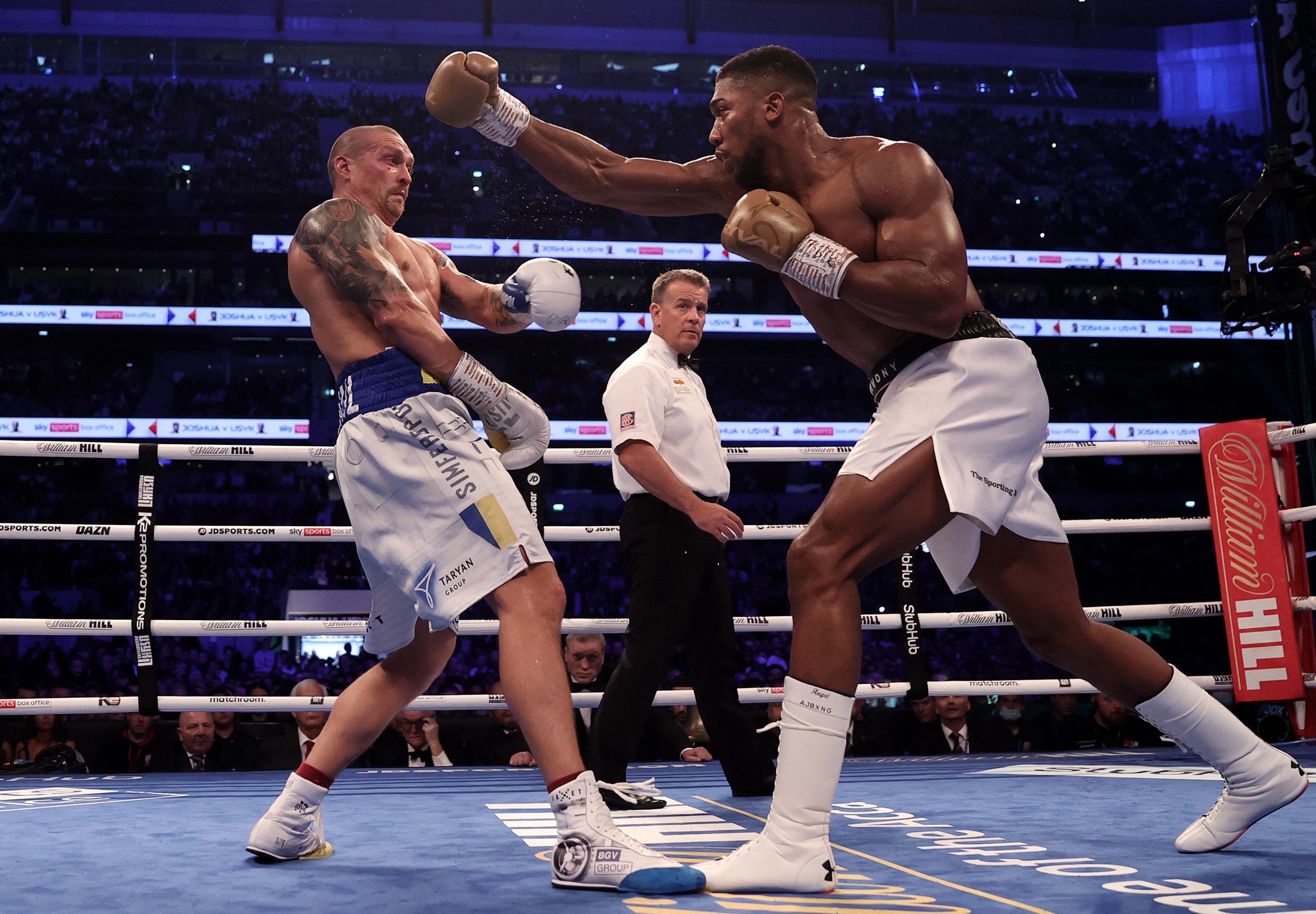 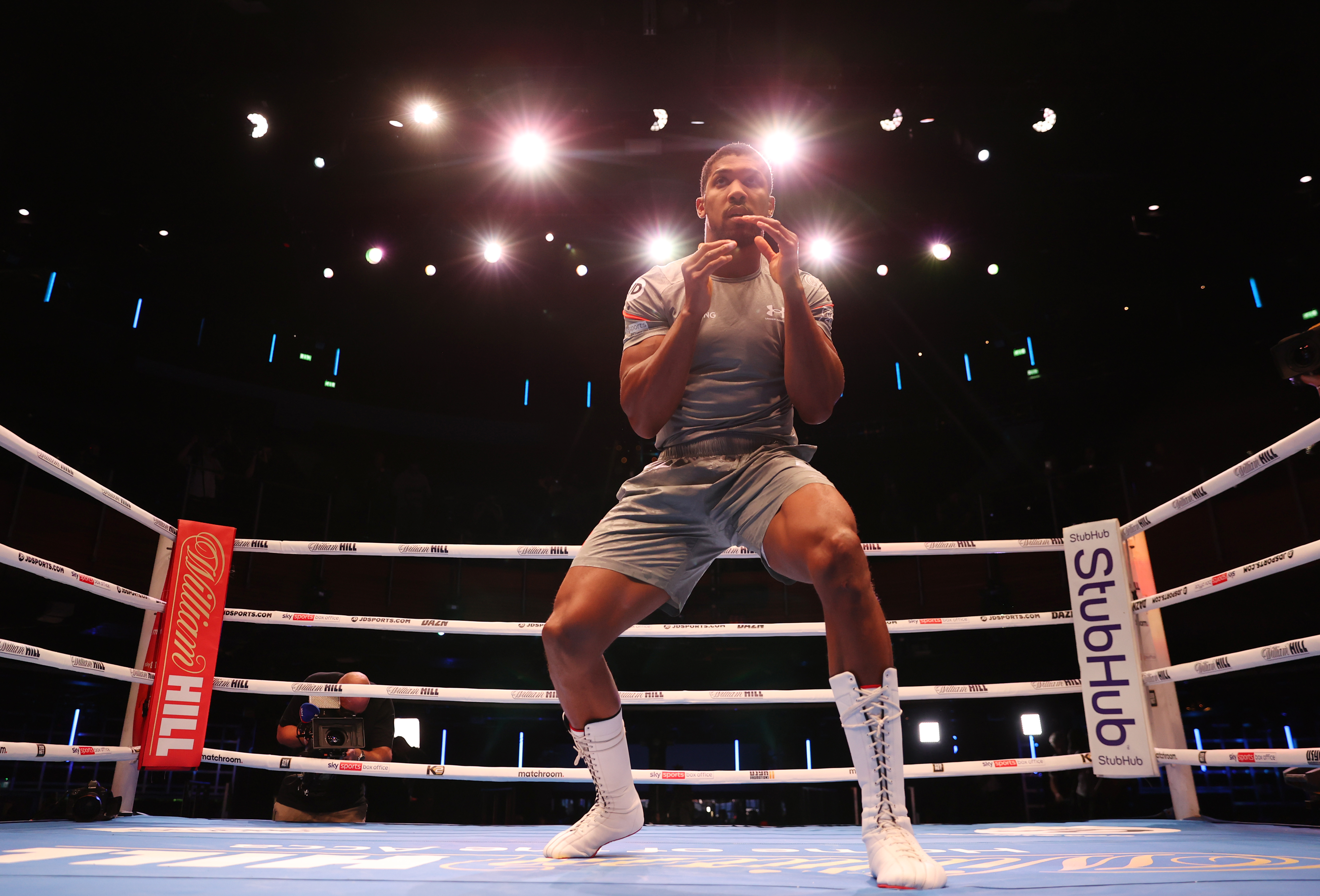 That game plan resulted in Joshua losing his heavyweight belts for a second time.

The 32-year-old has already invoked his rematch clause and is expected to battle the newly-crowned champ again around March.

Joshua, who has been in the US working with an array of fellow boxers and coaches, has now had over a month to reflect on his crushing loss.

And this week he opened up to IFL TV about his tactics for the fight, saying: “I’m a 12 round fighter and you saw in the other fight (Fury vs Wilder) a few weeks after that after two or three rounds the energy was depleted.

“It’s not really, what I thought, the right way of boxing. I started working on different elements of my boxing and boxing the same in round one as round twelve, learning to slip and roll shots better etc.

“The obvious thing was to go out there and use a lot of my natural ability but after a while in my career I started thinking that I want to scrap what I can naturally do and improve certain areas that I was weaker on.

“But with that fight, it’s clear that styles make fights, and I adopted the wrong style.

“That’s not to say next time I’ll go out there and swing like a mad man, but I have certain strengths that will cause him and a lot of other people a lot of problems.”

When asked whether going in there next time and bullying Usyk physically was the only way to win, Joshua replied: “There’s two ways.

“Remember that Usyk was a heavyweight from the WSP time and dropped down to cruiserweight. He probably realised that he’s one of the smaller heavyweights at that time and he’s built himself up.

“He had about 400 amateur fights and he’s seen people try and rough him up millions of times so just to have that one style is silly.

“I have one thing on my mind and that’s war, that’s murder – just to go out there and hurt the guy and take his soul to the point where he wants to give up. That’s what boxing’s about.

“I’ve learned that if you hit people constantly and keep on applying the same amount of pressure then they will realise you are not going anywhere and that you’re here to stay.

“That’s all I have in my mind at the minute – that one track and to stay on course and take this guy to places he doesn’t want to go.

“And the game plan from the coaches, let them come up with it. I haven’t got time to be sat there studying this guy a million times and looking at tapes to analyse.

“Let the coaches feed me that information. I’m a product of the environment I place myself in.

“But the mindset is something that I control and all I know is that my mindset is not just on – it’s important to have – jab, sit back, counter, hit, don’t get hit, slip… it is boxing but heavyweight boxing is war as well and there is no hit and not get hit. You have got to sometimes walk through punches.”