ANTHONY JOSHUA'S dad told him to smarten up after his embarrassing defeat to Andy Ruiz Jr.

The Brit is already plotting his return to the top after losing all four of his world title belts to the Mexican in one of boxing's biggest upsets. 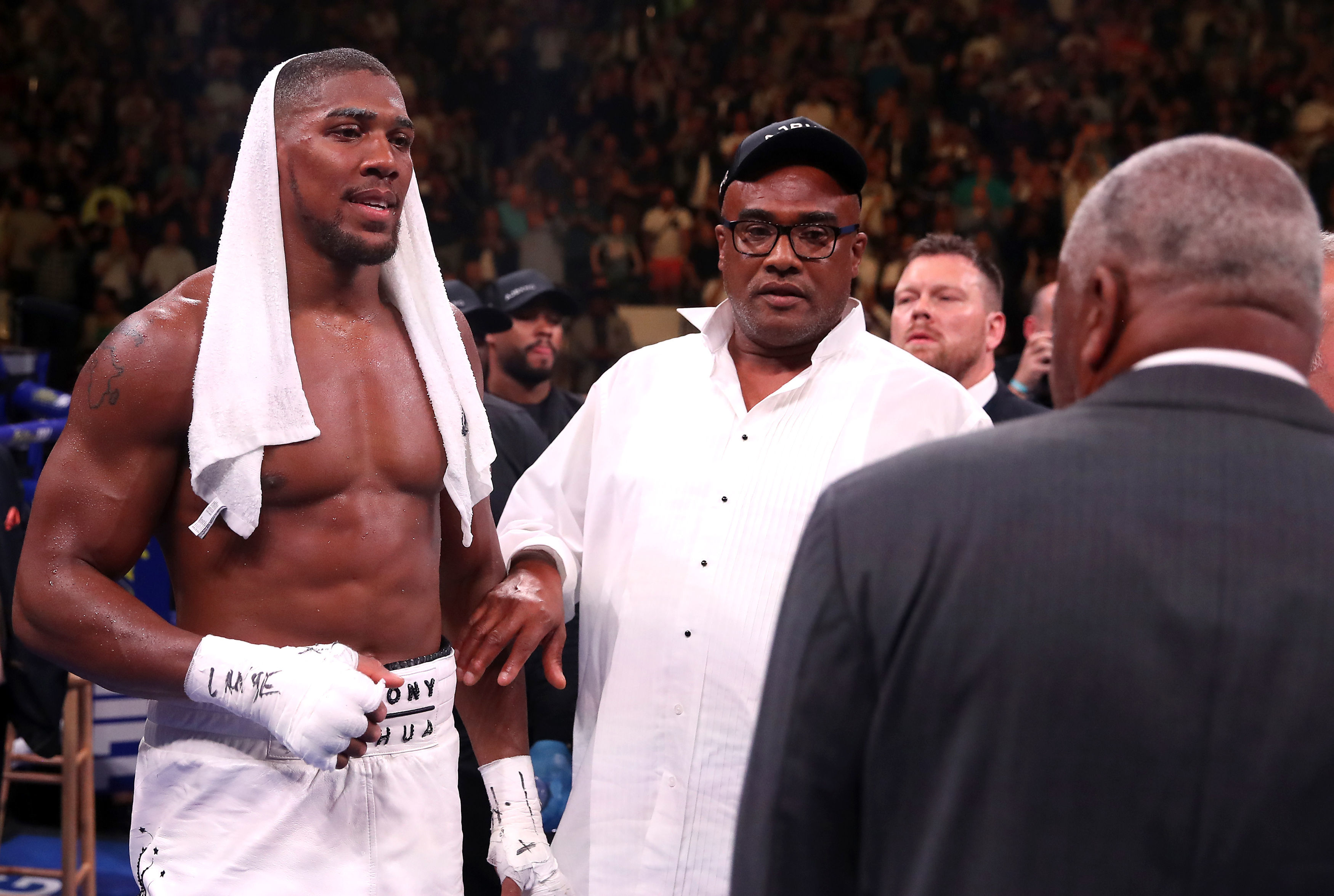 His father, Robert – who had to be held back by AJ from confronting Eddie Hearn in the wake of the defeat – has given him some advice on the future.

Joshua, 29, said: "My dad's upset. Losing isn't a good night, but it's something we can learn from.

"My dad said, 'Tighten up and get smart. When things are going good, nothing's going wrong, then something bad happens, you realise'.

"Dad’s upset, natural reaction. Mum’s cool. She doesn’t come to the boxing. So she separates the two – son from boxing.

"Whole team, soldiers. Check, 'You alright, you all good.' And we roll with the punches. Good and bad."

Joshua's dad Robert appeared to be furious inside the ring in the aftermath of his son's defeat.

While Hearn was being booed by the Madison Square Garden crowd and giving an interview to Sky Sports, Robert attempted to charge towards the promoter.

Joshua noticed his reaction and was forced to hold him back.

AJ was floored FOUR times by Ruiz Jr before the fight was stopped in the seventh round.

The devastating loss has raised serious questions over his next bouts, with proposed contests against WBC champion Deontay Wilder and Brit rival Tyson Fury in doubt.

But Joshua described the experience as simply "part of the legacy".

He said: "Boxing is a tough sport, but I train hard and I got beaten by a good fighter.

"It will be interesting to see how far he goes, but this is all part of the journey.

"Congratulations to the first Mexican heavyweight champion. We bounce back.

"I'm a fighter by heart, boxer by trade, it has got people talking and there's more life in the heavyweight division.

"This is the risk we take, every fighter deserves respect so congratulations to him.

"I respect every fighter, this is all part of the legacy, it's how strong I came back.

"He's a champion for now, I shall return." 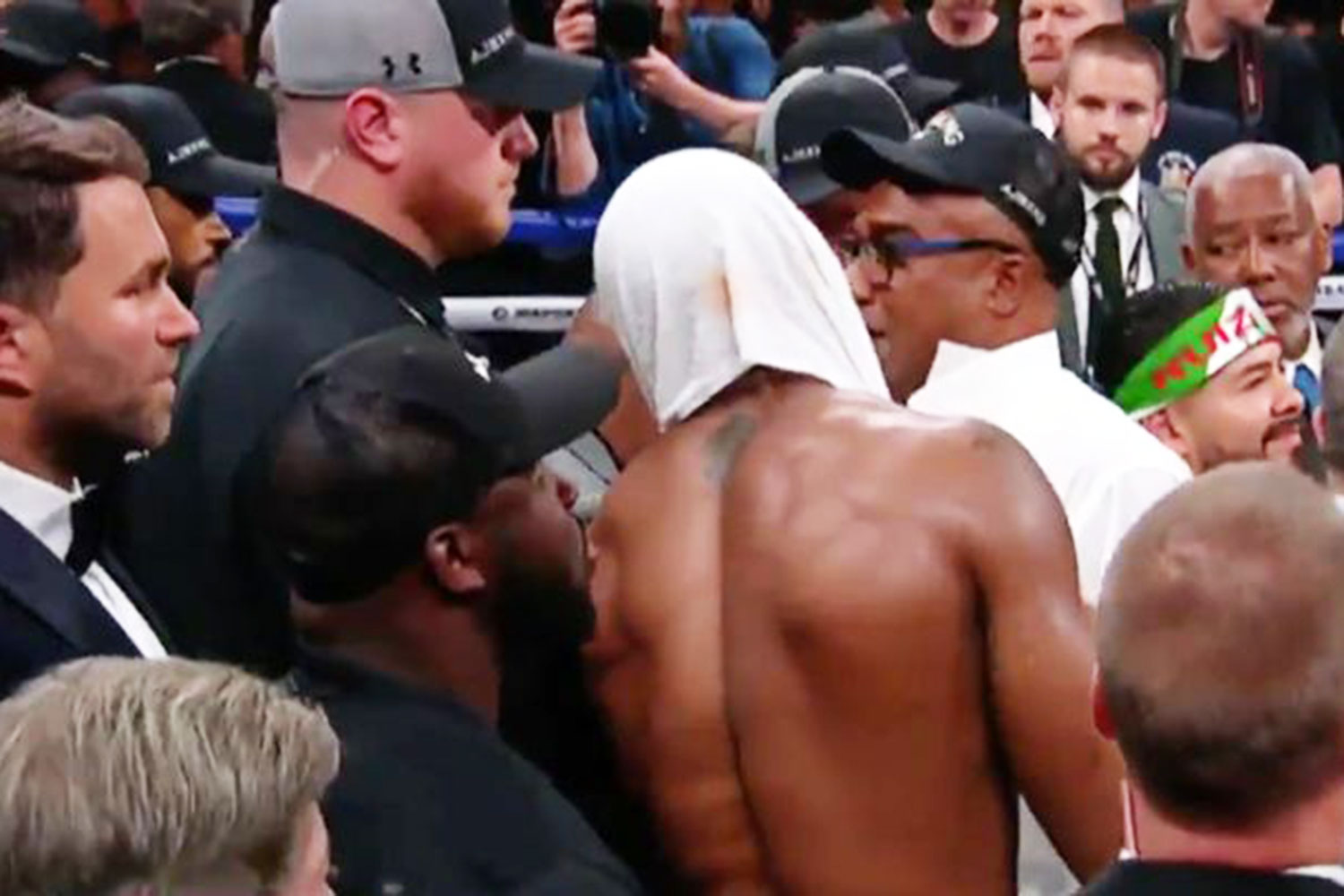 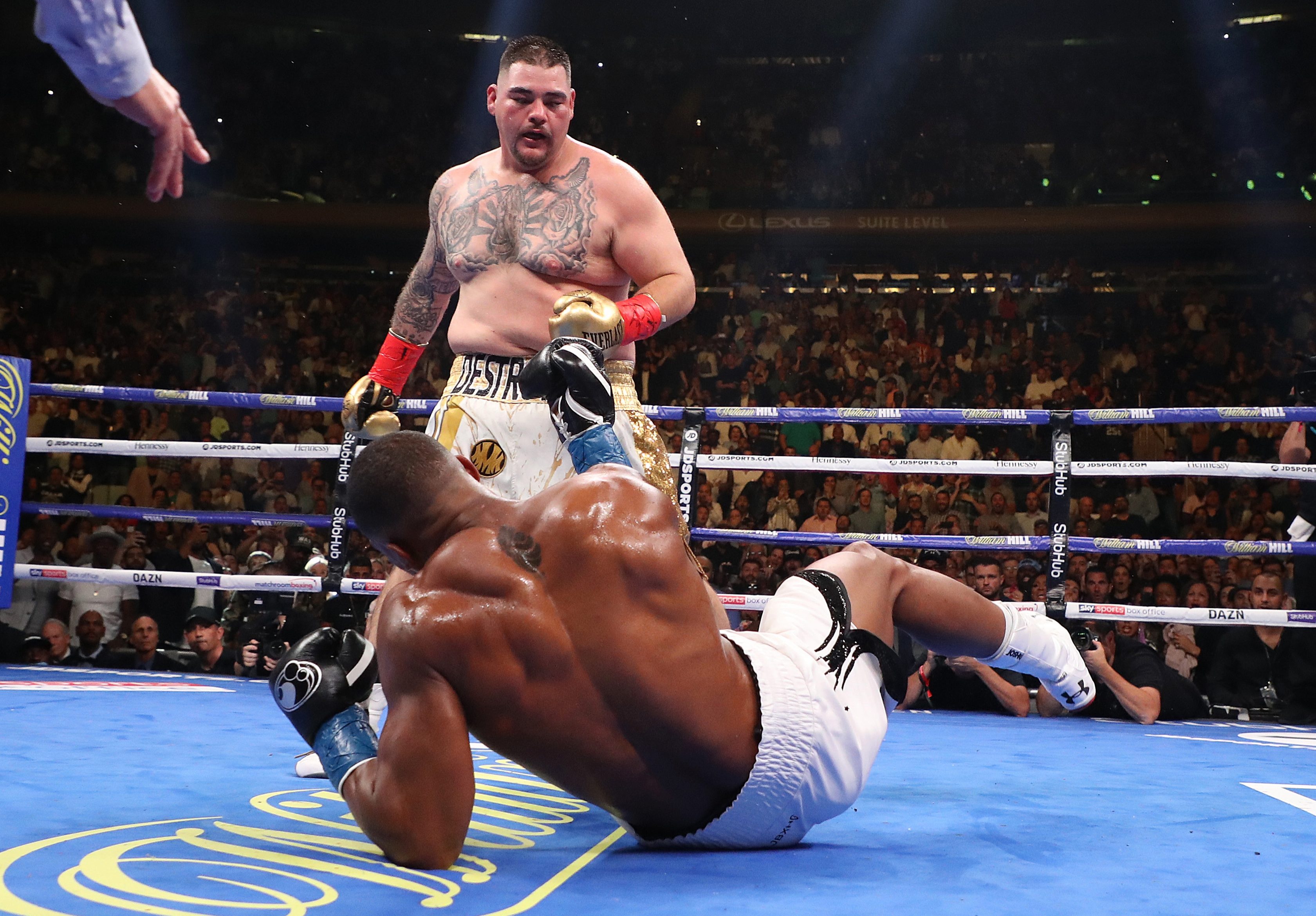