ANTHONY JOSHUA has been forced by doctors to stay at home for TWO DAYS after his beating from Andy Ruiz Jr that could delay his sheepish return to England.

The 29-year-old was dropped four times at Madison Square Garden on his way to a first professional defeat – and one of boxing's biggest-ever shocks. 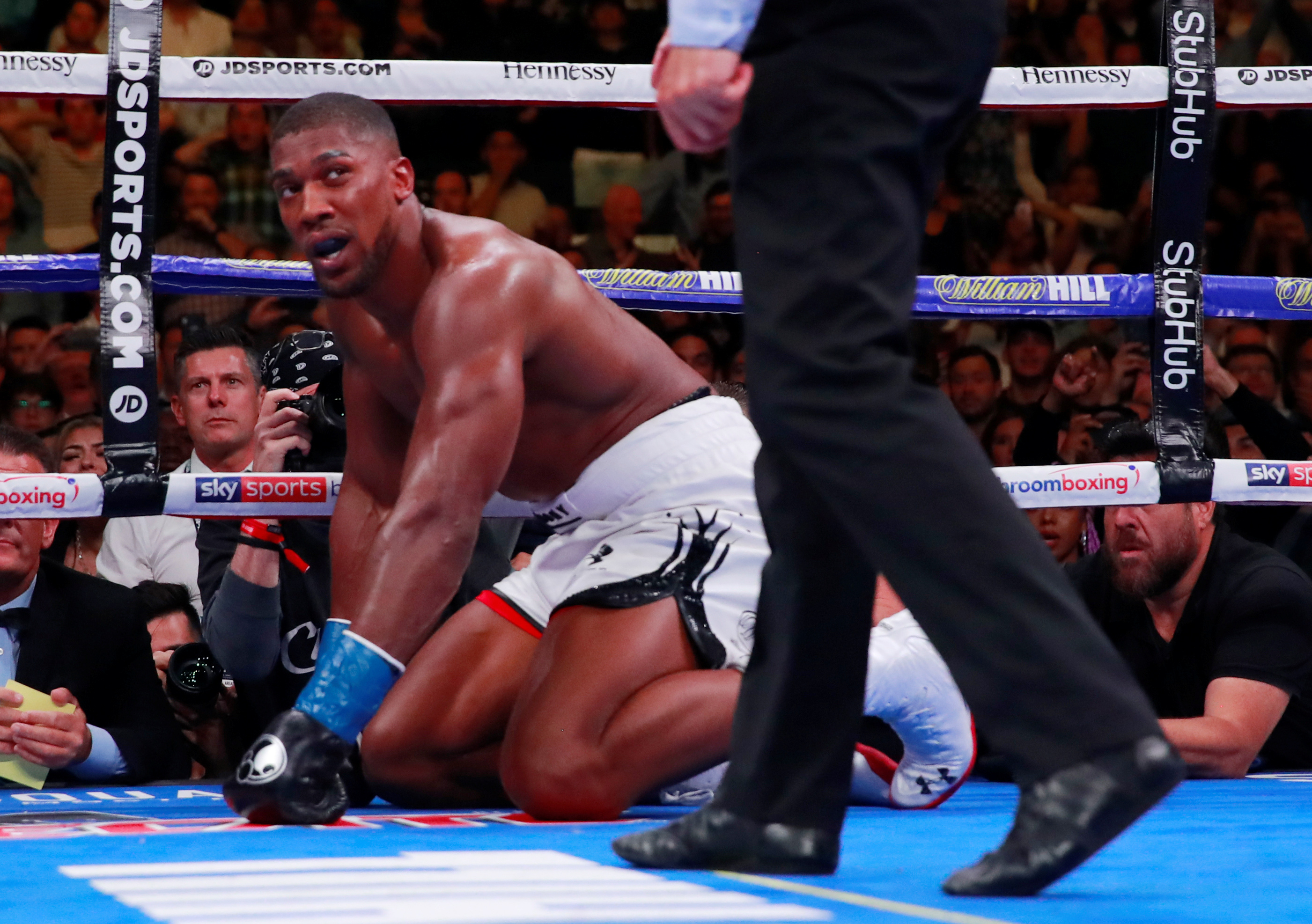 The Brit lost the WBA, IBA and WBO heavyweight belts in a seventh-round stoppage to wreck a money-spinning unification showdown with bitter WBC rival Deontay Wilder.

The 2012 Olympic gold medallist was absent from the post-fight press conference following the humiliating defeat because he was undergoing a concussion test.

SunSport understands US doctors have told AJ to not leave the house for two days, which may mean his flight back to the UK on 10th June is pushed back.

Joshua is still licking his wounds after losing his unbeaten record in his 23rd professional fight after being destroyed by 25-1 underdog Ruiz.

But Joshua, who still earned £18million from the catastrophic defeat, is first desperate for a rematch against Ruiz at the end of the year.

However, Matchroom promoter Hearn warned the Watford-born boxer that he may never recover after the humbling KO by the Mexican outsider.

He also slammed Wilder after the bout for kicking Joshua when he's down after the Bronze Bomber mocked his heavyweight rival.

While Tyson Fury showed his class by sending the deposed champion a message of support, as he told him to "rest up, regroup, recover and come again".